LaPierre Fights To Stop The 'Nightmare' Of Background Checks

LaPierre Fights To Stop The 'Nightmare' Of Background Checks 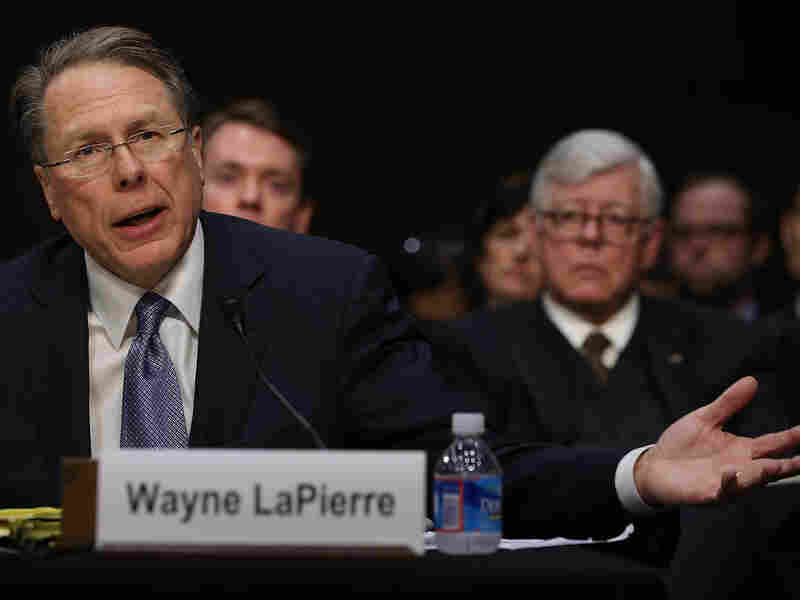 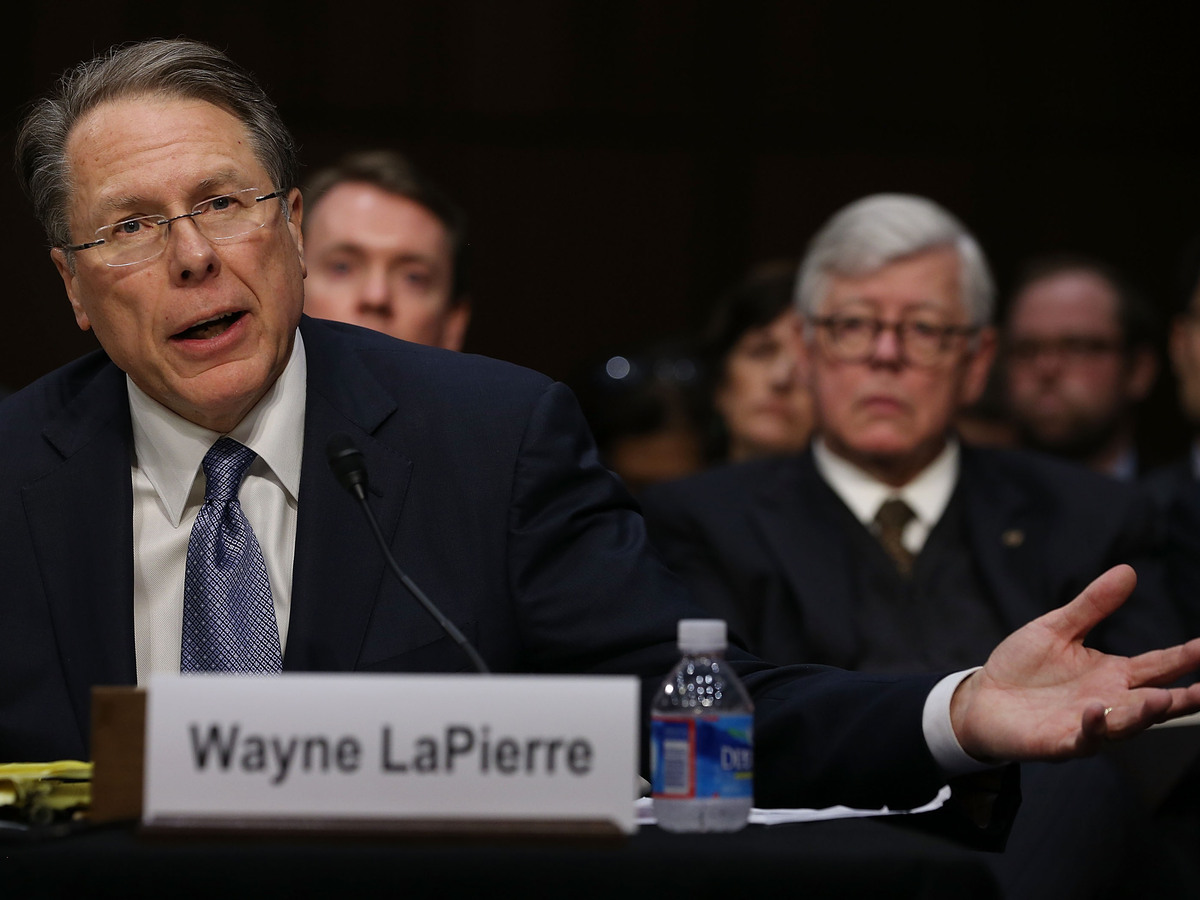 The halting testimony of former Arizona Rep. Gabrielle Giffords, gravely injured in a mass shooting two years ago, may have provided the most gripping moments of the Senate's first gun control hearing this session.

But the star witness on Capitol Hill on Wednesday was Wayne LaPierre, the National Rifle Association's top lobbyist.

LaPierre, who has spent 35 years with the NRA, sparred with congressional opponents pushing for new gun control measures, and warned darkly that enacting a universal background check on all weapons purchases would be a "nightmare" come to life for law-abiding gun owners.

The hearing was prompted by a far different sort of nightmare. Last month, a gunman armed with an AR-15 assault-style rifle killed 20 children and six adults at the Sandy Hook Elementary School. All the victims were shot multiple times.

LaPierre invoked the nightmare scenario in opposition to a proposal by the White House to close the so-called "gun show loophole" and require criminal background checks on all gun purchasers, not just those who buy through licensed dealers.

The idea of universal background checks dominated the hearing as the one part of a package of gun control measures proposed by the White House that appears to have the best chance of winning congressional approval.

LaPierre's push back on the checks also prompted the sharpest exchange of the day. It involved Sen. Dick Durbin (D-Ill.) and LaPierre, who repeatedly asserted that universal background checks wouldn't work because criminals would not submit to them.

"Mr. LaPierre, that's the point," thundered Durbin. "The criminals won't go purchase the guns because there will be a background check. We'll stop them from the original purchase. You miss that point completely."

Durbin added that he was troubled that some NRA members he's spoken with say they need their guns not just for hunting, target shooting and defending themselves against criminals, but to protect themselves "from our government, from the police."

"Do you agree with that?" he asked LaPierre.

This was his answer:

"What people all over the country fear today is being abandoned by their government," he said. "If a tornado hits, if a hurricane hits, if a riot occurs that they're going to be out there alone. And the only way they're going to protect themselves in the cold and the dark, when they're vulnerable, is with a firearm. And I think that indicates how relevant and essential the Second Amendment is in today's society to fundamental human survival."

Another witness, Baltimore County Police Chief James Johnson, the chairman of the National Law Enforcement Partnership to Prevent Gun Violence, characterized LaPierre's disaster vision as "scary, creepy" and "just not based on logic."

The NRA's 64-year-old executive vice president and CEO, a veteran of Capitol Hill gun debates, largely ignored distraction and focused on criticizing federal authorities for failing to aggressively prosecute gun crimes. He also was able to bask in the support expressed by senators from both sides of the aisle for the Supreme Court's recent affirmation of the constitutional right to bear arms, albeit with reasonable limitations.

Many of the senators simply sidelined LaPierre, directing questions to the other witnesses — the Democrats to Johnson, and the Republicans to David Kopel, an adjunct constitutional law professor at Denver University and gun rights advocate.

"I want to thank everybody for being here, particularly our witnesses," said Sen. Dianne Feinstein (D-Calif.). "Even you, Mr. La Pierre. It's good to see you again."

Feinstein, the author of the now-expired Clinton-era assault weapons ban, noted that she and LaPierre had "tangled, what was it? Eighteen years ago. You look pretty good, actually."

In congressional testimony after the school massacre in Columbine, Colo., in 1999, LaPierre said he supported instant background checks at gun shows. He now asserts that falsehoods about guns are driving the discussion on Capitol Hill.

Universal background checks that he described in 1999 as "reasonable" now constitute a "nightmare."

As the hearing drew to a close, Sen. Richard Blumenthal (D-Conn.) asked LaPierre if he'd take what has become known as the "Sandy Hook Promise" — to "encourage and support common-sense solutions that make my community and our country safer from similar acts of violence."

LaPierre, sitting on the opposite end of the witness table from Mark Kelly, Giffords' husband who testified in favor of new gun measures proposed by the Obama administration, said this:

"Senator, our Sandy Hook promise is — is always to make this country safer, which is why we've advocated immediately putting police, armed security, in schools; fixing the mental health system; computerizing the records of those mentally adjudicated. I would hope we could convince some of these companies that are just — I'm not talking about First Amendment, I know they have a right to do it, to stop putting out such incredibly violent video games that desensitize."