Accessibility links
Hagel's Hearing: 7 Things We Learned : It's All Politics Defense secretary nominee Chuck Hagel's confirmation hearing before the Senate Armed Services Committee made clear that the former Republican senator has said things that don't sit well with current Republican senators. And for all that we learned, the hearing ended with one lingering question. 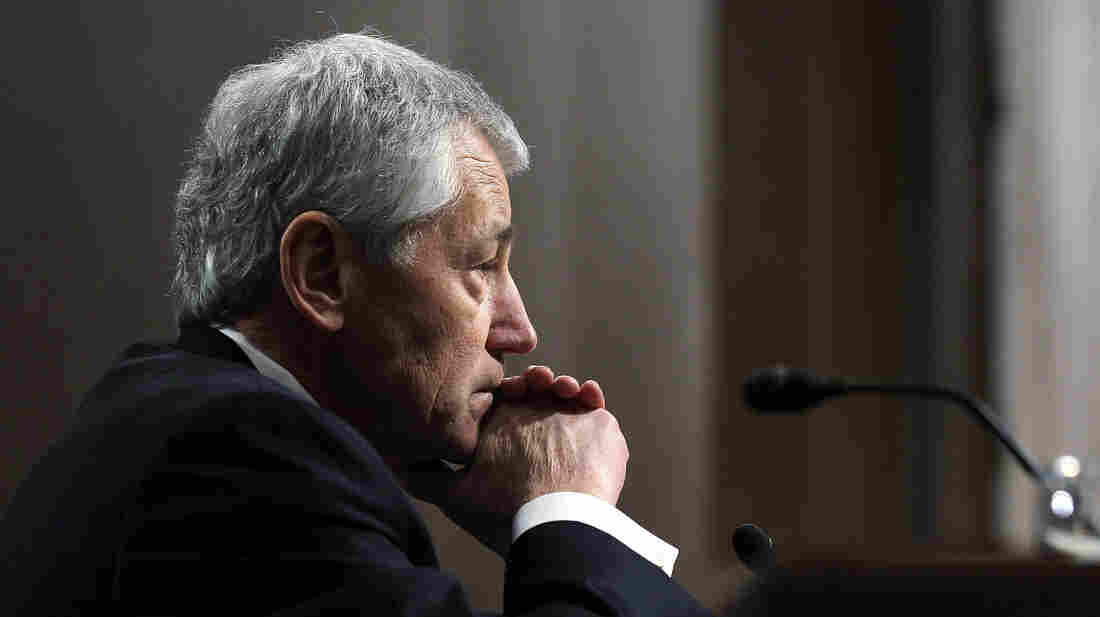 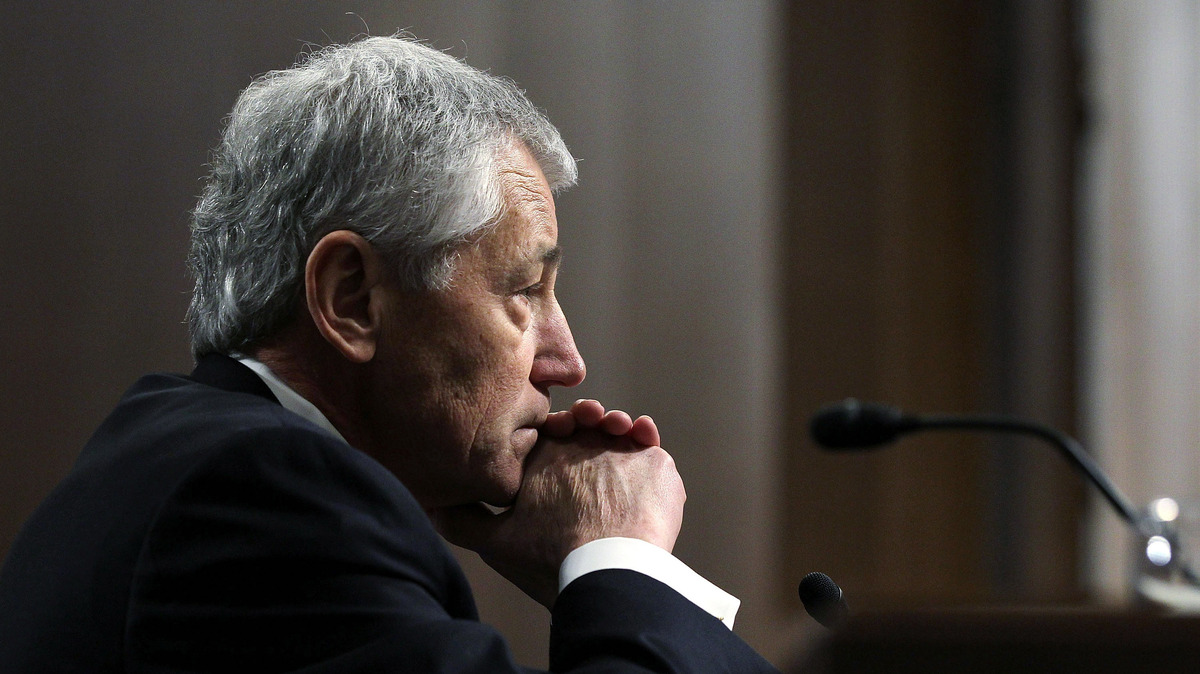 So what did we learn from Secretary of Defense nominee Chuck Hagel's sometimes rocky confirmation hearing Thursday before the Senate Armed Services Committee?

1) We learned that the former two-term Republican senator from Nebraska with the reputation for speaking his mind and not sticking to his party's talking points has through the years said lots of things that could be used against him in such a setting.

And they were. Repeatedly.

Past statements opposing the U.S. troop surge in Iraq, discussing the influence of the pro-Israel lobby in Washington, and questioning U.S. sanctions policy toward Iran — all were used as cudgels in a long day of what looked suspiciously like political revenge.

The GOP senator from Arizona's grilling of Hagel, in fact, provided one of the more dramatic moments for political payback at the hearing.

With Hagel finally before him, McCain pressed his former Senate colleague on whether he still thought the surge, widely viewed as a success for reducing violence in Iraq in 2007 and beyond, was a mistake.

McCain: I would like [you] to answer whether you were right or wrong, and then you are free to elaborate.

Hagel: Well, I'm not going to give you a yes or no answer on a lot of things today.

McCain: Well, let the record show that you refused to answer that question. Now please go ahead.

Hagel: Well, if you would like me to explain why --

McCain: Oh, I actually would like an answer. Yes or no.

Hagel: Well, I'm not going to give you a yes or no.

But it wasn't OK, as Hagel was reminded by nearly every Republican senator who questioned him.

2) We learned how easy it is to slip up during a confirmation hearing. Hagel, who already was being accused of being soft on Iran by his Republican critics, at one point referred to Iran as a "legitimate government."

He immediately realized how that could sound to some people and explained he was merely saying that the Iranian government was recognized by the U.N. and in the community of nations. Later, Sen. Kirsten Gillibrand, a New York Democrat, gave Hagel a chance to further clarify the remark.

3) We were reminded, once again, that all politics remain local.

Sen. Deb Fischer, a Nebraska Republican who just joined the Senate in January, gave no quarter to her fellow Nebraskan. She went to a place where even Sen. James Inhofe of Oklahoma, one of the Senate's most unbridled conservatives, didn't tread.

"You continue to hold, I believe, extreme views far to the left of even this administration," she charged, when discussing Hagel's positions on Iran sanctions.

4) We learned that even during a time of federal budget austerity, a confirmation hearing lets senators show the folks back home that they are fighting to keep their piece of the defense pie.

Blumenthal's state is home to a major submarine base as well as General Dynamics' Electric Boat division. Ayotte, Democrat Jeanne Shaheen of New Hampshire and Angus King, a Maine independent, all mentioned the shipbuilding facilities in their states.

5) We learned that for all the talk among policymakers in recent years about the rising military power of China and the U.S. pivot toward Asia, there was almost no attention during the hearing to the Asian economic superpower. Not one senator asked Hagel a single question about China. It was a notable omission.

6) We learned that Hagel might be looking to increase his book sales, judging by the times he mentioned it — more than a dozen.

7) As to the most important question coming out of the hearing, whether Hagel has the votes to be confirmed, he certainly appeared to have strong support among Democrats on the Armed Services Committee.

Assuming his nomination is approved by the committee, which is likely, he would need 51 votes in the entire Senate for confirmation unless someone threatens to filibuster.

The Democratic caucus has 55 votes, including two independents who vote with the majority. So if only a simple majority is needed, he should be confirmed.

But virtually every controversial vote in the Senate requires 60 votes to get past a filibuster threat. In that case, Hagel would need the votes of five Republicans. Where he gets those votes is certainly something we didn't learn from the hearing.