Accessibility links
Why Steven Chu Was One Of Obama's Most Intriguing Choices : It's All Politics Of all the individuals in President Obama's first-term Cabinet, Energy Secretary Steven Chu was arguably the least likely to be found in official Washington. And now that the Nobel Prize-winning physicist is leaving government, there are a few reasons that understanding his legacy might take some time.

Why Steven Chu Was One Of Obama's Most Intriguing Choices

Why Steven Chu Was One Of Obama's Most Intriguing Choices 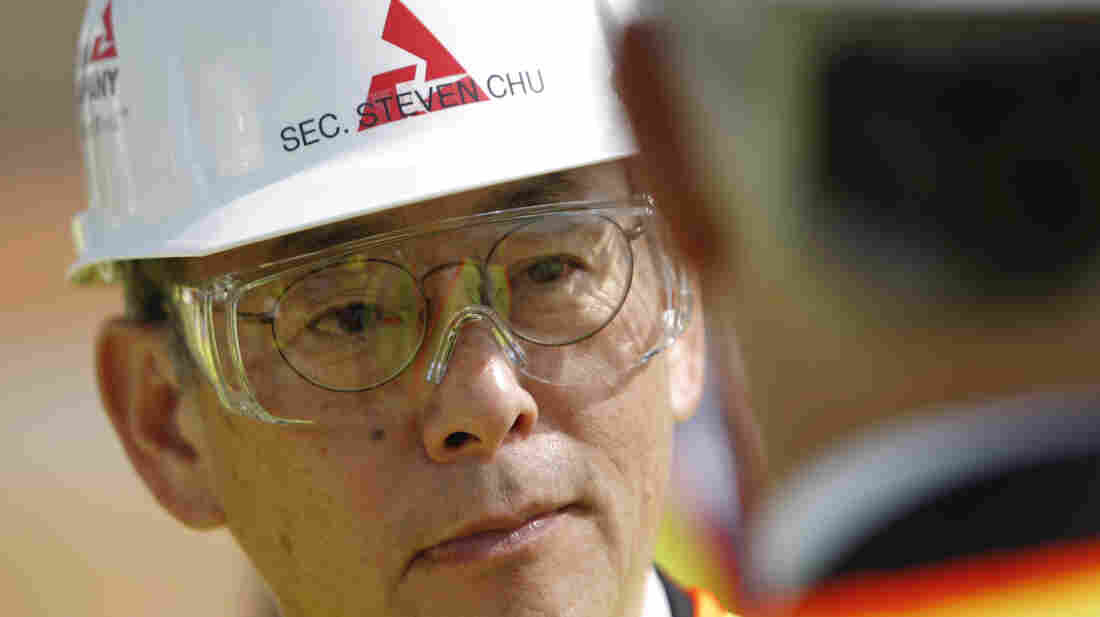 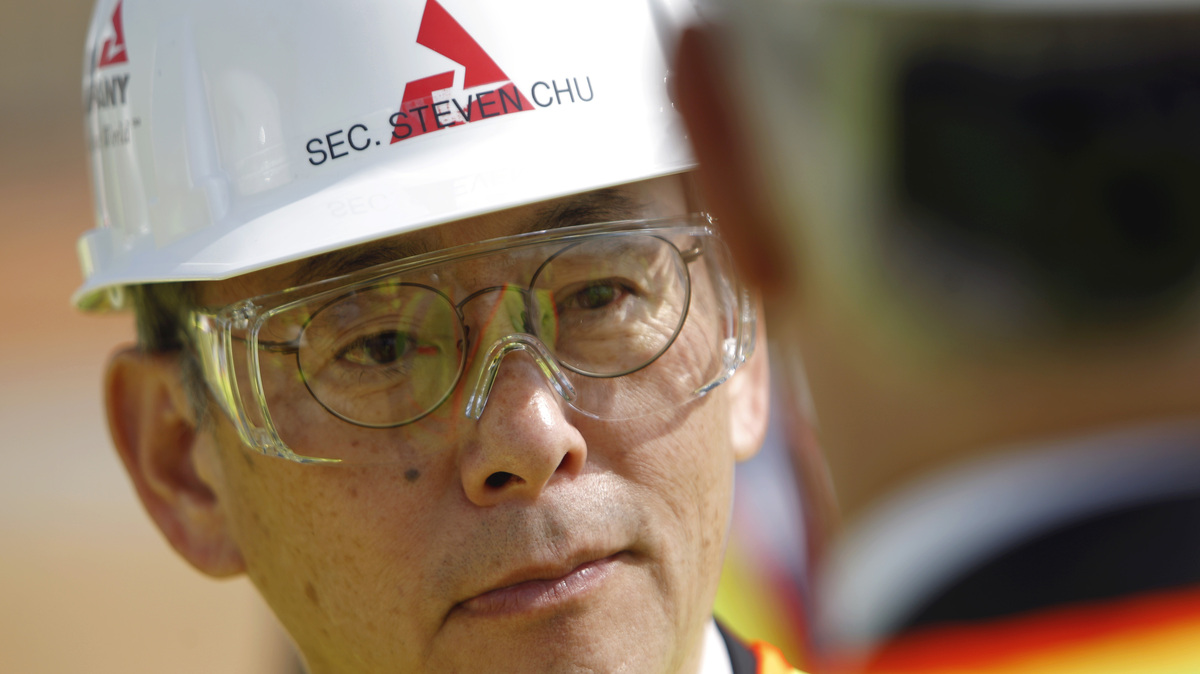 Of all the individuals in President Obama's first-term Cabinet, physicist Steven Chu was arguably the least likely to be found in official Washington.

The Energy Department secretary, after all, was a Nobel Prize-winning physicist from the University of California, Berkeley, the first science laureate to serve as a Cabinet secretary.

Chu announced on Friday that he would be stepping down. Which means that if President Obama was serious in this inaugural declaration — "We will respond to the threat of climate change" — he'll be doing it with an entirely new cast of lieutenants.

The three major Cabinet posts that deal with the issue — EPA, Interior and Energy — are now awaiting new leaders. The fourth leg in the climate change policy stool is the State Department, which must ultimately approve any decision on the controversial Keystone XL pipeline because it crosses international boundaries. And Friday was John Kerry's first day as the new secretary of state.

But Chu's pending exit offered a good chance to look back at what he brought to the Obama administration, and what his legacy could include.

Chu's resume would have stood out even if he hadn't won a Nobel.

He wasn't entirely an innocent when it came to the federal bureaucracy's ways. He was director of the Energy Department's Lawrence Berkeley National Laboratory before being named to the department's top job. Still, amid the career politicians who largely filled the president's first-term Cabinet, his background made him an intriguing choice.

What Chu lacked in Washington political experience, he more than made up for in scientific brilliance and an accessible, easygoing, quick-witted style that came across in his Senate confirmation hearing in January 2009.

Asked by Sen. Bob Corker, a Tennessee Republican, if the incoming administration's cap-and-trade policy was the "politically best" position, Chu flattered Corker: "You're far more experienced about answering that question."

Scientific expertise undoubtedly was needed in his attempt to foster new energy technologies to reduce the nation's reliance on fossil fuels. And Chu's academic stature and connections in academia and Silicon Valley helped him attract other really smart people with proven track records to DOE.

There they got going a group called ARPA-E, which was meant to be DOE's version of DARPA, the renowned Defense Advanced Research Projects Agency that spearheaded the creation of the Internet, GPS and other technologies. (A side benefit of having all those brainiacs around was that they also figured out which method had the best chance of stopping the 2010 BP oil spill in the Gulf of Mexico.)

With funding from the American Recovery Act — the more than $800 billion economic stimulus legislation Obama signed in early 2009 — ARPA-E funded a number of cutting-edge technologies. Its competitive grants were meant to kick-start promising projects that would attract the interest of private investors. (For instance, there are microbes engineered to turn hydrogen and carbon dioxide into liquid fuel.)

As Michael Grunwald wrote in The New New Deal: The Hidden Story of Change in the Obama Era, ARPA-E was a small part of the stimulus, a mere 0.05 percent. "The stimulus was only partly about stimulus. It was also about metamorphosis. ... Most of its breakthroughs won't produce results for years. But it's emblematic of the [Recovery Act's] assault on the status quo."

It's true that Chu's tenure will be remembered in part for the controversy over government loan guarantees to the failed Solyndra solar company.

But if ARPA-E winds up midwifing a technology that changes the nation's energy equation in a positive way, that could prove to be Chu's ultimate legacy as energy secretary.