Accessibility links
Even Without Earmarks, Tax Breaks And Special Deals Fill Bills : It's All Politics Congress likes to say it doesn't do earmarks anymore. And while that may be true, it's also a fact that targeted provisions are still useful in moving legislation — even critical legislation like the bill that pulled Washington back from the fiscal cliff last month. 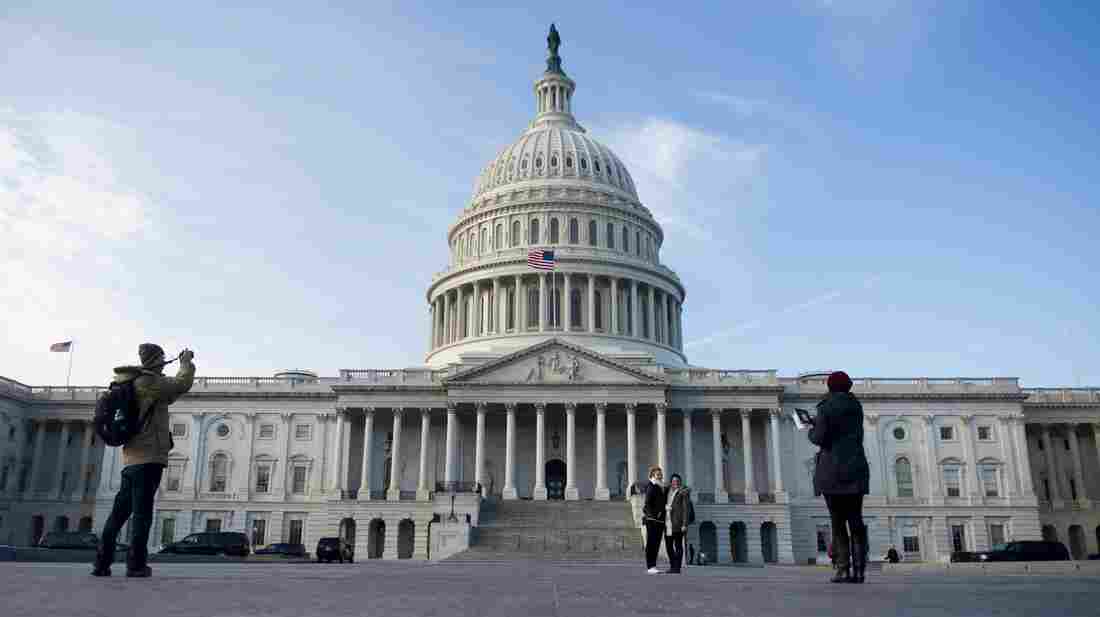 Tourists take photographs in front of the U.S. Capitol on Jan. 2, the day after Congress passed a bill to avoid the fiscal cliff. Saul Loeb/AFP/Getty Images hide caption 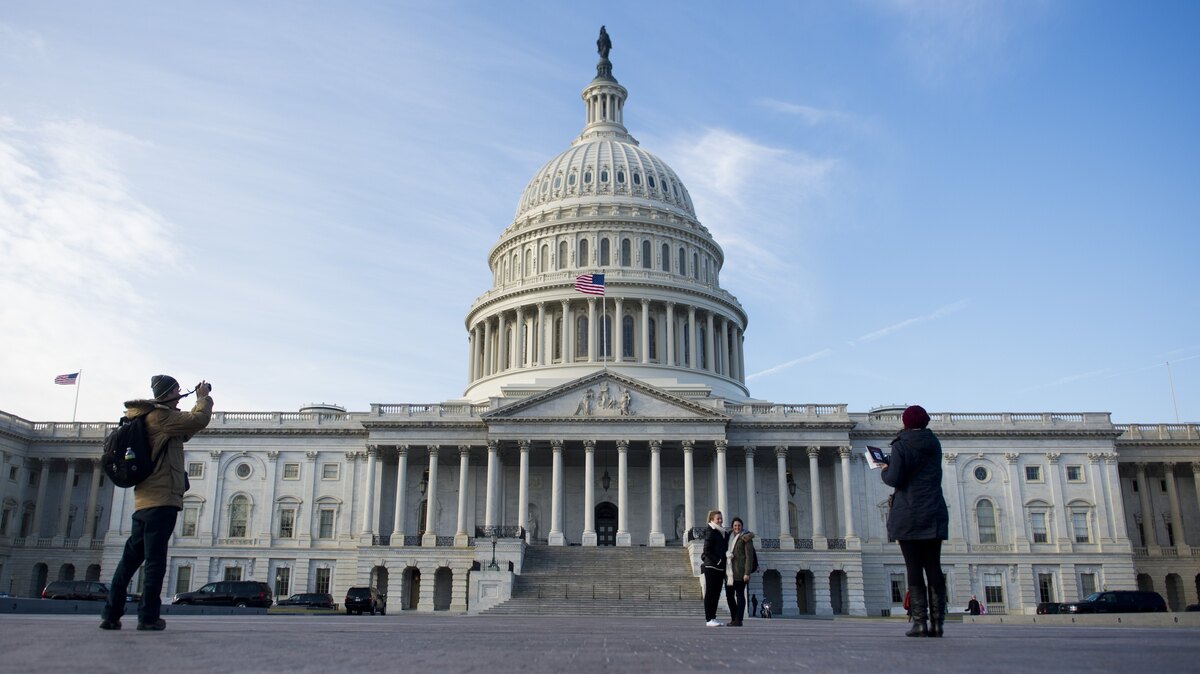 Tourists take photographs in front of the U.S. Capitol on Jan. 2, the day after Congress passed a bill to avoid the fiscal cliff.

Congress likes to say it no longer does earmarks, the provisions that direct federal dollars to serve local interests or campaign supporters. And though that may be true, it's also a fact that targeted provisions are still useful in moving legislation — even critical legislation like the bill that pulled Washington back from the fiscal cliff last month.

The American Taxpayer Relief Act did three big things: It extended the Bush-era tax cuts for low- and middle-income Americans; it allowed a tax increase on the wealthiest taxpayers; and it continued benefits for unemployed workers.

All of that took 30 pages of legislative language. But the bill runs 157 pages.

Many of those extra pages deal with a leadership dilemma, says Scott Lilly, a veteran congressional appropriations staffer who's now with the liberal Center for American Progress.

"You need support and you're not getting it, and what interest do those people have?" he explains.

Those people have votes the leadership needs. So their interest gets added to the bill.

"That's usually called an engine," he says. "It passes legislation."

That nice old metaphor comes from the age of railroads. Here, one big engine would be tax extenders — special tax breaks that Congress gives to different industries. They amount to about one-third of the bill.

By custom, Congress doesn't make the extenders permanent. So every couple of years, all of those provisions get lobbied for all over again. Just as an example, one big extender renews a corporate tax write-off for the expenses of research and development.

The R&D tax credit is "a motherhood and apple pie issue," says Monica McGuire of the National Association of Manufacturers. She helped to lead a lobbying coalition called the Broad Tax Extenders Group, which has hundreds of members, ranging from General Electric to the Association of Kentucky Fried Chicken Franchisees.

"We just kept pounding the pavement," she says. "We kept up the communications. We were doing a lot of Hill meetings."

McGuire says the manufacturers association and the tax extenders coalition were lobbying all through 2012. The final negotiations on the bill were behind closed doors, with Vice President Joe Biden, Senate Republican leader Mitch McConnell, R-Ky., and few others. Still, McGuire says her team was plugged in from the beginning to the successful end.

"We found out probably within a half-hour of when members of Congress and their staffs found out," McGuire says.

The tax extenders were hardly the only engines on this train. For instance, another provision extended enough farm subsidies to bring rural lawmakers onboard. But other provisions in the American Taxpayer Relief Act were just along for the ride.

"There are pieces of legislation that can't get passed on their own, but if they add it to a larger bill it'll get pulled along by the train," says Lilly, the former congressional appropriations staffer. "And that's often called the caboose."

Take the section on Medicare. Congress needed money to maintain pay standards for Medicare physicians. To help finance that, the bill squeezes payments to dialysis providers.

And in that provision on dialysis coverage, there's a little caboose: It exempts some dialysis drugs from the new lower limits. The drug maker Amgen had been lobbying on that for months. So now the exemption covers Amgen's fast-growing new drug, Sensipar.

Amgen says this isn't a "gift" — simply a continuation of current standards. The company declined to comment on tape.

He says Amgen's obscure item and most of these other provisions shouldn't have been in the fiscal cliff bill to begin with.

"It was a very, very, very serious issue," he says. "And yet they mucked it up with a whole bunch of extraneous materials."

Of course, Congress has other very, very serious fiscal bills coming down the track. And each time one of those bills leaves the metaphorical station, it might well have a string of special little cabooses clattering along behind.