Accessibility links
Rubio, A New Face, Delivers A Familiar Message In Response To Obama : It's All Politics Florida Sen. Marco Rubio, in the Republican response to President Obama's State of the Union address, strove mightily to transform the perception, cemented during last year's presidential race, that his party's embrace excludes those who aren't rich and white.

Rubio, A New Face, Delivers A Familiar Message In Response To Obama

Rubio, A New Face, Delivers A Familiar Message In Response To Obama 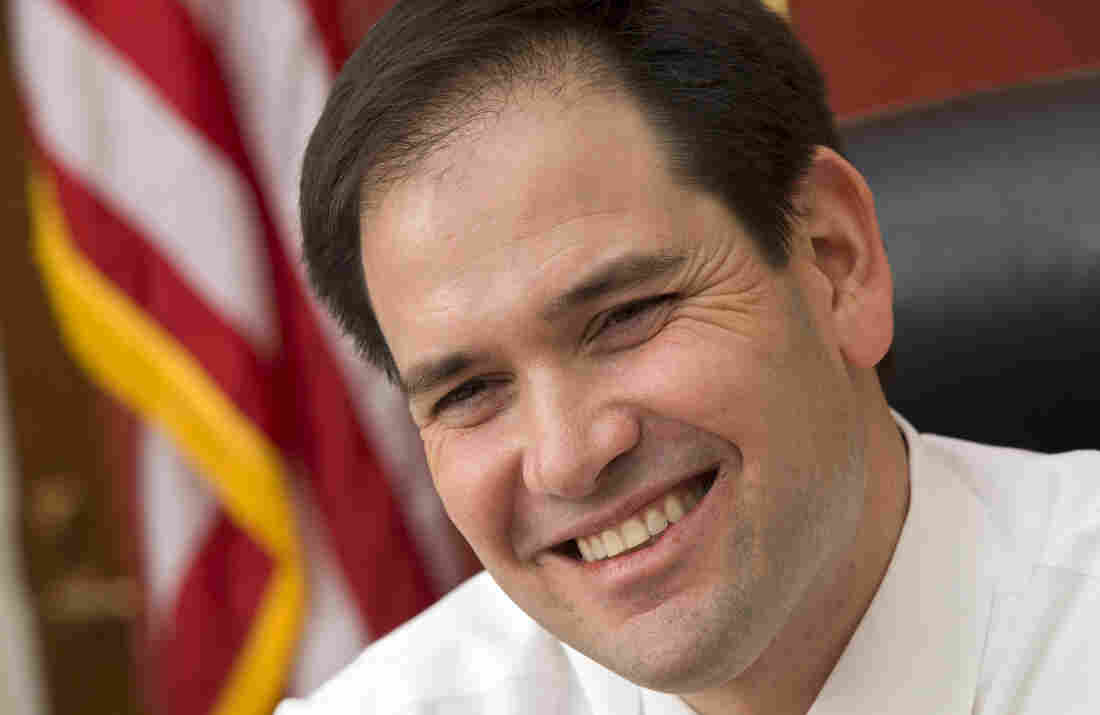 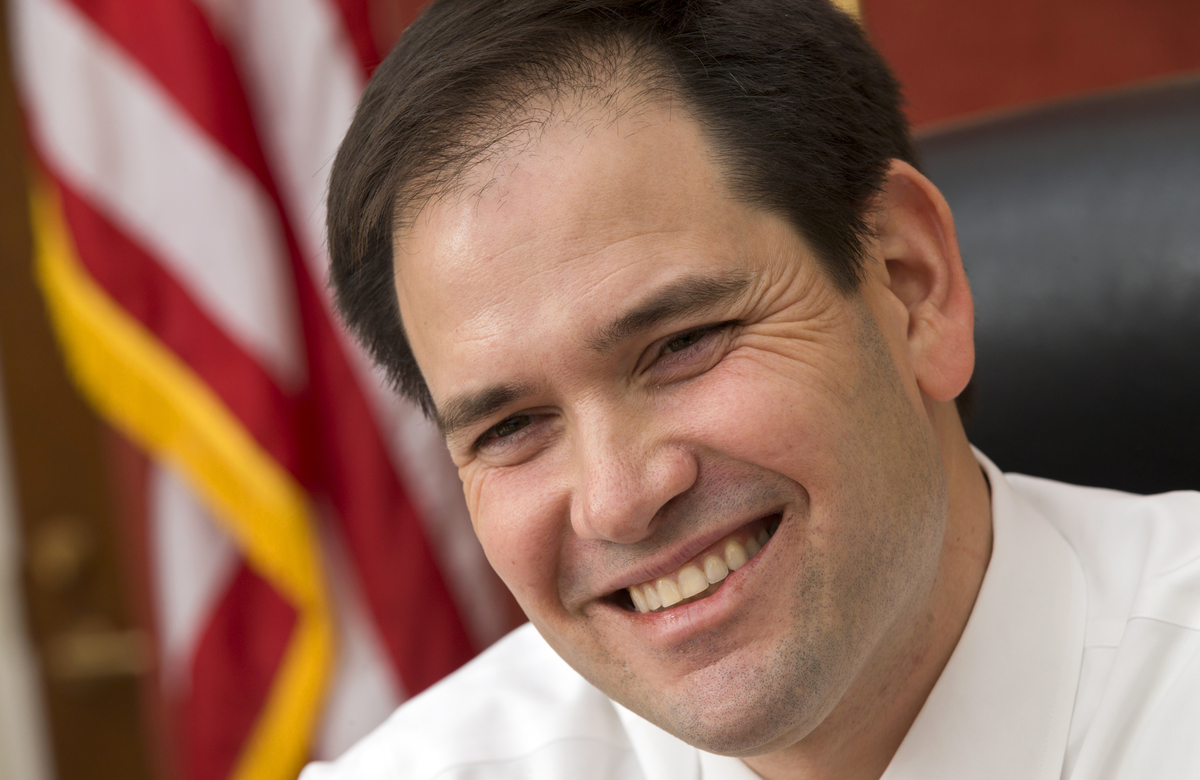 Sen. Marco Rubio, R-Fla., speaks at his Capitol Hill office on Feb. 7. On Tuesday night, he delivered the Republican response to President Obama's State of the Union address.

Florida Sen. Marco Rubio drew on his own humble beginnings and the continuing struggles of his West Miami neighbors — many of them immigrants like his Cuban-born parents — in the Republican response Tuesday to President Obama's State of the Union address.

Read The Text Of Rubio's GOP Response As Prepared For Delivery Feb. 12, 2013

In a speech delivered from the Speaker's Conference Room in the U.S. Capitol, Rubio strove mightily, and somewhat nervously, to transform the perception — cemented during last year's presidential race — that his party's embrace excludes those who aren't rich and white to one that has middle-class interests at heart.

"Mr. President," Rubio said, "I still live in the same working class neighborhood I grew up in. My neighbors aren't millionaires. They're retirees who depend on Social Security and Medicare. They're workers who have to get up early in the morning and go to work to pay the bills."

He delivered the same speech later in Spanish.

Rubio, 41, the young rising star who has emerged as the party's leading voice on immigration reform, said his neighbors are also "immigrants who came here because they were stuck in poverty in countries where the government dominated the economy."

It was a capable outing for the first-term senator, who swept into office with Tea Party support and has many in the GOP aflutter with anticipation about his presidential prospects in 2016.

His message was not new — it was staunchly conservative, accusing the president of having an "obsession" with raising taxes, while also pitching limited government, defending gun rights and criticizing Obamacare.

"The truth is, every problem can't be solved by government," he said. "Many are caused by the moral breakdown in our society. And the answers to those challenges lie primarily in our families and our faiths, and not our politicians."

One drawback for Rubio: State of the Union rebuttal outings rarely benefit their deliverers. And the one real upside — national exposure — was dampened for Rubio Tuesday as cable news outlets trained their coverage on the deadly California manhunt drama, and not on flogging the coming speeches, until moments before the president ascended to the dais just after 9 p.m.

Still, Rubio's moment, for which he clearly needed that sip of water, provided the nation a look at the man — his story, youth and perceived rhetorical abilities — on whom many Republicans, desperate to turn around their electoral fortunes with Hispanics, women and young voters, are pinning Obama-size hopes.

In Rubio, viewers saw a Hispanic Republican with an only-in-America story, with an unyielding smaller-government message, and with a tone and message on immigration that's new for the GOP, if untested with the fast-growing Latino American community.

His comments on immigration were limited to calling for a "responsible, permanent solution to those who are here illegally," but not, he said, before borders are secured and laws are enforced.

"We can also help our economy grow if we have a legal immigration system that allows us to attract and assimilate the world's best and brightest," he said.

His comments were largely trained on Obama, and the trials of the still-recovering economy.

The opportunity "to make it to the middle class or beyond no matter where you start out in life," he said, echoing Obama's frequent fair-shot rhetoric, "isn't bestowed on us from Washington."

The potential potency of an ascendant Rubio is not, obviously, lost on the Democratic message machine. Before the senator's speech, the Democratic National Committee sent out a missive from the Democratic Party in Florida titled, "GOP Beware: Marco Rubio Knows Nothing About the Middle or Class," which emphasized the former state House speaker's Tea Party bona fides, including his vote Tuesday against reauthorizing the Violence Against Women Act. (The DNC itself followed up post-speech with a similar laundry list.)

Rubio, speaking to a camera, did not cast a shadow on Obama's night, or his oratory. Obama, working a live crowd and delivering a detailed, hourlong address, found passion in his argument for new gun control laws and displayed a bit of a second-term swagger.

As for Rubio, his very general, familiar conservative message wasn't new, but his face, his background, his history were. That's good for the party, even if marginally at the moment.

But there was nothing Tuesday to suggest that that the young senator has the magic to spur the healing his feuding, divided party so desperately needs. At least anytime soon.