Accessibility links
President's New Voting Commission Greeted With Skepticism : It's All Politics So far, there are few details about the new commission aimed at fixing problems at the polls. But the reaction from voting-rights advocates has been lukewarm at best, while Republicans have been dismissive. 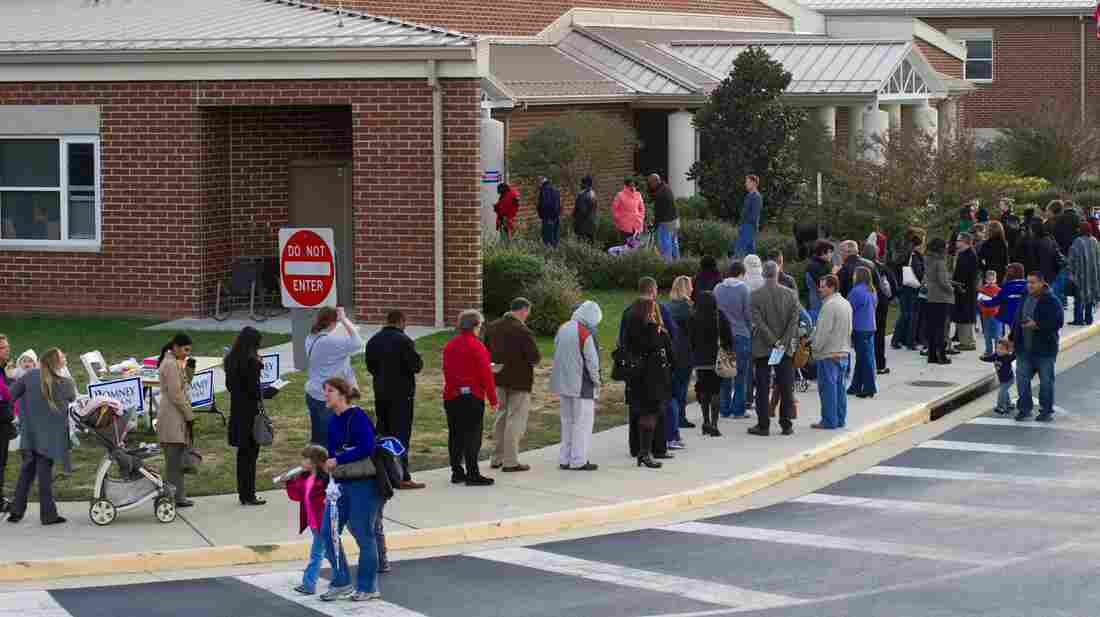 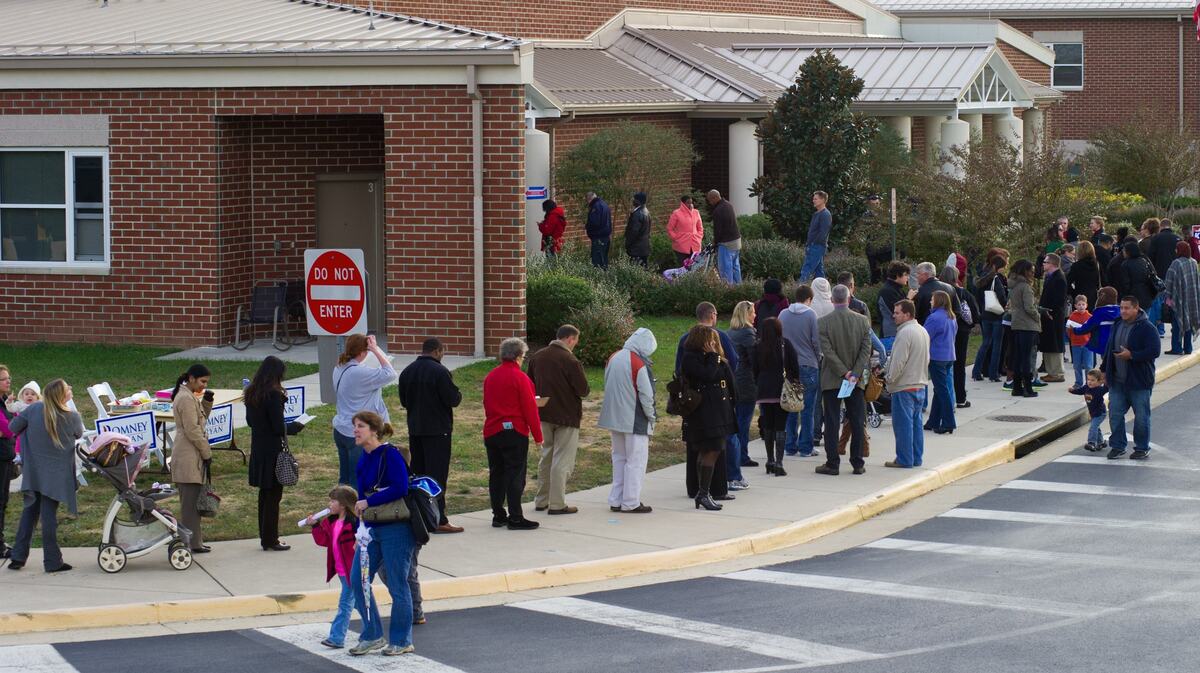 Voters wait in long lines to cast their ballots on Nov. 6 at Victory Elementary School in Bristow, Va.

One of the more memorable moments in President Obama's State of the Union address this week was his introduction of an elderly woman sitting in the House gallery. The president said that Desiline Victor had to wait three hours last year to vote in North Miami.

"Hour after hour, a throng of people stayed in line to support her," Obama said. "[Because] Desiline is 102 years old. And they erupted in cheers when she finally put on a sticker that read, 'I Voted.' " 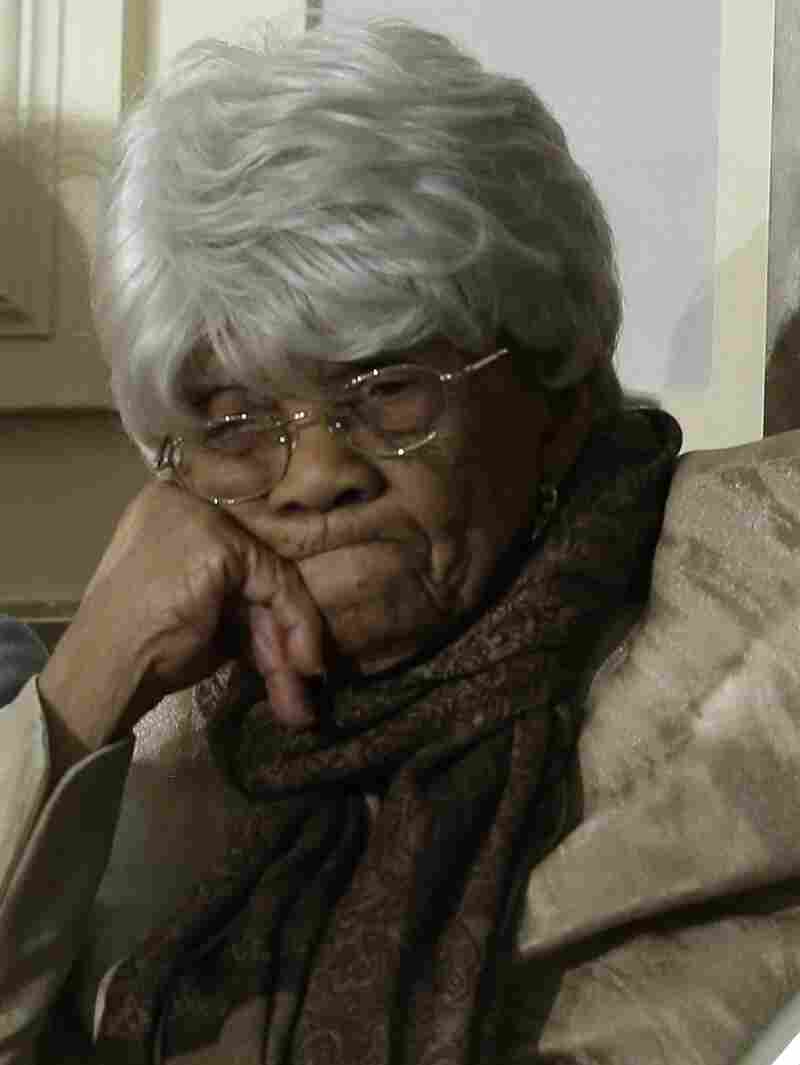 Desiline Victor, 102, of North Miami, awaits the start of President Obama's State of the Union address, which she attended Tuesday in the U.S. Capitol. The president spoke about Victor's long wait to vote last year. Pablo Martinez Monsivais/AP hide caption 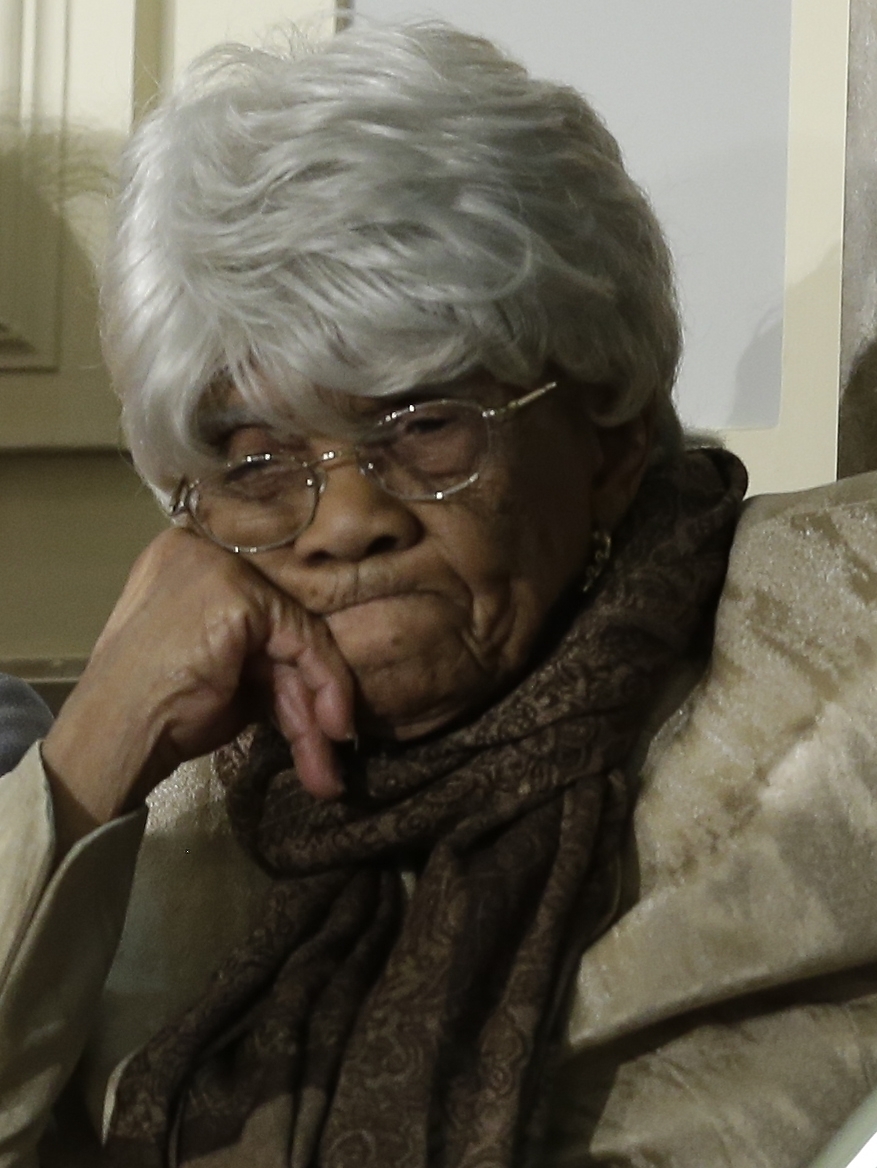 Desiline Victor, 102, of North Miami, awaits the start of President Obama's State of the Union address, which she attended Tuesday in the U.S. Capitol. The president spoke about Victor's long wait to vote last year.

But Obama's plan to fix the problem — setting up a presidential commission — hasn't gotten many cheers. Voting-rights advocates are lukewarm at best, while Republicans are dismissive.

So far, there are few details about the new commission. Obama said it will be headed by two longtime election lawyers, "who, by the way, recently served as the top attorneys for my campaign and for Gov. [Mitt] Romney's campaign."

That would be Bob Bauer and Ben Ginsberg, respectively. Neither man is talking yet about their plans. But the White House says the panel will recommend ways that state and local election officials can reduce long lines and "improve the Election Day experience."

The announcement disappointed Elisabeth MacNamara, president of the League of Women Voters of the United States.

"We were hoping for bold action, not lip service," she says.

MacNamara thinks the commission is just another way to kick the can down the road. "Long lines occur every four years. There is no real mystery as to why this happens," she says. "And there are immediate things that can be done and were not called for."

Those things include requiring states to offer online voter registration and more early voting, and to do a better job staffing and equipping polling sites.

Congressional Democrats have legislation that would do just that. But Republicans say it's not up to the federal government to run elections.

"The potential problem I see is imposing sort of a one-size-fits-all solution by the federal government," says Scott Gessler, Colorado's Republican secretary of state. "I mean, what works in Colorado may be a little bit different than what works in Florida or Ohio or Maryland or California."

And he says it's not as though states aren't paying attention to these issues.

"We're paying attention to them all the time," he says.

Indeed, a number of states have recently taken steps to allow voters to register online and to expand early-voting hours. But states are also doing a lot of other things that voting-rights advocates believe will only make matters worse — like a more restrictive voter ID law recently approved by the Virginia state Senate. It would no longer allow voters to use things like utility bills to prove their identity.

The National Conference of State Legislatures says voter ID bills are pending in 24 states. There are also new efforts to have voters verify their citizenship and to restrict registration drives — all issues that proved highly contentious in last year's election.

"Long lines are a big problem, but they're not the source of the problem," contends David Becker, director of the Election Initiatives project at the Pew Charitable Trusts. "They are a symptom of greater problems in the system."

He and many experts think one of the biggest problems is flawed registration systems. Becker says these not only cause Election Day delays but feed Republicans' fear of fraud and Democrats' concern about voter suppression. Both sides have an interest in finding a solution.

"I think one of the most important things that this commission could do is to make sure they rely on really the strong data, rather than on the anecdotes that drive so much of the conversation," Becker says.

He says if the panel can avoid the partisanship that's colored the debate so far, it might have a big impact.