Accessibility links
Force Behind Race-Law Rollback Efforts Talks Voting Rights Case : It's All Politics The head of the conservative Project on Fair Representation has spent years pursuing legal channels to roll back a key section of the 1965 Voting Rights Act. His efforts helped bring the issue before the U.S. Supreme Court, which hears arguments Wednesday. 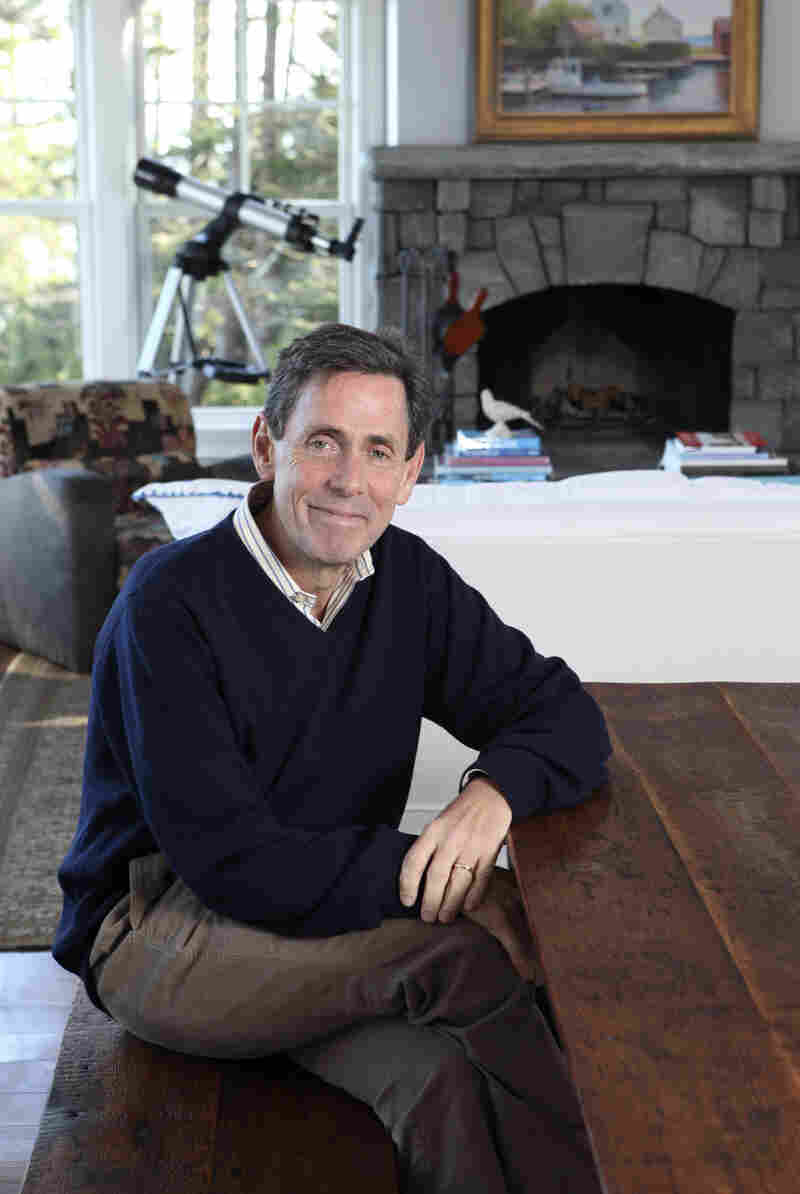 Edward Blum, director of the Project on Fair Representation, at his home in South Thomaston, Maine, on Nov. 9. Joel Page/Reuters /Landov hide caption 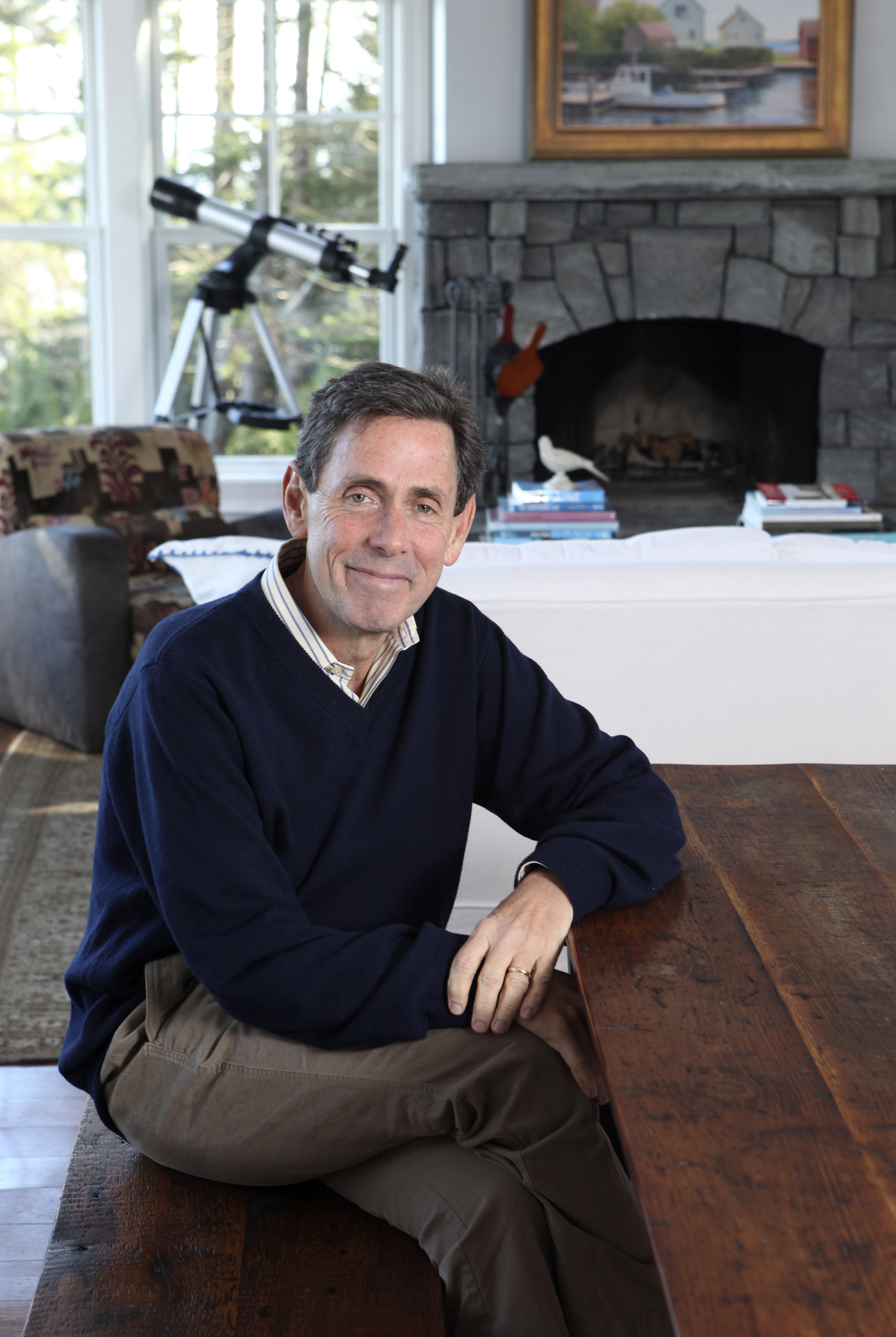 Edward Blum, director of the Project on Fair Representation, at his home in South Thomaston, Maine, on Nov. 9.

Edward Blum isn't a lawyer, and he doesn't play one on TV.

But he has been the driving force behind two race-related cases before the U.S. Supreme Court this term, including one that justices will hear Wednesday that seeks to roll back a key section of the 1965 Voting Rights Act.

The other, Fisher v. University of Texas, which challenges the use of race and ethnicity in public college and university admissions policies, was heard by the court in October and awaits its decision.

Blum, a Michigan-born former investment broker, has for two decades been almost single-handedly orchestrating legal efforts to end affirmative action, and to end mandated federal pre-approval for proposed voting changes in nine states, largely in the Deep South, and other jurisdictions with histories of discrimination.

Blum, 60, as head of his one-man-show, the conservative Project on Fair Representation, has argued that the Voting Rights Act and race-based preferences in college admissions are unconstitutional.

We spoke recently with Blum, a University of Texas graduate whose passion was influenced by a failed 1992 congressional run in a gerrymandered majority-African-American Texas district.

NPR: What does this moment in high court history mean to you, given that you have devoted much of your professional life to efforts that would eliminate race-based policies and law — whether it involves university admissions preferences, or enhanced federal oversight of voting practices in some Southern states and jurisdictions?

Blum: It's very humbling that after 20 years of laboring in the courts to attempt to restore the original vision of the Civil Rights Act, that the court has taken up both the Fisher case and the Shelby County case this term.

NPR: Some suggest that the voting rights issues of last year — including efforts to require voter identification cards, to curtail early voting and to limit opportunities to register to vote — prove that the enhanced scrutiny is not obsolete. Do you think those efforts damaged your argument that we don't need extra federal attention in some places?

Blum: I think we do need very rigorous election laws that apply not just to places like Alabama and Texas but also to places like Pennsylvania and Ohio. Clearly, legislative bodies make mistakes. They pass laws that are discriminatory, maybe not intentionally but in their effect. Our argument is that if we're going to have election laws that apply to Alabama and Texas, and to all these covered jurisdictions, those need to be the same laws that apply to places like Tennessee and Ohio and Oklahoma and Washington state. Federal statutes are designed, for the most part, to be one-size-fits-all. Alabama must be treated equally with Ohio, Texas with Arkansas. If Shelby County prevails, equal sovereignty among the states will be restored to our nation's elections laws. And that would be a good thing.

Blum: The voting rights law has a very powerful provision called Section 2, which is permanent. [The section "prohibits voting practices or procedures that discriminate on the basis of race, color or membership in one of the language minority groups identified" in the act.] It doesn't expire, and it applies coast to coast. It applies to school districts in Florida, school districts in Maine, all the way across to California. That is the law that the federal government turned to stop Ohio and Pennsylvania with the introduction of their voter ID laws [during the 2012 election]. If that law is good enough for Ohio and Pennsylvania, it should be the same law that is used in South Carolina and Texas if the government has objections to their voter ID laws.

NPR: Though the high court in 2009 did not roll back the provisions calling for federal approval on voting changes in the affected states and jurisdictions, at least two of the justices — including Chief Justice John Roberts — wrote then that "things have changed in the South," and that data used to determine who falls under the section are outdated. Can you give a specific example of where you think Congress' use of outdated voter data has kept some state or jurisdiction unfairly under the thumb of the federal government?

Blum: When this bill was passed in 1965, Congress looked to a number of different factors. The two most important were the rate of African-American voter registration in the Deep South, and the participation at the polls by African-Americans in the Deep South. If you look at those two metrics today, or if you look at them more importantly in 2006, and ask what has happened over the last nearly 50 years, the jurisdictions that are covered by Section 5 have greater minority participation rates and greater minority registration rates than do states outside of these covered jurisdictions. Alabama and Mississippi have greater numbers of African-Americans registered to vote and participating in elections than any other state in the nation. That alone dooms the constitutionality of this provision.

NPR: With the nation's rapidly changing demographics, could you support, in the future, federal provisions that focus voting rules on places where, for example, the prospective voting population is predominantly Hispanic and evidence shows problems with how they are treated when it comes to registration, voting and the drawing of voting districts?

Blum: Our election laws have a number of different statutes that can be used to protect Hispanics, African-Americans and others from coast to coast. If those laws need to be strengthened, then Congress should do it. What Congress should not do, and what they did in 2006, was to continue using data from 1964 and say that it is still relevant in 2006. Election laws need to apply to every state and jurisdiction equally, whether they're heavily Hispanic or heavily African-American. Those laws need to be one-size-fits-all.

NPR: What do you see as the link between the Fisher v. University of Texas admissions case, which has been heard and will be decided this term, and the Shelby County voting rights case?

Blum: I think there's an arc between Fisher and Shelby County in that both cases, at their heart, argue that an individual's race and skin color should no longer matter in our public policy. Lowering the bar for individuals because they're a certain race or ethnicity in university admissions, or raising the bar for certain states because they have large numbers of Hispanics or African-Americans in the voting context? We have changed as a nation. I think most Americans of good faith recognize that the America that elected and re-elected Barack Obama as its first African-American president is far different today than when affirmative action was really introduced in the 1970s and the Voting Rights Act was first enacted in 1965. And that's a blessing we should all recognize.

NPR: Do you see any role for race-based admission policies, given the continuing disparity between rich and poor in the education system, and the race and ethnicity issues inherent in that reality? Is there a policy you could see as part of a remedy?

Blum: I don't think a person's skin color or ethnicity should be a factor in university admissions, ever. What I do believe in is that universities have an obligation to reach out to those who come from disadvantaged backgrounds — who perhaps would be the first in their family to attend college, or who come from backgrounds where English is a second language — and give a helping hand to students like that, students who come from high schools that send very few students to college. I'm all for that. What I'm not for, and what I think most Americans are not for, is lowering the bar based on someone's skin color or ethnicity. I'm confident that colleges and universities can do better than that.

NPR: Then what is a helping hand, in college admissions, that you envision?

Blum: If there's an applicant that's just right on the borderline between acceptance and rejection, but who has come from a disadvantaged socio- economic background, then I think a university can lower the bar a little bit to get that student admitted, provide some remedial help during freshman year. I'm all for that. What I'm not for is just saying because you're African-American, or because you're Hispanic, we're going to lower the bar for you. I think socioeconomic disadvantage would allow a university to put a slight, light thumb on the scales in order to help someone from that background to be admitted.

Blum: I would say that the strongest part of their argument would be that the courts should defer to congressional judgment on matters like this, and that because Congress looked at the issue and decided to retain it, then the courts should respect that. Having said that, there are two very high-profile statutes up for review this term — Section 5 of the Voting Rights Act, and the Defense of Marriage Act — both of which passed with significant majorities of congressional support. So even though I've given you my best argument from the other side, I'm not sure that anyone, when you do a piece on the Defense of Marriage Act, is going to say, "Well, the reason the Defense of Marriage Act is constitutional or should be left alone is because Congress passed it and we should defer to Congress' judgment in this."