Accessibility links
The 'Line' For Legal Immigration Is Already About 4 Million People Long : It's All Politics In the debate over immigration, many politicians seem to agree that people now in the U.S. illegally should wait at "the back of the line" for legal residency. But the backlog in processing applications means even those already in line face decades of waiting. 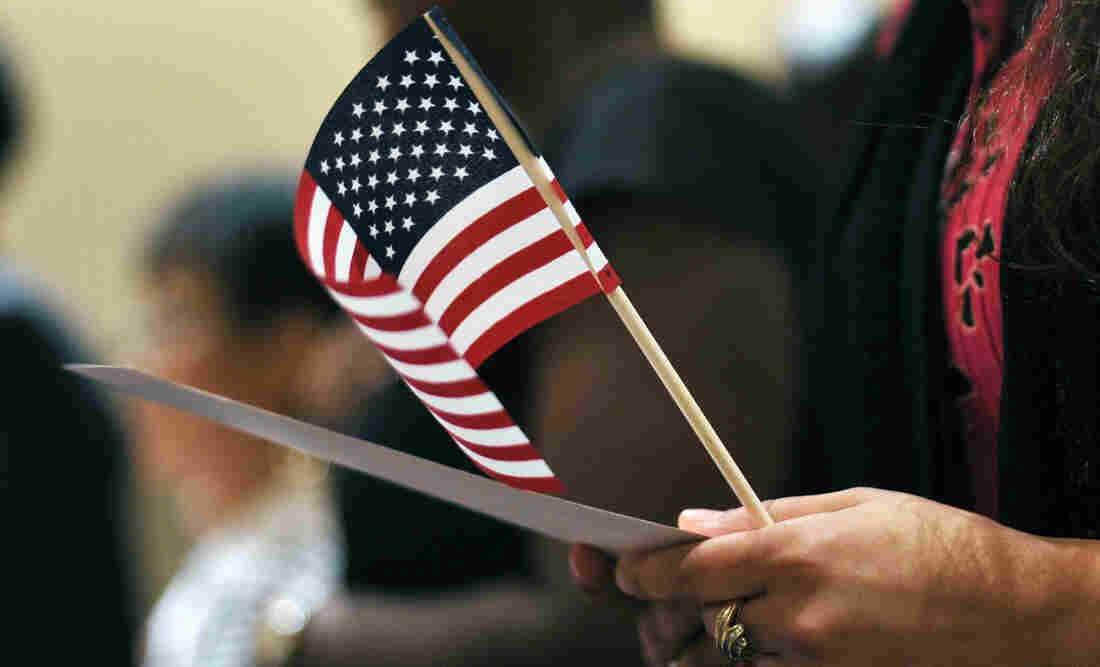 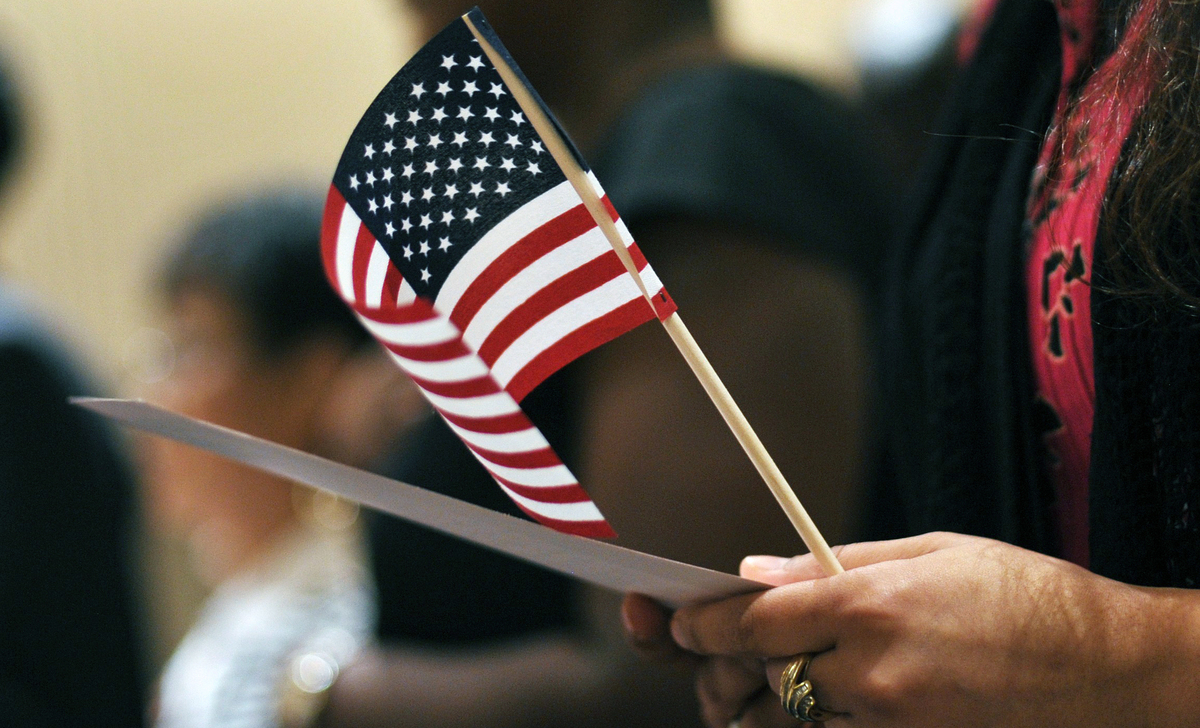 Newly sworn-in U.S. citizens recite the Pledge of Allegiance during a naturalization ceremony in Baltimore in 2012.

In the back and forth between Congress and the White House over immigration, both sides seem to agree that people now in the U.S. illegally should wait at "the back of the line" for legal residency — meaning no green card until all other immigrants get theirs.

But that presents a problem, because the wait for a green card can take decades.

Maria has been waiting in line with her husband for 16 years and counting for what the government calls a priority date for legal residency. Because she is in the U.S. without documents, Maria asked NPR to use only her first name.

Her story, though, is typical: Maria's mother-in-law is a U.S. citizen. So Maria's husband, who was born in Mexico, is eligible for a green card. While he's waiting, he is in the U.S. illegally, running a small construction business and, Maria says, paying taxes. When her husband gets his green card, Maria can apply for one.

But their lawyer, Mo Goldman, says it will be a while longer before applicants from 1997 are eligible.

"The date that they're currently processing right now is back to 1993 — and it doesn't move," he says.

"So it turns out there are many lines," says Hiroshi Motomura, a law professor at the University of California, Los Angeles, who is writing a book on the immigration system. "There's something certainly questionable in the logic of a system that, on the one hand, says you qualify, but ... you have to wait 20 years."

Lawyer Goldman says this isn't the way it was a century ago when immigrants came through Ellis Island.

"It's apples and oranges," he says. "There's no way of comparing that because we didn't have this quota system. People got off a boat, you know, they were processed through, they got their medical examination, and ... they became permanent residents."

That is, if you were from Europe. If not, it was tough to immigrate even back then.

So in the 1960s, Congress tried to make things more fair by granting an equal number of green cards for each country. That means there are country quotas now, on top of all those family and employment categories. But some countries are larger than others — or, as Motomura says, they have more people who want to immigrate because of geography or political and economic ties.

That's what Stuart Anderson thinks, too. He was an immigration official during the George W. Bush administration and is now with the nonpartisan National Foundation for American Policy, a Virginia think tank.

"The combination of that with increased border enforcement has led people to come in illegally and then end up staying once they got into the country because it's become more difficult to cross in the first place," Anderson says.

That brings us back to Maria and her husband from Mexico. They crossed and stayed in Tucson, Ariz., illegally at the same time his mother applied for him to live in the U.S. legally. And here's the kicker: Goldman, their lawyer, says if they do leave the United States and get caught coming back, the law automatically adds another 10 years to their wait.

"I stay here," Maria says. "I never come back to Mexico," even after deaths in her family.

Maria and her husband are not about to lose their place in line, even if they don't know how long the line is.

It's why almost everyone pushing an immigration overhaul says any new law has to ease the current backlog of legal green card applicants before putting the estimated 11 million undocumented in line behind them.