Accessibility links
How Washington Chose Not To Be Careful With Spending Cuts : It's All Politics No rational person would try to cut nearly all government spending by a fixed amount, regardless of the individual merit of any given program. That's kind of the point.

How Washington Chose Not To Be Careful With Spending Cuts

How Washington Chose Not To Be Careful With Spending Cuts 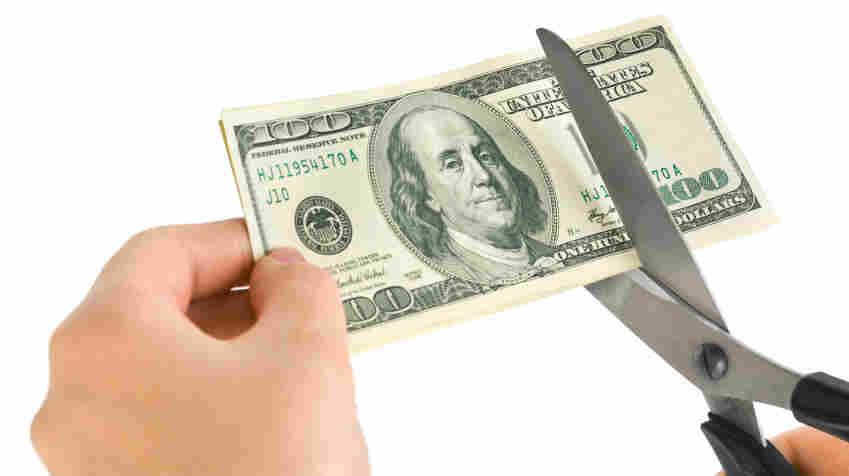 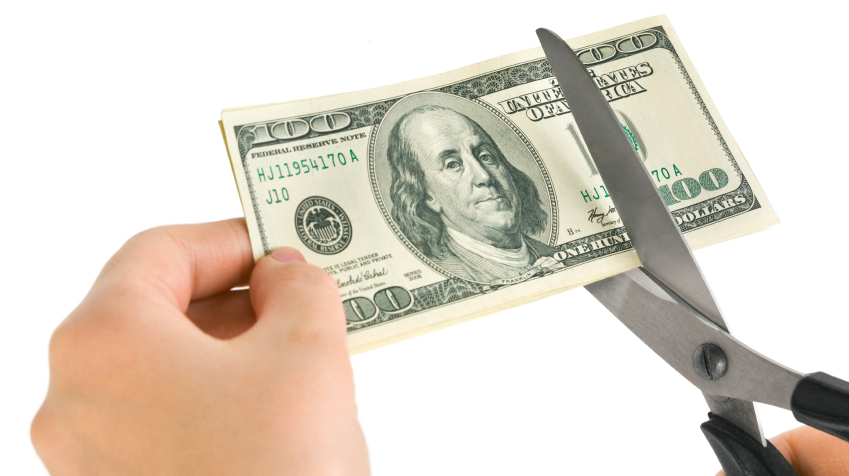 Under sequestration, federal agencies don't have the flexibility to choose to spare popular programs or services by making administrative cuts elsewhere.

Inconveniencing the public is part of the plan.

It may never have been intended to play out in quite this way, but the automatic spending cuts set to take effect for most federal programs Friday leave little room for preserving the most visible and popular programs.

"The law basically says the cuts have to be across-the-board by 'project, program and activity,' " says Stan Collender, a federal budget expert with the communications firm Qorvis. "That was specifically written to take away flexibility from the administration."

In essence, federal agencies will have to shave a few percentage points out of every part of their budget rather than trying to protect higher-priority programs.

They can't choose to shelter the services most people would consider essential by making administrative cuts elsewhere, or put off the start of a construction project to keep current workers on the job.

Congress is considering granting the administration more flexibility in terms of deciding which programs to cut, but opinion remains split on Capitol Hill about the wisdom of surrendering such budget authority to the executive branch.

In the meantime, numerous members of Congress have criticized the administration from releasing detainees from immigration facilities in advance of the budget cuts.

"If this is the best cost-savings that [Homeland Security] Secretary [Janet] Napolitano can do, then we have to begin to seriously question her judgment," Rep. Lou Barletta, a Pennsylvania Republican, said in a statement.

Closing or limiting popular or high-profile government functions first is such a time-honored tactic during budget fights that it's taken on its own name — the "Washington Monument strategy."

But under sequester, which dictates cuts of 5 percent for domestic agencies and nearly 8 percent for the Pentagon, shorter hours at national parks and long lines at airports will be a feature, not a bug — something that will be practically unavoidable because of the way the law was written.

"People aren't going to understand why you have to cut TSA guys when I'm trying to get through the airport, and not lay off supervisors," Collender says.

Personnel cuts such as furlough days will be practically unavoidable, particularly at an agency such as TSA, where compensation and salaries for airport screeners alone take up more than $3 billion of the agency's $7 billion budget.

The impact of furloughs and layoffs may not be felt immediately, says Scott Lilly, a senior fellow at the Center for American Progress. Most agencies have to give 30 days' notice before making such moves.

"The guys in the control towers and the meat inspectors, most will not be furloughed until April 1," Lilly says. "But after April 1, it will hit with full fury."

But in some areas, such as immigration enforcement, the effects of diminished budgets are already being felt. In addition, many agencies will be forced to cut personnel or services to a disproportionate degree, because the terms of leases, purchasing agreements and other contracts mean they are stuck paying out a certain amount of sunk costs.

The various federal agencies will soon be cutting according to guidance from the Office of Management and Budget that will spell out the amount of money that must be shed from each program.

Some agencies might want to consolidate accounts and activities in order to shut down the things that are easiest to live without, but they'll have a hard time doing so under the terms of the sequester law.

"An agency cannot say we will leave this project alone because it's a higher priority, and cut this one instead," says Chuck Konigsberg, president of the Federal Budget Group, a consulting firm.

Although agencies will have little to no discretion over what they have to cut, they do get to make decisions about timing. They can put off cuts for a month or two, in hopes that Congress will intervene and restore the funding.

But that's a big gamble. It's easier to spread the pain of budget cuts over the seven months remaining in the current fiscal year rather than waiting and then having to cut the same number of dollars in, say, five months.

And there's no telling how budget politics will play out during the coming weeks and months. Spending authority for much of the federal government will come to a halt on March 27.

When that deadline arrives, the GOP-controlled House may want to extend funding at the new levels set by the sequester, but the Democratic majority in the Senate will likely want to restore funding to pre-sequester levels.

It's possible, though, that the political dynamics will shift even before March 27, if enough cuts take effect right away and the public is upset by the resulting decline in services.

That certainly seems to be the hope of the Obama administration. Many Republicans, meanwhile, argue that a government that has been growing for years can certainly afford to shed a few percentage points off its budget.

Regardless of whether lawmakers think spending cuts are a good idea, though, it appears few of them are going to like what happens as a result of the take-no-prisoners approach dictated by the sequester, which has put just about anyone's favorite program at risk.

The sequester, after all, was designed to be such a lousy option that it would force policymakers to pursue other options for addressing the deficit.

"In a nutshell, this is a terrible way to govern," says Konigsberg, who helped draft the original law creating the sequestration mechanism as a Senate aide back in 1985. "It was always intended to be a sword of Damocles that would force other action."