Accessibility links
Federal Gay Marriage Ban Hurts The Bottom Line, Businesses Argue : It's All Politics Google, Apple, Facebook and other big names are wading into the same-sex-marriage debate, which will come before the Supreme Court next month. They argue the federal government's ban on recognizing gay unions causes "unnecessary cost and administrative complexity." 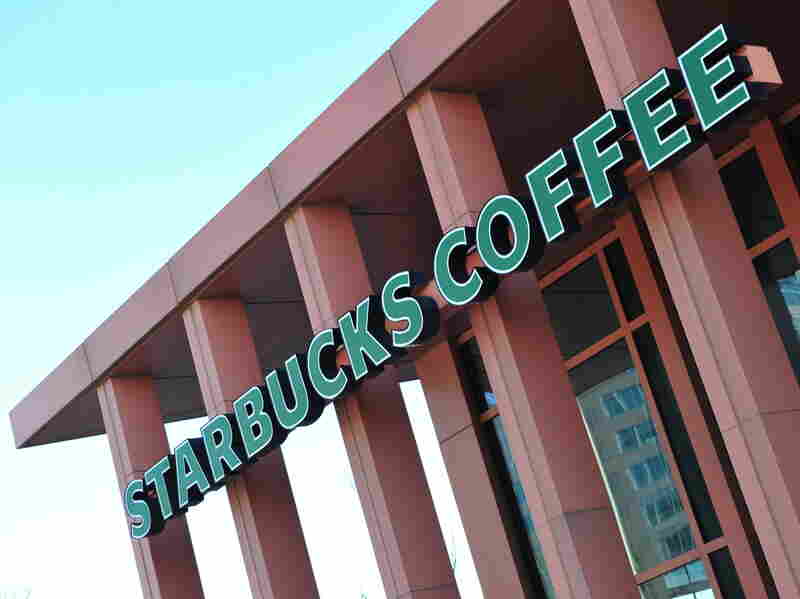 Starbucks is among the companies urging the Supreme Court to strike down the federal government's ban on recognizing same-sex marriages. Karen Bleier/AFP/Getty Images hide caption 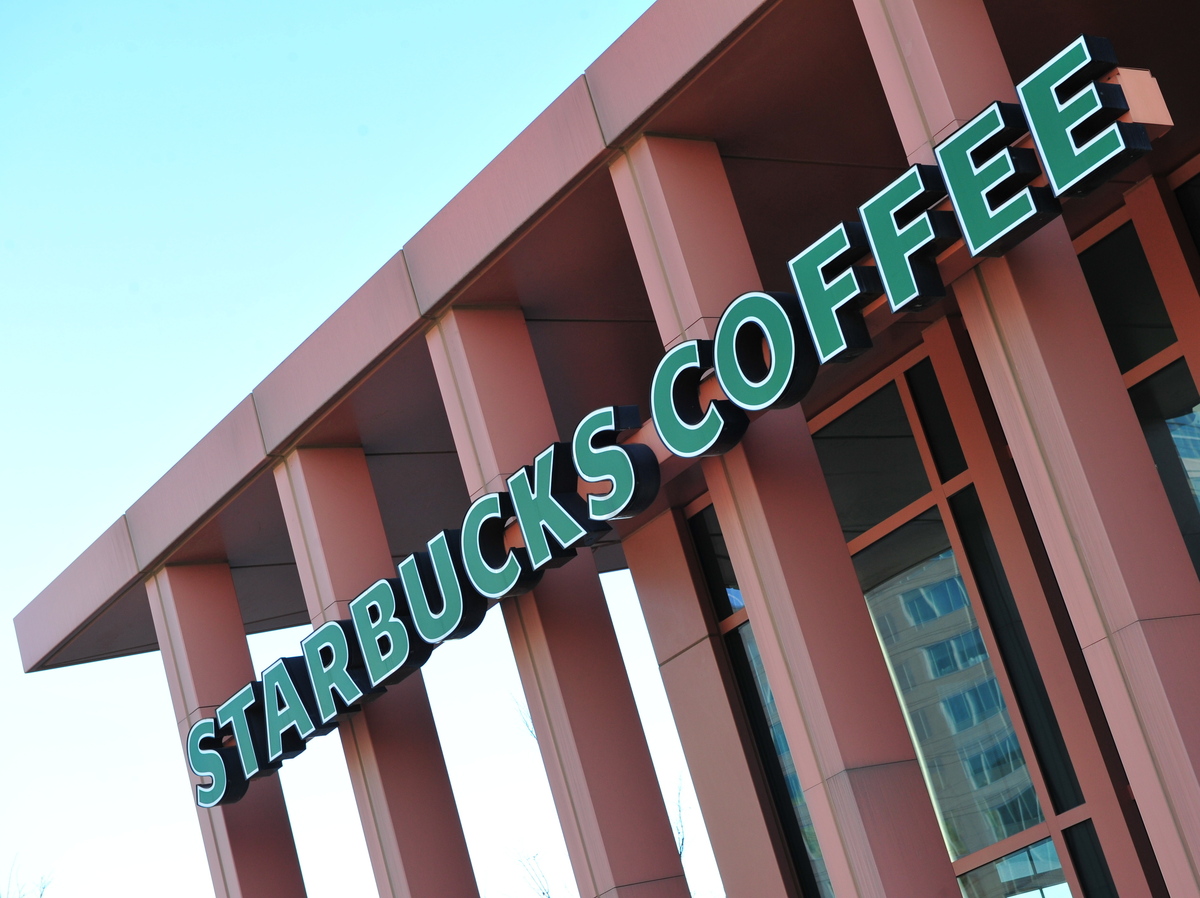 Starbucks is among the companies urging the Supreme Court to strike down the federal government's ban on recognizing same-sex marriages.

After years of legal wrangling, the Defense of Marriage Act — the law that prevents the federal government from recognizing marriage as anything but a "legal union between one man and one woman" — comes before the Supreme Court next month.

Among those urging the court to strike down the ban are some familiar names, like Google, Apple, Facebook, JetBlue and Starbucks. They were among a group of more than 200 businesses that filed a friend of the court brief this week, taking a corporate approach to the gay marriage debate.

As The New York Times reports: "The brief was one of many received by the court as it considered landmark cases on gay rights and marriage. With a wide swath of leading companies signing on, it is the latest sign of the rapid shift toward acceptance of same-sex marriage in the corporate world as well as in the country."

The problem, the businesses argue, is that while they operate in places where gay marriage is recognized under state law, "DOMA, a federal law withholding marital benefits from some lawful marriages but not others, requires that employers treat one employee differently from another, when each is married, and each marriage is equally lawful. DOMA thus impairs employer/employee relations and other business interests."

The law means employers must treat employees in same-sex marriages differently when it comes to things like health care, retirement and taxes, they say, causing "unnecessary cost and administrative complexity."

Among the businesses signing the brief was one familiar from last year's presidential campaign, as the Boston Globe notes: "The group also included Bain & Co., the Boston consulting firm that launched Mitt Romney's career before he started Bain Capital. Romney, a former Massachusetts governor, opposed gay marriage when it became legal here in 2004 and opposed it in his campaign for president last year."

The Obama administration has also gone on the record asking the court to get rid of the federal ban on recognizing same-sex marriages.

The other landmark gay-marriage case the court is considering in March is a challenge to Proposition 8, the ban on same-sex marriage in California. A group of more than 80 Republicans made headlines this week for signing on to a brief asking the court to overturn it.

But as NPR's Don Gonyea pointed out, "only two of the names on the list so far are sitting GOP officeholders, both members of Congress: Richard Hanna of New York and Ileana Ros-Lehtinen of Florida."

More are people who have held office or run for it in the past, like "Meg Whitman, the former CEO of eBay who opposed gay marriage as a candidate for governor of California in 2010. There's also former Utah governor and GOP presidential hopeful Jon Huntsman and Christie Todd Whitman, a former governor and EPA administrator."

And the GOP's official position on gay marriage hasn't changed. House Republicans are defending the Defense of Marriage Act in court, since the administration has declined to.

The Obama administration may outline where it stands on the Proposition 8 case in a filing with the Supreme Court this week.