Accessibility links
President Obama To Nominate New EPA, Budget And Energy Heads : It's All Politics President Obama plans to announce three Cabinet-level nominations Monday, including a new administrator for the Environmental Protection Agency, who could be on the hot seat in the looming battle over global warming. 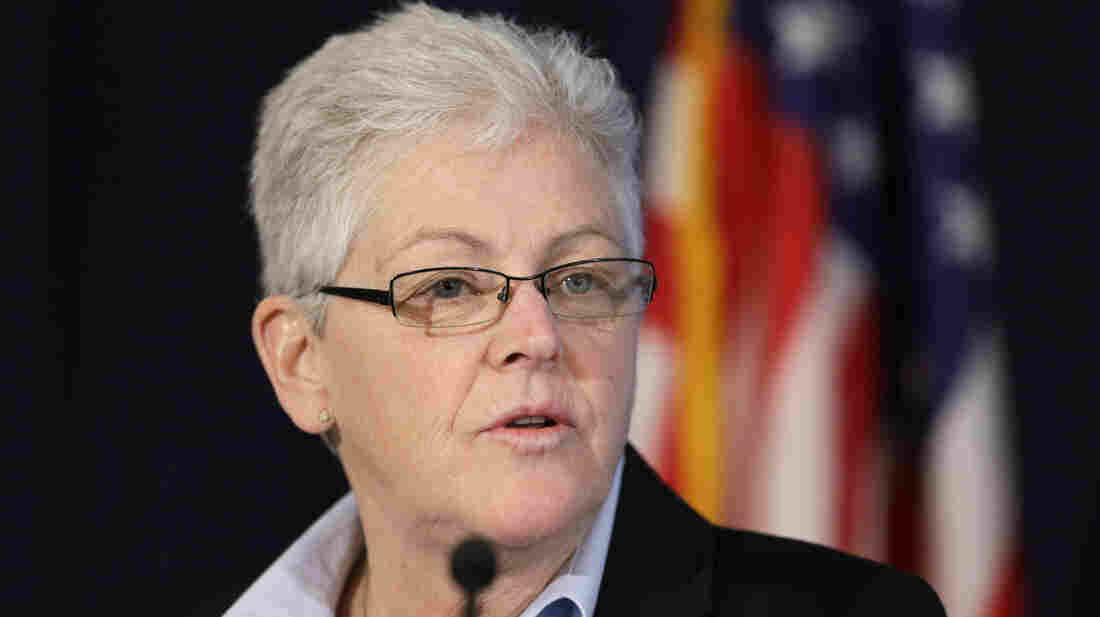 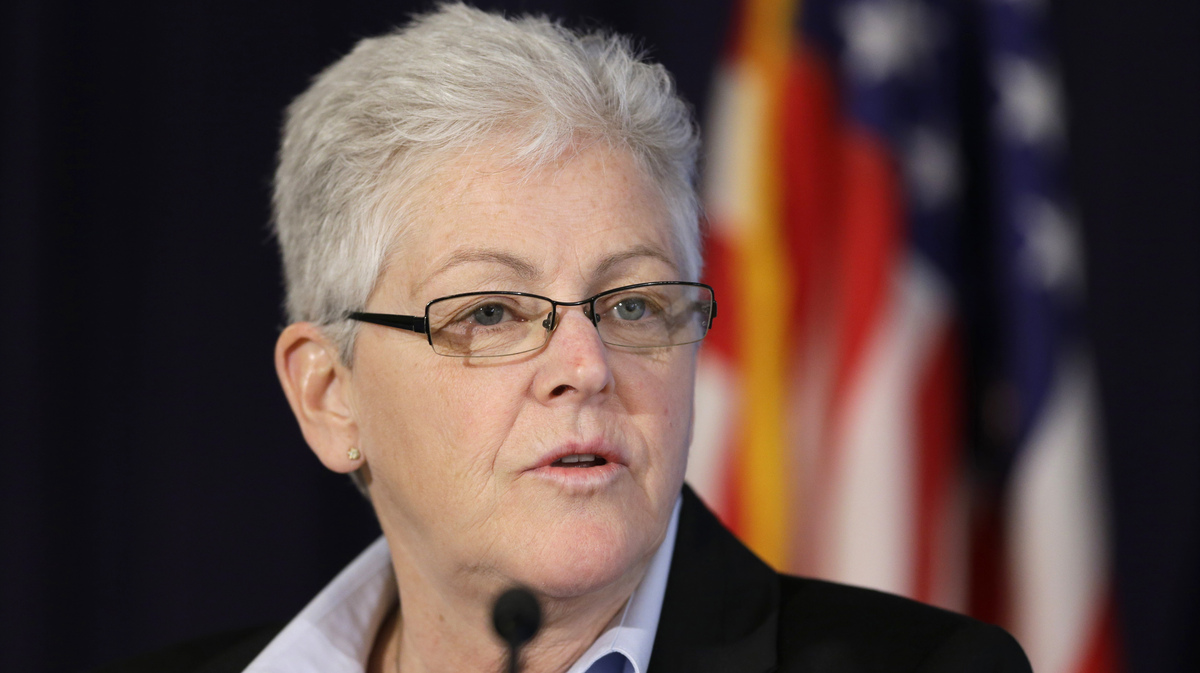 President Obama is expected to nominate Gina McCarthy, currently assistant administrator with the Environmental Protection Agency, to head the agency on Monday. The nomination requires a Senate confirmation.

President Obama plans to announce three Cabinet-level nominations Monday, including a new administrator for the Environmental Protection Agency, who could be on the hot seat in the looming battle over global warming.

Gina McCarthy, currently an assistant administrator in the wing of the EPA that regulates air pollution, is the president's pick to head the EPA.

Obama will also tap the director of MIT's Energy Initiative, Ernest Moniz, as his new energy secretary, and the president of the Walmart Foundation, Sylvia Mathews Burwell, to head the Office of Management and Budget.

The nominations will be announced at the White House on Monday morning. All three require Senate confirmation.

The new EPA Administrator could be the biggest lightning rod, given that agency's high profile in administration efforts to combat climate change. While the president has said he would prefer to attack greenhouse gases through legislation, the odds of passing a bill appear slim. A comprehensive climate bill failed in 2010, even though Democrats still controlled both houses of Congress.

That leaves regulation as the most likely course for climate action. The EPA is expected to craft rules limiting heat-trapping gases from existing power plants, which generate 40 percent of the country's carbon pollution.

"Like Willie Sutton said when he was asked why he robbed banks, 'That's where the money is,' " said Alden Meyer of the Union of Concerned Scientists. "This is where the carbon is."

McCarthy has already overseen regulations that will limit carbon emissions from new power plants. And she played a key role in doubling automotive fuel-economy standards, which was one of the few big climate accomplishments in the president's first term.

The extra miles per gallon were the product of cooperation between the administration and automakers. McCarthy is described as a pragmatic regulator, with a reputation for reaching out to industry. Before joining the EPA in 2009, she served in state environmental roles under two Republican governors: Jodi Rell in Connecticut and Mitt Romney in Massachusetts.

"She's tough, she's independent, she's fair," said Meyer. "She will listen closely to the views of all the interests, including affected industries, and if she sees a reason to change her stance, she'll do that."

Like McCarthy, the president's pick for energy secretary is familiar to both the industry and Washington. Moniz served as undersecretary of the Energy Department during the Clinton administration.

The White House points to his selection as evidence of Obama's commitment to an "all-of-the-above" energy strategy. The initiative Moniz runs at MIT devotes much of its research to alternative forms of energy, including solar. But Moniz has also championed natural gas as a "bridge fuel" to a future with less carbon pollution.

A nuclear physicist by training, Moniz has been a scientific adviser to Obama. He also served on a blue-ribbon panel looking for new ways to store nuclear waste, after the president nixed a planned disposal site at Yucca Mountain in Nevada.

Obama's choice for budget director is also a veteran of the Clinton administration. Burwell served as deputy director of the Office of Management and Budget in the late 1990s, when the federal government ran a budget surplus. For the past decade, she has been working in the world of big philanthropy. Before taking over the Walmart Foundation last year, she was chief operating officer and the leader of global development at the Bill and Melinda Gates Foundation.