Accessibility links
Four Things To Know About The Next Big Budget Battle : It's All Politics The continuing resolution allows Congress to carry over the previous fiscal year's budget into the next one. And if Congress doesn't pass one by March 27, the government will run out of money and likely shut down. 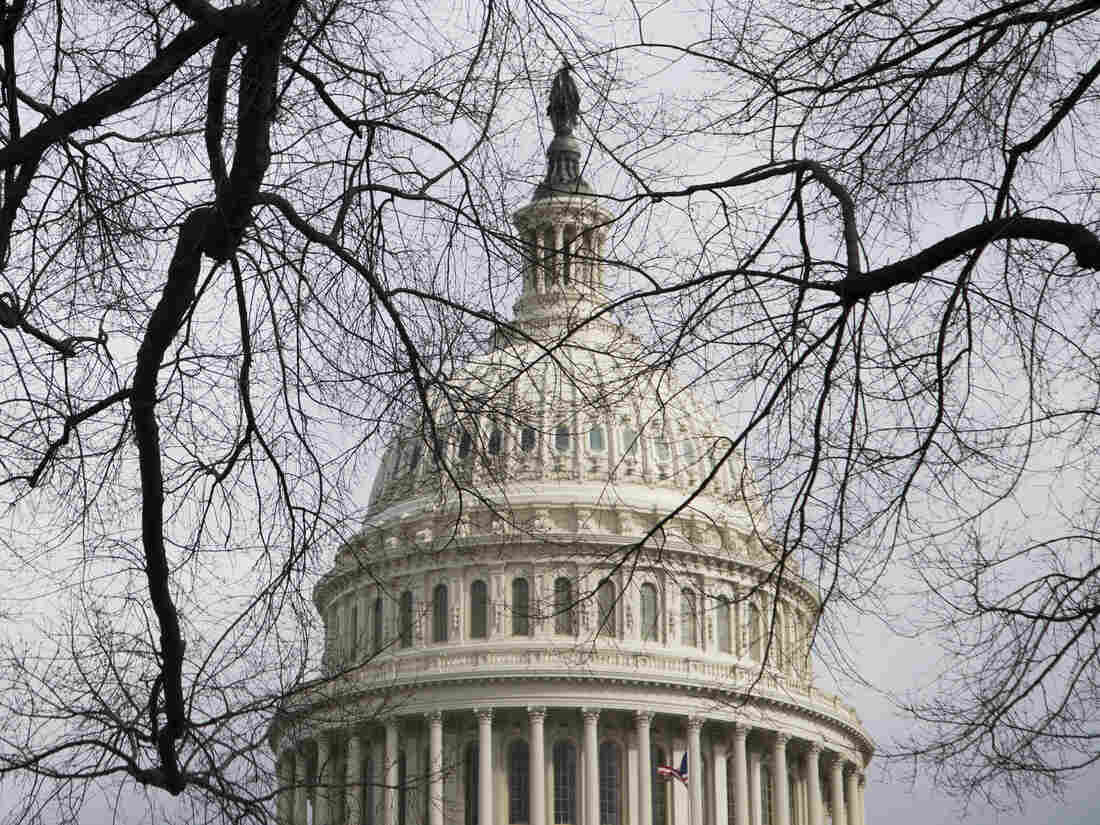 Congress has until March 27 to pass a Continuing Resolution. If it doesn't, the government will run out of money and will likely shut down. Manuel Balce Ceneta/AP hide caption

1. Exactly what is a "continuing resolution"?

The continuing resolution, or CR for short, is legislation that basically allows Congress to just carry over the previous fiscal year's budget into the next one. In other words, it permits Congress to maintain roughly the same budget priorities and budget levels over the subsequent year. A CR can last for any length of time, whatever Congress wants — a few weeks, six months, a year, anything.

2. Why would Congress want to pass a CR in the first place?

And if lawmakers can't even pass a CR before government funding runs out, the government could simply shut down.

3. Is there a real threat of a government shutdown in this case?

Both House Speaker John Boehner and President Obama seem to agree — they're not interested in that particular game of chicken. The last time the government shut down was in 1995 and 1996, during the Clinton presidency. Republicans paid a political price for that.

Actually, lawmakers in Washington are used to passing continuing resolutions. Over the past 40 years, the CR has been the standard way of doing business on Capitol Hill. Going through the full, traditional appropriations process is a now very rare event in Washington.

4. So how does the continuing resolution interact with the sequester?

Oh, right, there's the sequester. Because a sequester is in effect, figuring out what a budget will look like under a continuing resolution is going to be messier. As budget expert Stan Collender of Qorvis Communications put it, "What's going to happen in March is a new definition of the phrase 'March Madness.' It will have less to do with college basketball and a lot to do with craziness in Washington on budget-related issues."

The House has just taken the first stab at a CR. The chairman of the House Appropriations Committee has introduced a bill that keeps the sequester in place but reallocates funding within the departments of Defense and Veterans Affairs, to help cushion the impact of the cuts. It's a way for Chairman Hal Rogers, R-Ky., to determine budget priorities rather than letting the White House do it.

But actually reversing the sequester will take a lot more than letting some departments reallocate money. It will likely include a mix of tax overhaul and cuts to entitlements, such as Medicare and Social Security. That fight could take a long time.