Accessibility links
In Jeb Bush's Immigration Mishmash, One Thing's Clear: 2016 Race Is On : It's All Politics The former Florida governor spent Tuesday clarifying statements about immigration in his new book, and some made as recently as Monday. Bush's back-and-forth on what to do about 11 million or so undocumented immigrants already in the country has become the story of a nascent 2016 presidential campaign.

In Jeb Bush's Immigration Mishmash, One Thing's Clear: 2016 Race Is On

In Jeb Bush's Immigration Mishmash, One Thing's Clear: 2016 Race Is On 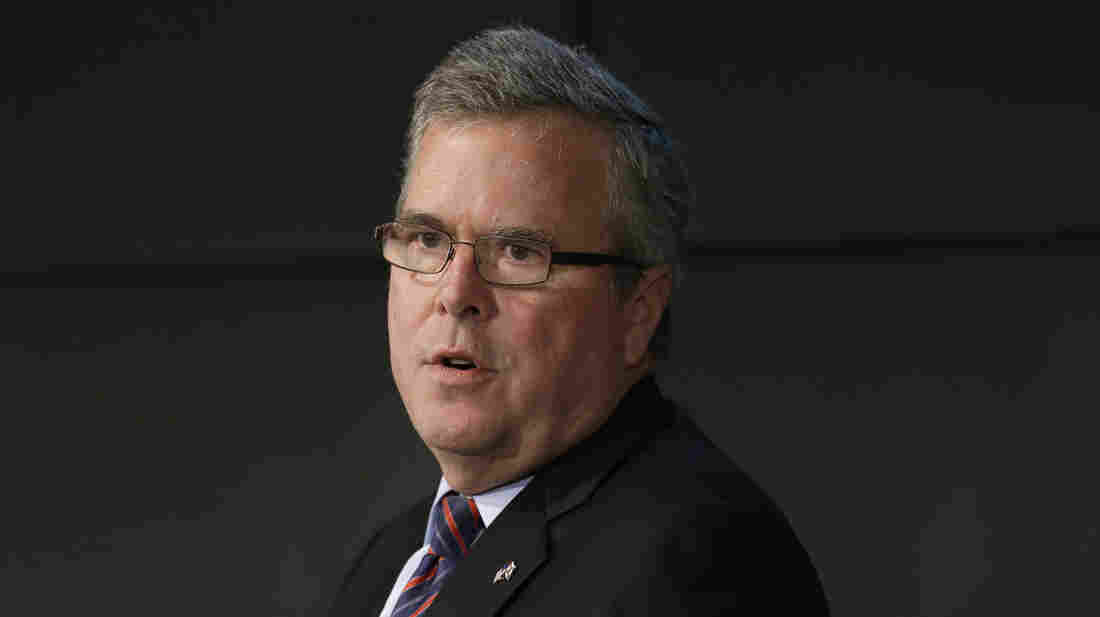 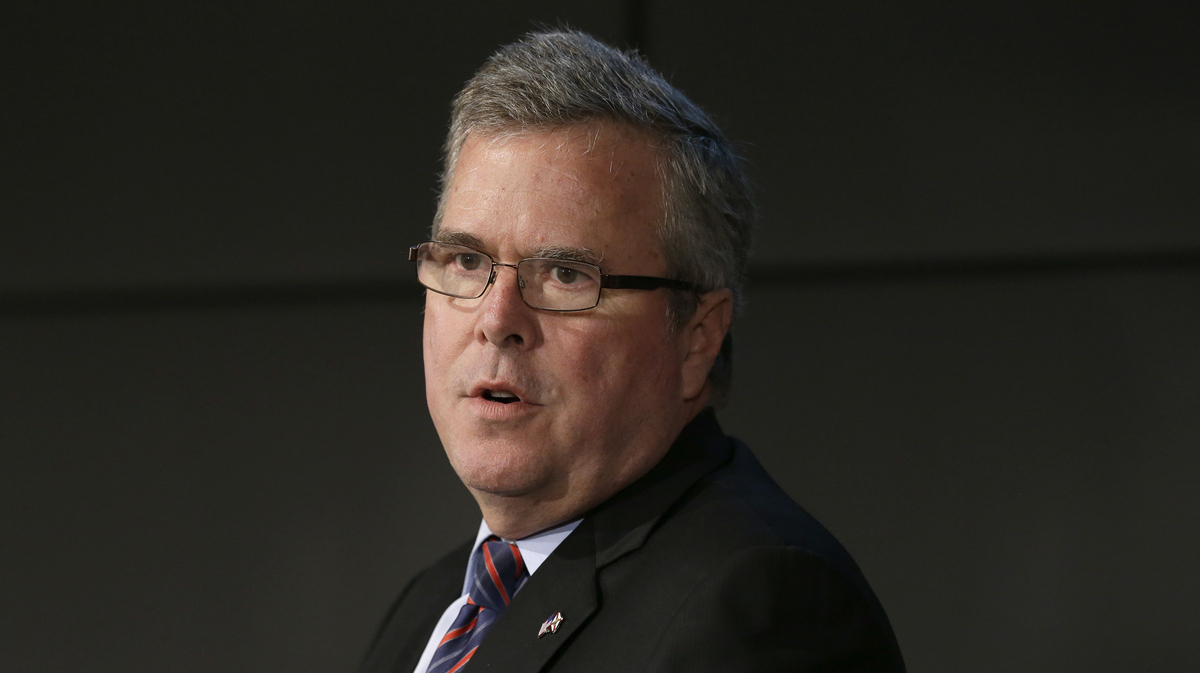 If Nov. 7 brought pangs of withdrawal from the end of the presidential race — good news!

The next one has already started.

Witness last week's dust-up over the American Conservative Union's failure to invite New Jersey's Chris Christie, one of the most popular Republican governors in the country, to its annual Conservative Political Action Conference. And if that flew under the radar, this week's book tour launch by former Florida Gov. Jeb Bush has removed all doubt that the countdown to Iowa has begun.

Bush and conservative lawyer Clint Bolick jumped squarely into a major national debate with their release of Immigration Wars. Given Bush's name ID, his fundraising ability and his stature within the Republican Party, the book would have created buzz regardless of what it said.

But Bush's handling of the key issue of what to do about the 11 million or so undocumented immigrants already in the country has become the story of a nascent 2016 campaign.

On Monday, Bush told both NPR and NBC's Today Show that he supported allowing those who entered the U.S. illegally to stay and work legally, but not to become citizens — statements that match what he and Bolick wrote in their book.

This is what Bush told Morning Edition's Steve Inskeep: "Over a period of time, they can have a legalized status that allows them to live a life of dignity," Bush said, "but not necessarily a path to citizenship, so as to not create incentives for future people that aspire to come to our country to do so illegally when they could come legally."

He told the Today Show: "There has to be some difference between people who come here legally and illegally. It's just a matter of common sense and a matter of the rule of law. If we're not going to apply the law fairly and consistently, then we're going to have another wave of illegal immigrants coming into the country."

His statements raised eyebrows because Jeb Bush, like his brother and his father, had never bought into the nativist sentiment that has seemed to drive much of Republican Party thinking on the issue. His wife, Columba, was born and raised in Mexico. Jeb met her there during a high school exchange program.

Last year, just as Mitt Romney had wrapped up the Republican presidential nomination after adopting a hard-line stance suggesting that illegal immigrants should "self-deport," Bush went on the Charlie Rose show, where he declared support for a "path to citizenship" for those here illegally.

"You have to deal with this issue. You can't ignore it. And so, either a path to citizenship — which I would support and that does put me probably out of the mainstream of most conservatives — or a path to legalization, a path to residency of some kind," Bush said. "I would accept that in a heartbeat as well if that's the path to get us to where we need to be, which is on a positive basis using immigration to create sustained growth."

Just as political operatives and journalists began speculating that his new position was crafted for the benefit of Republican primary voters and caucus-goers — groups that, particularly in the early states, tend to be particularly conservative on issues like immigration — Bush had moved on.

By Tuesday morning, Bush was pulling back from his day-old, anti-path position. On MSNBC's Morning Joe, Bush pointed out that he had written the book in 2012 — that is to say, back when he would have been more pro-immigration than the vast majority of his party. Back before Florida Sen. Marco Rubio and other Republican senators signed on to an immigration plan that includes a path to citizenship.

"We wrote this book last year, not this year," Bush said. "Going forward ... if you could craft that in law where you could have a path to citizenship where there isn't an incentive for people to come illegally, I'm for it. I don't have a problem with that. I don't see how you do it. But I'm not smart enough to figure out every aspect of a really complex law."

He repeated that sentiment later on CNN. "Instead of saying, 'Send people back that are here illegally,' which was kind of the mantra of 2006, '07 and '08 amongst Republicans, I have always felt that you could not deal with 11 million people and say, 'See you later,' " Bush said.

How the immigration issue plays out in the coming year or two will have more do with President Obama and congressional leadership than a former Florida governor, even if he is the son and brother of former presidents. But as to the question of running for president himself, Bush is now giving a markedly different answer than the various iterations of "not thinking about it" that he has issued for more than a decade.

In his CNN interview, he ticked through the various factors he would consider as he weighed a potential candidacy. And to NBC Nightly News, he even outlined the challenge of winning the Republican nomination and later appealing to a broader audience.

"The question is: How do you win with purpose and meaning that allows you to have a chance to win in the general election?" Bush said. "I think it's to talk about positive things rather than just appealing to people's legitimate anger about the direction of the country. You have to do more than that."