Accessibility links
Why Obama (And Any President) Fails To Meet Expectations : It's All Politics Americans expect a lot from the president — any president. Modern presidents are believed to control the economy, when the reality is that they have fewer tools even to control Congress or public opinion.

Why Obama (And Any President) Fails To Meet Expectations

Why Obama (And Any President) Fails To Meet Expectations 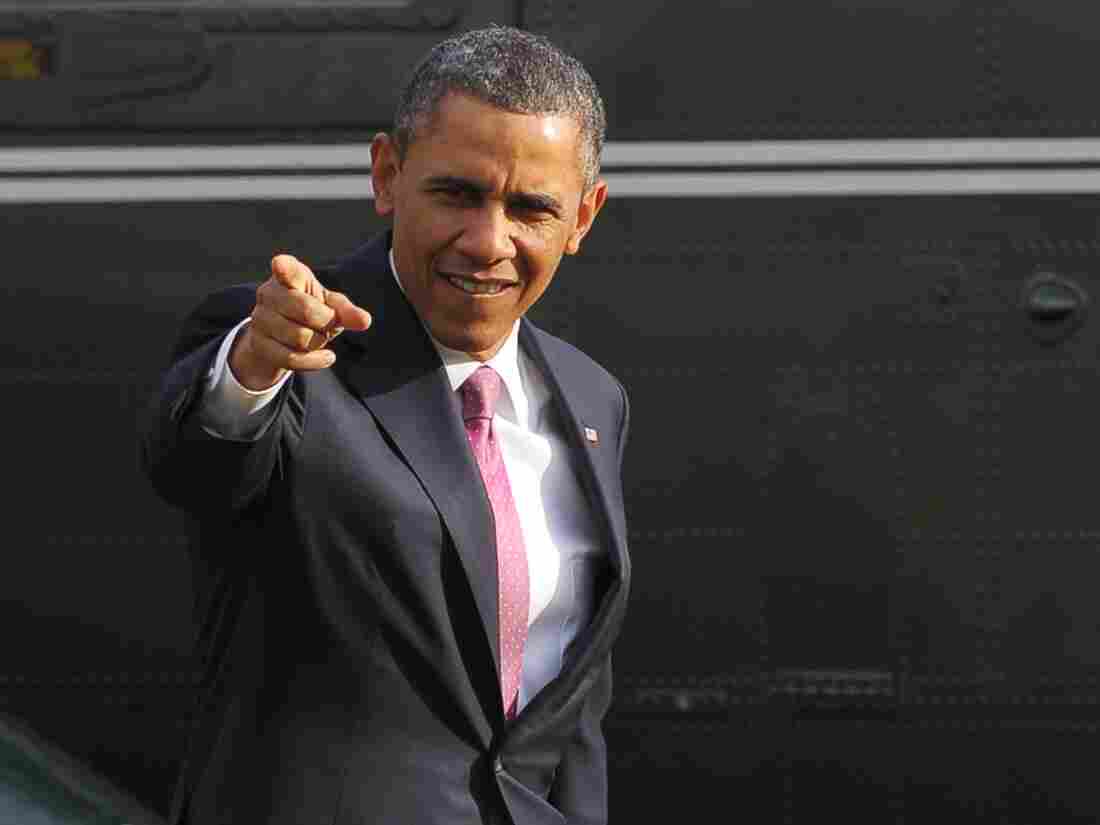 As with other recent presidents, Barack Obama is disliked and distrusted by roughly half the public. But some of his perceived failings may be the result of an inflated expectations game that all modern presidents must play. Mandel Ngan/AFP/Getty Images hide caption 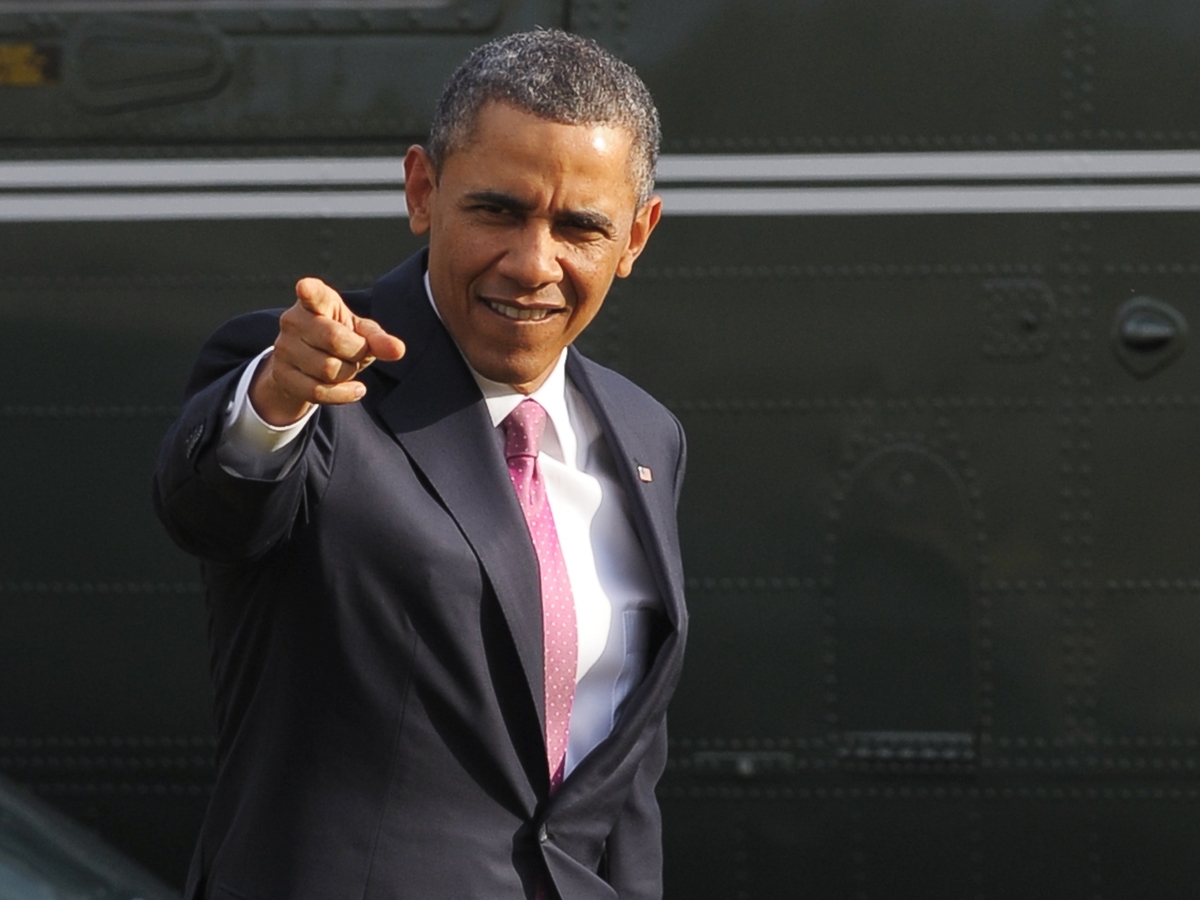 As with other recent presidents, Barack Obama is disliked and distrusted by roughly half the public. But some of his perceived failings may be the result of an inflated expectations game that all modern presidents must play.

Whether President Obama attacks members of Congress, takes them out to dinner or pays them visits on Capitol Hill, he needs their support in order to achieve major parts of his agenda.

That presidents are at the mercy of Congress when it comes to budgets and legislation is an obvious point, and one deeply embedded in the U.S. constitutional system.

But it's a truism that often gets overlooked in the rush to assume that what a president wants, a president can get.

"We are taught that presidents are the center of government, and great presidents can make things happen," says Matthew Eshbaugh-Soha, a political scientist at the University of North Texas. "There's this Rushmore view, and it's a myth."

Obama has made mistakes, and, naturally, many Americans think his policies on issues such as tax rates and health care were wrongheaded to begin with. However, some of his perceived failings may be the result of an inflated expectations game that all modern presidents must play.

"Expectations tend to be wildly unrealistic," says Thomas Mann, a senior fellow at the Brookings Institution. "Presidents can be important, but their scope for solving problems that are the source of substantial disagreement [is] exceedingly limited within our constitutional system."

Given the constraints of divided government and the current polarized landscape, not many presidents would be able to accomplish more than Obama has, says Lara Brown, a political scientist at Pennsylvania's Villanova University.

Still, all presidents are dealt tough cards. Obama has not always played his well, Brown argues, because he tends to promise more than he can deliver and then attempt to lay the blame elsewhere, typically on congressional Republicans.

"I don't imagine history will forgive him for his self-constructed victimhood to the House GOP," she says. "Successful leaders control the political definition of their actions."

Majesty Of The Office

Walk into an elementary-school classroom, and chances are still pretty good that you'll see miniportraits of all of the presidents lining the wall.

Schoolchildren, however, are not taught the names of Thomas B. Reed or Nelson W. Aldrich or any other bygone congressional leaders.

"My 6-year-old daughter, when she was asked what she would do as president, said she'd lower taxes and bring peace to the world," says Jack Pitney, a government professor at Claremont McKenna College in California. "That's the way children think of the world — that presidents actually do these things."

That sense of the majesty and centrality of the presidency tends to stay with Americans as adults. Books such as The Age of Reagan and The Age of Jackson argue through their very titles that presidents can dominate and define their eras.

"The modern presidency is in fact that notion that the president is in some sense front and center," says Bill Connelly, a political scientist at Washington and Lee University in Virginia.

But in order to achieve great things, a president has to bend Congress and the country to his will.

"It's tough governing," says Mann, the Brookings scholar. "It's especially tough now, given the differences between the parties."

Mann faults congressional Republicans for being unyielding. He notes that many 1960s-era members of the GOP were willing to support Lyndon B. Johnson's civil rights agenda. Conversely, conservative Democrats backed Ronald Reagan's tax cuts in 1981, even as their party controlled the House.

But liberal Republicans and conservative Democrats are few and far between these days. Old-fashioned aisle-crossing seldom happens, making life difficult for a president facing a divided Congress.

In addition, the public has become more polarized. As with other recent presidents, Obama is disliked and distrusted by roughly half the public.

"If you're looking at half the population that disagrees with you already, it's not like the president can put pressure on Congress by making people agree with him," says Eshbaugh-Soha of the University of North Texas. "If a president once had real potential to influence the public through speeches, that really isn't possible anymore."

There's some research to suggest that presidents who talk optimistically about the economy can help boost consumer confidence, Eshbaugh-Soha notes. But even if a president can convince the nation and Congress that his economic ideas are the way to go, he'll still have a limited ability to shape the economy.

As Pitney notes, a president is only one part of a government that controls only some aspects of the economy. The political branches set fiscal policy (tax and spending rates), yet have limited influence over what the Federal Reserve decides regarding monetary policy (interest rates and the size of the money supply).

All of these governmental actors in total may help set conditions, but they can't make a market economy boom on their own — especially in an era of global finance. While presidential fortunes may rise and fall with the economy, expectations that a president can create jobs or make the economy grow are generally overblown.

"That expectation, that presidents have the wherewithal to manage the economy, has led the economy to control any number of presidents, Republicans and Democrats," says Connelly, the Washington and Lee political scientist. "The economy goes down, and we blame presidents. It sets presidents up for failure."

What Have You Done Lately?

All presidents may nod with recognition when reminded of Abraham Lincoln's words from 1864: "I claim not to have controlled events, but confess plainly that events have controlled me."

For certain, all presidents have the same set of powers granted to them by the Constitution to make appointments and veto legislation. How they combine those enunciated powers with less formal ones, such as their command of the bully pulpit, in order to respond to the events of their time is what separates the great ones from the mediocre.

It's impossible to judge presidential success in midterm. Connelly notes that many presidents regarded as failures still managed to achieve some real victories.

Americans empower presidents when they need to, he says, whether it was Lincoln during the Civil War or George W. Bush following the attacks of Sept. 11, 2001. "Then we immediately start pushing back and trying to humble these individuals," Connelly says.

That might be the perverse upside to the expectations game. Hoping for so much from the White House, Americans tend to denigrate presidents who disappoint — a mood swing that keeps our awe of the office in check.

"We use these people and we throw them out," Connelly says. "Madison would say it's a good thing, that as a Democratic people we are impatient."