Accessibility links
Republicans Face Off Over Strategy For Picking Candidates : It's All Politics The big donors behind Karl Rove's Crossroads superPAC have started a new project to vet and recruit Republican candidates they believe can win. But some anti-establishment groups have viewed the project as an inside-the-Beltway power grab. 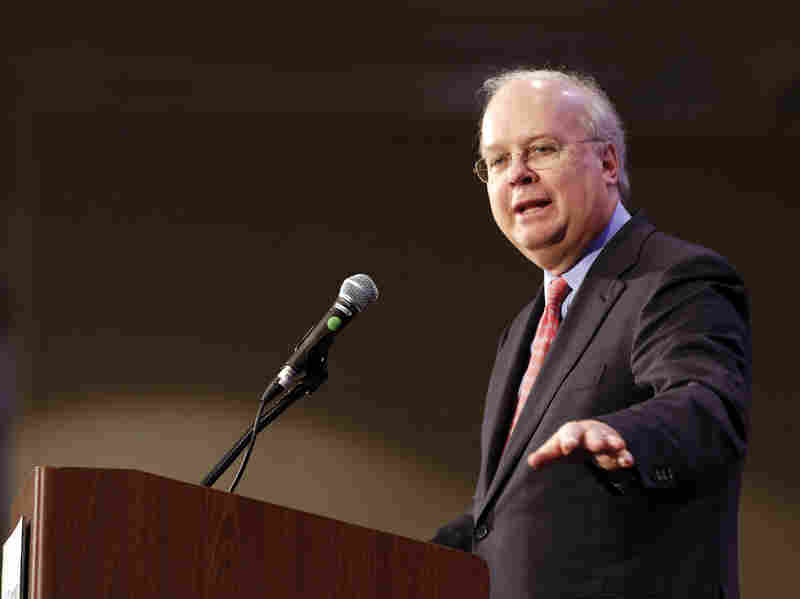 Karl Rove and the big donors behind his Crossroads superPAC have formed a new group, the Conservative Victory Project, to vet and recruit Republican Senate candidates. Rich Pedroncelli/AP hide caption 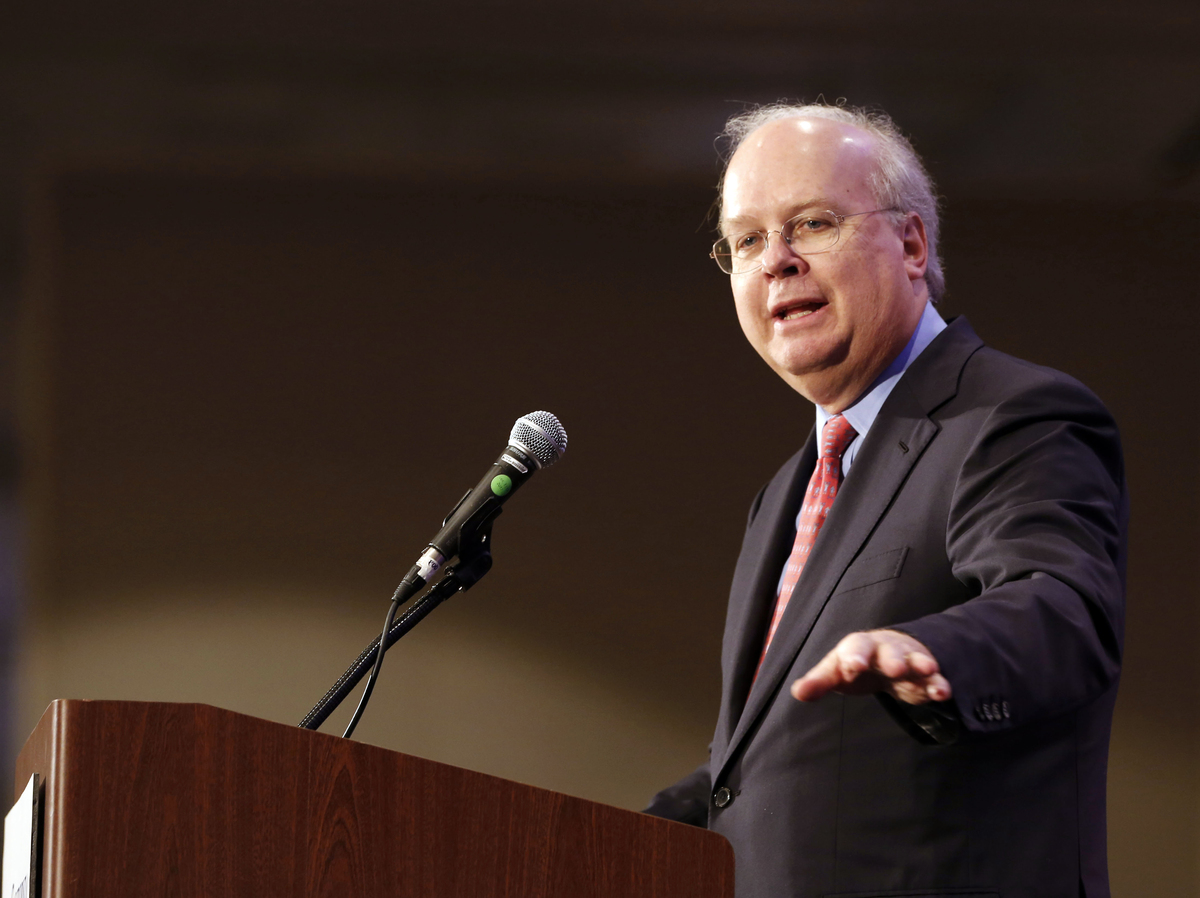 Karl Rove and the big donors behind his Crossroads superPAC have formed a new group, the Conservative Victory Project, to vet and recruit Republican Senate candidates.

Republicans have a steep hill to climb if they want to take control of the Senate next year. The GOP would need to pick up six seats in 2014.

There are plenty of open seats and vulnerable Democrats up for re-election, but Republicans are debating the best way to win.

Last year's Senate results were disappointing for the GOP: The party ended up losing a number of seats it thought were winnable — and now it's trying to figure out what to do differently next year.

Karl Rove and the big donors behind his Crossroads superPAC have one idea. As Rove explained on Fox News Sunday, he has formed a new group, the Conservative Victory Project, to vet and recruit Republican Senate candidates.

"Our object is to avoid having stupid candidates who can't win general elections, who are undisciplined, can't raise money, aren't putting together the support necessary to win a general election campaign," Rove said.

He was referring to a bunch of Republican candidates whose campaigns imploded — handing Senate seats to Democrats even in red states like Missouri and Indiana. But in the post-Citizens United, free-for-all world of superPACs, Rove's group already has its competitors — anti-establishment groups like Tea Party Express and FreedomWorks.

Chris Chocola, who runs the Club for Growth, a group that backs conservative candidates in Republican Senate primaries, says he sees Rove's effort as an inside-the-Beltway power grab.

Chocola says Rove's group has identified the wrong problem. He points to a series of unsuccessful moderate candidates in states like Virginia, Wisconsin, Montana and North Dakota — "all establishment candidates, all backed and picked by, you know, groups that would be aligned with Rove's new group," he says, "and they all lost. So that's really the question that we should be asking."

Chocola and the Club for Growth have started a project of their own, PrimaryMyCongressman.com, aimed at moderate Republicans in the House. Its website singles out Republicans from districts that were easily carried by GOP presidential candidate Mitt Romney but who receive low scores from the club for their votes in favor of the auto bailout or the fiscal cliff deal.

"They represent very conservative districts that would support a champion of economic freedom, but they don't choose to vote that way," Chocola says. "All of these districts would elect someone more conservative than the incumbent currently serving."

PrimaryMyCongressman.com has won applause from the conservative grass roots, including Erick Erickson of the Red State blog.

"I think it's probably one of the greatest ideas ever," he says. "Basically the message from Club for Growth ... is that people in their own districts have a good idea of who they should run ... and they don't like this top-down approach from Washington, D.C."

But Steven Law of the Conservative Victory Project says his group is not trying to start a street fight with the Tea Party or the Club for Growth — he just wants to identify the most conservative candidates who can win.

He says the goal is "to try to see if we can build consensus behind the best possible candidate. And the best example for how this is done is to take a look at what the Democrats do. They have very, very few contested primaries now. They're able to bridge the ideological gap in their party, which is quite large, settle upon a candidate who best represents that state or district, and get behind them. And that's what we hope to see on our side."

If the process works as Law intends, then the Conservative Victory Project, the Tea Party and the Club for Growth could end up supporting the same candidates. If it doesn't, there could be a new round of establishment vs. grass-roots battles inside the Republican primaries — hampering the party's goal of taking back the Senate in 2014.