Accessibility links
Marco Rubio, Rand Paul Bring Charisma, Red Meat To Receptive CPAC : It's All Politics Coming off the 2012 election, many at the annual Conservative Political Action Conference are trying to figure out who can best return the party to White House power while upholding conservative principles. And Thursday, the young senators from Florida and Kentucky each made their case. 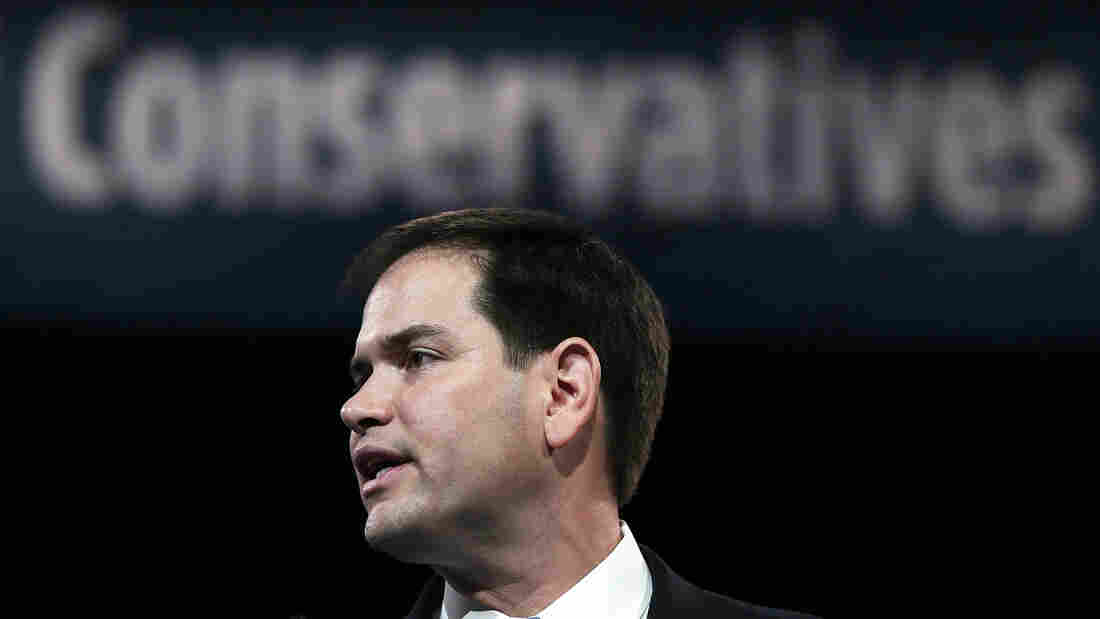 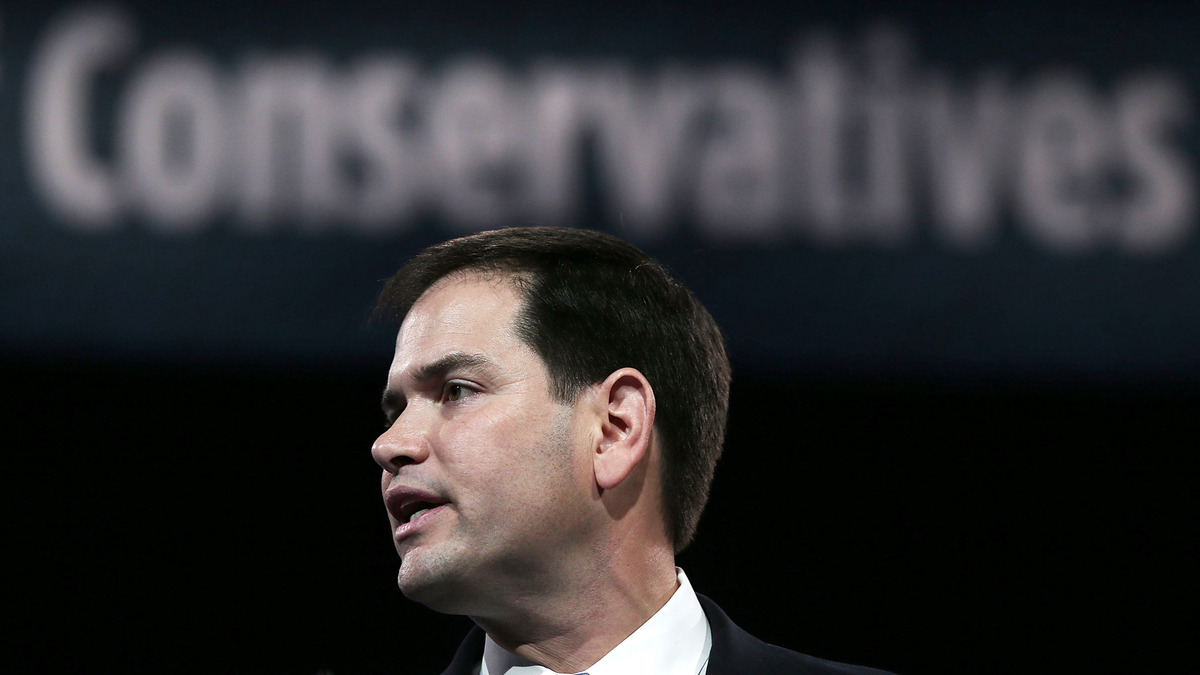 The next Republican presidential primary is so far off that some of those attending the Conservative Political Action Conference on Thursday could be spotted wearing stickers for two potential candidates: Rand Paul and Marco Rubio.

It's just too early to choose.

Mike Demkiw, a Syracuse University political science major and College Republican, sported stickers for both men on his lapels. He was spotted stuck in a human traffic jam of GOP activists outside a convention center ballroom after Rubio, the senator from Florida, and Paul, the senator from Kentucky, had given speeches.

"I was leaning toward Rubio coming in. I do like Rand Paul, though. I do think that moving forward with the GOP, both of them are going to be titans," Demkiw said. "And I think they'll definitely run in 2016."

"They're young. Unlike people like [Arizona Sen.] John McCain and [South Carolina Sen.] Lindsey Graham, they really embrace the conservative movement," he said. "They embrace the Constitution, which I think is an important thing, which many of our leaders these days have strayed away from."

Coming off the 2012 election, which was disappointing, to say the least, to many of these activists, Demkiw is like many at CPAC, trying to figure out who can best return the party to White House power while upholding conservative principles.

The three-day conference being held this year just outside the nation's capital isn't necessarily the best predictor of which Republican politician will ultimately appeal to a large enough part of the electorate to become president. But CPAC does provide a sense of who most excites the conservative activists essential to winning caucuses and primaries in places like Iowa and South Carolina.

Based on the first day, Rubio and Paul were both capable of generating thrills from activists, through a potent combination of charisma and red meat.

As smooth a speaker as exists in American politics today, Rubio made an effort to contrast himself with 2012 presidential candidate Mitt Romney of the infamous "47 percent." Rubio talked about, in sympathetic tones, average Americans who he said often find themselves trapped between two ideological extremes.

That wasn't the red meat, which came later. Talking of a "struggling" Florida couple living in a small apartment, the husband working unloading trucks and the wife as a dental office receptionist, Rubio said: "They're not freeloaders. They're not liberals." 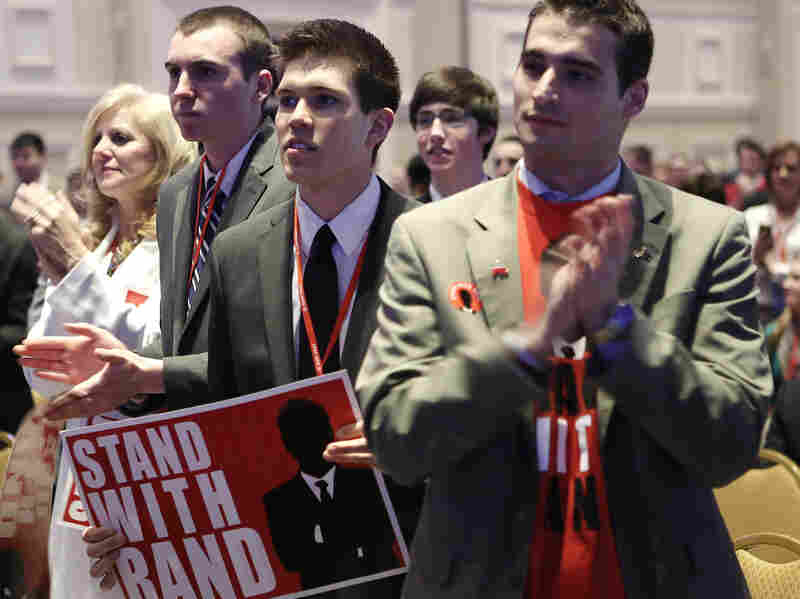 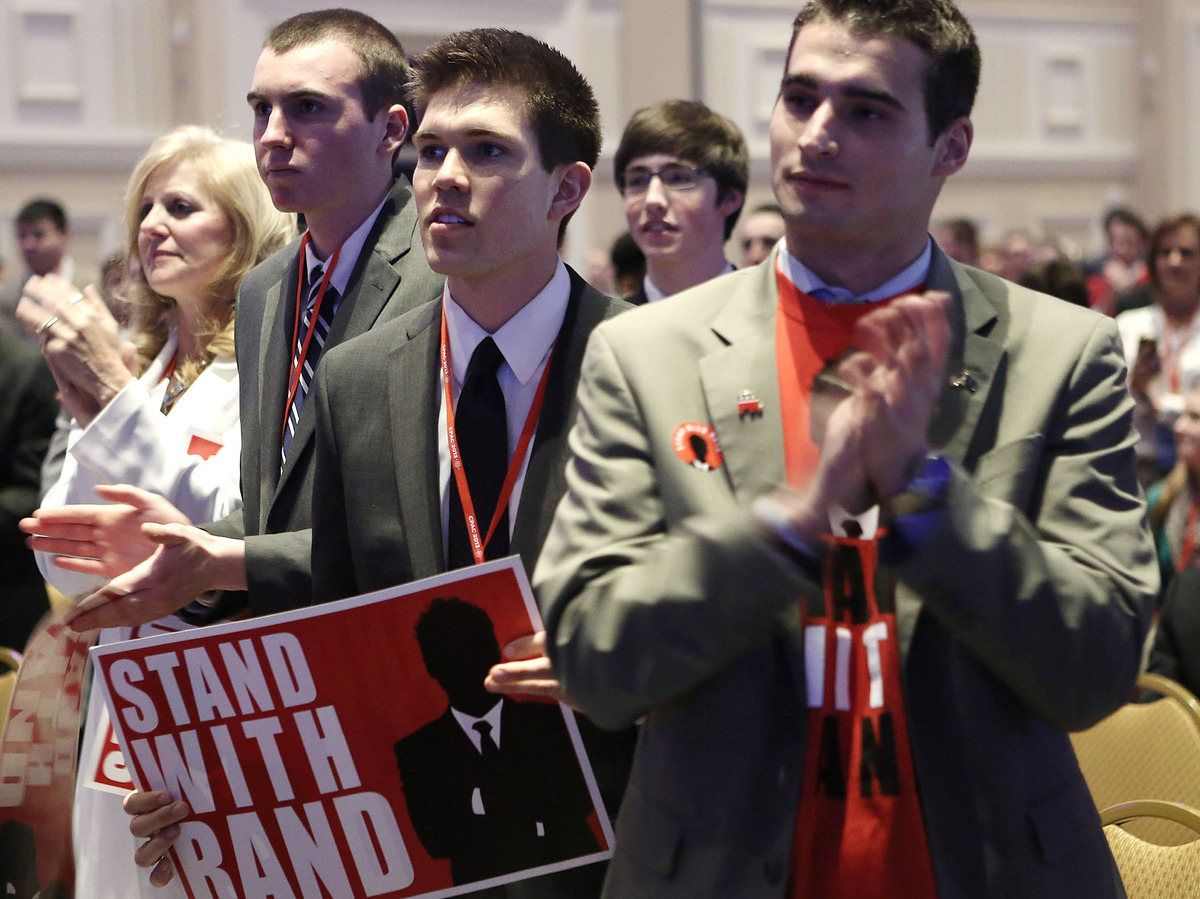 Coming off his 13-hour killer-drone filibuster, Paul directed most of his speech toward criticism of President Obama for the controversial counterterrorism program. He spent time blaming Obama for the sequester.

"We need a Republican Party that shows up on the South Side of Chicago, and shouts at the top of our lungs: 'We are the party of jobs and opportunity. The GOP is the ticket to the middle class,' " said Paul.

"The GOP of old has grown stale and moss-covered. I don't think we need to name any names," Paul said, to laughter and applause from many of the young people in the audience. Paul called them the "Facebook generation," and many of them stood the entire time he spoke, holding their Rand Paul signs.

Paul and Rubio clearly connected with activists, especially the younger ones, on an authentic, organic level that Romney could only have dreamed of.

"When Rand was talking about the Facebook generation and the Twitter generation, we're true followers for a reason," said Sara Remini, 31, a Raleigh, N.C., law student.

"Nobody came to us like they did at the [Republican National Convention] when they handed out the Mitt Romney signs and said, 'When we announce Mitt Romney, you need to get up and shake these.' You don't need to tell us to shake our signs when we're really supportive of somebody."