Accessibility links
Rand Paul Wins Conservative Vote In Straw Poll : It's All Politics At their annual conference, conservative activists chose the Kentucky senator as their pick to be the next Republican presidential nominee. The vote came ahead of the keynote speech by Texas Sen. Ted Cruz, a rising star in the GOP. 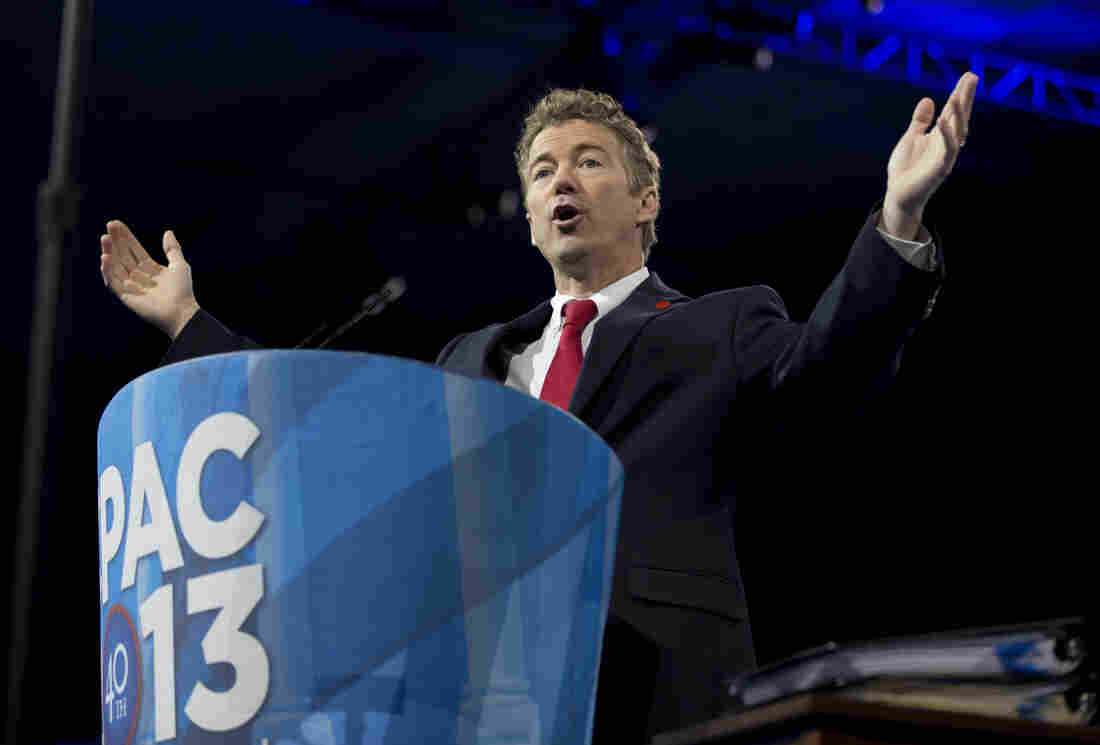 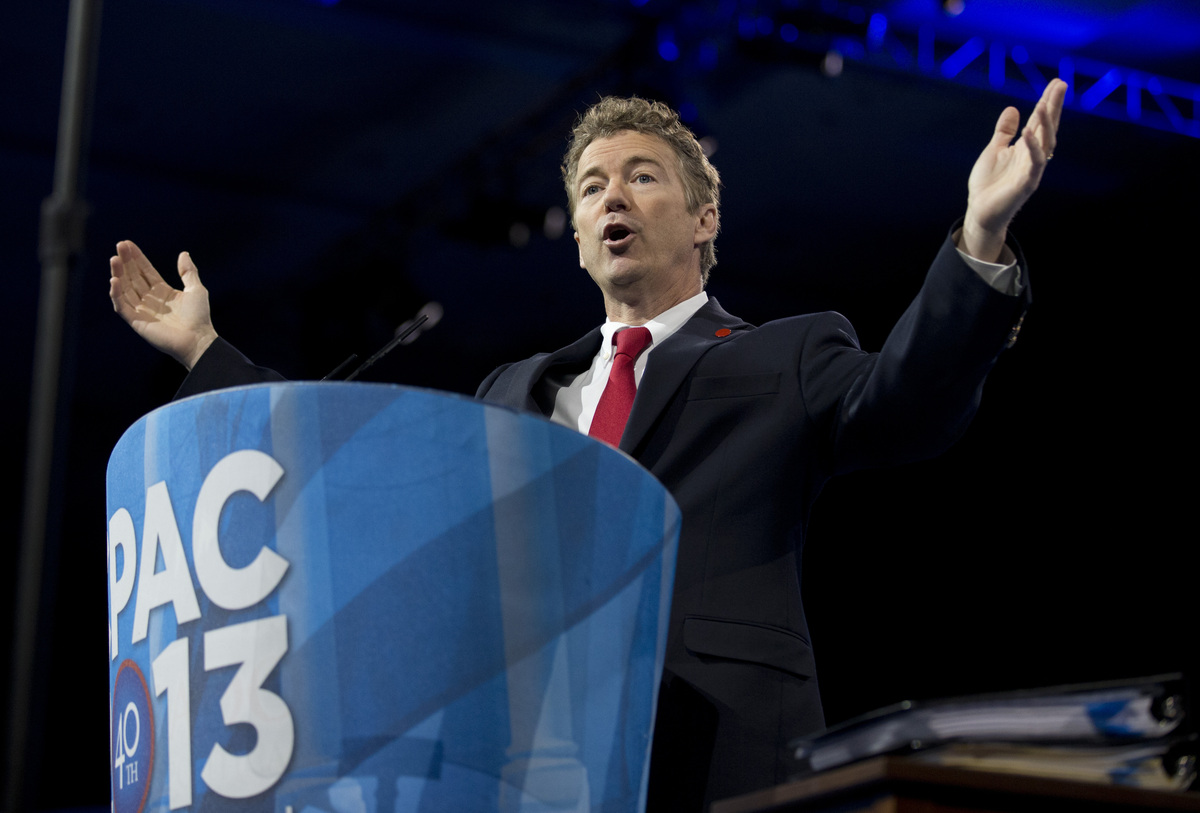 Conservative activists chose Tea Party favorite Sen. Rand Paul of Kentucky as their pick to be the Republican presidential nominee in 2016, at the Conservative Political Action Conference outside Washington, D.C., on Saturday.

As The Associated Press notes, "the win offers little more than bragging rights for Paul, who is popular with the younger generation of libertarian-minded conservatives who packed the conference."

The vote came ahead of the keynote speech by Texas Sen. Ted Cruz, a rising star in the GOP. Conservatives are using this year's conference to regroup after their losses in November.

It's the last day of the annual Conservative Political Action Conference in Maryland, which will culminate in a keynote address by up-and-coming Sen. Ted Cruz of Texas. As NPR's David Welna reports,

"Though he's only been a senator since January, this will be the third year Texas Republican Sen. Ted Cruz is addressing CPAC. This former Texas solicitor general and Tea Party favorite got top billing at the conference after aggressively questioning former GOP senator Chuck Hagel during Hagel's confirmation hearing to be secretary of defense." 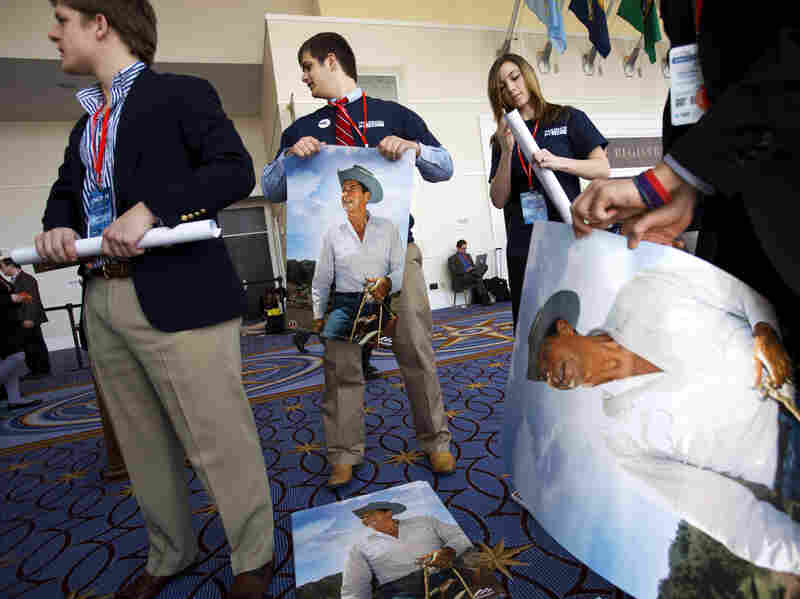 Members of the college group Young Americans for Freedom roll up Ronald Reagan posters to hand out at CPAC in National Harbor, Md. on Friday. Jacquelyn Martin/AP hide caption 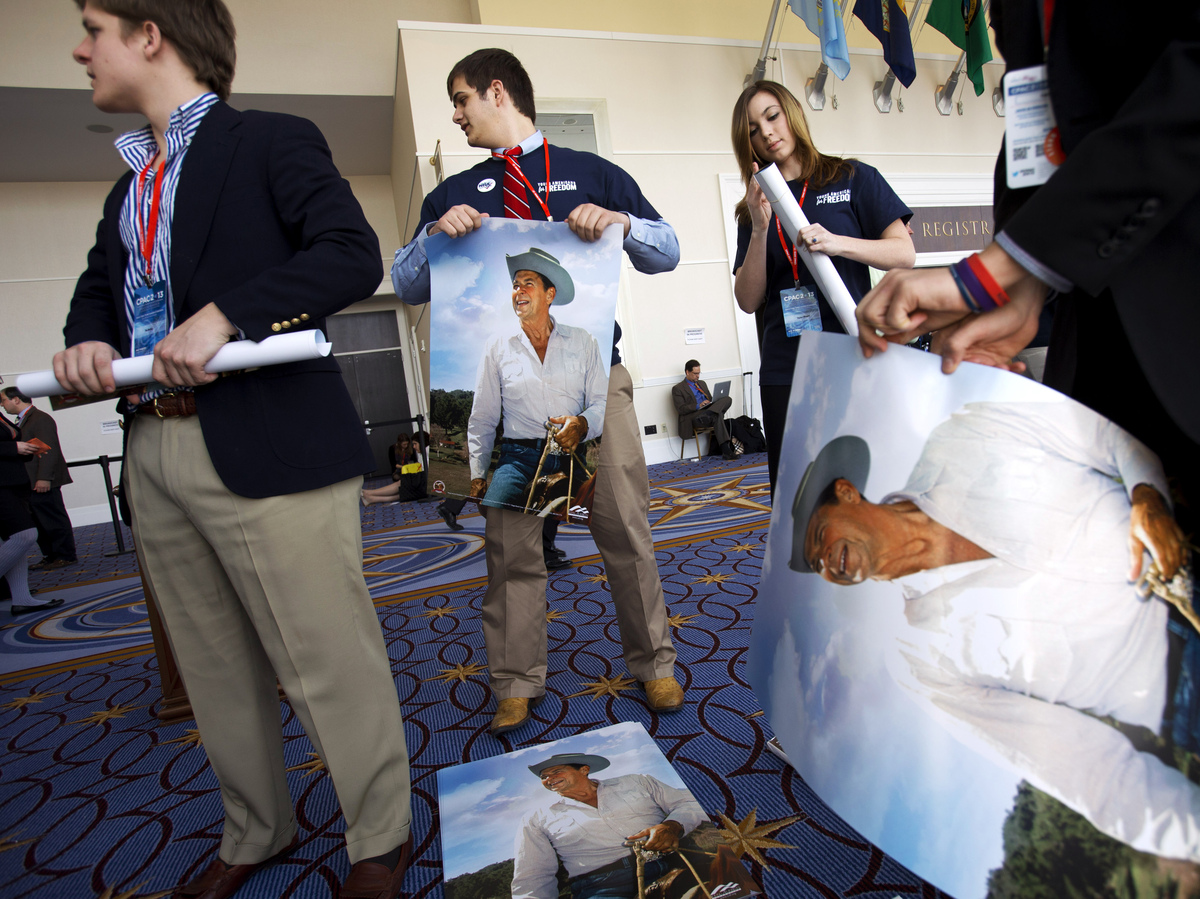 Members of the college group Young Americans for Freedom roll up Ronald Reagan posters to hand out at CPAC in National Harbor, Md. on Friday.

But before Cruz gives his keynote speech, the conference will hold a 2016 presidential straw poll. As CNN reports: "The straw poll is often considered a way to gauge where the conservative base stands on potential Republican nominees."

CNN notes that a few high-profile hopefuls are on the list but were not invited to speak at CPAC, like New Jersey Gov. Chris Christie. Among those on the ballot who are part of the program are senators Rand Paul and Marco Rubio, who spoke Thursday, and Cruz. CNN has the list of 23 candidates.

Romney won last year's poll. But generally, NPR's S.V. Dáte points out, it doesn't have much of a track record for predicting the outcome of presidential elections.

As NPR's Don Gonyea reports for Weekend Edition, this year's CPAC has been a chance for conservatives to "ponder the future and try to regroup" after losses in November's election. Since starting Thursday, the event has dallied with a range of possible approaches to the future.

"Friday offered a pretty good cross-section of the mix of moods, personalities and voices that live side-by-side in conservative America today," Gonyea says.

"Romney, whose voice seemed to quaver at times with emotion, sought to be a uniter, at least within his party, keenly aware that his failure to win the White House made him yesterday's man," James says.

Jeb Bush finished out the day with a less jubilant reception, Gonyea reports.

"His speech had a uniformly positive tone, saying if Republicans are to succeed, they need to be a party of 'inclusion and acceptance,' " he says. Bush said that the party was too frequently "associated with being 'anti' everything."