Accessibility links
RNC Post-Election Report A Line In The Sand For Divided GOP : It's All Politics The hard-eyed assessment of the 2012 national election by the Republican National Committee is either the first step toward the GOP's recovery or the latest sign that the party is headed for a break-up. 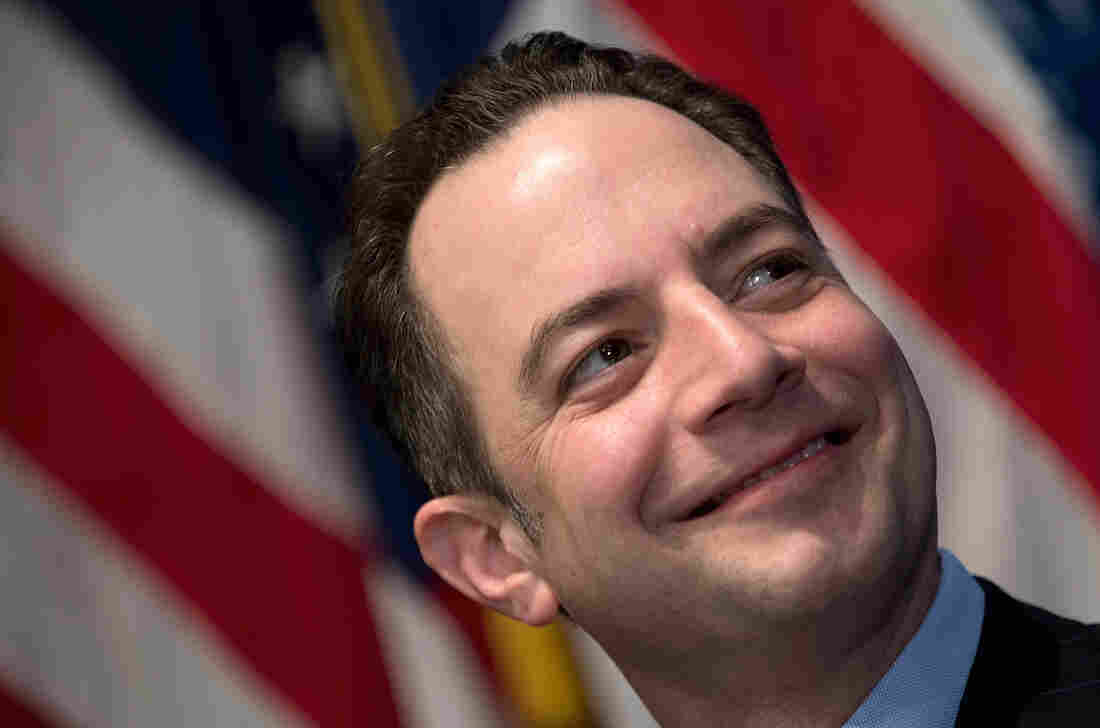 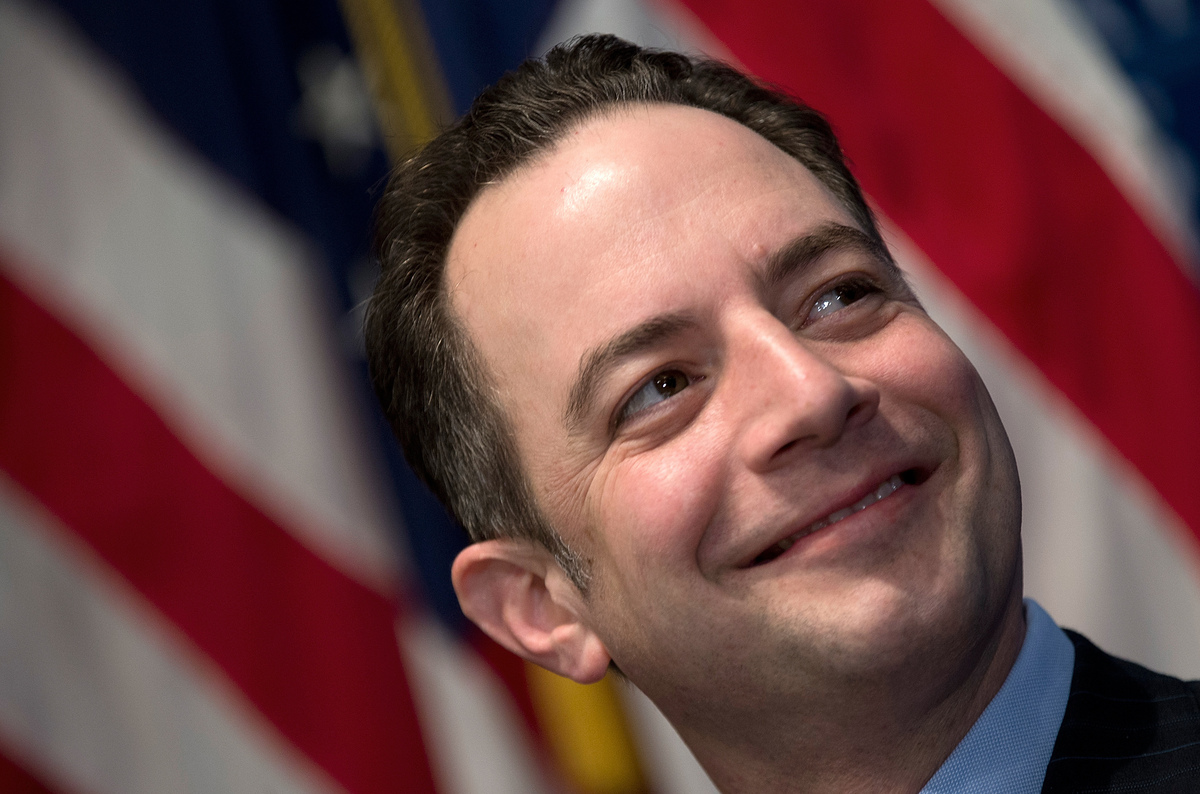 The release of a "postmortem" report on the 2012 national election by the Republican National Committee is either the first step toward the GOP's recovery or the latest sign that the party is headed for a breakup.

Or, it could be both.

RNC Chairman Reince Priebus put out a hard-eyed assessment of the state of his party, excoriating failures of communication, messaging, voter mobilization and, most of all, candidate selection and preparation.

"The Republican Party needs to stop talking to itself," Priebus said. "We have become expert in how to provide ideological reinforcement to like-minded people, but devastatingly we have lost the ability to be persuasive with or welcoming to those who do not agree with us on every issue."

The report is replete with tough love, even suggesting there is too much money being spent on TV ads and too much time going to TV debates among rival Republicans. Anyone who watched the more than 20 debates among the candidates for the 2012 nomination can attest to this.

By the time he was the nominee, Mitt Romney had found it necessary to position himself well to the right of the political center — largely renouncing his own career and issue history.

That and the heavy media concentration on provocative remarks made by Romney and others down the party's candidate roster created the image lambasted in the RNC report. Pollsters had found younger Americans, in particular, regarding the Republicans as a collection of "stuffy old men" who tend to be white and partial to the privileged.

Despite all the negativity, Priebus insisted the party had bright spots to celebrate and positive assets to build upon. The GOP's near-record number of Republican governors (30) looks solid heading into 2014, as does the party's majority in the House. There's at least a 50-50 chance the party can capture control of the Senate next year.

Moreover, the report from Priebus strongly asserts that with the right moves — including upgrades in its operations and renewed outreach to minorities and women — the party can be back in the White House after 2016.

Let's say for the moment that every word in the RNC report is true, and every hoped-for item in the turnaround plan is achieved. It could work. Indeed, just getting back to 40 percent of the Hispanic vote (or a bit better, as the party did in 2004) might be enough to turn defeat to triumph in four years. Certainly regaining the majority of women's votes, which the party managed to achieve in the lesser turnout of the 2010 midterms, would spell victory.

After all, the 4 percentage point margin by which President Obama won re-election is far from insuperable. In 2016, the Obama phenomenon will be over, and the eight-year swing that has been so common in American presidential elections will give the out party its best opportunity.

If the GOP finds itself controlling both chambers of Congress and the White House after that, many will look back on this moment and the work of Priebus' task force and cheer.

But it is far from clear that the Republican Party of 2013 will embrace either the spirit or the prescriptions in the Priebus document. The pushback from "movement conservatives" and such talk show personalities as Rush Limbaugh and Glenn Beck began immediately.

Limbaugh said the GOP was "just getting totally bamboozled," and took off on an attack against the only Hispanic nominated for Obama's second-term cabinet, Thomas Perez. Limbaugh likened Perez to Hugo Chavez and a leader of the Ku Klux Klan.

It is also noteworthy that Priebus' report praised the "gubernatorial party" in contrast to the "federal party," emphasizing congressional approval levels that have found new lows. This will not endear the chairman to party leaders on Capitol Hill, or to the Tea Party activists who sent so many Republicans there in 2010.

Jenny Beth Martin, head of the group called Tea Party Patriots, immediately denounced the report, saying that "Americans and those in the Tea Party movement don't need an autopsy report from the RNC to know [the Republicans] failed to promote our principles and lost because of it."

This past weekend in Washington, the most active forces in American conservative politics were gathered for their annual conference, and their outlook was far different from Priebus'. It might even be said to be the opposite.

For the attendees at this Conservative Political Acton Conference, the lesson of 2012 was not about having better computers or more diverse demographics or greater centrist appeal. For these populists of the right, the lesson was that Romney and an older generation of establishment figures had let them down.

And the solution was not to remix the message for the middle, but to clarify and simplify the message and increase its potency. The winner of the group's presidential straw poll was Sen. Rand Paul of Kentucky, a libertarian-style conservative at odds with many of the more senior Republicans in the Senate. Paul addressed the crowd on the first day of the conference wearing blue jeans and cowboy boots.

The straw poll runner-up was Sen. Marco Rubio of Florida, another Tea Party favorite who beat the party establishment choice in the GOP primary in 2010. Third place went to former Sen. Rick Santorum, the social issue hard-liner who pressed Romney hard in the 2012 primaries.

The impression taken away from CPAC was not one of self-examination or retooling. The energy came from strong antipathy to government, taxes and Barack Obama. The secondary energy came from internal tensions: social issues versus economic; capitalism versus populism; regular Republicans versus Tea Party upstarts; and Reagan-style conservatives versus libertarians.

So the adoption of the Priebus platform presented this week might well be the nostrum the nation's second-largest political party needs. Or it could be a declaration of intraparty war, signaling an era of struggle within the conservative movement as intense as any since the Bull Moose schism of a century ago.

And this schism could come about even if the formal organization of the Republican Party does just what the Priebus report recommends — and even if that seems to be working. The party might recover, but the multiple strains of conservatism on which it relies might well diverge. At some point, the movement now known as "Tea Party" may find its own candidate, its own funding and its own mission. Libertarians, too, might drift away.

So no matter how much better the GOP gets at casting and staging, putting on a better show may not be enough. It might even have the perverse effect of hastening the break-up.