Accessibility links
Administration Still Fighting For Assault Weapons Ban, Biden Says : It's All Politics The vice president's comments in an interview with NPR come despite signs that such a ban doesn't have enough support, even from members of his own party, to make it through the Democratic-controlled Senate. 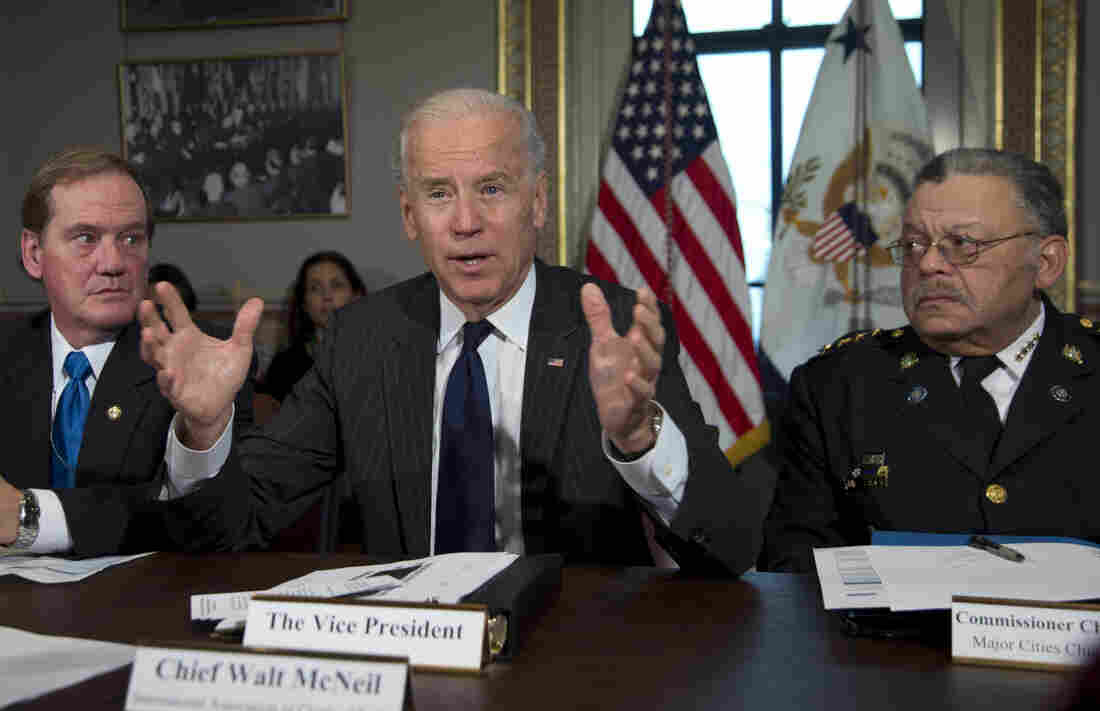 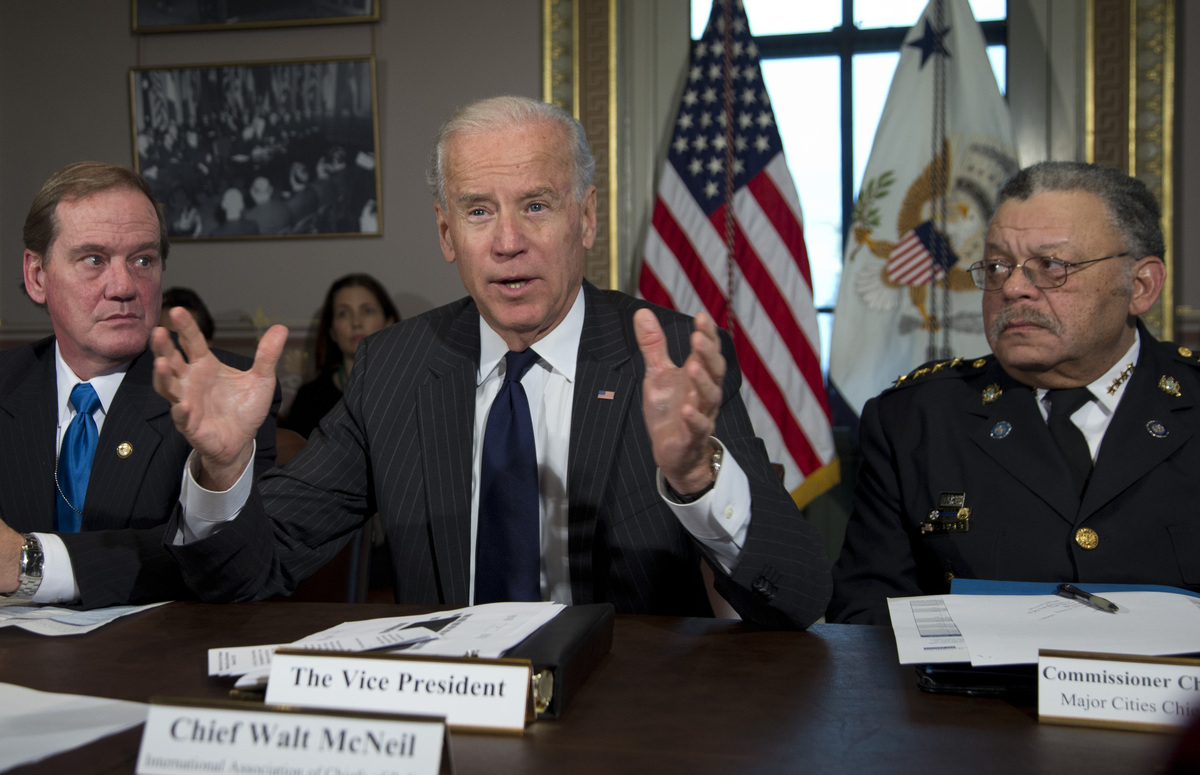 Vice President Joe Biden told All Things Considered co-host Melissa Block in an interview Wednesday that he and the Obama administration plan to continue to fight for a ban on assault weapons to be included in a larger bill in Congress.

That despite signs that such a ban doesn't have enough support, even from members of Biden's own party, to make it through the Democratic-controlled Senate.

Biden was the Senate Judiciary Committee chairman in 1994 during the passage of a 10-year-long assault weapons ban that was part of a larger crime bill. He reminded Melissa that even many people doubted the prohibition on the military-style weapons could pass.

This week, Senate Majority Leader Harry Reid, a Nevada Democrat, indicated he would not include the controversial assault weapons ban in the legislation he plans to introduce on the Senate floor.

To Melissa's question as to whether the administration planned to continue fighting for a ban that for all the world appeared a lost cause, Biden said:

"And [in] the recent decision declaring the right of someone to own a weapon in their home for self-protection, Justice [Antonin] Scalia acknowledged that you can constitutionally ban certain types of weapons. And so I haven't given up on this."

During the shock and anger that followed the deadly shooting at Sandy Hook Elementary School in Newtown, Conn., President Obama named Biden to lead a task force that would recommend changes to the nation's gun laws.

Besides the proposed assault weapons ban, Biden's group also suggested a ban on high-capacity magazines that would limit the number of rounds to 10 from as many as 30.

Biden said if Adam Lanza, the Newtown shooter, had been forced to reload because his magazine had fewer rounds, some of the 26 children and adults might have survived. He said this on limiting the capacity of magazines:

"... It in no way violates anyone's constitutional right. What is the downside of saying, you can have clips with only 10 rounds in it? What does that violate? Hunting? Sportsmanship? If you need more than 10 rounds to hunt, and some argue they hunt with that many rounds, you shouldn't be hunting. If you cant get the deer in three shots, you shouldn't be hunting. You are an embarrassment."

Several times, Biden told Melissa the "vast majority" of Americans supported a ban on military-style weapons. She questioned Biden's use of that description, however, citing a Pew Research Center poll that indicated that 56 percent of Americans support such a ban. "A very slim majority," Melissa said.

"Not the vast majority," Melissa said.

"But look, there are multiple pieces of the gun-safety initiative we're pushing. And we believe that we will get them now or we'll get them all eventually."

One piece of the administration's gun-control legislation that appears to have wider support is its push to expand background checks on gun buyers.

The current system requires gun retailers from Wal-Mart to small mom-and-pop shops to run background checks on gun buyers. But the infamous gun-show loophole allows gun sellers at such shows to sell weapons without a background check.

Asked what it would mean for the administration's efforts if an expansion of the background check system was all that came of its current push, Biden said:

"That would be gigantic. That would be gigantic. Let me put this in perspective. When the Brady legislation passed back in '94, the NRA and a significant portion of the opposition were absolutely opposed to it. They called it registration. They came up with all these scare tactics about how this was going to be terrible. Guess what? It worked. ... They said felons will never go and get a background check to buy a gun. Two million felons have tried to buy a gun, and because of the background check, been denied."