Accessibility links
IRS To 'Social Welfare' Groups: Show Me The Political Ad Money : It's All Politics In a step toward fuller disclosure, the agency is asking more questions of the entities whose multimillion-dollar ad budgets helped clog the airwaves during election season. 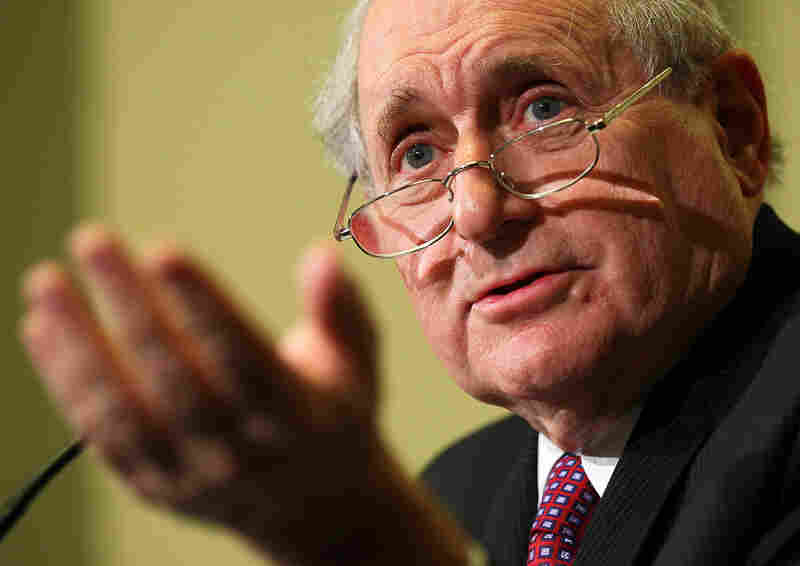 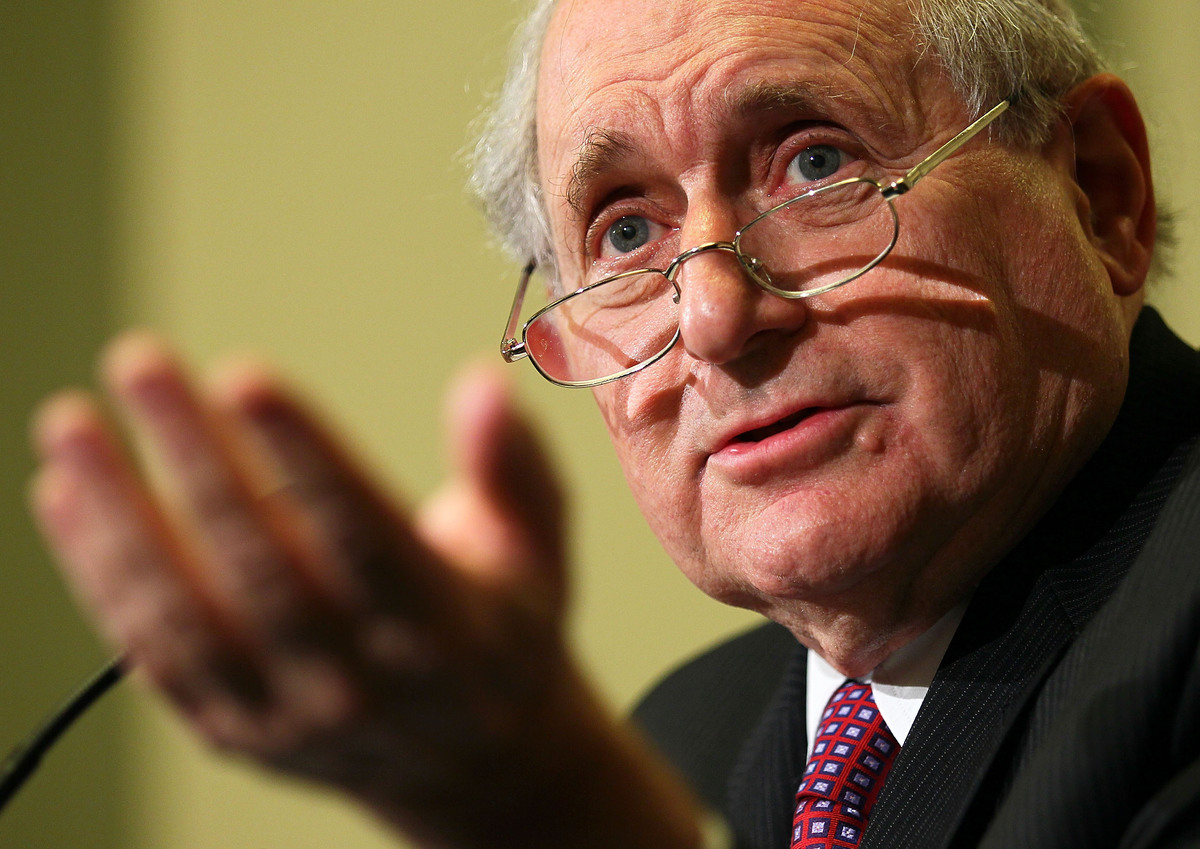 Sen. Carl Levin has been a vocal advocate for transparency in political ad spending.

How much did they really spend to intervene in the 2012 campaign? What kinds of sources supplied their money? What ties do they maintain with other nonprofit organizations or for-profit companies?

The IRS is now trying to address some of the unknowns by asking organizations to fill out a questionnaire about their finances.

The questions of campaign transparency hang over some of the election's top spenders. Among the most prolific: Crossroads GPS, which spent $48.2 million on presidential campaign ads, and Americans for Prosperity, which spent $38.1 million. Americans for Job Security, a 501(c)(6) business association, spent $14 million. The questions also apply to uncounted, smaller 501(c) groups that were active in presidential, congressional and Senate races.

The 501(c) groups don't reveal much about their finances — and most of what they do show comes months after Election Day. Meanwhile, tax law lets them hide their donors behind a veil of nondisclosure.

These groups say they're not political committees, so they don't disclose much to the Federal Election Commission, unlike virtually all other speakers in the presidential campaign.

The IRS calls the move a "compliance check." It asks a wide range of questions about a group's finances and internal structure. Some of the information will turn up, eventually, in a group's tax return on the Form 990. But other intriguing information will not. For instance, how did the group set the compensation for its most highly paid officers? Did it give them first-class or charter travel? How about country-club memberships? Any other perks?

The agency has targeted groups that are "self-declared." That is, they claim they qualify for 501(c) tax-exempt status, but they've never filed the application with the IRS. That lets them avoid the application form asking the group to describe its proposed tax-exempt activities.

The IRS says the questionnaire is meant "to help us understand" the self-declared groups and to learn "how they satisfy their exemption requirements."

But the IRS may be weighing other factors, too. The questionnaire's most explicit questions are about 501(c)(4) political activity, and the document follows months of critics' complaints that the IRS has treated 501(c)(4) groups too gently.

Democratic Sen. Carl Levin of Michigan began asking last summer about IRS enforcement policies. In official remarks, he cited data that showed undisclosed spending on political ads had more than quadrupled what it was during the 2008 election. He also said — as have other critics — that IRS regulations contradict a statutory limit on 501(c)(4) political involvement.

Levin said the politically active 501(c)(4)s "pretend to be acting in the social welfare but are instead engaging in partisan politics." He said, "It is time the IRS enforces the law or at least its own regulation."

Levin, who will not seek re-election in 2014, chairs the Senate's Permanent Subcommittee on Investigations, and he has said he'll hold hearings this spring on the IRS enforcement issue.

Meanwhile, the questionnaire may be raising eyebrows among the social welfare groups, but it isn't causing alarm.

"I think the IRS doesn't know what to do with these organizations yet," says Jason Torchinsky, with the high-powered conservative law firm Holtzman Vogel Josefiak. "They're trying to figure out what to do."

So are the tax-exempt groups that the IRS picked to fill out the questionnaire. The IRS says compliance is voluntary, but refusal could lead to an audit.