Accessibility links
Mark Sanford Wins S.C. Runoff, Gets GOP Nod To Run For Former House Seat : It's All Politics For Republicans along South Carolina's coastal low country, Tuesday is a chance to decide whether they want former governor and famously non-Appalachian Trail hiker Mark Sanford to represent them in Congress. 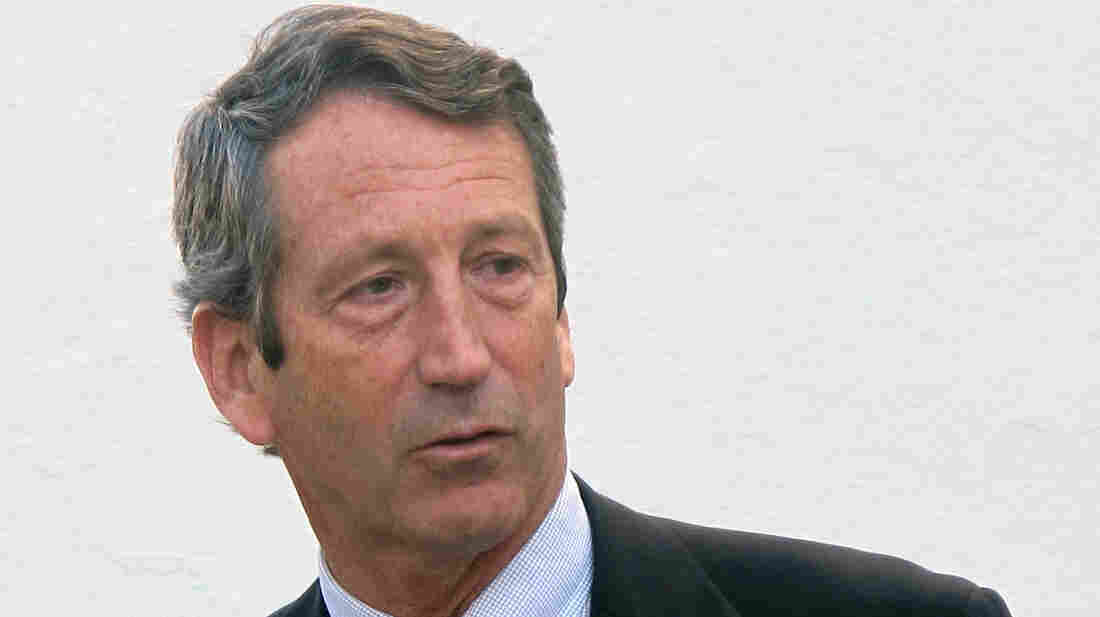 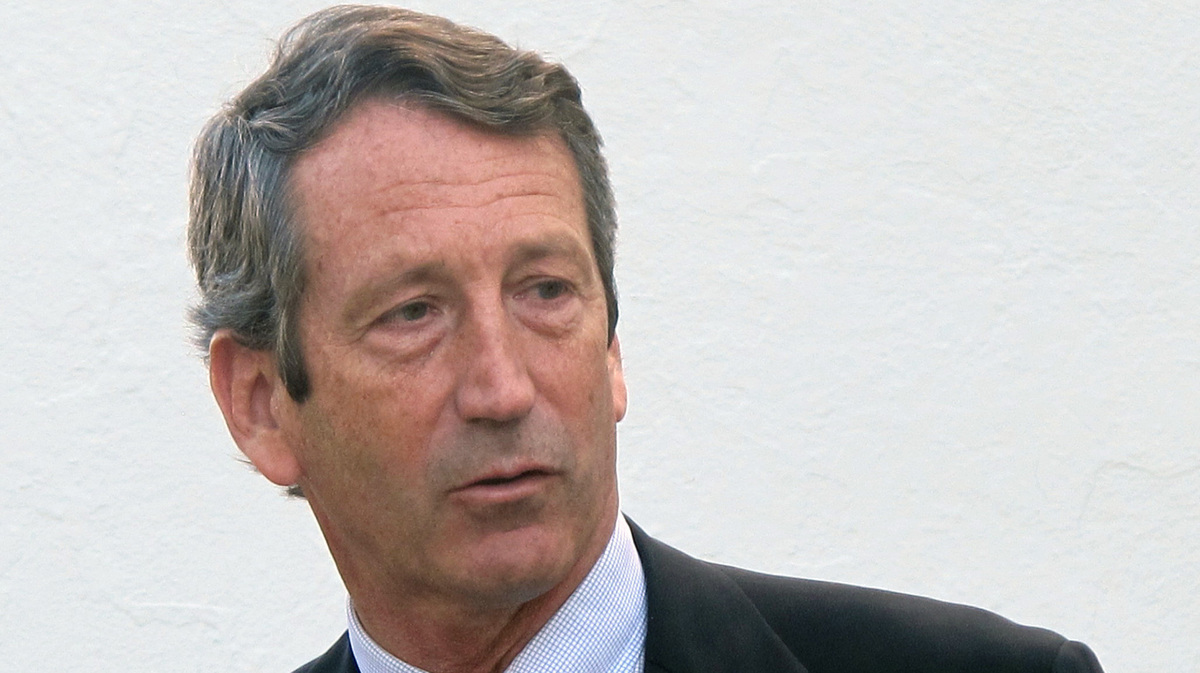 Former Gov. Mark Sanford, whose political career was derailed four years ago by his admission of an extramarital affair, has won the GOP nomination for the U.S. House seat he once held, reports The Associated Press. Note at 8:10 a.m. Wednesday: Sanford won with about 57 percent of the vote. (We mistakenly said earlier that he won "by" about 57 percent.)

Earlier Tuesday, Sanford said that results from the primary would give a good indication whether voters have moved past his personal indiscretions.

For Republicans along South Carolina's coastal low country, Tuesday is a chance to decide whether they want former Gov. Mark Sanford to represent them in Congress, just four years after he got caught up in a personal scandal.

Sanford is in a GOP runoff with attorney and former Charleston County Councilman Curtis Bostic for the right to face Democrat Elizabeth Colbert Busch in the May 7 special election. She is the sister of Stephen Colbert of Comedy Central's Colbert Report.

The 1st District seat opened when the governor who succeeded Sanford in office, Nikki Haley, named Rep. Tim Scott to the Senate seat vacated by Jim DeMint in January. Sanford held the seat from 1995 to 2001, before becoming governor.

Sanford is trying to resurrect a political career that crumbled after his public and — for his wife, publicly humiliating — 2009 revelation of an extramarital relationship with a woman in Argentina. The affair came to light in bizarre fashion when the governor went missing for several days. The governor's office reported that he had gone on a solitary hike of the East Coast's 2,200-mile-long Appalachian Trail, but it soon was revealed that he actually was visiting his mistress. In defending his behavior at the time, Sanford declared that the woman was his "soul mate," which infuriated defenders of his longtime wife.

Since divorced, Sanford is now engaged to the former girlfriend.

At a debate last week in Charleston, Bostic warned Republicans that if Sanford were to become the GOP nominee, Democrats could use his past to capture a seat they haven't held for more than 30 years.

"A compromised candidate is not what we need," Bostic said.

But Sanford easily gathered the most votes in a crowded GOP primary two weeks ago, with Bostic finishing a distant second. Neither candidate topped 50 percent, which triggered Tuesday's runoff.

Sanford, who reportedly consulted with his former wife before diving back into politics, has stressed his fiscal conservatism while agreeing to discuss his past, at least in general terms. He ran a campaign ad in which he talked about learning "how none of us go through life without mistakes" and his belief in a "God of second chances."

"The events of 2009 absolutely represent a failure on my part for which there were and always will be at some level consequences," Sanford said at last week's debate. "But that does not mean because you've had a failure in your personal life, that you cannot step back into life again."

Bloomberg reports that the 1st District is the state's wealthiest, and an area of South Carolina focused more on fiscal than social conservatism, which could play in Sanford's favor.