Accessibility links
Blacks' Election-Day Waits Nearly Double Those Of Whites, But Why? : It's All Politics On Election Day 2012, black voters waited on average nearly twice as long to vote as did whites. The wait time for Hispanics fell in between. While race may have played a role, a researcher suggests geography did, too.

Blacks' Election-Day Waits Nearly Double Those Of Whites, But Why?

Blacks' Election-Day Waits Nearly Double Those Of Whites, But Why? 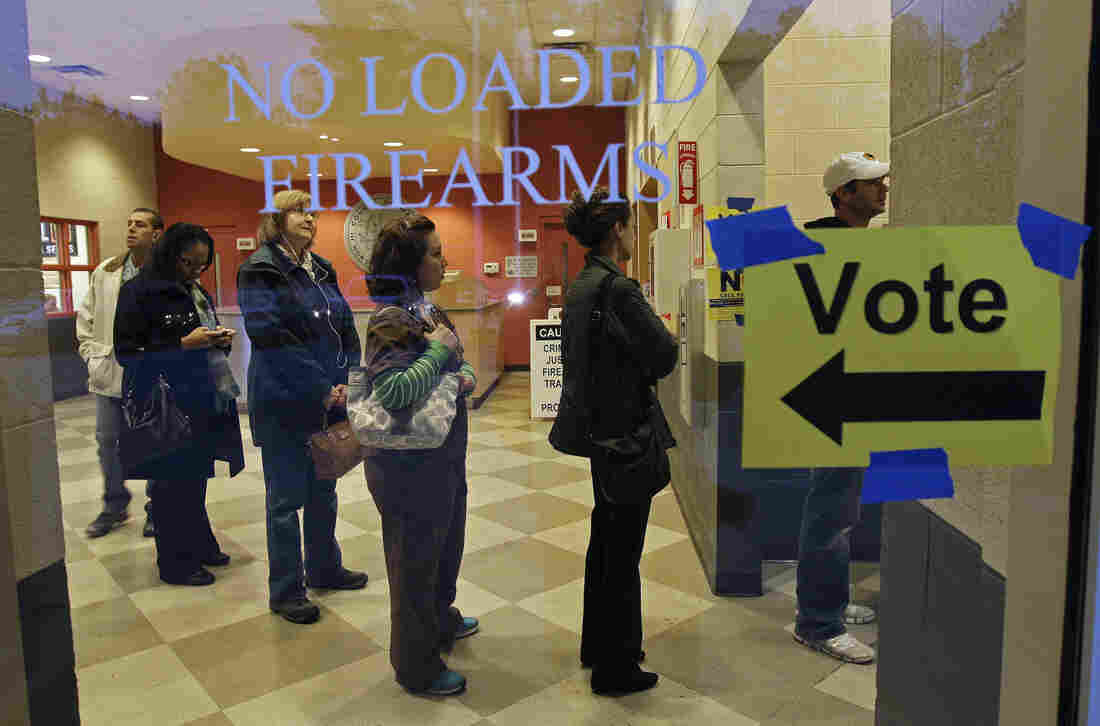 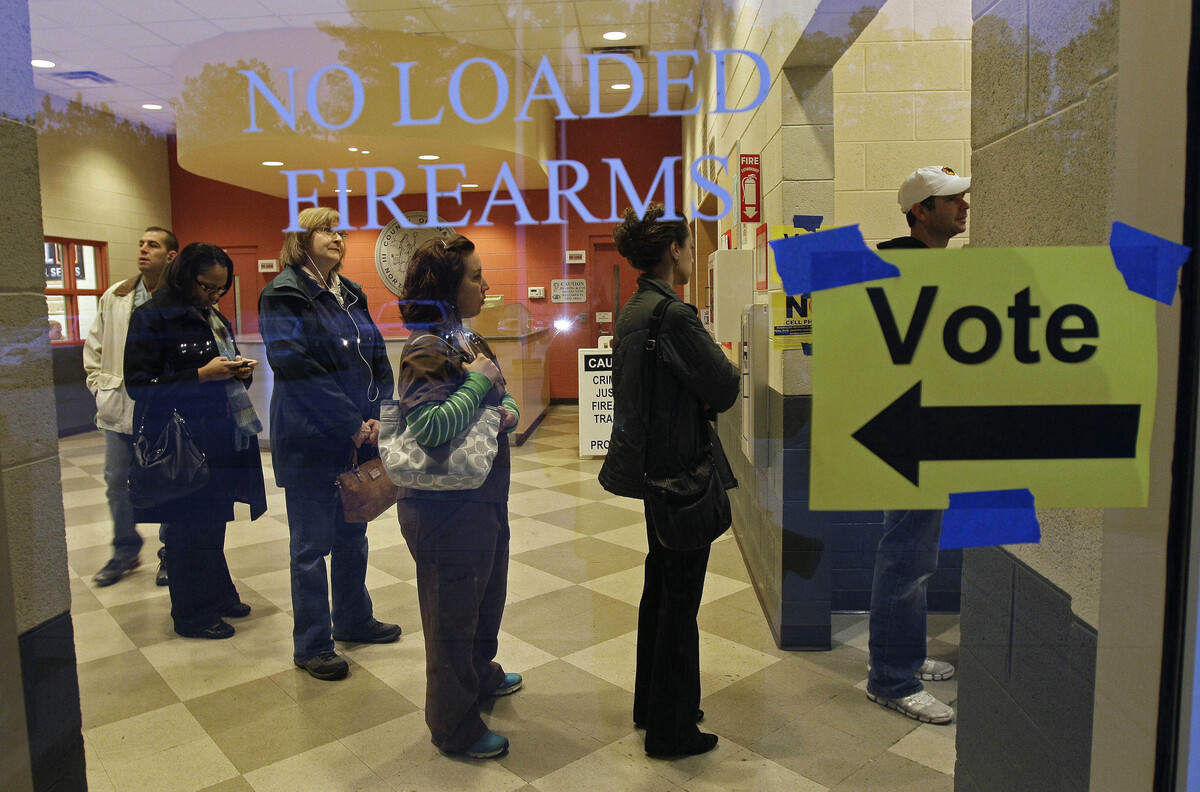 People stood in line to vote on Election Day 2012 at the Wake County Firearms Education and Training Center in Apex, N.C.

On Election Day 2012, black voters waited on average nearly twice as long to vote as did white voters, while the wait time for Hispanic voters fell in between those two groups.

So say the available data, according to Massachusetts Institute of Technology political scientist Charles Stewart III. He decided to see what he could learn by examining statistics on Election Day waits and sums up his findings in a research paper titled "Waiting to Vote in 2012."

Stewart says the national average wait for white voters was 12 minutes, while that same metric for African-Americans was 23 minutes. For Hispanics, it was 19 minutes.

Although it would be easy to jump to the conclusion that some form of discrimination might have been at work, Stewart suggests that other factors could be at play, such as geography.

The data, for instance, indicate that waits tended to be longest in cities and shortest in rural ZIP codes as a general rule, though there were exceptions. Stewart writes:

"On the whole, states with the smallest populations had the lowest waits. This is related to the fact that rural areas had the shortest wait times and cities had the longest. Among respondents living in the most rural ZIP codes in the study, the overall national average wait was 5.7 minutes; among those living in the most densely populated ZIP codes, the average wait was 17.7 minutes.

"However, it should be noted that California had among the shortest wait times in the country, at an average of 7 minutes; Los Angeles County, the largest electoral jurisdiction in the nation, also averaged 7 minutes to vote. Thus, while large, urban areas may be prone to longer lines, they are not destined to have them."

Not only was there variation among regions of the U.S. and between urban and rural areas, but there were big differences within individual counties.

In Florida, a state that has earned a reputation for Election Day problems, the last day of early voting in Broward County saw an average wait of 57 minutes at the Supervisor of Elections branch office in Pompano Beach, versus more than five hours at the Tamarac branch library.

Obviously, because of the racial clustering that occurs in many ZIP codes, geography and race are often hard to separate. So it might be difficult to separate how much of the discrepancy in wait times is due to race versus other factors.

Because of that and other concerns, Stewart writes:

"The strong influence of race — both at the individual and aggregate levels — clearly deserves greater attention from researchers. The preliminary analysis is that the differences are due to factors associated with where minority voters live, rather than with minority voters as individuals."

In a finding that argued for the difference being more about geography than racial discrimination against particular individuals, Stewart says white voters residing in the "most racially diverse ZIP codes" also waited longer — an average of 13 minutes, compared with seven minutes for whites living in ZIP codes whose populations were 95 percent or more white.