Accessibility links
Will The Future GOP Be More Libertarian? : It's All Politics Kentucky Sen. Rand Paul thinks embracing libertarian ideas is one way the party can be more inclusive. And GOP leaders are starting to think he might be on to something. 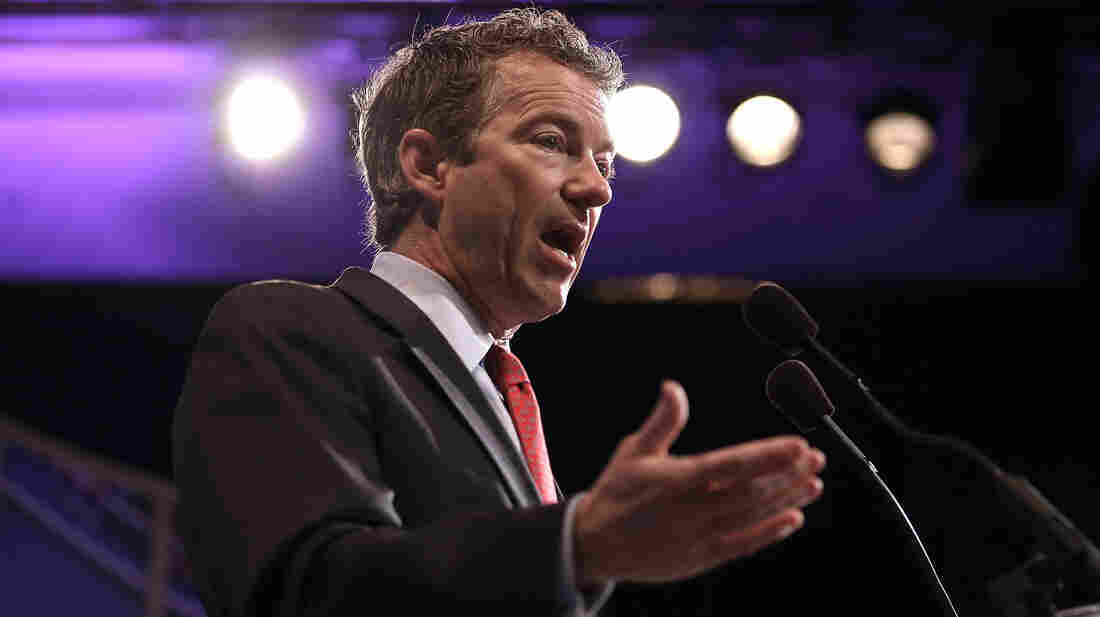 Sen. Rand Paul, R-Ky., shown speaking at a meeting of the U.S. Hispanic Chamber of Commerce on March 19, is promoting libertarian ideas as a way the Republican Party can be more inclusive. Alex Wong/Getty Images hide caption 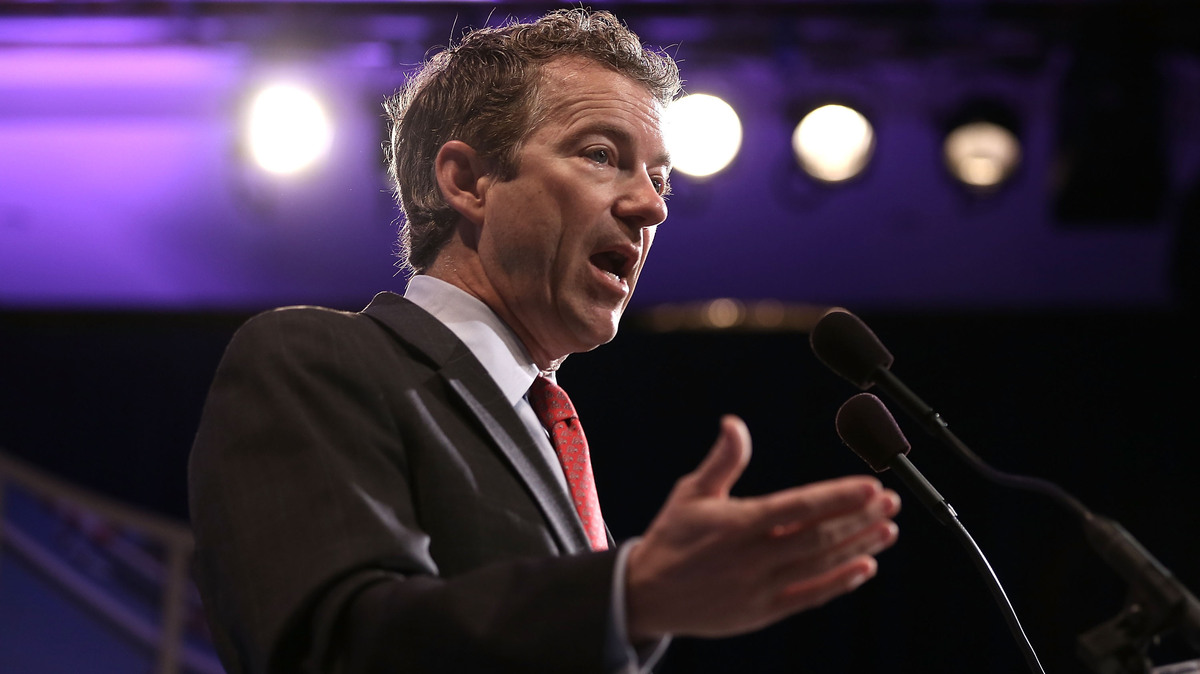 Sen. Rand Paul, R-Ky., shown speaking at a meeting of the U.S. Hispanic Chamber of Commerce on March 19, is promoting libertarian ideas as a way the Republican Party can be more inclusive.

Republicans don't often make high-profile speeches at Howard University, one of the country's most prominent historically black schools. But on Wednesday, Kentucky Sen. Rand Paul will talk to Howard students about how his party can be more inclusive.

Paul believes one answer is libertarianism — and party leaders are starting to think he might be on to something.

When Paul's father, former Texas Rep. Ron Paul, ran for president in 2007, the Republican establishment treated him a bit like the wacky uncle in the family. In the middle of two expensive wars, Ron Paul's libertarian ideas of small government and personal freedom didn't really align with party leaders.

"They don't stand for these ideals anymore," Ron Paul said on NBC's Meet the Press. "I represent the Republican ideals, I think, much more so than the individuals running for the party right now."

Over the next several years, Americans grew tired of war. The economy tanked. The debt grew. President Obama's stimulus and health care programs ballooned the size of government.

All of that opened Americans up to more libertarian ideas. In 2010, Ron Paul's son Rand won election to the Senate as a Republican on what he called a "Tea Party tidal wave."

"We've come to take our government back!" he said.

Last month, Rand Paul shook the Republican establishment with a 13-hour filibuster over drones. Even the conservative Heritage Foundation, which often clashes with libertarians, tweeted, "Stand with Rand."

Lee Edwards of Heritage says libertarianism is having its moment.

"I think you'd have to go back to Barry Goldwater when he ran for president in 1964 to get somebody who advanced as many libertarian ideas and policies as are being talked about today," Edwards says.

Today, majorities of Americans want to lower the debt, allow gay marriage and legalize marijuana. Those are not all traditional Republican values. But they are all libertarian ones.

Last month, the GOP released a scathing review of what went wrong for the party in the 2012 election. One conclusion was that Republicans need to expand the tent on social issues.

"They are saying we're losing young voters, we're losing a lot of independents, we're losing suburban women," says David Boaz, executive vice president of the Cato Institute, a libertarian think tank. "And a lot of it is because, as the report said, we are perceived as out of touch and narrow-minded."

He says the solution is something he's been preaching for years.

"The report suggested that Republicans need to reiterate that they are a small-government, conservative party committed to economic growth and opportunity," Boaz says, "with room for people who take different views on social issues. And, obviously, in this case different views means more libertarian views."

What About Social Conservatives?

This seems like a threat to the ideals that social conservatives hold dear. They have been an important part of the Republican base for a long time, and they are extremely dubious of this new approach.

"To say that you want to jettison social conservatives in order to get an emerging demographic of young people is like saying, 'Well, we lost a close game, so let's bench our quarterback, who was the most valuable player and gained the most yards,' " says Richard Land, president of the Southern Baptists' Ethics and Religious Liberty Commission.

But these ideas are not just appealing to young people, says Michael Dimock of the Pew Research Center.

"With the economy in tough times, people are blaming the government for a lot of the problems that we face, and they're frustrated with the government," he says, "and you do see that sentiment coming across a range of different policy issues."

An Opening For The GOP?

This is not just a straightforward libertarian boom, though. Dimock says the drug legalization crowd isn't the same as the low-tax crowd. And the Tea Partiers who like low taxes tend not to support gay marriage.

In other words, while libertarian ideas are popular, Dimock says full-on libertarians are still rare.

"It's still difficult to find many Americans who are consistently libertarian across a wide range of issues — foreign policy, social policy and economic policy all at once," he says.

Still, Democratic strategist Tad Devine says he thinks Republicans have an opening here that could pose a threat to Democrats.

"These concerns ... have the potential of attracting voters," Devine says. "People could coalesce behind these concerns, vote for candidates who support an agenda, and this libertarian movement is becoming a place where a lot of these ideas are finding expression."

But so far it's an agenda that neither party is ready to embrace in its entirety.