Accessibility links
Background Check Battle: More Prosecution Or More Checks? : It's All Politics Some gun rights supporters point out that only a tiny fraction of people caught trying to buy a gun illegally are ever prosecuted. They say the government should focus on enforcing current law, not expanding background checks. But gun control supporters say that argument misses the point. 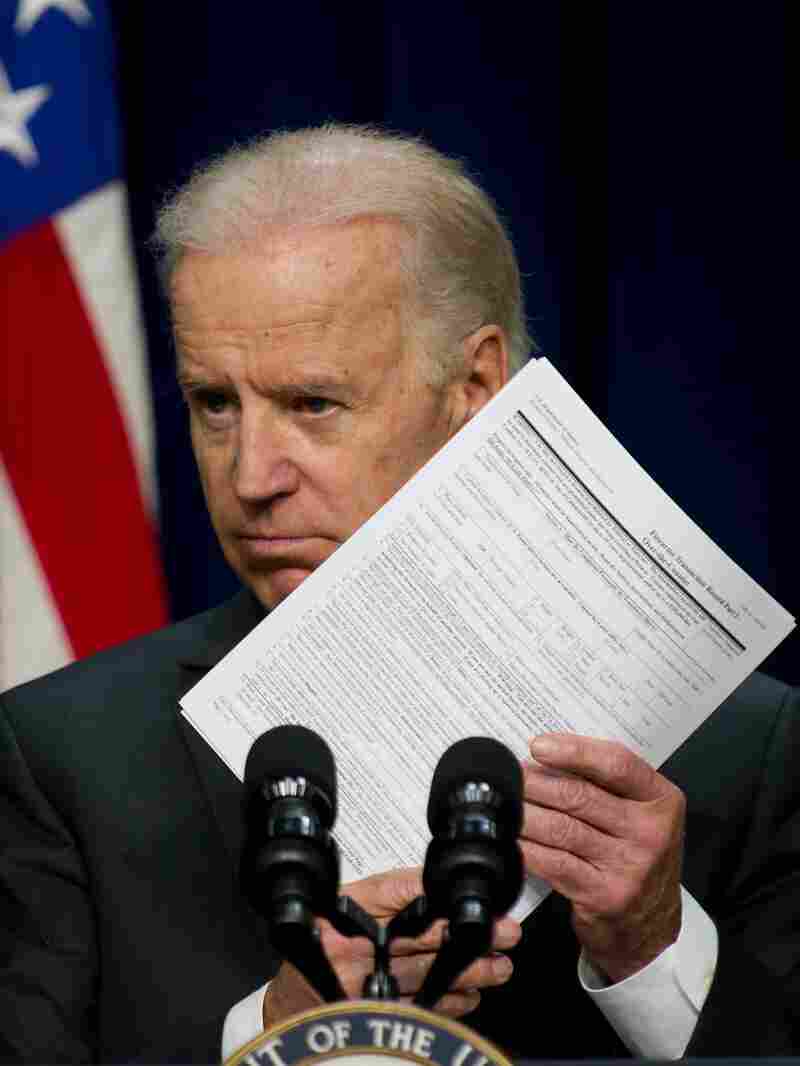 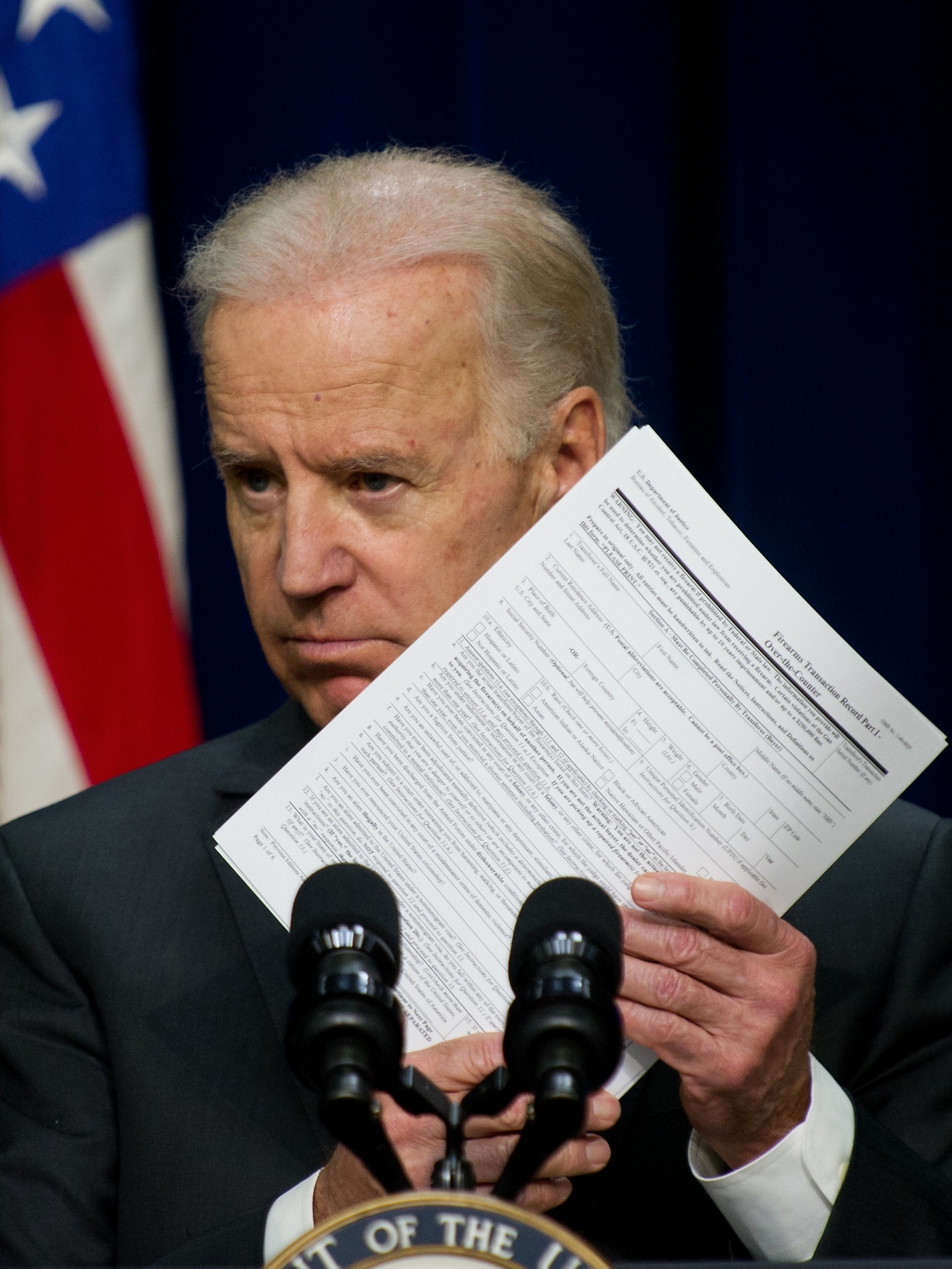 One argument that some gun rights groups make against expanding background checks is that the federal government isn't doing a good enough job now of enforcing the law already on the books.

They point out that only a tiny fraction of people caught trying to buy a gun illegally are ever prosecuted.

Take this example: Imagine you're 16 years old, and you want to buy a six-pack of beer. So you get a fake ID, walk into a liquor store and, lo and behold, the sharp cashier on duty throws your fake ID back in your face and says, "Nice try, kid."

If he doesn't call the cops on you and you don't get prosecuted, did the law work? Some people would argue, "Yeah, because you didn't get your beer." That's what Mark Jones, a former agent for the Bureau of Alcohol, Tobacco, Firearms and Explosives, says.

"Same with background checks," he says. "When someone goes into a gun store and lies on a federal form, the proprietor tells them, 'You didn't pass. Leave my store.' A preventative effect has been achieved because the guy didn't get the gun."

So even if the gun buyer isn't prosecuted later, Jones says the background check has still done its job.

Federal data show that in 2010, people lied on federal forms and failed background checks more than 76,000 times. Only 44 of those people were prosecuted, because law enforcement officials say it's a low-priority crime. Proving that someone intended to lie on a federal form is often difficult, they say, and sentences are usually light.

That's appalling to Republican Sen. Ted Cruz of Texas. He says the government needs to focus on getting more prosecutions going, not on expanding background checks. "And I intend to introduce legislation to increase the resources and direct the Department of Justice to start doing its job — to start prosecuting felons and fugitives who are trying to illegally purchase guns," he says.

But if Cruz gets his way, 40 percent of gun sales will continue not to require a background check. These are sales that don't involve federally licensed dealers.

Gun control supporters say arguing for prosecution instead of expansion of background checks is a weird argument to make for someone who otherwise seems focused on enforcing the law.

"It would be like prohibiting the use of radar ... by law enforcement to enforce speeding," says David Chipman, also a retired ATF agent. He's now a consultant for the gun control lobby Mayors Against Illegal Guns.

Chipman says he finds it ironic that the same people who spent years trying to get laws passed to limit his agency's power to investigate gun crimes are now hollering for enforcement. For example, gun lobbies worked to make sure ATF agents couldn't make more than one unannounced inspection per year of licensed gun dealers. And records of background checks have to be destroyed within 24 hours after a gun buyer is approved — which hampers investigations.

Adam Winkler, a law professor at the University of California, Los Angeles, says if aspects of the gun lobby want more prosecutions, they can have that — but it's not a good argument against having more background checks, too.

"It's kind of like the NRA's argument about armed guards in schools. I actually think it would be great to have armed guards in a lot more schools, and we'd have some more protection," Winkler says. "But there's no reason why we can't have that and expanded background checks."

The National Rifle Association did not respond to a request for comment on this story. Another gun rights group, the Citizens Committee for the Right to Keep and Bear Arms, this week announced it was supporting a measure to expand background checks.

The Senate could vote on the background checks proposal as early as this week.