Accessibility links
People On Terrorism Watch List Not Blocked From Buying Guns : It's All Politics Under current laws, if a background check shows your name is on the national terror watch list, you can still purchase a gun. Government data show that people on terrorism watch lists were able to buy guns or explosives after a background check more than 1,300 times between 2004 and 2010. 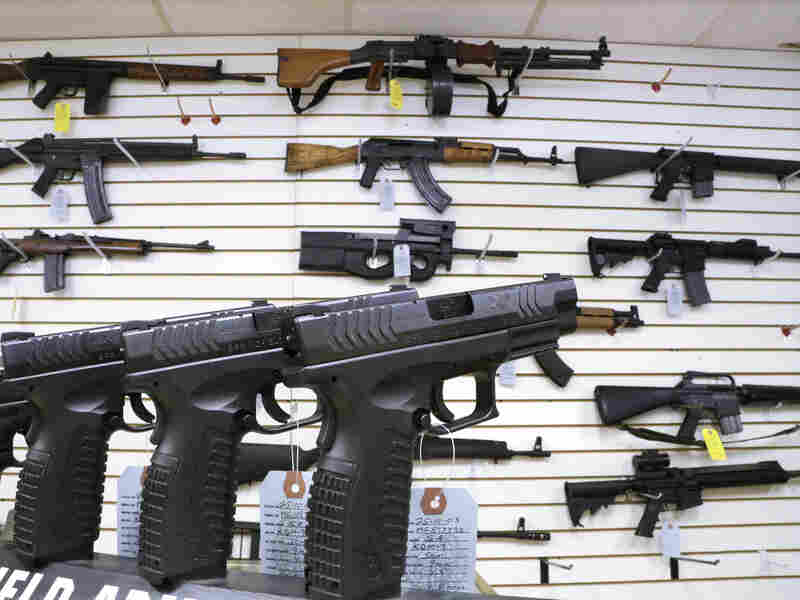 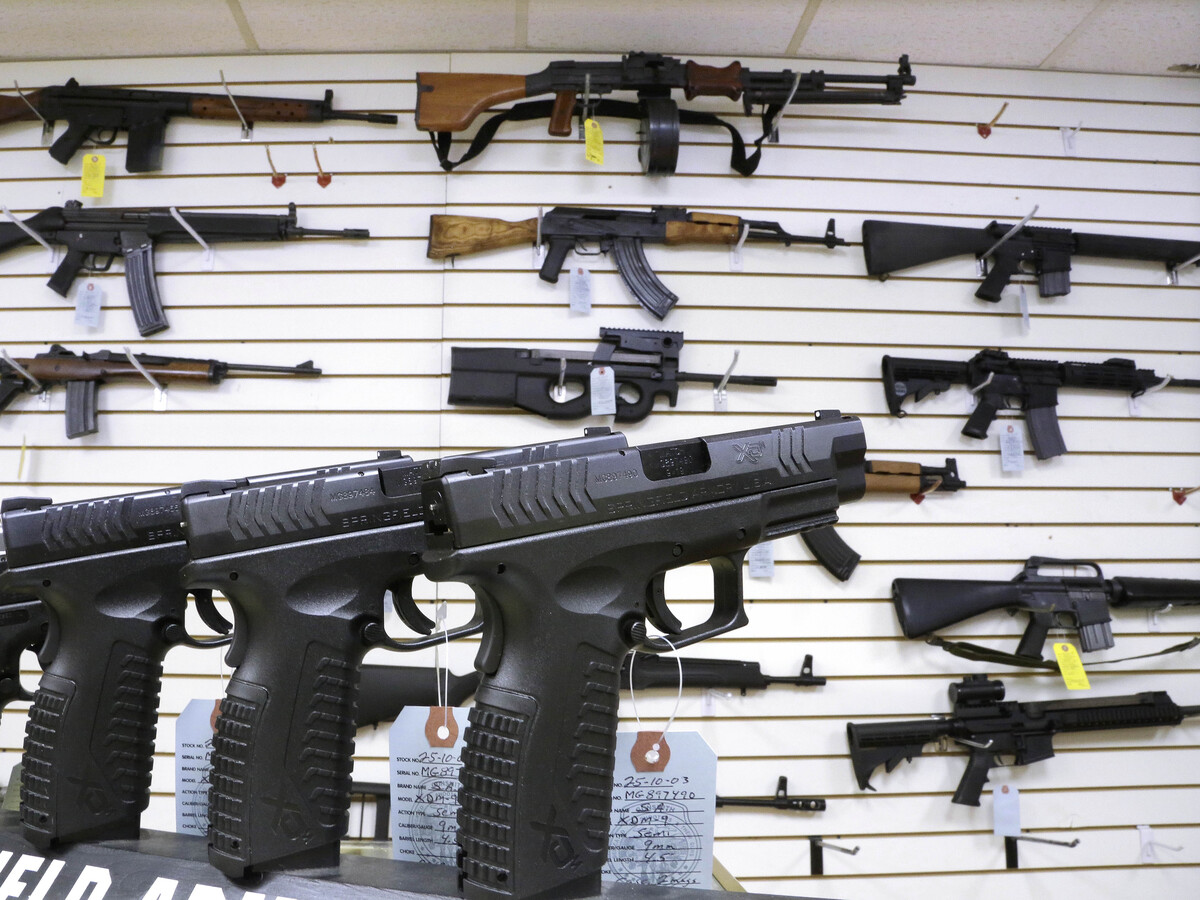 "America is absolutely awash with easily obtainable firearms," Gadahn says, explaining that "you can go down to a gun show at the local convention center" and buy a gun without a background check.

Then a faint smile crosses Gadahn's face. "So what are you waiting for?" he asks.

Under current laws, if a background check reveals that your name is on the national terrorism watch list, you're still free to walk out of a gun dealership with a firearm in your hands — as long as you don't have a criminal or mental health record.

Data from the Government Accountability Office show that between 2004 and 2010, people on terrorism watch lists tried to buy guns and explosives more than 1,400 times. They succeeded in more than 90 percent of those cases, or 1,321 times.

"It's absurd that we allow people to buy unlimited AK-47s, AR-15s and Uzis, even if we feel they are too dangerous to be allowed on a plane, even after they've gone through a security check," says Jon Lowy, a lawyer for the Brady Campaign, a gun control group.

But Michael James Barton, a White House counterterrorism official during the Bush administration, points out that there's a lot more leeway to limit someone's right to get on a plane.

"The U.S. Constitution specifically protects the right to purchase firearms. The Constitution has no specific right to use transportation of any mode," Barton says.

Before the government can limit anybody's Second Amendment rights, he says, it needs a pretty good reason. And in his experience, a lot of totally innocent people end up on the terrorism watch list — such as business associates, roommates or landlords of suspected terrorists.

"Some of them are merely individuals who have proximity to terrorism suspects and are not themselves the focus of any investigation or any suspicion whatsoever," he says.

Barton says the terrorism watch "list" actually refers to several lists of names, including the "no fly" list. All of the lists are secret, and no one can control getting on or off them. Republican Sen. Lindsey Graham of South Carolina says that's why the lists shouldn't determine whether someone should buy a gun.

"I think anyone who's on the terrorist watch list should not lose their Second Amendment right without the ability to challenge that determination," says Graham, noting that the late Sen. Ted Kennedy showed up on the no-fly list in 2004 because a suspected terrorist was using the alias Edward Kennedy.

Gun rights supporters also ask: Why tip off an actual terrorist that we're on to him by telling him he failed a background check?

"We're gonna go, 'Boy, we're so good, we prevented those terrorists from getting the guns.' No, we didn't! We prevented them from getting them from a legitimate source, where we had an opportunity to follow them," says Richard Feldman, who heads the Independent Firearm Owners Association. "Now we don't know if they're ever going to get them, when they get them, where they got them."

But gun control supporters are scratching their heads at that logic. Why not just pass a law giving the government discretion to block a dangerous person on the terrorism watch list from buying a gun? The gun lobby has pushed back hard on that idea.

"This is yet another example of zealots on the far right of the gun movement throwing away the baby with the bath water," says Mark Glaze, the director of Mayors Against Illegal Guns, which supports tighter gun laws.

Democratic Sen. Frank Lautenberg of New Jersey has tried since 2007 to push for legislation that would close the terrorism loophole. Under the bill, if a background check reveals a gun buyer is on the terrorism watch list, the U.S. attorney general would have the discretion to block the gun sale.

The Department of Justice under the Bush administration had supported the legislation.

The proposal was filed as an amendment to the gun control bill last week, but things ground to a halt in the Senate after every major gun control proposal failed.