Accessibility links
Once Under Wraps, Supreme Court Audio Trove Now Online : It's All Politics The Supreme Court began recording arguments nearly 60 years ago, but for much of that time, audio was difficult for the public to hear or available only after long delays. But now, the court's entire audio collection has been digitized for easy public access. 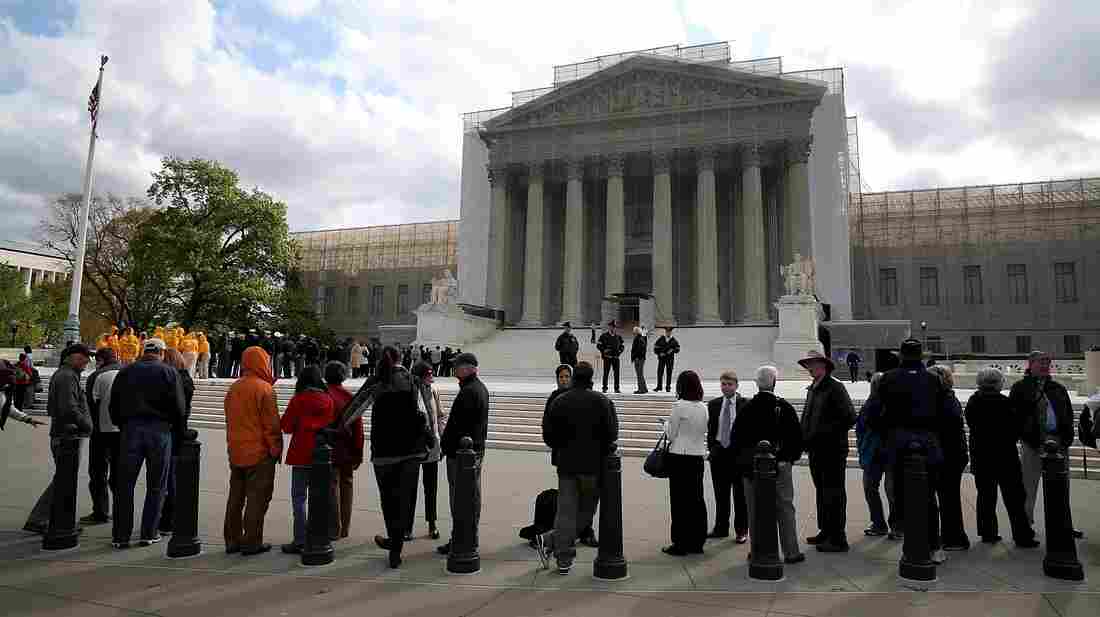 People line up to enter the U.S. Supreme Court on Tuesday. All of the court's archived audio, dating back to 1955, has now been digitized for public access online. Mark Wilson/Getty Images hide caption 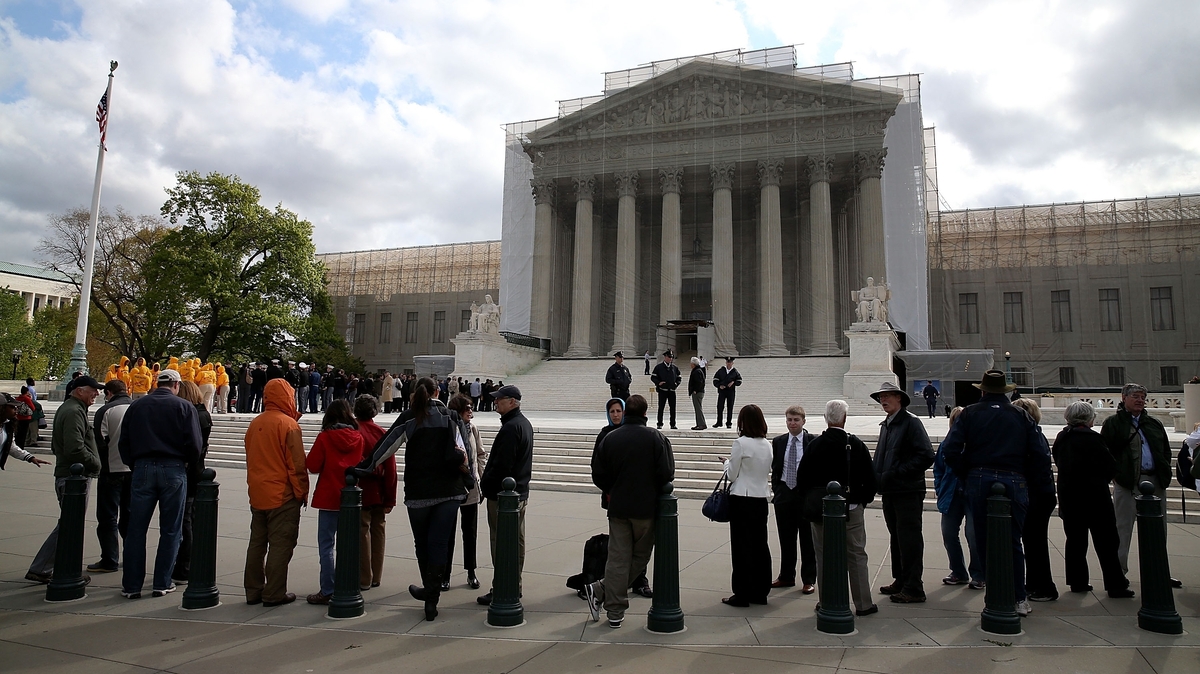 People line up to enter the U.S. Supreme Court on Tuesday. All of the court's archived audio, dating back to 1955, has now been digitized for public access online.

On Wednesday, the U.S. Supreme Court heard oral arguments in the final cases of the term, which began last October and is expected to end in late June after high-profile rulings on gay marriage, affirmative action and the Voting Rights Act.

Audio from Wednesday's arguments will be available at week's end at the court's website, but that's a relatively new development at an institution that has historically been somewhat shuttered from public view.

The court has been releasing audio during the same week as arguments only since 2010. Before that, audio from one term generally wasn't available until the beginning of the next term. But the court has been recording its arguments for nearly 60 years, at first only for the use of the justices and their law clerks, and eventually also for researchers at the National Archives, who could hear — but couldn't duplicate — the tapes. As a result, until the 1990s, few in the public had ever heard recordings of the justices at work.

But as of just a few weeks ago, all of the archived historical audio — which dates back to 1955 — has been digitized, and almost all of those cases can now be heard and explored at an online archive called the Oyez Project.

Oyez Project founder and director Jerry Goldman tells NPR the digital recordings archive began in the early 1990s from a simple idea: to give the public access to unabridged Supreme Court recordings.

The archived cases range from the legally technical to historic, including landmark rulings like Loving v. Virginia, the 1967 decision that a state's ban on interracial marriages was unconstitutional; Roe v. Wade, the 1973 decision declaring a woman's constitutional right to an abortion; and Bush v. Gore, the case that ended vote-counting in Florida and effectively handed the 2000 presidential election to George W. Bush.

The Oyez Project, now supported by the Illinois Institute of Technology’s Chicago-Kent College of Law, provides audio and full text of Supreme Court arguments. The archive includes landmark cases like Loving v. Virginia, the 1967 ruling that made state bans on interracial marriage unconstitutional.

Goldman tells NPR that the audio exposes the court's work in a way that allows for a deeper understanding than the public can get from journalists who cover the court or even from reading transcripts of proceedings. "I would rather listen to the opera than read the libretto," he says. "I get much more information from the listening experience than I would from reading the transcript."

It also shows how the court has changed, he says: "In the 1950s and '60s, advocates could elaborate at length without interruption, drone on in some circumstances," he says. "That is very rare in the Supreme Court today. I don't think you can get 20 words in before someone on the bench poses a question."

The Oyez Project also has recently released a mobile app for the iPhone and will have an Android version out this summer, Goldman says.