Accessibility links
Democrats Have High Hopes Of Defeating Sanford In S.C. : It's All Politics South Carolina's 1st Congressional District hasn't elected a Democrat since 1978. But in a race against scandal-ridden former Gov. Mark Sanford, Democrats think their candidate, Elizabeth Colbert Busch, has a chance to pull it off in Tuesday's special election. 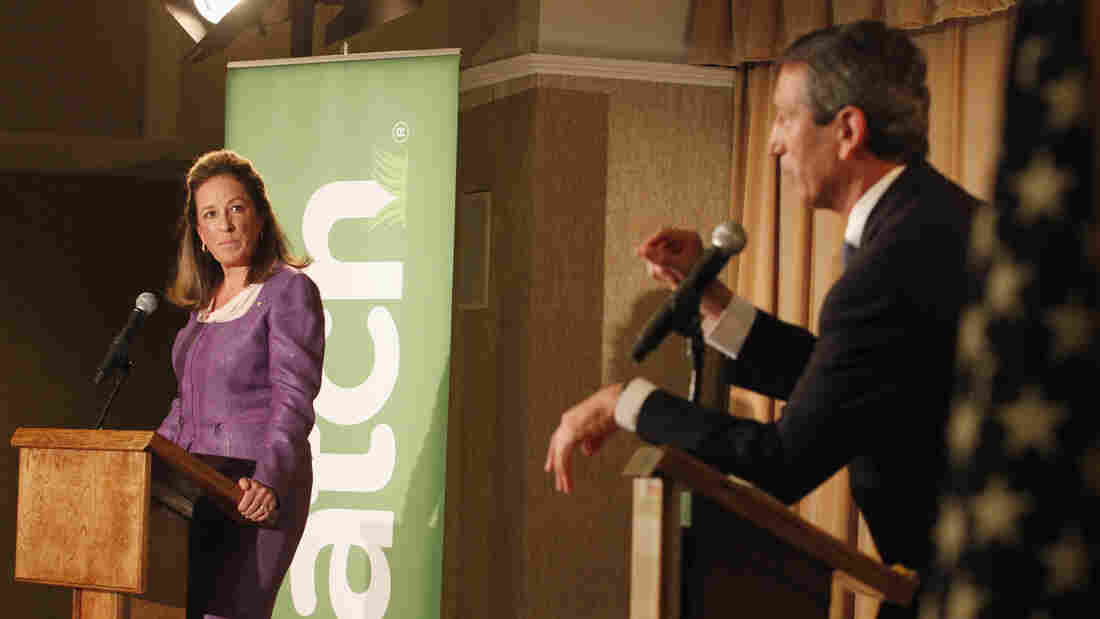 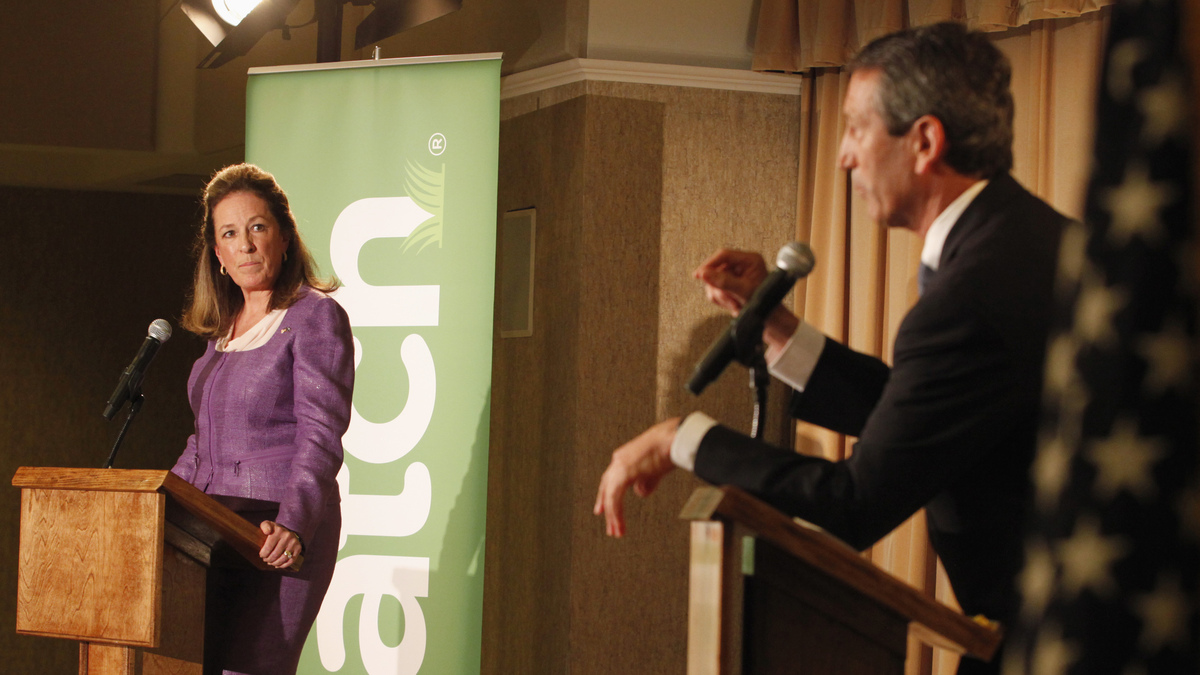 Democrats have their best chance in more than three decades to win a South Carolina congressional seat in a special election Tuesday.

Former Republican Gov. Mark Sanford is facing off against Democrat Elizabeth Colbert Busch. National Democrats are backing her campaign in hopes of turning the heavily Republican district into a long-term victory for them.

In the 1st Congressional District, which includes Charleston and hugs the coast down to Hilton Head, voters haven't elected a Democrat since 1978.

But Colbert Busch, the sister of comedian Stephen Colbert, touts herself as an independent voice. At a debate this week, she distanced herself from President Obama's federal health care law, calling it "extremely problematic."

"It is a $500 billion higher cost than we originally anticipated. It's cutting into Medicare benefits, and it's having companies lay off their employees because they're worried about the costs of it," she said.

Some national Republicans picked up on that statement as proof of the Democrats' struggle. They predict that could lead to GOP gains in the House next year. But Democrats disagree.

"All of our candidates run and fit the values of the districts that they're going to represent, and that's especially true here," says Jesse Ferguson, a spokesman for the Democratic Congressional Campaign Committee. The DCCC and a Democratic superPAC have spent nearly $1 million in this race on behalf of Colbert Busch.

Ferguson says this election proves the party can make inroads in some very conservative districts.

"There are 119 Republican-held seats that are more Democratic than this one," he says. "If we can win here, it tells you there are a lot of Republican districts that we can win."

National Republicans pulled out of the race after Sanford's ex-wife, Jenny, accused him of trespassing at her home. That refocused the campaign on the former governor's 2009 affair with a woman in Argentina and his efforts to cover it up.

That episode is fodder for a barrage of TV ads, including one featuring a Republican woman who says she can't back Sanford: "I was mortified, angry, embarrassed, betrayed. I'm a Republican, but Mark Sanford just doesn't share our values."

Still, some of the GOP establishment does support Sanford. He picked up endorsements this week from South Carolina Gov. Nikki Haley and from the state's U.S. senators, Tim Scott and Lindsey Graham.

And the former governor kicked off TV ads that say electing him is a way to stop the Democrats nationally.

"I fought hard over the years to make South Carolina a better place to call home, but those efforts pale now against a larger battle for the direction of our country," he says in one ad. "Maybe that's why Nancy Pelosi and allies have spent more than a million dollars to defeat me."

Republicans say even if they lose the seat this year, they believe they can easily win it back.

The Democrats would need to pick up 17 seats next year to take control of the House from the GOP. Kendra Stewart, a political science professor at the College of Charleston, says a win here won't change the balance, but it would count as a symbolic victory for whichever party prevails.

"The Democrats need this seat to demonstrate that they can still win seats in the South, even though they haven't in quite some time," Stewart says. "And for the Republicans, maintaining control sends the message that they still are the party of the South."

At an NAACP voter forum in Goose Creek in the Charleston suburbs, voters say there is some excitement around the Democrats having a real shot to win this seat.

"It's going to be tough for her," says chapter President David Cakley, "but if she plays her cards correctly, and just knowing that she has the support of her base, and hopefully she can conduct herself in the moderate manner ... I think that Mrs. Colbert Busch has an opportunity."

There is just one white Democrat left in Congress from the Deep South — Georgia Rep. John Barrow. With Republican-dominated state legislatures having recently redrawn congressional boundaries, Democrats face a tough challenge in 2014.

But if they win here, it gets them one closer — and they say investing the money to defend the seat would become a priority.