Accessibility links
McConnell Tries To Show He's Still At Home In Kentucky : It's All Politics The Senate minority leader is up for re-election next year, and polling in his state shows his popularity is suffering. Some voters complain that Mitch McConnell is out of touch with the people of the Bluegrass State, and others say it's time for some new blood. Still, he will be hard to beat. 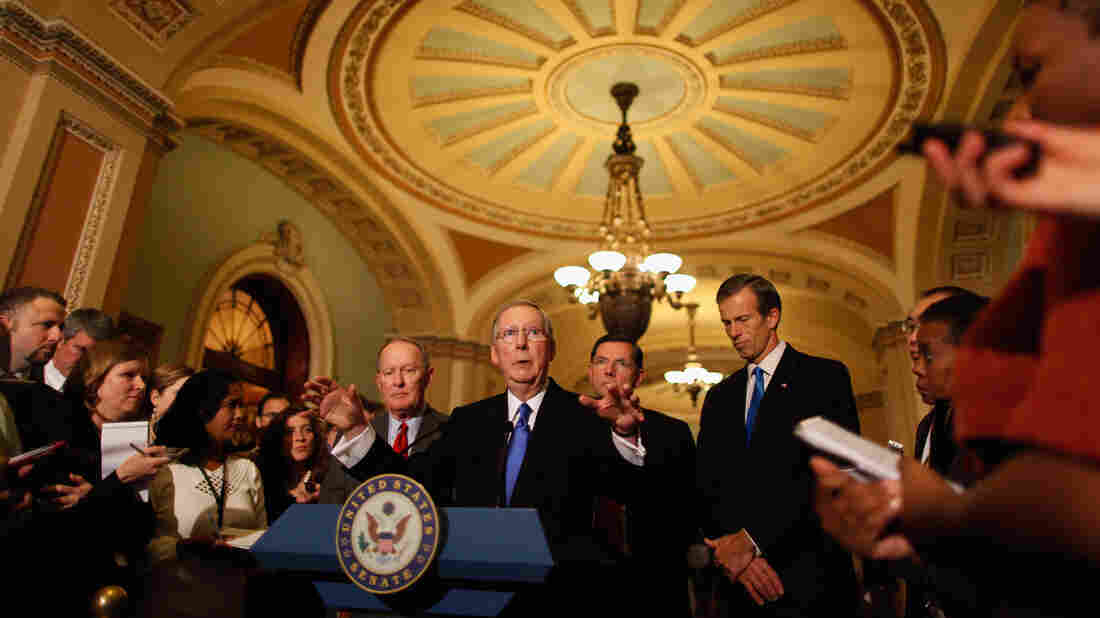 After years in the halls of Congress, Republican Mitch McConnell has to convince Kentucky voters that he's still paying attention to what they want. Chip Somodevilla/Getty Images hide caption 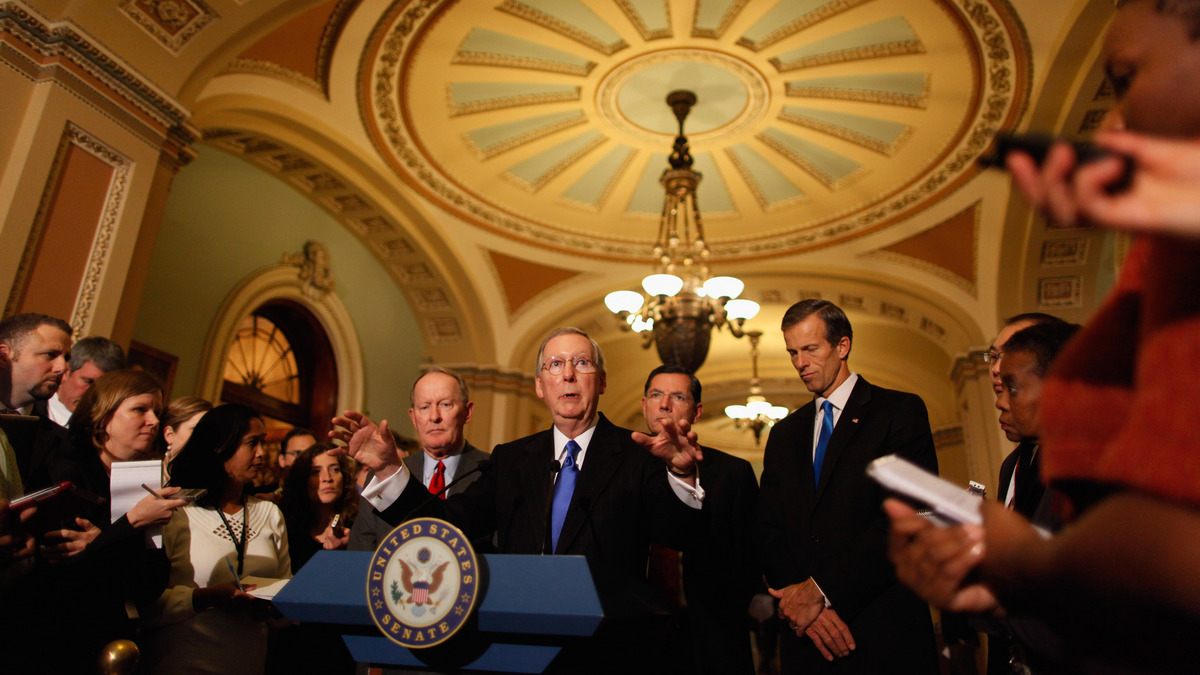 After years in the halls of Congress, Republican Mitch McConnell has to convince Kentucky voters that he's still paying attention to what they want.

Republican Mitch McConnell has been the Senate minority leader since 2007, and he's the longest-serving senator in the history of Kentucky. He's up for re-election next year — and polling in the state shows his popularity is suffering.

If the Republicans can snag a half-dozen more seats in the Senate in 2014, McConnell could finally become majority leader. But first, he has to convince Kentuckians he's not out of touch with them.

The McConnell on TV is an old, gray guy in fancy suits peering out from big, round spectacles. When you shake his hand, you notice it's really soft — not the hand of a man used to hard labor. But out in coal country in eastern Kentucky, miners worship the guy.

"Even though he might dress fine and whatever — and all of them does, you know — I'm sure he wouldn't care a bit to come right out here and walk around with us and ride in a truck," says Tommy Howard, who has been mining coal since he was 18 years old.

Howard says he'd like nothing more than to have a beer with McConnell — "if he drink. ... I don't know if he does or not."

We're at a mine in a small town called Jenkins, in the foothills of the Appalachians. Although Howard is a registered Democrat, he has always voted for McConnell because McConnell has always been for the coal industry — fighting for their jobs or pushing the Environmental Protection Agency to approve more mining permits.

In eastern Kentucky, McConnell's job is easy. Voters tend to be single-issue: A politician is either for coal or against coal. But while it's a love fest for McConnell here, his approval ratings statewide are sagging, depending on what poll you read.

Walk the streets of downtown Lexington, and it's easy to find someone who thinks McConnell is spending all of his time in Washington just trying to obstruct the president, instead of paying attention to what Kentuckians want.

"It's obvious that he doesn't take the interests of Kentucky people at heart. If he did, he would do the things that are right instead of being negative about everything that the president or anybody else is trying to do."

McConnell takes issue with that characterization: "There have been three major deals with the Obama administration — I brokered every one of them."

McConnell has just finished a visit with a mining equipment supplier in eastern Kentucky. He starts ticking off examples of his ability to compromise: the extension of tax cuts in 2010, the Budget Control Act in 2011 to deal with the debt ceiling, the fiscal cliff agreement last year.

"In fact, I'm perfectly willing to deal with the administration when I think we have the possibility of getting an outcome that's in the best interests of the country," he says. "And, as I said, the three major deals between Republicans and the administration, I have negotiated with the vice president. I rest my case."

But it's that willingness to deal that has a lot of Tea Partiers in Kentucky downright mad.

"He embodies the head of the snake," says David Adams, who's sitting in a restaurant in Lexington for a monthly meeting with fellow Tea Party activists.

They say after three decades in Washington, McConnell just represents the establishment.

"When you look at what causes big government to proliferate in America," Adams says, "Sen. McConnell is right in the middle of that."

Norm Ornstein, a congressional scholar at American Enterprise Institute, says McConnell's longevity will naturally become an issue in the race in 2014.

"What used to be a great strength — your deep experience in Washington, your ability to bring home the bacon, as it were — is at least as much a liability now," Ornstein says, "and how you can navigate through that and still keep the support from your core, from your party's base is McConnell's challenge."

Adams and other Tea Party activists say it's time for new blood — someone similar to Kentucky's other senator, Tea Party darling Rand Paul.

Ginny Saville says Paul's decisive victory in 2010 was a message to McConnell: The Tea Party is a force to be reckoned with in Kentucky.

"I think that he's probably pretty spooked because of Rand's election," she says. "I think that the memories of that election are coming back to haunt him now, facing his own primary coming up next year."

Neither Tea Partiers nor Democrats have yet named a candidate to run against McConnell.

Democrats are hoping Alison Grimes, Kentucky's secretary of state, will say yes. But ambitious Democrats like her have to make a careful calculation.

Tea Party groups say they are considering a couple of potential names and hope to announce by early summer, but McConnell has more than $8.5 million in the bank, so he could be hard to beat.

"I don't have any sense of entitlement to this office," McConnell says. "People of Kentucky have been very good to me. They've elected me five times. My colleagues have elected me unanimously four times to be their leader."

But if he ever hopes to seize that title of majority leader in the Senate, he will need six Republicans to steal Senate seats away from Democrats next year. And their races aren't looking as easy as his.