Accessibility links
Census: Black Voting Rate Topped Rate For Whites In 2012 : It's All Politics New details from a Census survey shows just how much more diverse the American electorate is becoming, with political implications still to come. 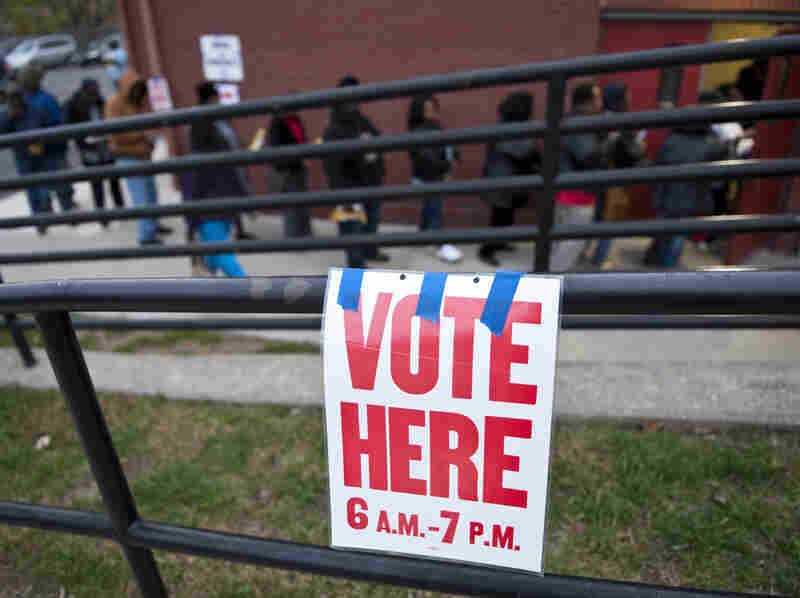 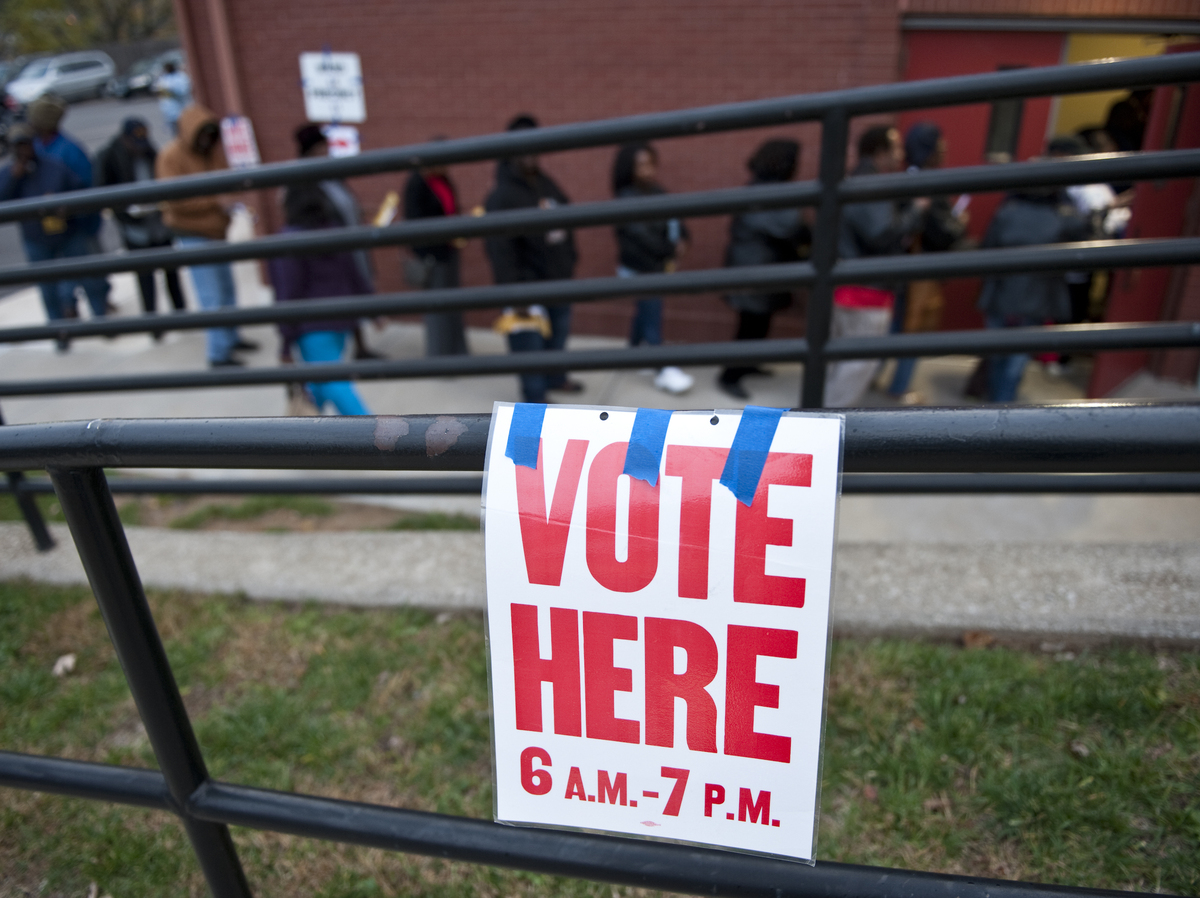 Voters wait in line to cast their ballots at Cleveland Avenue Baptist Church in Kansas City, Mo., on Nov. 6, 2012.

Black voters showed up at the polls at higher rates than whites in last year's presidential election, driving the rate of minority participation to historic levels, a new government report shows.

While voting and turnout rates from 2012 were known soon after President Obama's re-election, the survey by the U.S. Census Bureau offers new details on the social and demographic characteristics of the electorate by age, gender, race or Hispanic origin, and geography. It also offers hints about why people didn't register to vote or ultimately cast a ballot.

Here are six takeaways from the bureau's findings, which result from a survey of the civilian, voting-age population:

1. The electorate is "increasingly diverse" About 1 in 4 voters last year was either black, Asian or Hispanic, reflecting a steady increase in minority participation in presidential elections since 1996, when the bureau began issuing the post-election report.

At the same time, the number of white, non-Hispanic voters also declined — the first time any race or ethnic group decreased since 1996. About 2 million fewer whites voted last year compared with 2008. Contrast that with the black, Asian and Hispanic voters, who increased by roughly 3.5 million from the last election. Blacks voted at historic rates, surpassing the participation of whites for the first time since 1968, when the bureau first began publishing data on voting and race.

About 1.7 million additional black voters reported going to the polls last year compared to in 2008. Black turnout rates have also increased incrementally in each presidential election since 1996.

Hispanic turnout decreased slightly in 2012 and has remained relatively flat since 1996, with just under half of eligible Hispanic voters casting ballots. Whites voted at higher rates than Hispanics in every region of the country except the South Atlantic, according to the report.

4. Young voter participation is down Last year, the overall turnout rate among all groups dropped when compared to the 2004 and 2008 elections. That's in part because of a sharp decrease in the participation of voters under 25 — a group that had started to vote more regularly in recent presidential elections.

The trend was evident across all race groups and Hispanics, with young whites reducing their participation by roughly 7 percent, though other groups also declined. Only black voters older than 45 increased their turnout rates in any statistically significant way last year.

The report itself didn't contain information about what factors prevent Americans from voting or even registering to vote, but the bureau released spreadsheets with details from the survey responses.

But minor differences among subgroups were evident in some cases. About 14 percent of whites, for example, said they didn't vote because of the candidates. Compare that with only 3 percent of blacks who felt that way. Six percent of black respondents said transportation problems prevented them from voting, a little over twice the rate of other subgroups. And a higher rate of Hispanics said their were "out of town" for the election.

The underlying data also showed that voting rates differed by state, though File cautioned against forming conclusions without considering the survey's margin of error, which ranges from plus or minute 1 percentage point to 2.7 percentage points.

Update 6:41 p.m. EDT: The Pew Hispanic Center has posted its own "six takeaways" and some nice charts from the study.