Accessibility links
Benghazi Schools Obama In The Politics Of Scandal : It's All Politics For months, the media have largely dismissed Republican complaints about the administration's handling of Benghazi as attempts to score partisan points. But there's a growing sense that there may be fire underneath all that smoke.

Benghazi Schools Obama In The Politics Of Scandal

Benghazi Schools Obama In The Politics Of Scandal 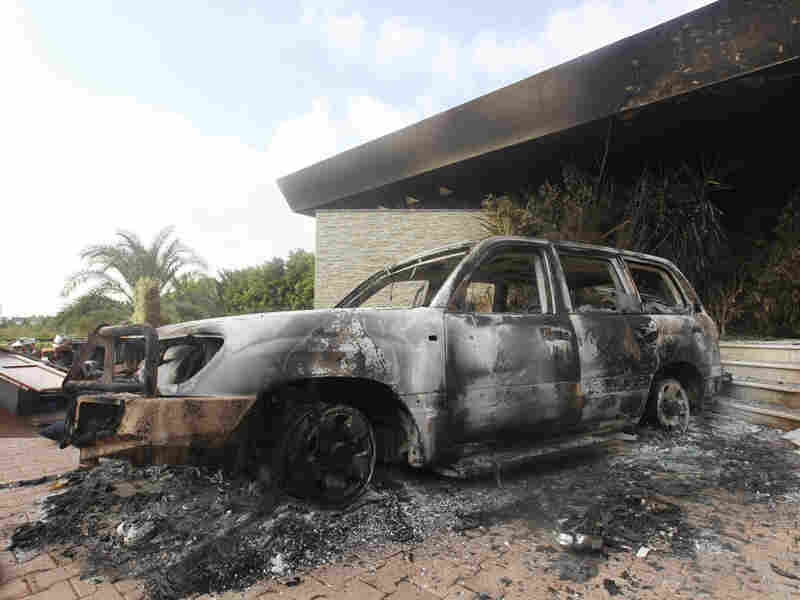 A burned vehicle outside the U.S. Consulate in Benghazi, Libya, after the Sept. 11, 2012, attack. Esam Omran Al-Fetori /Reuters/Landov hide caption 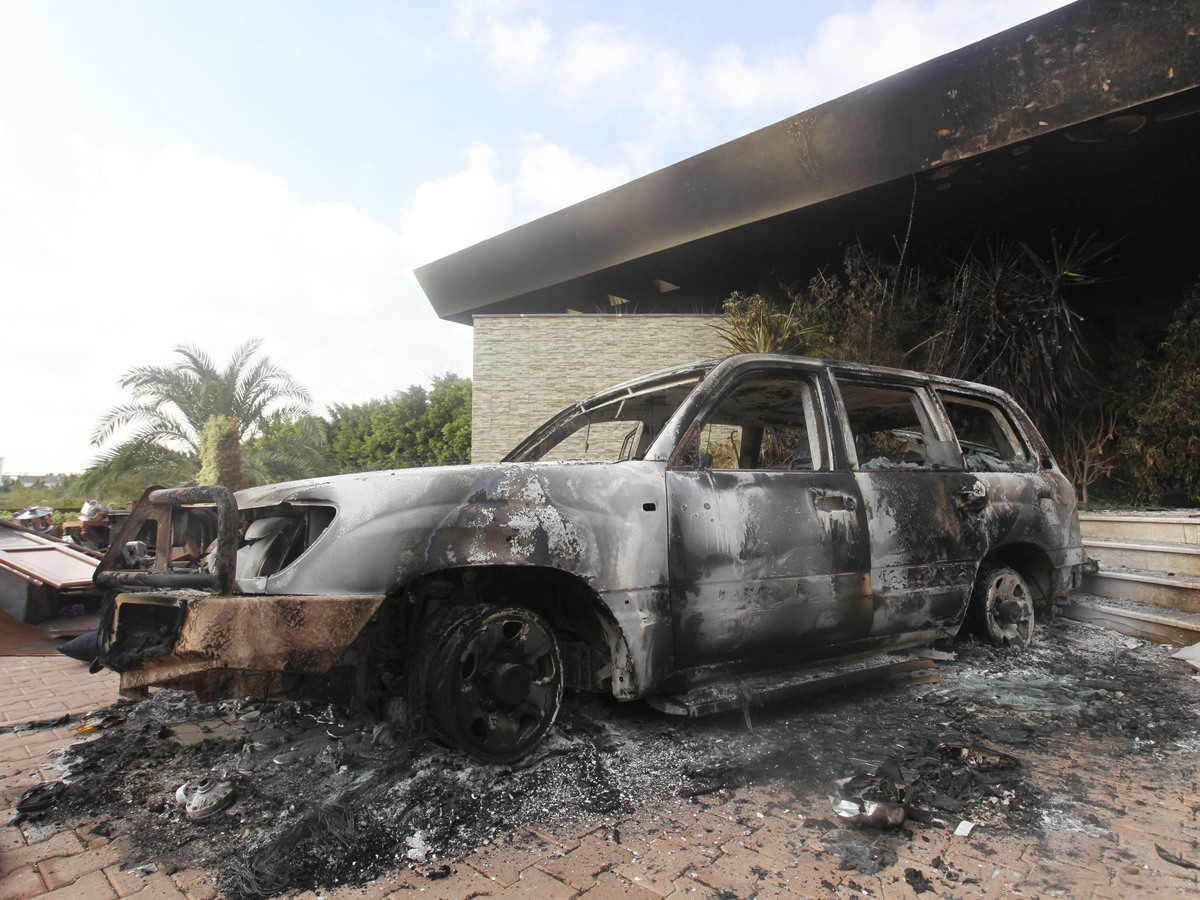 A burned vehicle outside the U.S. Consulate in Benghazi, Libya, after the Sept. 11, 2012, attack.

President Obama has led an administration that so far has avoided a headline-grabbing, signature scandal. But now he's learning how one begins to take shape.

In many ways, the Benghazi story is following the arc of many Washington scandals of the past. It's rarely the initial incident that gets politicians in trouble. Instead, it's the way in which they respond to it.

After months of relative inattention, the media are seizing on missteps surrounding the attack on the U.S. Consulate in Benghazi, Libya, last September, during which Ambassador Chris Stevens and three other American officials were killed.

Republicans have been howling for months that the administration misled the public with its initial accounts of the event. Those claims are now gaining traction in the media, thanks in part to a high-profile hearing on Wednesday that clearly fostered a sense among reporters that there was indeed substance to the allegations of wrongdoing.

That Capitol Hill spectacle included news that a top aide to former Secretary of State Hillary Clinton may have dressed down a career official for briefing a member of Congress, and was followed up Friday by ABC News and The Weekly Standard reporting that extensive edits had been made to talking points as they evolved.

"The media's interest has grown," says Brendan Nyhan, a government professor at Dartmouth College and a media critic. "That seems to be a function of both the documents the congressional investigation has been able to unearth as well as Hillary Clinton's relevance to this story and its potential implications for 2016."

What Did Who Know?

The slow unfolding of the Benghazi story is not all that different from the course taken by what might be the most serious scandal the Obama administration has suffered to date, the bungled gun-swapping operation known as Fast and Furious, suggests Scott Basinger, a University of Houston political scientist.

"Interest focused initially on who approved of allowing guns to be taken across the border into Mexico, but then it became a question of what did [Attorney General] Eric Holder know, and when did he know it," Basinger says.

That, of course, is a reference to the famous question posed by Howard Baker during the Senate Watergate hearings in 1973, as a special committee sought to ascertain whether President Richard M. Nixon had personal involvement in a cover-up.

In so many scandals since — the outing of Valerie Plame as a CIA operative, the Whitewater investigation and the subsequent news that President Bill Clinton had an affair with an intern — press coverage and legal interest veered far from the initial transgression to the question of who knew what when.

It's Public Relations 101. When you have bad news, you want to get it all out there yourself as completely and quickly as possible, so you can start to move on.

This is a technique rarely practiced in government, however.

There's been some criticism of the administration about security failures at Benghazi, but much more attention has been paid to the questions of whether officials sought to fudge the story and spin it for political purposes.

Most of the controversy, after all, has been about how the administration framed talking points, which are themselves tools for public relations.

Even there, it's not entirely clear why administration insistence on blaming an anti-Muslim video for provoking the attack, rather than consistently labeling the event as terrorism right away, is cause for grave concern, says Robert Entman, a professor of media and international affairs at George Washington University.

"We all know in the moment, when a crisis like this happens, there's a lot of uncertainty," he says. "It's really a perfect example of how the scandal machine is disconnected from the underlying seriousness of the harm."

At this juncture, the question is whether Obama — or those close to him — may be guilty of doing what the Republicans have been accused of doing. Namely, putting a spin on events in Benghazi with an eye toward an election that was less than two months away.

"Was there something of a cover-up by either State or the White House or both? No doubt," says Larry Sabato, a government professor at the University of Virginia. "That's the usual impulse, especially during a tough election campaign."

Whether Benghazi will ever become the sort of scandal that outrages the nation as a whole remains to be seen. Much will depend on finding evidence of malicious intent to deceive on the part of the administration, as opposed to individuals following an apparently irresistible impulse to try to put the best face on a confusing and dangerous situation.

But now reporters are on the hunt for willful wrongdoing. Every email and document that comes out will be carefully scrutinized.

And, as in previous scandals, any attempt to control the story and cover tracks will look worse in hindsight, once more is known.

"There's a process that happens when the opposition party and the media latch on to a story jointly," Nyhan says. "That's when a scandal story starts to take off."