Accessibility links
IRS's Tea Party Scrutiny Adds To Conservatives' Case Against Obama : It's All Politics The targeting by IRS workers in Cincinnati of the filings of conservative groups for added scrutiny was an innocent mistake, said an agency official who apologized. But President Obama's critics see more nefarious motives in the action. 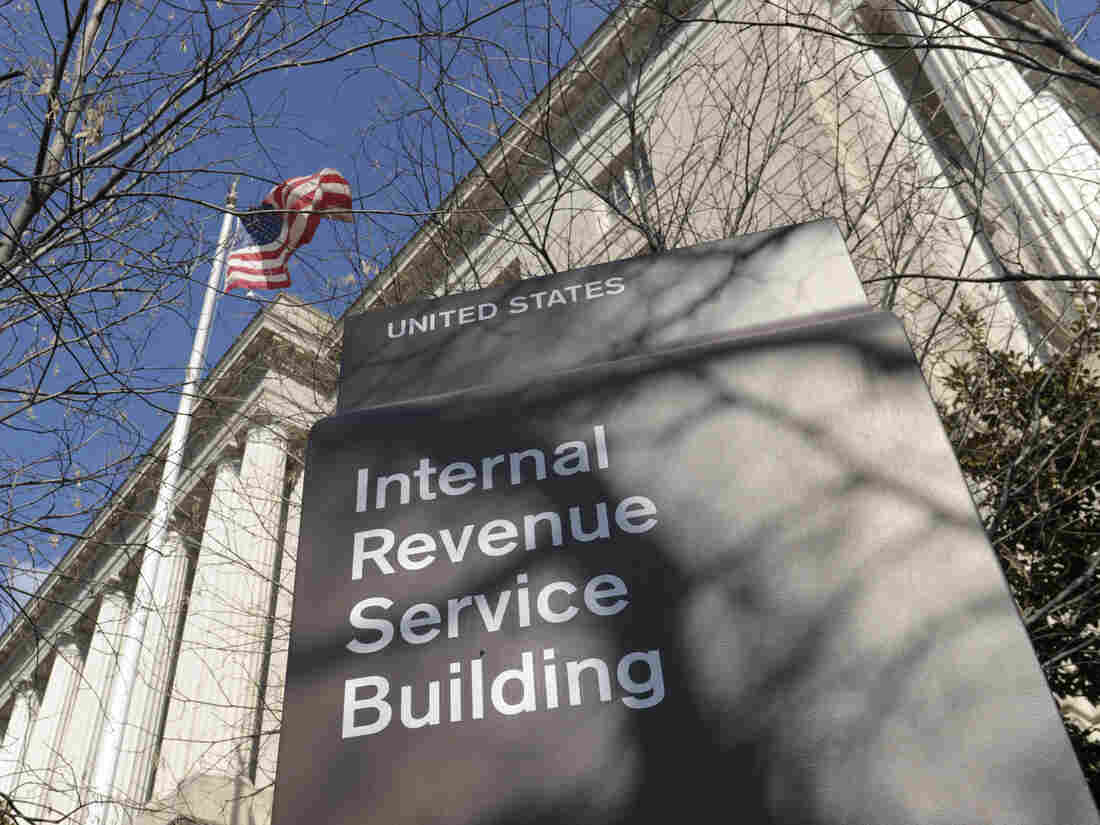 An Internal Revenue Service official apologized for workers who targeted certain conservative groups. But that did little to defuse the situation. Susan Walsh/AP hide caption 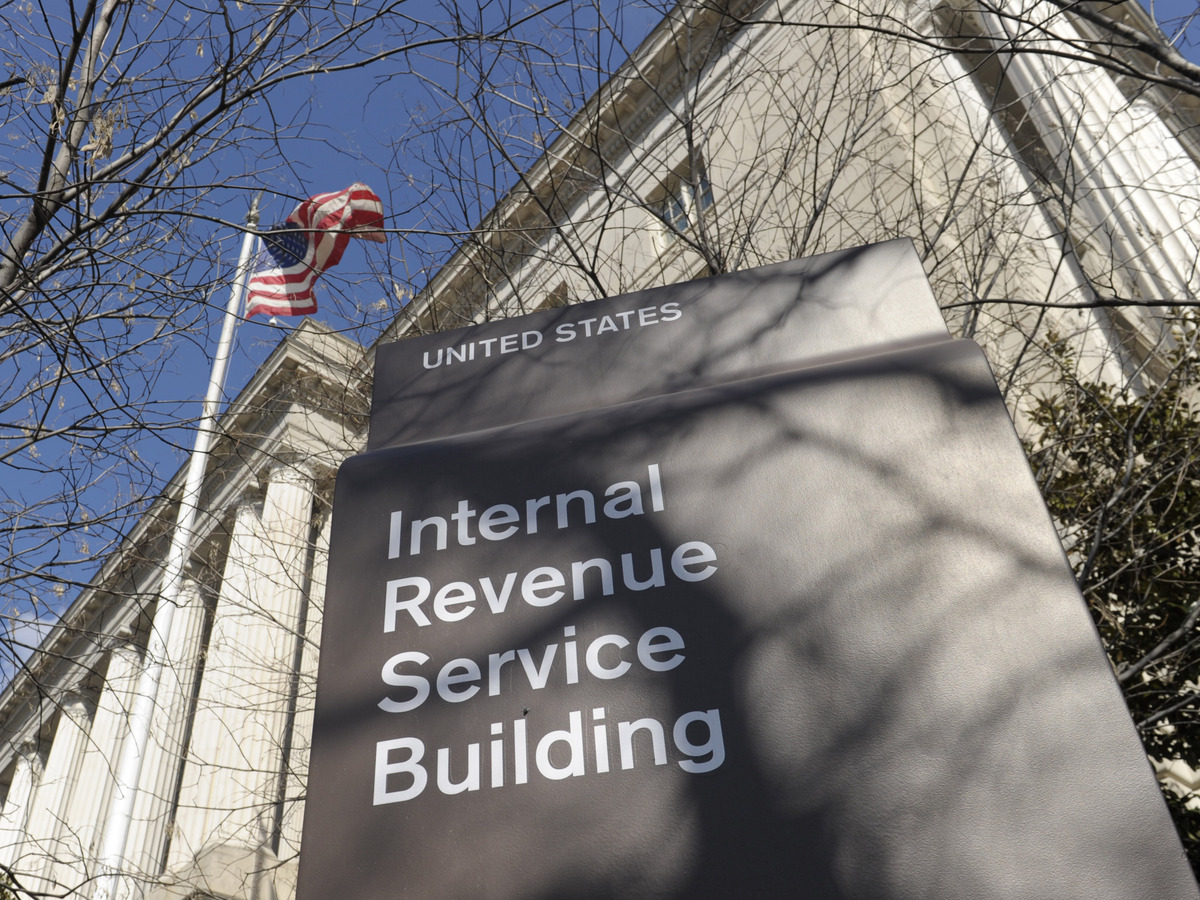 An Internal Revenue Service official apologized for workers who targeted certain conservative groups. But that did little to defuse the situation.

As if the Obama administration's conservative critics didn't have enough fodder with last year's attacks on a U.S. Consulate that killed four Americans, now comes Friday's startling revelation that Internal Revenue Service workers between 2010 and 2012 singled out groups with "Tea Party" and "Patriots" in their name for extra scrutiny of their applications for tax-exempt status.

While the IRS news was a surprise, the political firestorm it triggered was entirely predictable: Up until Friday, agency officials had publicly denied previous allegations that it had done the very thing IRS official Lois Lerner admitted.

In comments she made at a Washington conference of tax lawyers, Lerner added that IRS workers in Cincinnati had unintentionally given deeper examination to filings from groups with names indicating Tea Party linkage. In some instances, the workers asked for donor lists, which violated laws.

"They didn't do this because there was any political bias going on," said Lerner, who described the workers as "low level." Instead the workers were trying to streamline their work. They could have avoided the whole controversy by classifying the filings as "advocacy" cases, she explained, but they weren't sensitive to the political dynamics.

"It was just wrong," she said. "We would like to apologize for that. It was not intentional. As soon as we found out what was going on we took steps to make it better and I don't expect those things to recur."

The admission had a pre-emptive feel to it since an inspector general's report on the matter is expected soon.

The calls for congressional investigations came quickly, giving every indication that this latest headache for the Obama administration won't end nearly as swiftly as it arrived.

"The IRS cannot target or intimidate any individual or organization based on their political beliefs. The House will investigate this matter," said House Majority Leader Eric Cantor of Virginia.

Only days after the House Oversight Committee he is chairman of held a hearing on the Benghazi attack, Rep. Darrell Issa, a California Republican, said: "The fact that Americans were targeted by the IRS because of their political beliefs is unconscionable. The committee will aggressively follow up on the IG report and hold responsible officials accountable for this political retaliation."

Meanwhile, Rep. Charles Boustany, a Louisiana Republican who is the chairman of the House Ways and Means Committee and has been querying the IRS about the the extra reviews given to applications from conservative groups, sent the agency a request for more details about the situation, providing a taste of the examination the administration faces in the weeks and months to come.

The timing could hardly have been worse, with Benghazi back in the headlines. Within moments of the news, conservatives took to social media with references to the tax agency — which is charged with enforcing the Affordable Care Act's individual mandate — as "Obama's IRS."

"The IRS, as you know, is an independent enforcement agency with only two political appointees," Carney said. "The fact of the matter [is that] what we know about this is of concern. And we certainly find the actions taken, as reported, to be inappropriate.

"And we would fully expect the investigation to be thorough and for corrections to be made in a case like this," Carney said. "And I believe the IRS has addressed that and has taken some action. And there's an investigation ongoing. But it certainly does seem to be, based on what we've seen, to be inappropriate action that we would want to see thoroughly investigated."

That was unlikely to mollify many of the administration's most ardent conservative critics.

John Feehery, a former top Republican House aide and a communications and political strategist, predicted that besides the congressional hearings, there would be a call for a special prosecutor.

"They will go after the IRS. The IRS is not very popular anyway, especially with congressional Republicans."

What's more, "there's going be an immediate effort to link Obama to this, bringing back thoughts of Richard Nixon politicizing the IRS," Feehery said. Nixon, of course, tried to get the IRS to conduct tax audits of those on his political "enemies' list."

"I'm assuming that Obama wouldn't be so stupid to tell the IRS to do that. But that's how it's going to be seen," Feehery said. "This will get the conspiracy theorists lathered up pretty well."

Feehery was on to something. TheTeaParty.net issued a statement that included the following:

"What would Democrats have done if the Nixon administration ordered the IRS to actively target the National Organization of Women or the American Civil Liberties Union? Nixon had his own enemies list and resigned. These activities are eerily similar, and yet Obama remains in office even in light of Fast and Furious, the Benghazi tragedy, and now the active targeting of his political opposition.

Bruce Hopkins, a lawyer and expert on tax-exempt groups, said you might indeed have to return to the Nixon era to find an instance that became public knowledge of the president's political foes having real reasons be concerned about the IRS. He was stunned when he learned what the IRS workers in Cincinnati had done.

"I've been hearing rumors that the IRS was targeting Tea Party groups but, frankly, I had trouble believing it because I just didn't think in this day and age that that kind of thing would take place," Hopkins said. "And yet apparently it has."