Accessibility links
Immigration Bill Chugs Along, But Some See Deal-Breakers : It's All Politics The bipartisan immigration overhaul proposed by the Senate's Gang of Eight has been the target of scores of amendments. So far, the bill has largely held its own, but its prospects for getting through Congress are uncertain. 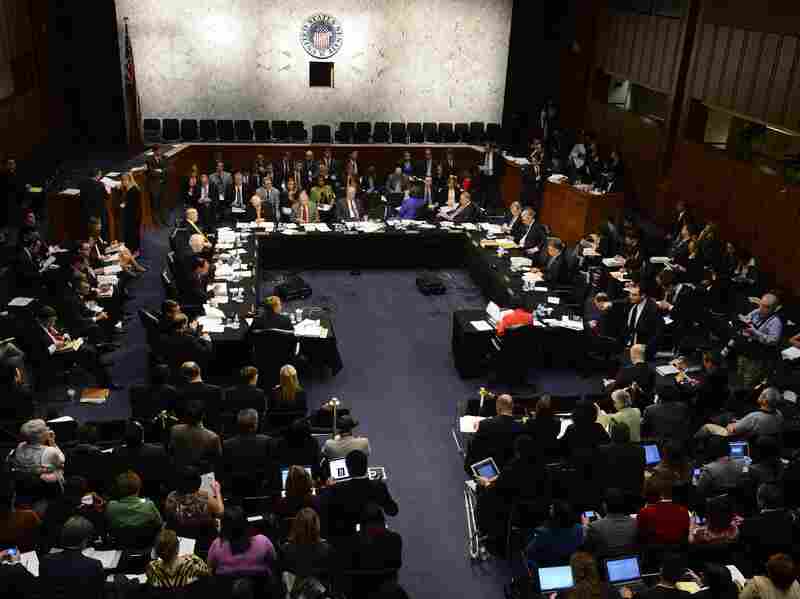 The Senate Judiciary Committee meets to work on immigration legislation on May 9. Michael Reynolds/EPA/Landov hide caption 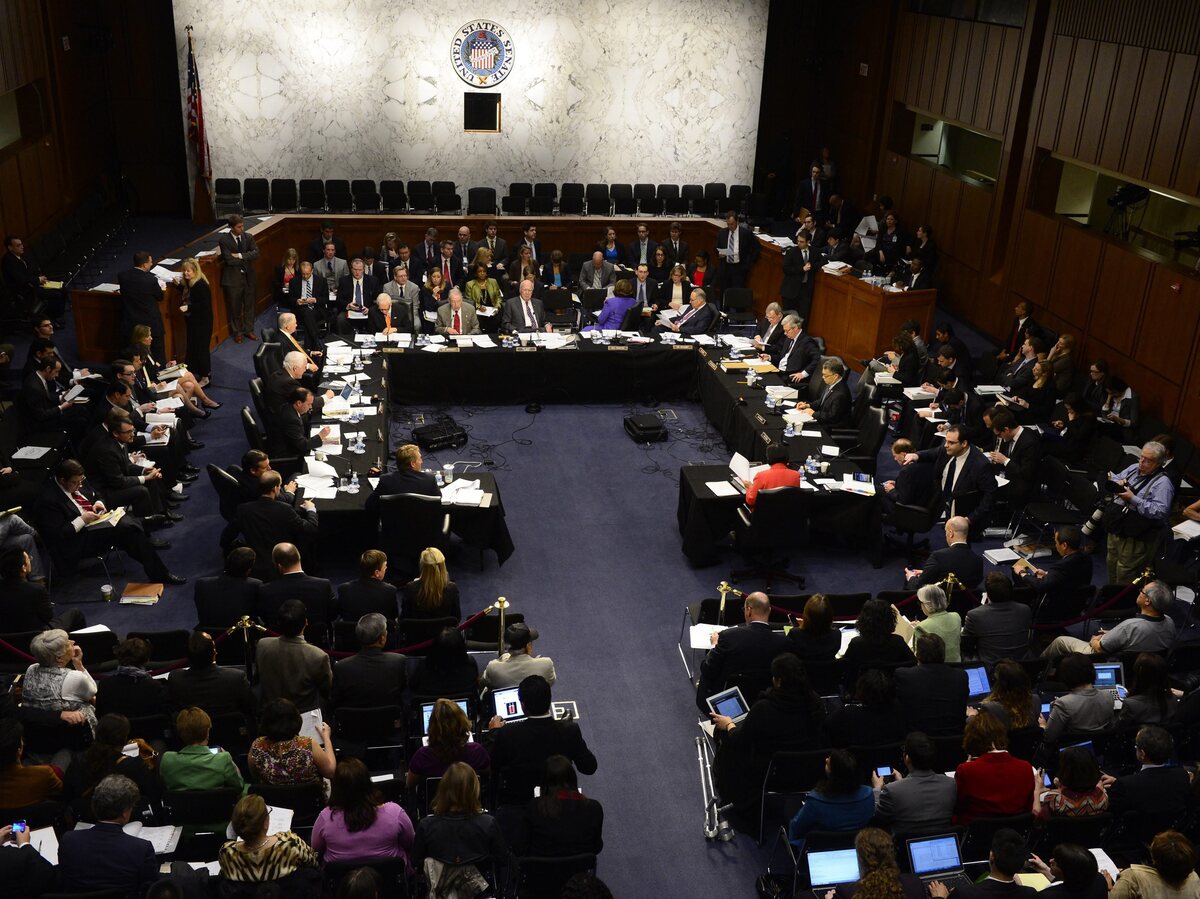 The Senate Judiciary Committee meets to work on immigration legislation on May 9.

It's been a long slog already for the bipartisan immigration overhaul proposed by the Senate's Gang of Eight.

The legislation has been the target of more than 300 amendments during days of debate and votes by the Senate Judiciary Committee. But while the bill has largely held its own so far, its prospects for getting through Congress remain uncertain.

"It's moving a lot faster than people said it would," says Leahy, a Vermont Democrat.

Sen. Jeff Flake of Arizona, one of two Republican members of the Gang of Eight who sit on the Judiciary Committee, says he thinks with the adoption of 15 GOP amendments so far, the bill has become more appealing to conservatives.

"It's a better bill for, I think, those of us who care about border security and interior enforcement — it's a stronger bill," he says.

But that's not how fellow Republican and committee member Jeff Sessions of Alabama sees it.

"None of the significant amendments have been accepted," he says. "It's pretty clear that the Gang of Eight's original statement that they would resist any significant changes to the bill is coming true."

Earlier this week, Sessions brought up an amendment putting the bill's promised path to citizenship for 11 million unauthorized immigrants on hold until biometric data, such as fingerprints or iris scans, are used to screen the entry and exit of every international traveler.

Sen. Lindsey Graham, R-S.C., a member of the Gang of Eight, helped defeat it.

"I want biometrics as far as the eye can see, in as many ways as possible, post-9/11, to protect this nation," he says. "But to make it a trigger in light of how much it costs and how long it takes, I just think goes too far."

But the issue has exposed a crack in the Gang of Eight's unity. One of its members who is not on the Judiciary Committee, Sen. Marco Rubio, R-Fla., says he supports a biometric entry-exit system.

"The fundamental question is: Can it be done in a cost-effective manner? And I think that's what we're going to hopefully explore here over the next few days leading into the floor debate," he says. "I hope that we can. I think it makes the system more effective."

Some Democrats Back Same-Sex Amendment To Immigration Bill

And even though Sen. Dianne Feinstein, D-Calif., voted against the biometric amendment, she says she would like to see it considered when the bill goes before the full Senate, probably next month.

"I don't think it's a deal-breaker," she says. "But I think we need to do our work, and I'm one Democrat that would like to see it eventually used ... if it is cost-effective — cost-efficient, I should say."

Meanwhile, opponents of that path to citizenship are warning it could doom the entire bill.

"The way to avoid the bill being voted down in the House of Representatives is to reach a reasonable common-sense compromise," says Sen. Ted Cruz, R-Texas, "and, in particular, to take off the table a path to citizenship. So I hope that's what they choose to do."

That would be the wrong choice, says Rubio, the Florida Republican.

"If ... we can put in measures that ensure that we're ... not going to have another wave of illegal immigration, people are willing to support a bill that deals with the 11 million that are here now," Rubio says. "And if we don't, I don't think we'll have immigration reform."

Sen. Orrin Hatch, R-Utah, could end up voting next week to send the immigration bill to the full Senate, a move that could persuade other key Republicans to get behind it. But Hatch first wants the committee to vote on changes he has offered boosting the number of visas for highly skilled workers.

"If they want to pass this bill through both houses, they've got to give on those," he says. "I've got to have them."

But Hatch will have to get past the opposition of Gang of Eight member Sen. Dick Durbin, D-Ill.

"Some of his amendments are acceptable, with some changes, and some are unacceptable," Durbin says. "And, you know, when a senator basically says it's take it or leave it, [he] puts himself in a very weak bargaining position."

Adding to the bill's uncertainty is an amendment that Leahy, the Judiciary Committee chairman, has yet to bring up that would allow gay U.S. citizens to sponsor foreign spouses for green cards. Republicans in the Gang of Eight warn such a measure, if adopted, would be a deal-breaker.