Accessibility links
Senators Tussle Over Proposal To 'Unpack' Key D.C. Court : It's All Politics GOP Sen. Charles Grassley has floated legislation that would cut three seats from the important D.C. Circuit appeals court — just as President Obama prepares to announce his nominees for those jobs. The court is now evenly balanced with four appointees each from Republican and Democratic presidents. 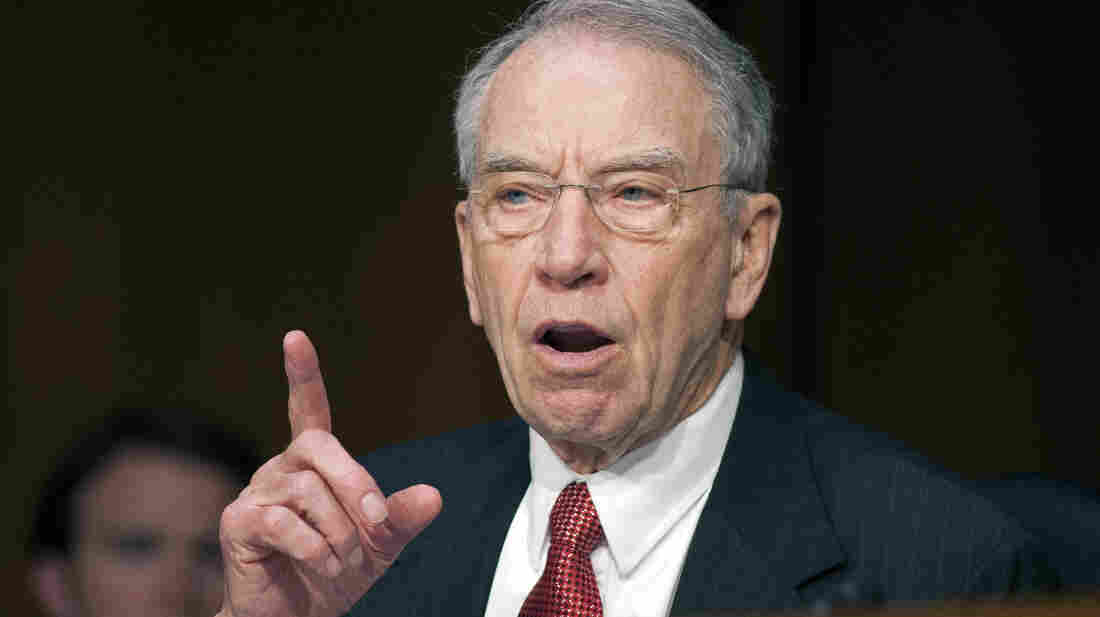 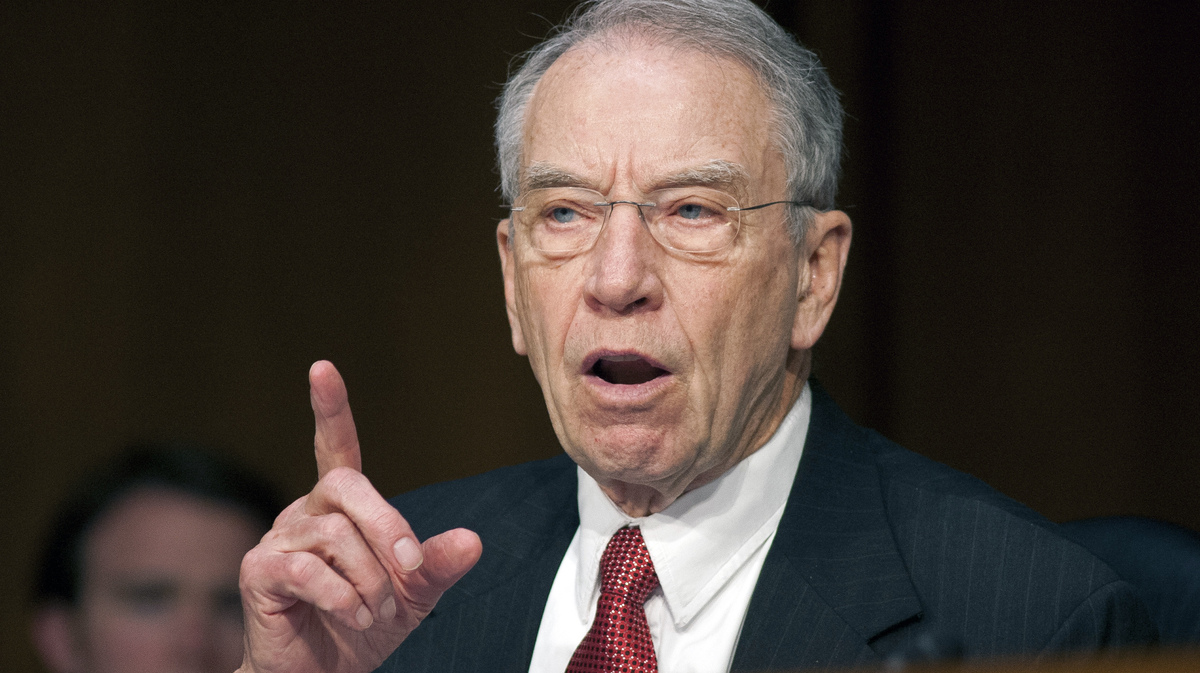 More than 75 years ago, President Franklin Roosevelt caused an uproar with his plan to "pack" the Supreme Court with friendly justices. It was an audacious effort to protect his New Deal initiatives.

Now, Sen. Charles Grassley, R-Iowa, has floated the reverse — legislation that would cut three seats from the important D.C. Circuit appeals court, just as President Obama prepares to announce his nominees for those jobs.

In March 1937, as Roosevelt eased into his second term, he used one of his famous fireside chats to go after critics blasting his plan to add seats to the U.S. Supreme Court.

"Those opposing this plan have sought to arouse prejudice and fear by crying that I am seeking to pack the Supreme Court," Roosevelt said.

Congress supported the president's New Deal efforts, but the Supreme Court kept throwing them out. So his solution was to try to add more judges to the high court.

Historian Jeff Shesol, who wrote a book on FDR's court-packing plan, talked about the president's motives with WHYY's Fresh Air three years ago.

"He had big majorities in both houses of Congress, but ultimately he had to run the gauntlet of the Supreme Court — that these big changes in government and in the economy would have to be ratified by the third branch of government," Shesol said. "And that's very much true today."

Today, that fight is playing out in the federal appeals court in Washington, D.C., considered the second most important court in the country. That appeals court, known as the D.C. Circuit, often represents the last word on financial regulations, labor rights and environmental protections. With the confirmation last week of Obama's first successful nominee to the court, Sri Srinivasan, the D.C. Circuit is now evenly balanced, 4 to 4, with appointees from Republican and Democratic presidents.

Enter Grassley with a bill he calls the Court Efficiency Act.

"The legislation is very straightforward," Grassley said at a Senate Judiciary hearing last month. "It would add a seat to the 2nd and the 11th Circuit. At the same time, it would reduce the number of authorized judgeships for the D.C. Circuit from 11 to eight."

Grassley says the D.C. Circuit doesn't have enough work to do, so he wants to cut one seat altogether and send two others to busier appeals courts in New York and Georgia. He's supported by seven other Republicans on the Judiciary Committee.

"I certainly hope that neither the White House nor my Democratic colleagues will instead decide to play politics and seek without any legitimate justification to pack the D.C. Circuit with unneeded judges, simply in order to advance a partisan agenda," Lee said.

But Russell Wheeler, who studies judicial vacancies at the Brookings Institution, says something else is going on — something political.

"Appointing judges to existing vacancies is not court-packing," Wheeler says. "It's simply the way the system works."

He adds: "It's hard for me to believe that behind this so-called court efficiency proposal is not an effort to keep the court's active judgeships balanced with four Republican appointees and four Democratic appointees."

The D.C. Circuit appeals court could be busier, Wheeler says, but the measurements that Republicans are using don't consider how complicated some of its environmental protection, energy and financial cases are. Wheeler adds that there's no problem in theory with redistributing judges to where they're most needed — but those proposals would be better coming from the Judicial Conference, a nonpartisan panel of judges, after studying court workloads, than from senators in the midst of an ideological debate.

A Line In The Sand

There's another thing about the Grassley bill: It would take effect right away, not upon a new president taking office.

"You know this has nothing to do with caseload," Senate Judiciary Chairman Patrick Leahy, D-Vt., said on the Senate floor last week. "It has everything to do [with] who is president."

He pointed out that Republicans, including Grassley, voted to confirm four of President Bush's nominees to the D.C. Circuit court.

White House sources say Obama could nominate three candidates for the open seats on the D.C. court as early as Thursday. No one knows what — if anything — will happen with those nominees in a divided Senate. The same goes for Grassley's court "unpacking" proposal, which represents a line in the sand for Republicans and judges this year.

As for FDR, his court-packing plan ultimately fell apart. But by staying in office for so long, he named eight of the nine Supreme Court justices and turned the court his way through sheer longevity.