Accessibility links
The Survivor: Sheriff Joe Arpaio Outlasts Political, Legal Trouble : It's All Politics Arpaio lost a civil suit last week but is expected to dodge an effort to recall him. Although the politics of immigration are changing in Arizona, the growth of the Hispanic population has not yet translated into a political force that can dislodge him. 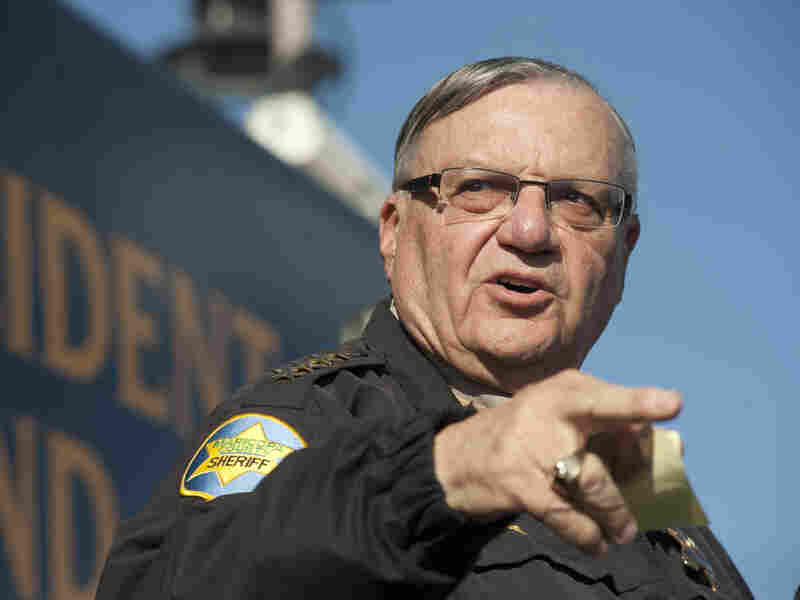 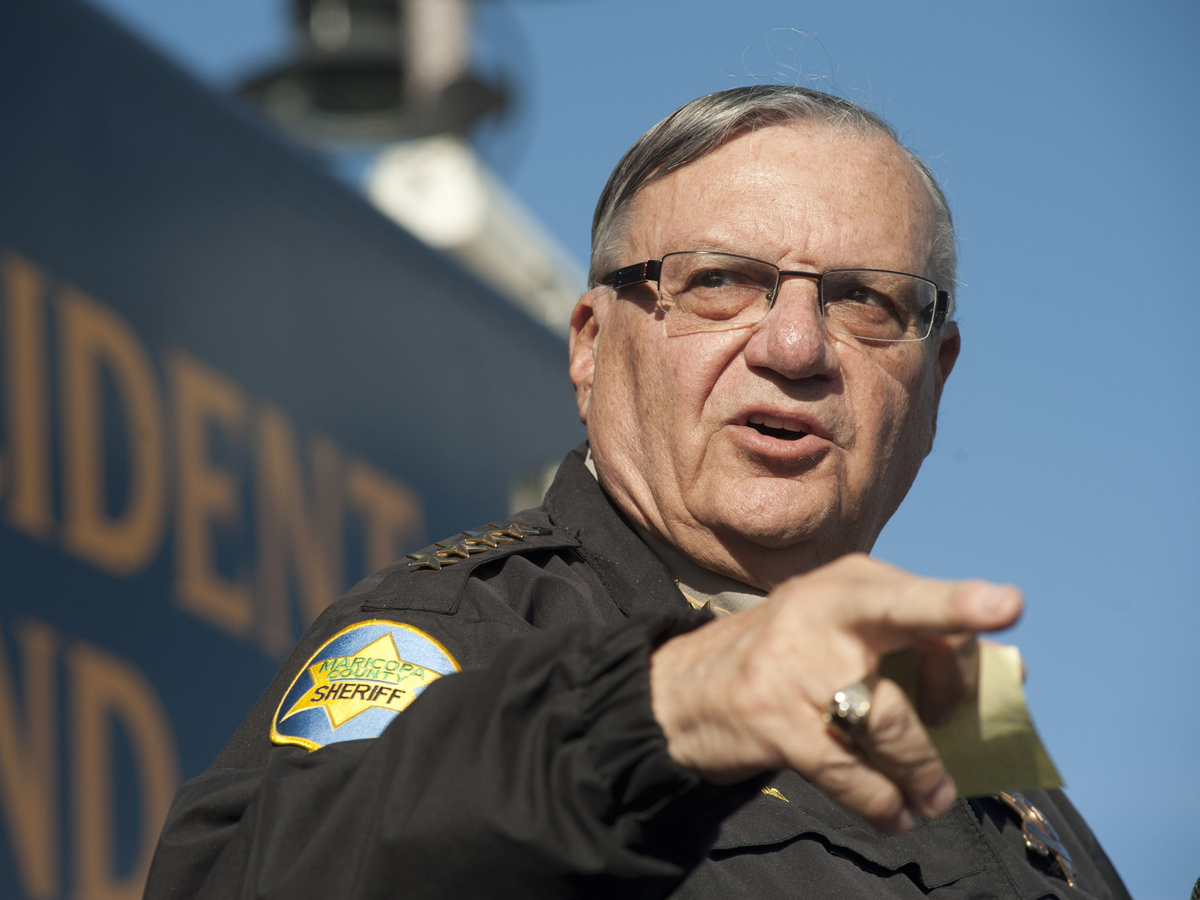 The Associated Press reports that organizers of a petition to recall Sheriff Joe Arpaio fell short of Thursday's deadline to collect 335,000 signatures.

Once again, Sheriff Joe Arpaio is at the center of political and legal controversies. Once again, it appears he will survive.

Last week, a federal judge ruled that Arpaio, who is the sheriff of Maricopa County, Ariz., had violated the civil rights of Latinos by engaging in racial profiling. Arpaio, the self-proclaimed "toughest sheriff in America," denies the charge and intends to appeal.

The ruling, however, offered fresh impetus to a campaign to recall Arpaio, who was elected to a fifth term last November. But organizers are not expected to meet today's deadline for gathering 335,000 signatures on recall petitions.

His opponents made a mistake in targeting Arpaio right after the election, says Michael O'Neil, a pollster based in Tempe.

"This court finding would have been perfect — they could have said, 'This is documentation of what we've been saying all along,' " O'Neil says. "But because they jumped the gun going after him prematurely, I don't see anything that dislodges him as a force."

Arpaio has been at the center of a number of controversies, such as skepticism over the legitimacy of President Obama's birth certificate.

But he's best known for enforcing immigration laws strictly — or overzealously, depending on your point of view.

"All of the efforts to take him out of office have failed for one basic reason," says Robert Blendu, a former Republican state senator from Maricopa County. "He stands up and says my job is to enforce the law. If you don't like the law, change it."

Aside from the legal questions, the reality on the ground is that the politics of immigration are changing in Arizona.

Former Senate President Russell Pearce, who sponsored the state's 2010 law requiring local law enforcement to check the legal status of immigrants, was recalled by voters in 2011 and lost in his comeback attempt last year. (Much but not all of the 2010 law was struck down by the Supreme Court last year.)

Andrew Thomas, a former Maricopa County attorney who was another prominent supporter of strict immigration enforcement and sometimes represented Arpaio, was disbarred last year. He intends to run for governor in 2014.

"Arizona has changed in that no longer do we see any advantage in being the central focal point in immigration enforcement," says Joseph Garcia, director of the Latino Public Policy Center at Arizona State University's Morrison Institute.

Garcia says it's no accident that both of Arizona's U.S. senators — Republicans John McCain and Jeff Flake — are members of the "Gang of Eight" seeking to rewrite federal immigration law to allow people in the country illegally to earn citizenship eventually.

"It's part of the effort to change the image of Arizona from harsh and anti-immigrant," Garcia says, "and therefore anti-Latino."

The reason is obvious. All over the country, politicians are taking Hispanics into greater account as their share of the electorate grows rapidly.

That's an especially powerful dynamic in a place like Arizona, one of 13 states where people of color make up more than 40 percent of the population. This year, Hispanics made up a majority of schoolchildren in the state for the first time. Hispanics are expected to compose 1 out of every 4 voters in the state by 2030.

But 2030 is a ways off. The full impact of these demographic changes is not yet being felt. Many adult Hispanics in Arizona are not citizens, while many more are still too young to vote.

"The demographics clearly are moving in the direction of a more mainstream, moderate body politic," says Hellon, the former state GOP chairman, "but that hasn't translated yet into major changes on Election Day."

The state is still Republican — and so is Maricopa County, home to Phoenix and by far Arizona's most populous jurisdiction. Arpaio spent millions holding onto a local office by a bare majority last November — but he did win.

The question is whether he will ever seek another term, now that he's in his 80s.

"Whether he runs again is kind of problematic at this point," Hellon says, "but my guess is he'll hang on until the end."