Accessibility links
Romney Not Done With Politics : It's All Politics Some Democrats might snicker at Mitt Romney's desire to be involved in the 2014 midterm election campaigns. While there are limits to his usefulness as a campaigner, he could have an upside for Republicans as a fundraiser.

Romney Not Done With Politics

Romney Not Done With Politics 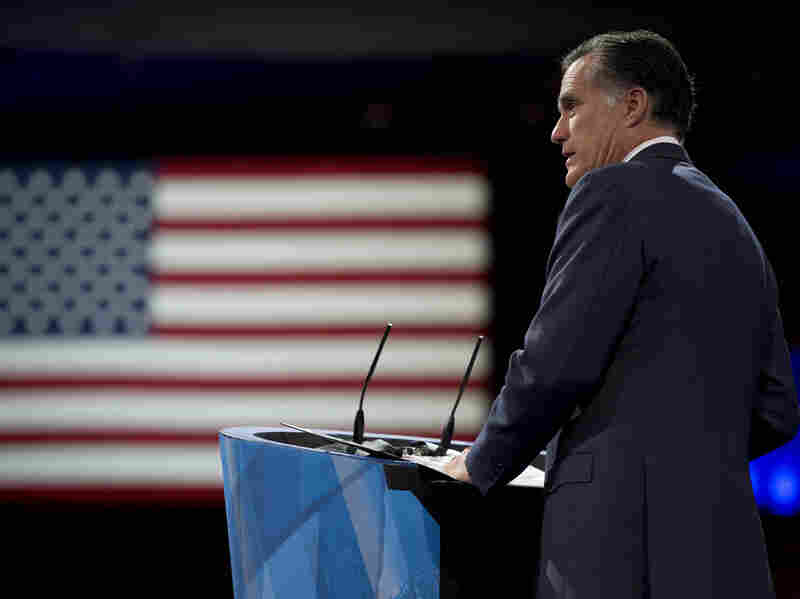 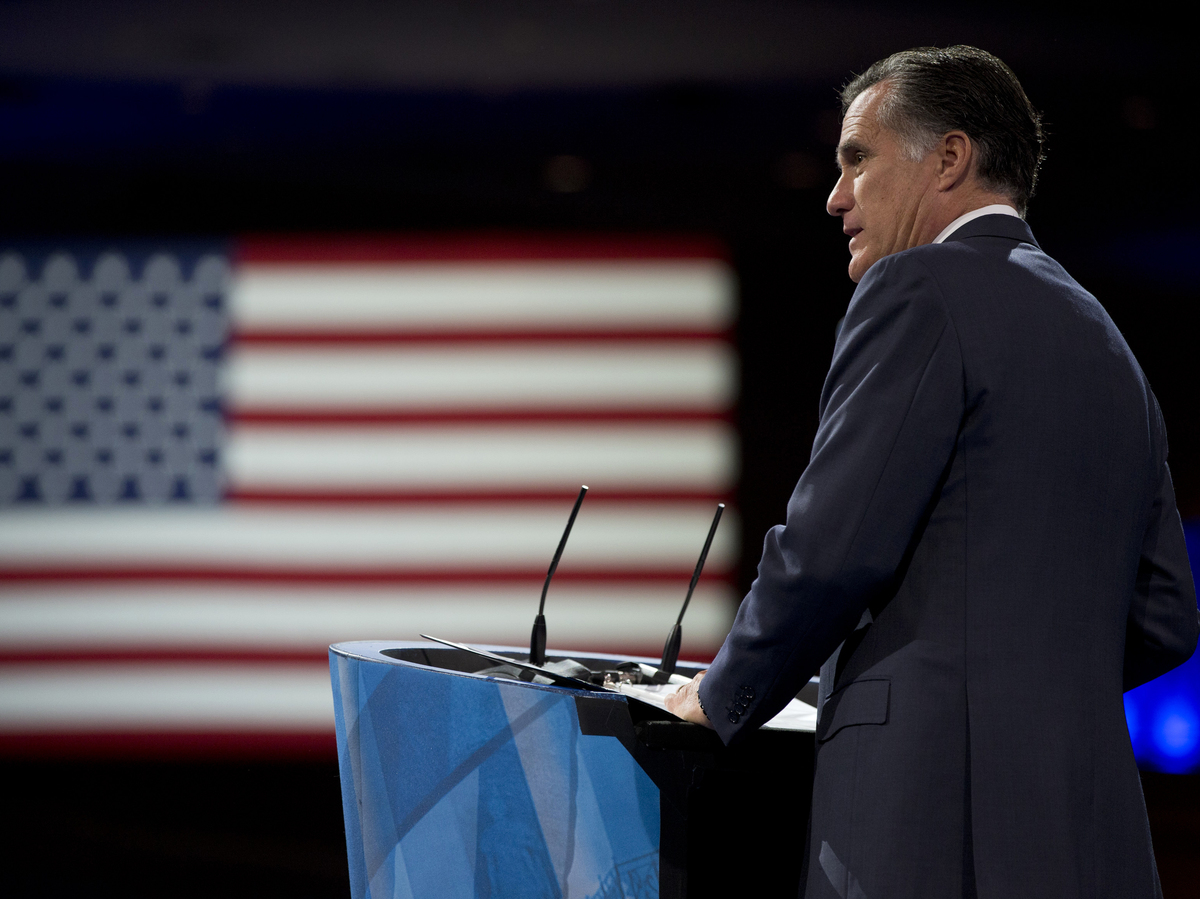 Mitt Romney may have lost the biggest prize in American politics last year, but that doesn't mean he's left the game for good.

While there's no evidence to suggest he's interested in a third consecutive run for the White House, the man who topped the 2012 Republican national ticket is signaling his intent to play a role in the 2014 midterm election.

In an interview with The Wall Street Journal, Romney indicated what could be read as plans to return to the political hustings to campaign for 2014 candidates, presumably Republicans. The Journal reported:

"He is considering writing a book and a series of opinion pieces, and has plans to campaign for 2014 candidates. But he is wary of overdoing it. 'I'm not going to be bothering the airwaves with a constant series of speeches,' he told The Wall Street Journal, speaking from his home in La Jolla, Calif."

Some Democrats could barely contain their glee at the thought that Romney might return to campaign for Republicans in 2014, given his substantial Electoral College loss to President Obama, his less-than-scintillating campaign style and the "47 percent" baggage he carries.

Still, Romney could prove helpful to some Republicans.

First, as the party's most recent standard-bearer, he remains one of the GOP's biggest celebrities. In other words, he's a draw. In politics, like consumer marketing and pop culture, few things are as important as name and brand recognition. Romney certainly has those.

So if you're a major party organization with a fundraising dinner, having Romney on the bill might prove productive.

"I think that he would be very helpful to Republicans on the fundraising circuit," said Ron Bonjean, a principal at a Washington lobbying and communications firm who was a senior GOP aide on Capitol Hill. "He is an expert at raising money and can be helpful in a wide variety of districts, from moderate to conservative.

In other words, Romney's value is rooted in his ability to attract donors, rather than win over voters.

He is, after all, a proven money magnet, with a platinum network and database of donors he has collected during two presidential runs.