Accessibility links
The Incredible Vanishing GOP Presidential Front-Runner : It's All Politics Prepare for a 2016 free-for-all. "This will be the most open Republican nomination in 50 years," says one GOP election veteran. 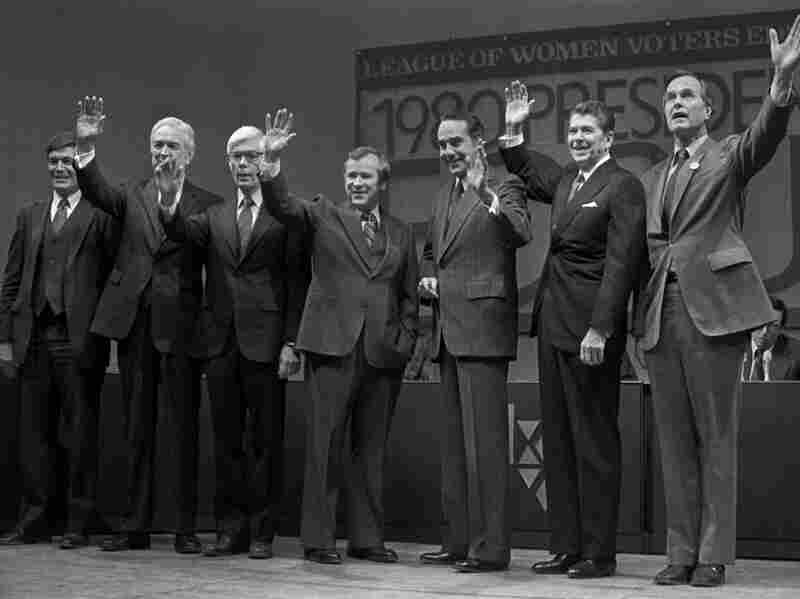 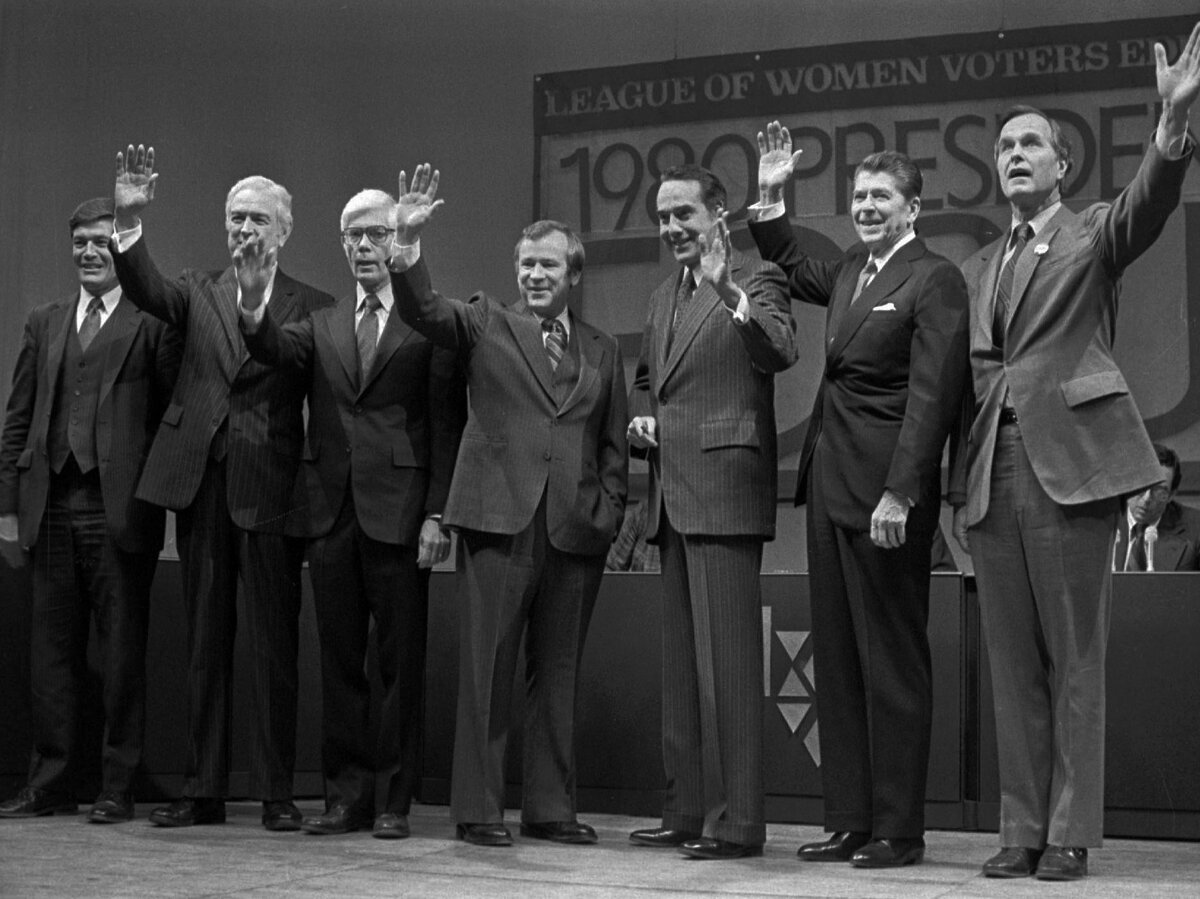 It's ridiculously, absurdly early to talk about 2016 presidential politics. Only a fool would try to predict who will be the next Republican nominee just seven months after the last election for the White House.

Still, in most election cycles, the GOP would already have an obvious front-runner by now, one who would more than likely prevail as the party's pick.

"This will be the most open Republican nomination in 50 years," says Tom Rath, a former GOP attorney general of New Hampshire and a veteran of early state presidential politics.

Plenty of Republicans had their doubts about the early front-runners in 2008 and 2012 — John McCain and Mitt Romney, respectively — but each ended up as the nominee.

People in the early voting states of Iowa, New Hampshire and South Carolina fully expect to see something in the neighborhood of 20 serious candidates stopping by to take soundings.

"There's no formidable candidate who's going to scare people out of the race," says Dave Carney, a GOP consultant and longtime Perry strategist. "There's no heir apparent."

Usually, there is. Republicans have given their candidates credit for time served, offering preference to the "next in line" vice president, veteran senator or candidate who paid his dues and knows the ropes from running the last time around.

For decades, the party has drawn from a small pool. There was a Bush or a Dole on every national ticket from 1976 through 2004. For 20 years before that, Richard Nixon was on the ballot in every election but one.

That type of dynamic is playing out this time around on the Democratic side. If presumptive favorite Hillary Clinton decides not to run, Vice President Joe Biden will have a leg up over lesser-known hopefuls such as Govs. Andrew Cuomo of New York and Martin O'Malley of Maryland.

"It's been a long time since there really hasn't been an obvious front-runner [among Republicans]," says Lewis Gould, a historian who wrote Grand Old Party: A History of the Republicans. "It's hard to see somebody becoming a juggernaut in the next eight or 12 months, so that by summer of 2014 people are saying, 'It's X's to lose.' We're a long way from that."

The result is likely to be a long nominating season. In contrast to the usual fashion, in which there's a king and a group of individuals aspiring to dethrone the king, a wide-open field means more candidates can linger in hopes of getting hot later in the game.

"When you get past New Hampshire, the field is usually down to two or three candidates," Rath says. "I'm not sure that will happen this time."

The lack of a clear front-runner reflects the number of competing factions in the party just now, says Chip Felkel, a Republican consultant based in South Carolina. It also gives candidates more of a chance to test-market ideas that might appeal to a broad constituency.

"The party needs to get through a serious bit of soul-searching," he says. "If you had a front-runner, you'd have all these people out there saying why that front-runner is no good."

Consultants like Carney also think it's good news that the candidates getting the most attention early on are mostly still in their 40s — young enough to be the children of Romney or McCain (or, in the case of Paul, actually being the child of ex-perennial hopeful Ron Paul).

"It's good for the brand to have young guys who are peers of the generation that the Republican Party is supposedly not doing well with," says Matt Reisetter, a GOP consultant in Iowa.

But people in the party are convinced they can't be any worse than the traditional formula, which has helped Republicans lose the popular vote in five of the last six presidential elections.

"Historically, Republican Party politics have all been about whose turn it was," Felkel says, "and that hasn't worked too well for us."