Accessibility links
'That Was Me': Recognizing Yourself In A Piece Of History : It's All Politics As news organizations write about the history of Sunnylands, the California estate President Obama will visit Friday for a meeting with the Chinese president, Carol Price has been revisiting her personal history with the estate.

'That Was Me': Recognizing Yourself In A Piece Of History

'That Was Me': Recognizing Yourself In A Piece Of History

President Obama and Chinese President Xi Jinping are meeting this weekend at Sunnylands, an exclusive retreat center near Palm Springs, Calif. On top of 11 lakes, a private golf course and a world-renowned art collection, the compound holds more history than even a 200-acre estate should be able to contain. Obama is the eighth U.S. president to have spent time there. Frank Sinatra married his fourth wife there.

Many news organizations have written about the history of Sunnylands, including The New York Times. In a story Wednesday morning, the newspaper published the photo below, saying it shows "Henry Kissinger during a dinner at Sunnylands, date unknown." 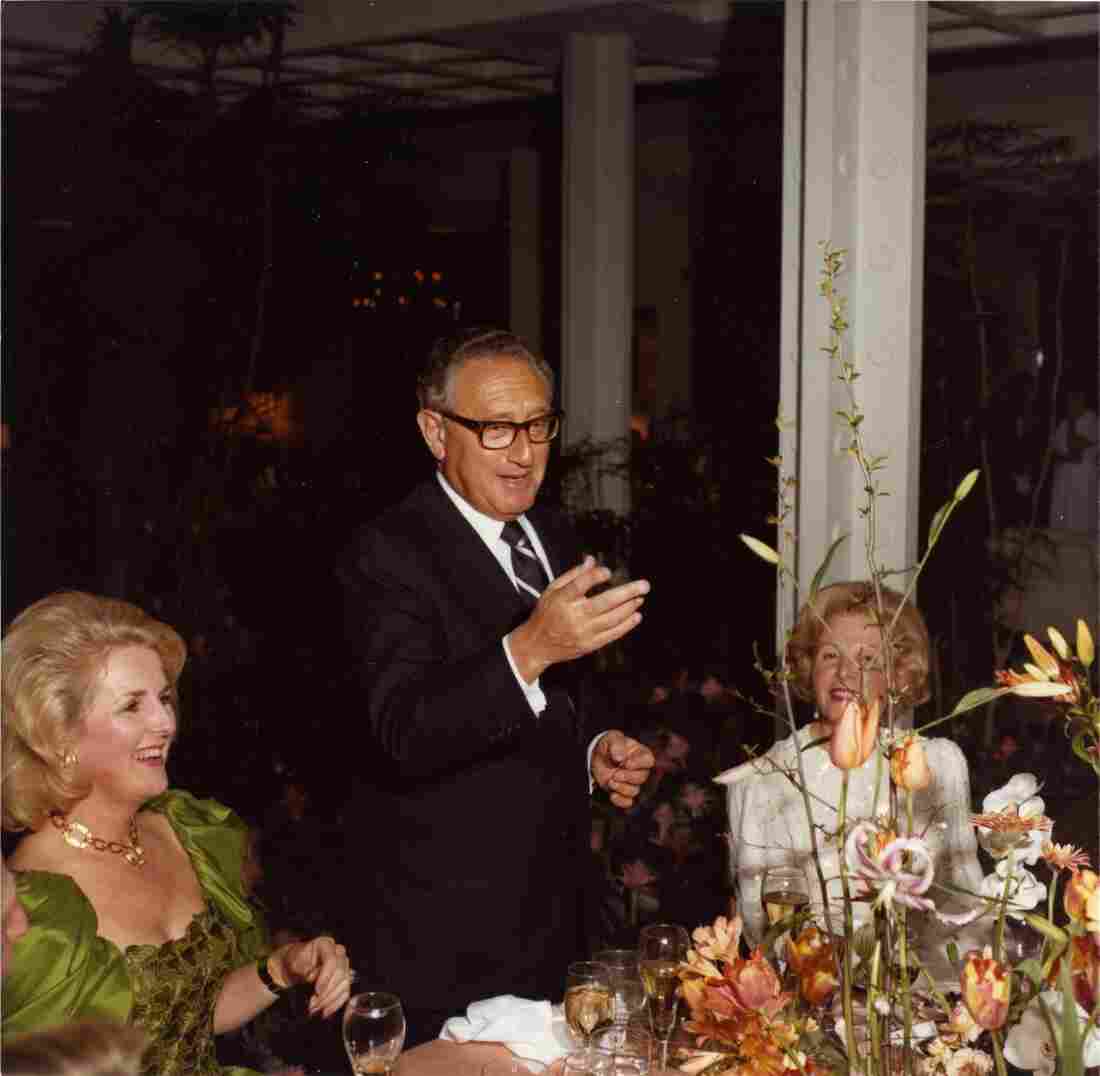 Henry Kissinger delivers a toast during dinner at Sunnylands. Carol Price is at left. The Annenberg Foundation Trust at Sunnylands hide caption 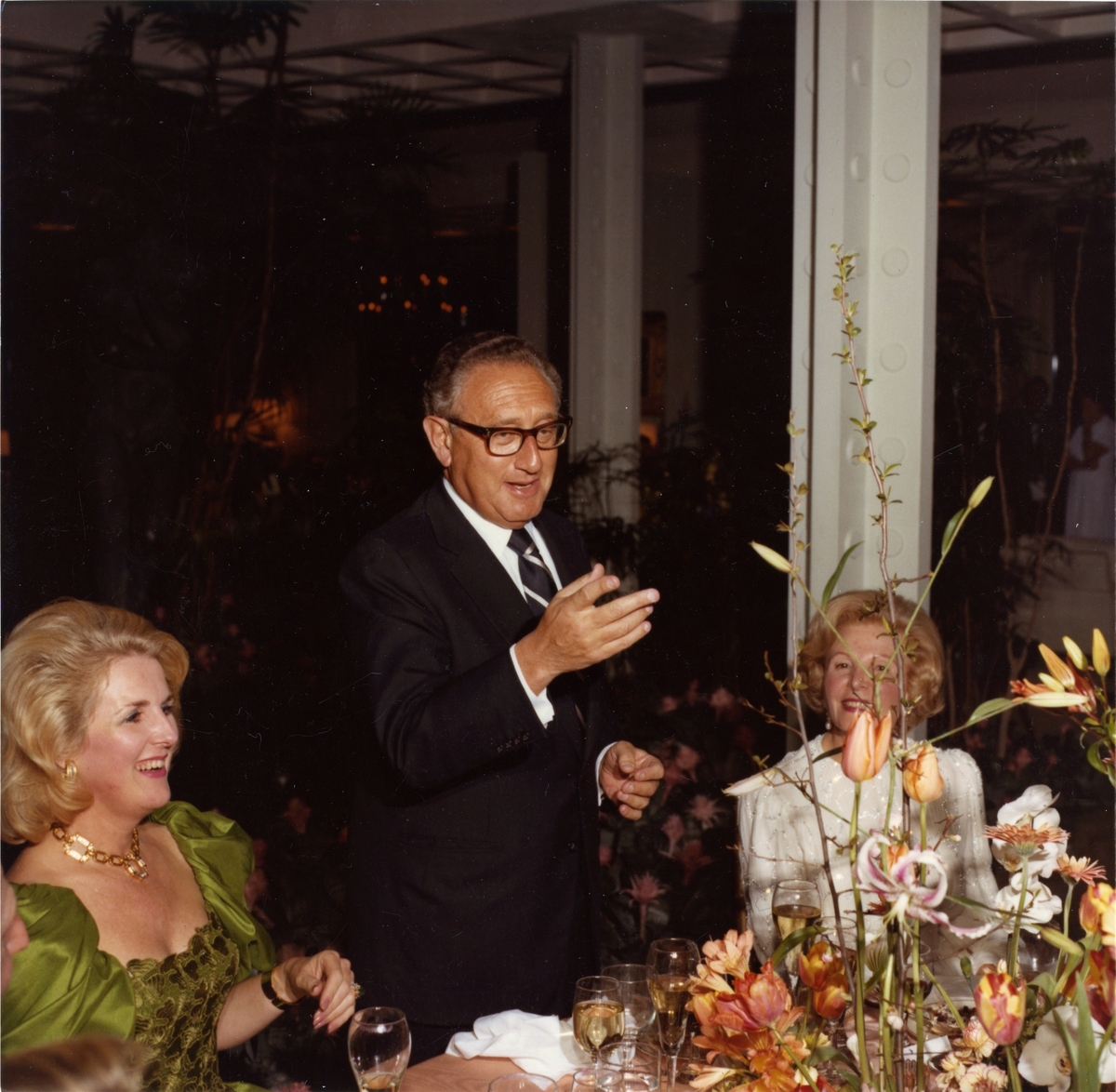 Henry Kissinger delivers a toast during dinner at Sunnylands. Carol Price is at left.

The Annenberg Foundation Trust at Sunnylands

"That was me," Carol Swanson Price told me. Price is the woman in the green dress, sitting to Kissinger's right in the photo. She was close friends with Walter and Leonore Annenberg, who built Sunnylands as their winter home. Her late husband was Ambassador Charles Price, who represented the United States in Britain during the Reagan administration.

"The Annenbergs were like a second family to me," Mrs. Price says, joking that her car practically drove to Sunnylands on autopilot.

"Lee always had a very special birthday party for him and always made it wonderful with great conversation," Price says. "She took a lot of time and effort to try to place people well so they'd enjoy one another. She was a fabulous hostess."

You can hear the full story of Sunnylands's colorful history on tonight's All Things Considered.