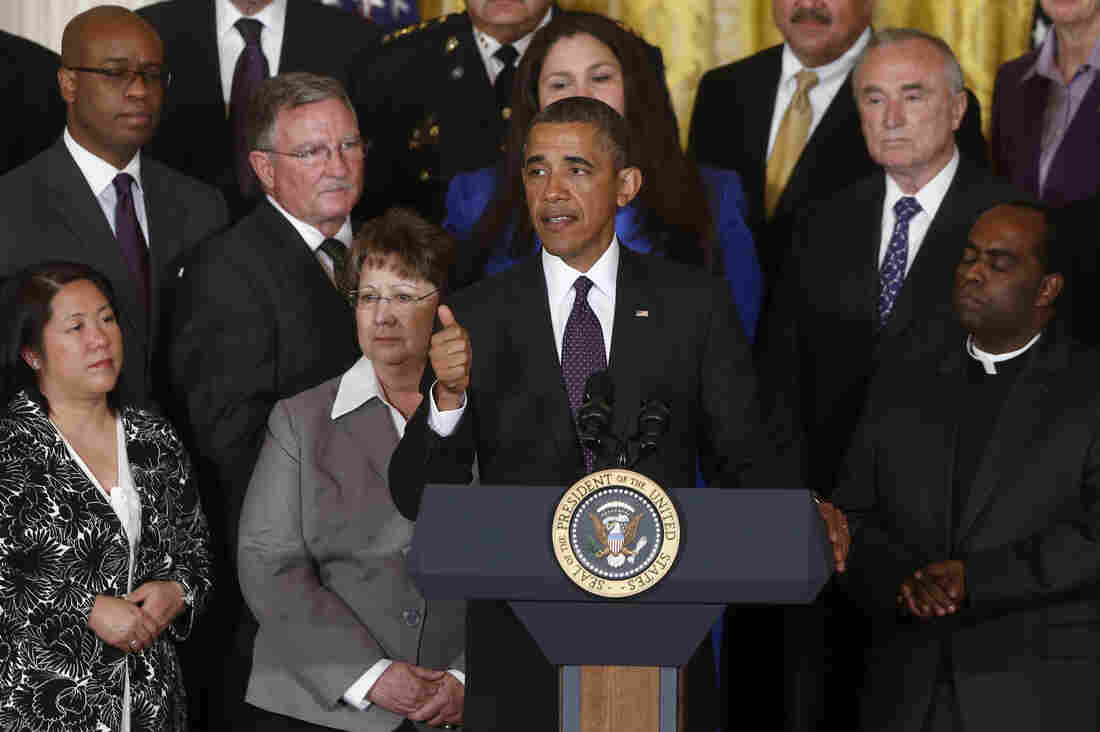 A White House event on Tuesday, where President Obama was aware that his support for immigration legislation could be the kiss of death. Charles Dharapak/AP hide caption 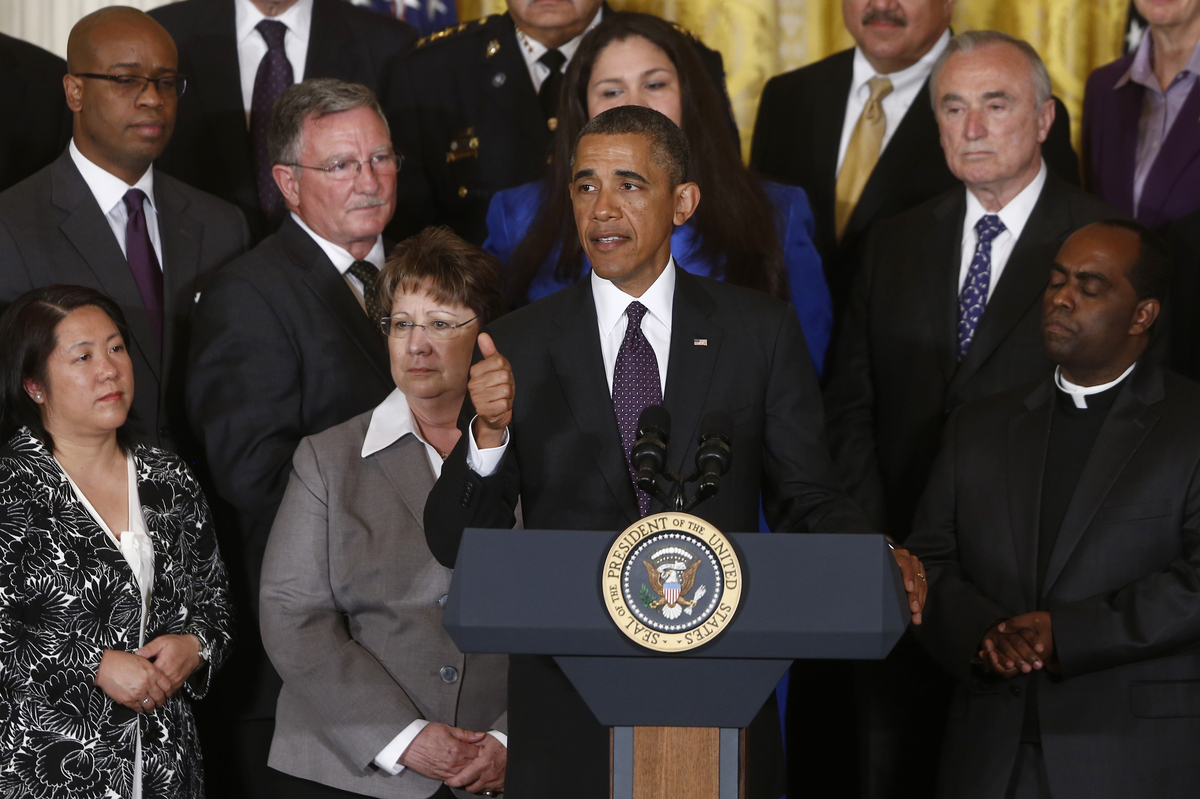 A White House event on Tuesday, where President Obama was aware that his support for immigration legislation could be the kiss of death.

If you want to observe one of Washington's most delicate balancing acts, look no further than President Obama's effort to assert leadership on immigration legislation without its coming to be identified as a new Obamalaw.

Because they're keenly aware of how nearly any legislative effort that becomes known as the president's baby almost immediately makes his political foes hellbent on stopping it and denying him a victory, Obama and other White House officials have been committed to letting Congress take the lead on major legislation like immigration reform.

His challenge is to show just enough presidential leadership on an issue he campaigned on but not so much that he fires up those opposed to him on general principle, the Senate immigration legislation or both.

That's why, at a Tuesday event at the White House, he seemed to be using a style used to describe his approach to Libya — leading from behind. The president emphasized that the legislation the Senate is considering isn't his but the Senate's. True, he supports much that's in it. But he was speaking not as an author of the legislation, but as a fan.

With a bipartisan array of allies of an immigration overhaul behind him in the White House East Room, representing business, organized labor and immigrant-rights activists, the president said:

"So there's no reason Congress can't get this done by the end of the summer. Remember, the process that led to this bill was open and inclusive. For months the bipartisan Gang of Eight looked at every issue, reconciled competing ideas, built a compromise that works. Then the Judiciary Committee held numerous hearings. More than a hundred amendments were added, often with bipartisan support. And the good news is every day that goes by, more and more Republicans and Democrats are coming out to support this common-sense immigration reform bill.

"And I'm sure the bill will go through a few more changes in the weeks to come. But this much is clear: If you genuinely believe we need to fix our broken immigration system, there's no good reason to stand in the way of this bill."

The president could have added, as he has in the past on other issues, that his support for the bill shouldn't be reason to oppose it, but why state the obvious?

By now, Obama has plenty of experience with that balancing act.

On gun control, an issue precipitated by December's Sandy Hook Elementary School massacre, a shocked and angry nation compelled him to take charge on the issue, which he did with Vice President Biden's task force and its wide-ranging recommendations.

But the realities of gun politics — and the fears Obama evokes for many gun owners who believe he wants their guns — argued against a gun-control effort spearheaded by him. So he got behind the more narrow and ultimately unsuccessful background-check legislation championed by Republican Sen. Joe Manchin of West Virginia and Democratic Sen. Pat Toomey of Pennsylvania.

By the end of the sequester fight, Obama also had taken a back seat to Congress, preferring as the deadline approached to use his bully pulpit to warn Americans of the difficulties the cuts would bring instead of negotiating with congressional Republicans.

Even as he seeks to keep his political adversaries from blocking his priorities, Obama is still capable of mocking them. On Tuesday, he appeared to do just that while subtly raising the possibility that race might be a factor in resistance to the current crop of immigrants.

"The notion that somehow those who came through Ellis Island had all their papers right" (long laughter from the audience) "you know, had — had — had checked every box and followed procedures as they were getting on that boat — they were looking for a better life, just like these families."

In the end, if an immigration bill finally becomes law, Obama will be able to take some credit. After all, he did win re-election by campaigning on fixing the nation's broken immigration system. And, of course, there would be the instantly historic photos of him signing the legislation.

But he doesn't want too much credit, at least not right now.