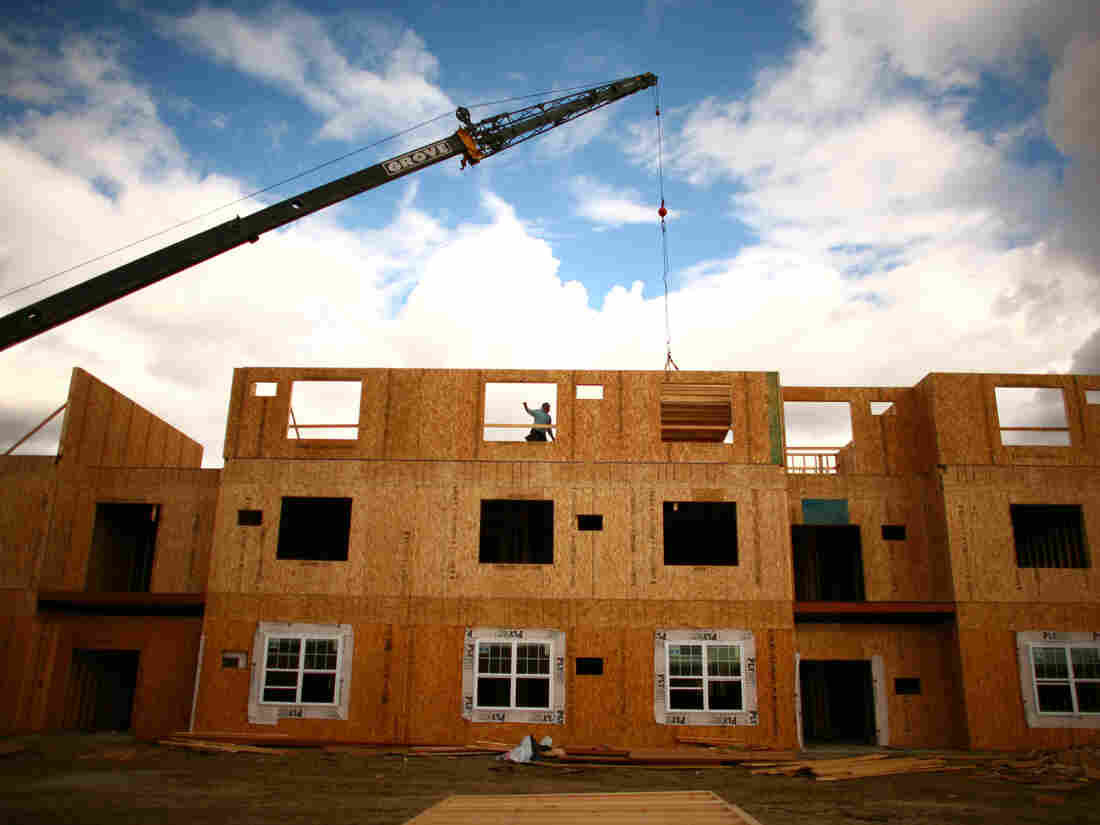 A worker guides a crane in Watford City, N.D. Oil production has tripled in five years, leading to rapid growth in some of the state's counties. Matthew Staver/Bloomberg via Getty Images hide caption 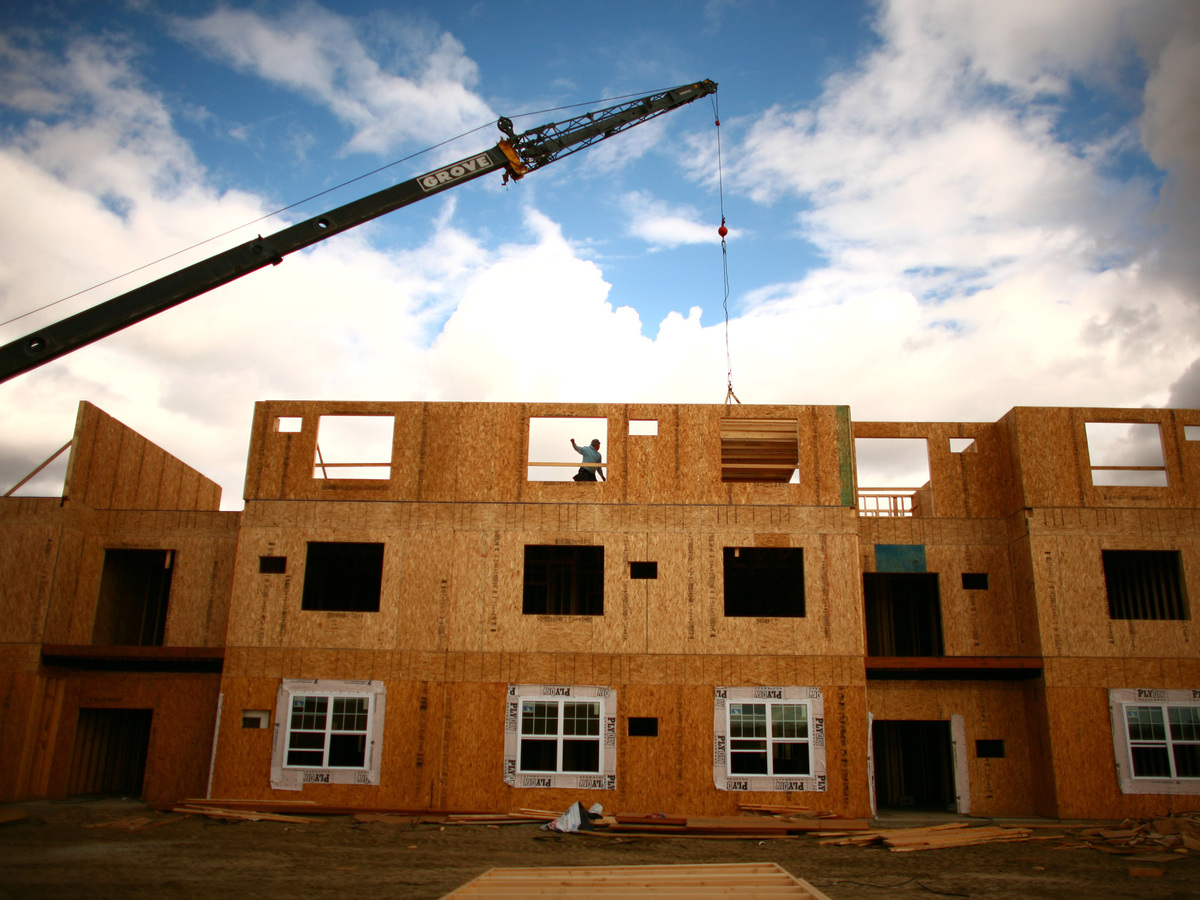 A worker guides a crane in Watford City, N.D. Oil production has tripled in five years, leading to rapid growth in some of the state's counties.

The U.S. Census Bureau released its list of the nation's 100 fastest-growing counties Thursday, and here's what we learned: They're mainly clustered in the South and West, and their rapid population gains are fueled by a wide variety of economic and cultural factors including the energy boom, military realignment, Hispanic immigration, student enrollment and changing retirement patterns.

The counties tend to vote Republican, at least at the presidential level. According to an NPR analysis, nearly three-quarters of the counties voted for Mitt Romney in 2012, continuing a long-standing pattern of Republican dominance in counties experiencing the most rapid population growth.

Here are five quick takeaways from the new census data on the fastest-growing counties from 2010 to 2012: As recently as 2004, this class of fast-growing counties was almost monolithically Republican at the presidential level: George W. Bush won 97 of the top 100.

In 2008, Barack Obama made significant gains by winning 15 of them — and reducing GOP margins in many others. Four years later, Obama fared even better: He won 26 of the top 100 fastest-growing counties.

More important, the president captured many of the most populous counties on the list. Among them: Charlotte, N.C.'s Mecklenberg County; Atlanta's Fulton County; the city and county of Denver; and Orlando, Fla.'s Orange County.

Obama might have won only 26 of the top 100 counties, but 18 of them were clustered in some of the most important states on the presidential map: Colorado, Florida, North Carolina and Virginia.

Louisiana had four of its counties on the list, including two — St. Bernard and Orleans — whose residents were displaced by the destruction of Hurricane Katrina.

Here are the nine other fastest-growing counties over 10,000 residents:

When Sarah Palin embarked on her 2009 book tour, there was a reason Hamilton County, Ind., was one of her first stops. In addition to being one of the nation's fastest-growing places — it grew by 5.4 percent between 2010 and 2012 — it's one of the most Republican.

The Obama campaign recognized its growing importance in 2008. In addition to sending Michelle Obama for a visit to Hamilton County, the campaign opened two storefront offices and a local Republicans for Obama operation. Winning wasn't the point — the goal was holding down the GOP vote.

Texas had 17 of its counties on the fastest-growing 100 list, largely suburban areas around Dallas, Austin, San Antonio and Houston. Larger bubbles represent more residents from 2010 to 2012. Nearly 1 in 5 of the counties on the bureau's list are in Texas, which was among the fast-growing states from 2000 to 2010. The counties that grew the most in terms of raw population were largely suburban, surrounding the Lone Star State's main population triangle: Houston to Dallas-Fort Worth to San Antonio.

Travis County, which houses the capital, Austin, added 71,000 residents. Of the 17 Texas counties on the list, President Obama won only two: Travis, which includes liberal Austin and the University of Texas; and Dimmit, a heavily Hispanic border county.

NPR combined the bureau's population data with results from the 2012 presidential race. You can download it here.