Accessibility links
How Rock 'N' Roll Can Explain The U.S. Economy : It's All Politics In music, as in so many industries, the lion's share of the money now goes to a relative handful of top performers, says White House economic adviser Alan Krueger. He says the music business offers valuable lessons about America's "superstar economy." 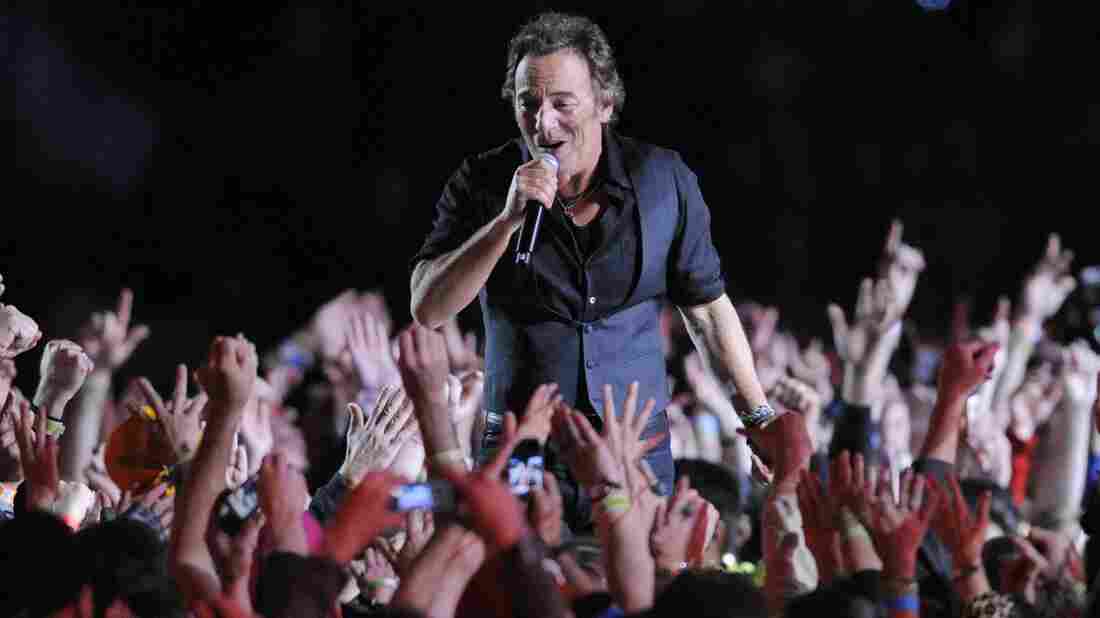 Bruce Springsteen performs during halftime of the Super Bowl in Tampa, Fla., in 2009. In music, and increasingly in other industries, a relative handful of top performers take more and more of the spoils, says White House chief economist Alan Krueger. Mark J. Terrill/AP hide caption 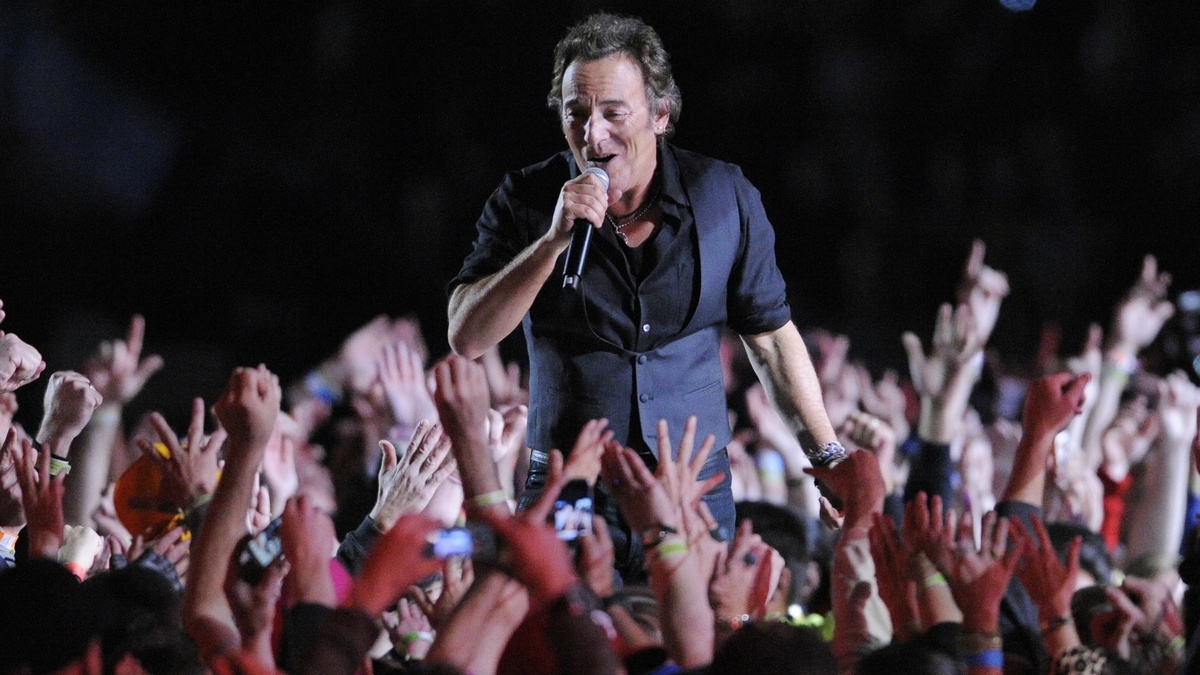 Bruce Springsteen performs during halftime of the Super Bowl in Tampa, Fla., in 2009. In music, and increasingly in other industries, a relative handful of top performers take more and more of the spoils, says White House chief economist Alan Krueger.

White House economic adviser Alan Krueger took some ribbing from his boss this week. President Obama noted that Krueger will soon be leaving Washington to go back to his old job, teaching economics at Princeton.

"And now that Alan has some free time, he can return to another burning passion of his: 'Rockanomics,' the economics of rock and roll," the president said. "This is something that Alan actually cares about."

In fact, Krueger gave a speech this week at the Rock and Roll Hall of Fame in Cleveland, where he said the music business offers valuable lessons about the broader U.S. economy.

Krueger titled his speech "Land of Hope and Dreams," in honor of his fellow New Jersey native Bruce Springsteen.

Springsteen boasted the second-highest-grossing concert tour last year — right behind Madonna — with 72 shows that together raked in more than $199 million. That makes The Boss a fitting emblem of our modern "superstar economy."

In music, as in so many industries, Krueger says, the lion's share of the money now goes to a relative handful of top performers.

"The lucky and the talented — and it is often hard to tell the difference — have been doing better and better, while the vast majority has struggled to keep up," Krueger says.

Economists point to a variety of explanations for that growing concentration of wealth, like technology and globalization. Krueger highlights the role of luck, noting that for every superstar, there are other, equally talented performers who don't catch the same breaks. 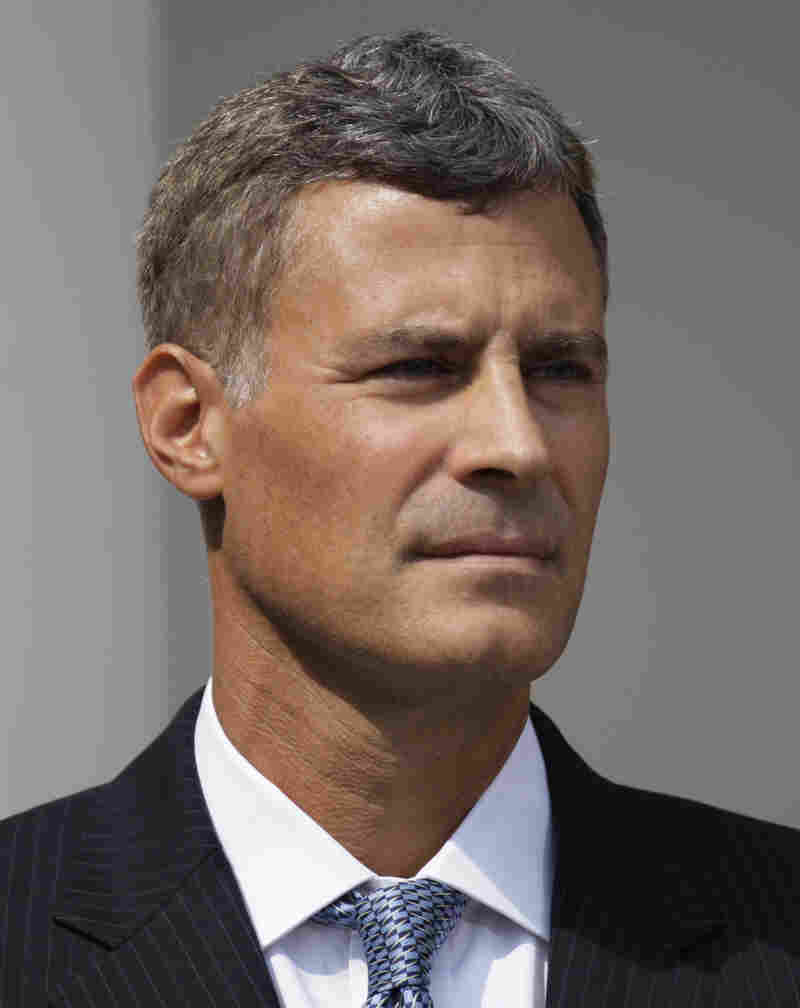 He notes that Columbia Records almost passed on the hit single that Rolling Stone later called the greatest rock 'n' roll song ever. Lucky for us, Bob Dylan's "Like A Rolling Stone" was released. And thanks to modern recording technology, Dylan was able to reach a worldwide audience.

More recently, of course, technology has upended the music business, depressing album sales so artists depend more on concerts to make money. Krueger says that's a big reason concert tickets have gotten more expensive. But as every good scalper knows, many artists still don't charge as much as they could, for fear of breaking an implicit bargain with their fans.

"Along these lines, Tom Petty once said, 'I don't see how carving out the best seats and charging a lot more for them has anything to do with rock and roll,' " Krueger says.

He says for much of the last century, the whole U.S. economy was governed by a similar "social compact" — the idea that economic gains should be widely shared. He argues the philosophy was reinforced in the decades after World War II by a progressive tax system, labor unions and a rising minimum wage.

Since then, top earners have seen their incomes skyrocket, while the middle class has been treading water, and those at the bottom of the income ladder have actually fallen a few rungs.

Not surprisingly, as an adviser in a Democratic White House, Krueger advocates policies designed to mitigate that trend. He says a stronger middle class would not only fuel more economic growth but also promote more equal opportunity. Otherwise, he says, the next Bob Dylan, Tom Petty or Bruce Springsteen might never get his hands on a guitar.