Accessibility links
Wisconsin's Walker Downplays Presidential Buzz : It's All Politics A year after he survived a recall attempt, Wisconsin Gov. Scott Walker is a folk hero among many conservatives and often talked of as a presidential contender in 2016. Walker dismisses that talk, but he has taken steps that hint at national ambition. 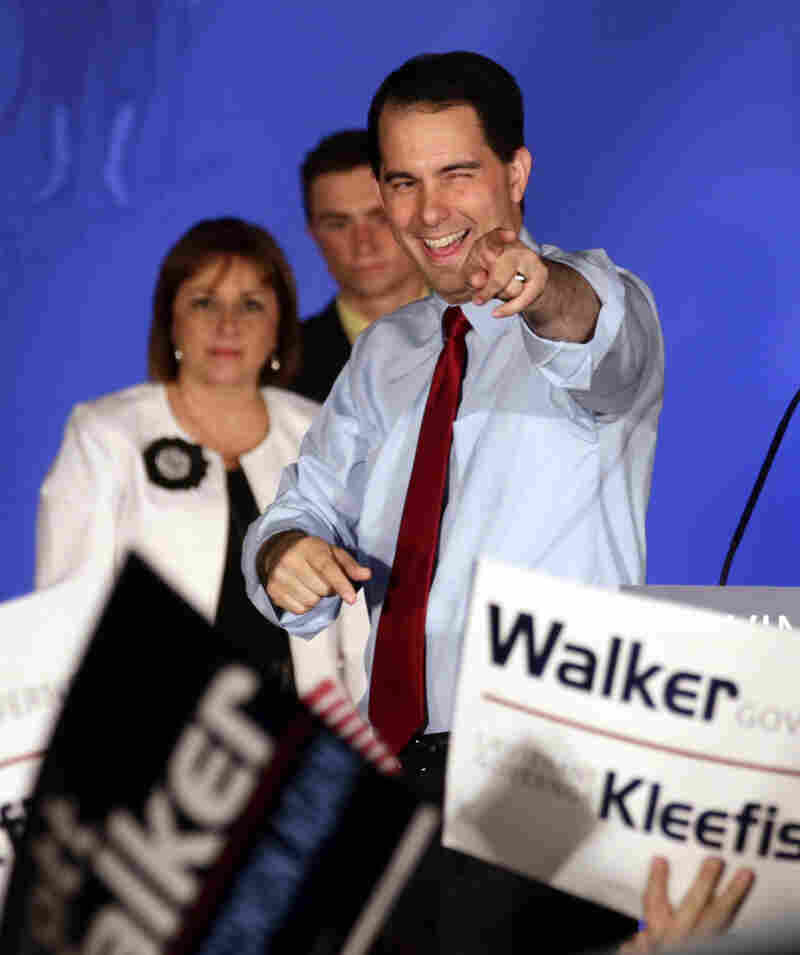 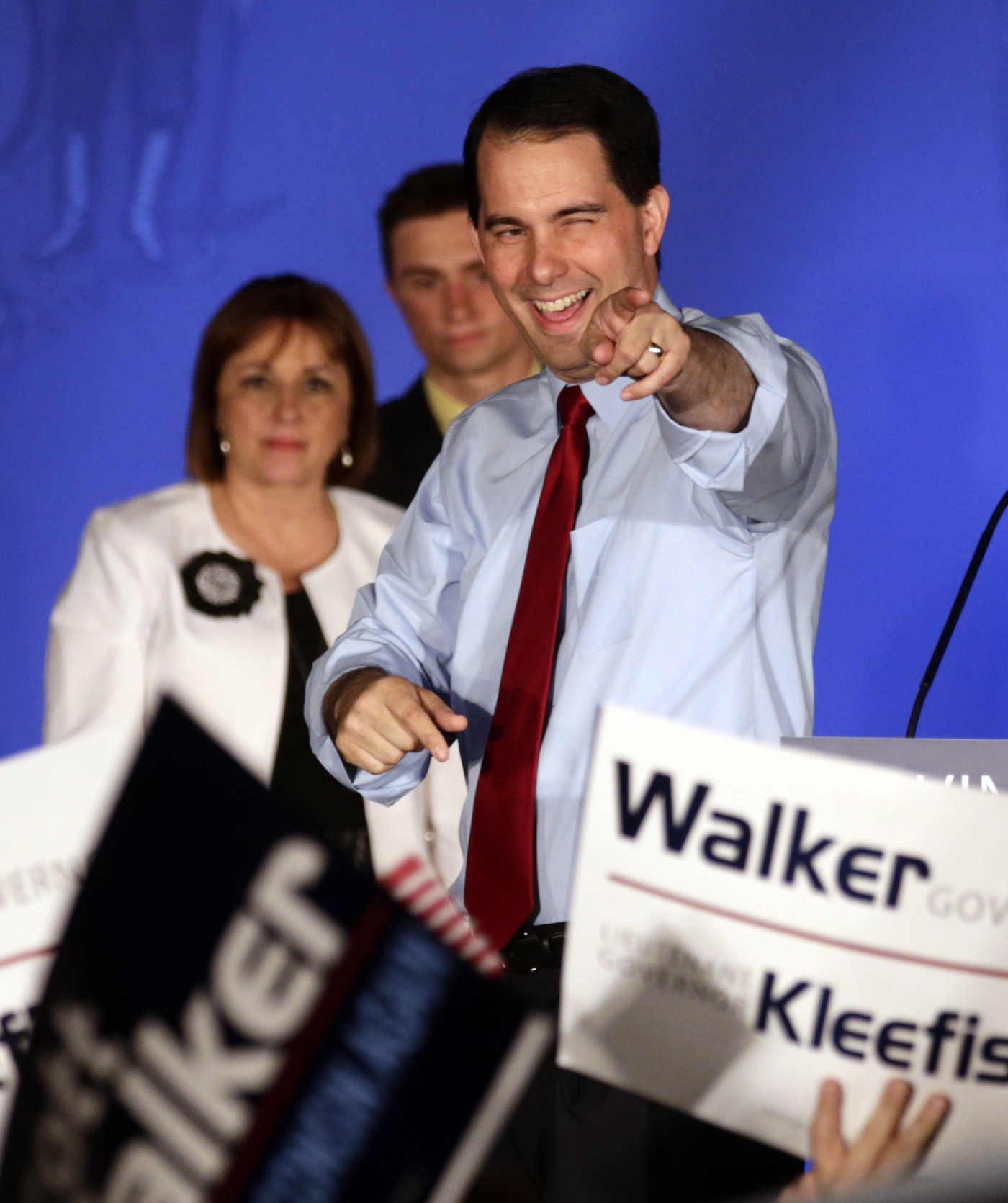 A little more than a year ago, Wisconsin Republican Gov. Scott Walker survived a recall election after an epic battle with unions that gave him folk-hero status with many conservatives. Some political observers now consider him a presidential contender.

But Walker is downplaying that talk, even as he takes steps that hint at national ambition.

Although the state Legislature hasn't yet passed his latest budget, Walker is already touring the state on a victory lap. At a recent stop in Milwaukee, he explained Wisconsin's publicly funded private school voucher program and his negotiations with lawmakers who were at first skeptical of vouchers.

To make his point, Walker invoked President Reagan: "He said: What do you call someone who's with you 80 percent of the time? You call him your ally."

But to say Walker only got 80 percent of what he wanted might be selling him short. Walker wanted vouchers in nine new school districts. The deal he cut would allow for a slow expansion of vouchers statewide.

It's one of many issues where Walker has mostly gotten his way with the help of a Republican-controlled Legislature.

Democratic state Sen. Bob Jauch, who has served in the Legislature for three decades under governors from both parties, says the Wisconsin government of today is different from any he's ever known.

"The majority party sees their role as conquerors instead of compromisers," he says.

Last week, Walker said he would sign a bill that would require women seeking an abortion to get an ultrasound.

And in a state that has traditionally expanded Medicaid coverage, the governor has gone to great lengths to reject "Obamacare." He wants to turn down federal money to expand Medicaid through the Affordable Care Act — a move that will cost Wisconsin hundreds of millions of dollars over the next several years.

"The state of Wisconsin wants to see the president doomed and hopes that they'll see another one groomed," Barnes says.

Democrats here constantly play up the idea that Walker is focused more intently on running for president in 2016 than on governing the state. He dismisses that.

But there are signs: The governor is writing a book. He was the keynote speaker recently at an Iowa fundraiser. And he's kept up an aggressive out-of-state speaking and fundraising schedule. Walker also sits squarely atop the list of Republican presidential contenders put together by Larry Sabato of the University of Virginia's Center for Politics.

"Conservatives love the fact that he beat the unions and he beat the media," Sabato says. "That's the way they look at that recall election. He also managed to win what has become a blue state in most elections, certainly presidential elections."

Democrats contend that Walker's economic record should sink, not propel, his political career. Wisconsin trails all its Midwestern neighbors and most of the nation in job growth.

Polls show that Walker still polarizes voters in the state. A year after the recall attempt, his approval rating still hovers around 50 percent. But while Walker is up for re-election in 2014, no Democrats have jumped into the race for governor yet.