Accessibility links
Nina Totenberg Answers Your Supreme Court Questions : It's All Politics Want to know how the justices decide who writes the big opinions? Or when they decide to release them to the public? What about whether the justices hang out after work? Get your answers here. 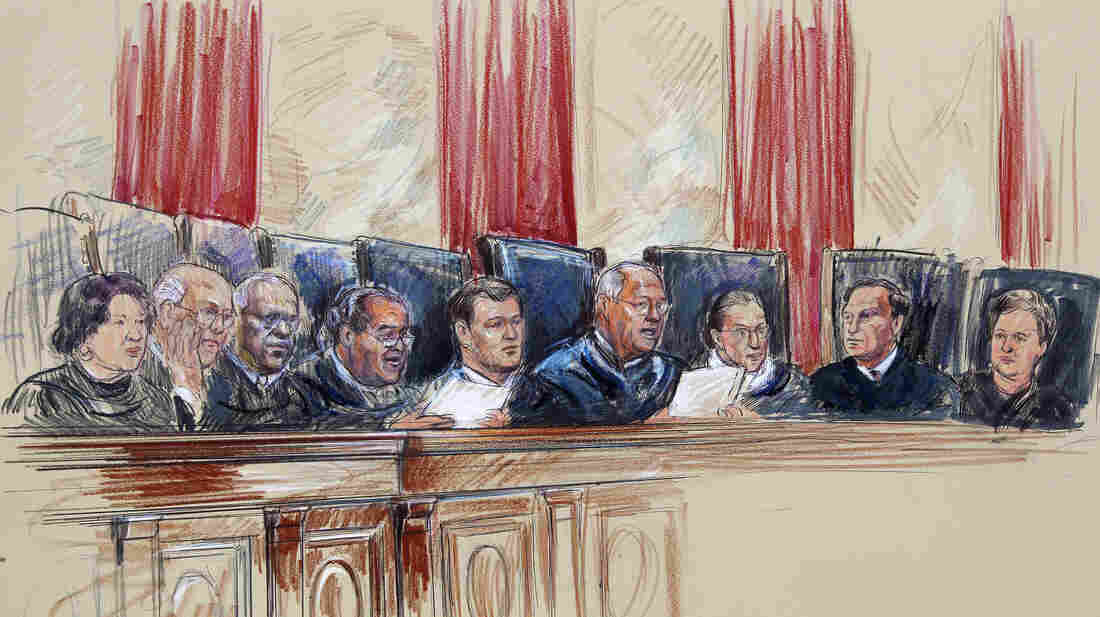 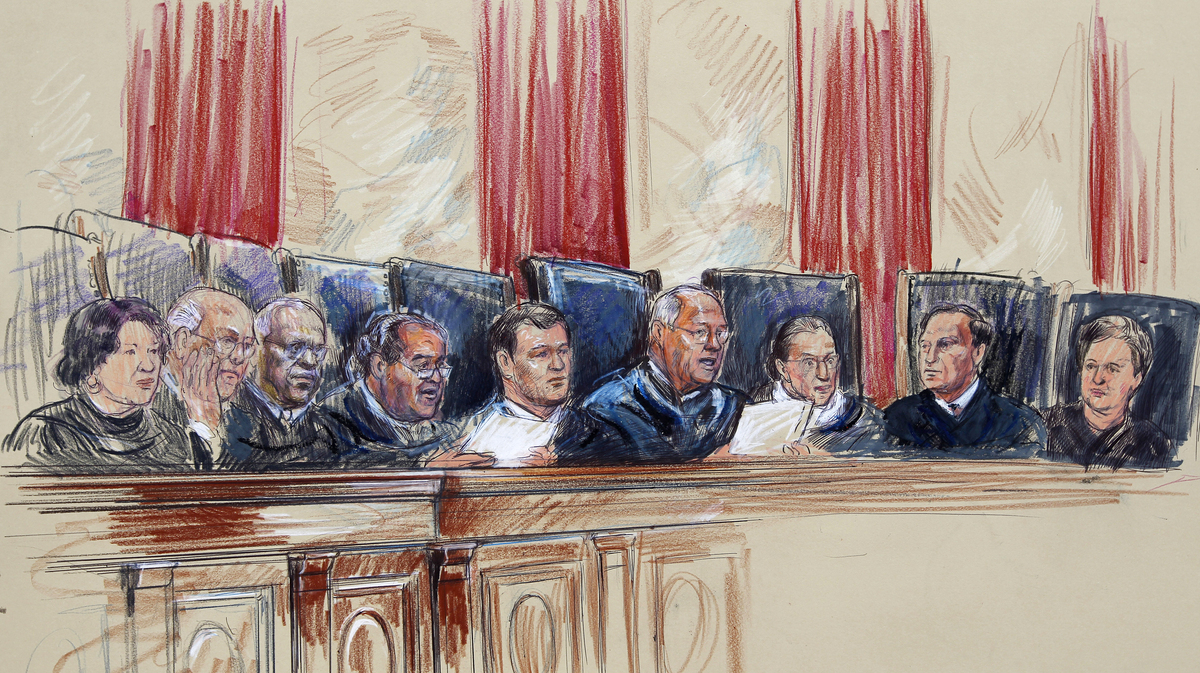 With the Supreme Court expected to hand down big decisions this month — including rulings on voting rights, affirmative action and same-sex marriage — we've been talking a lot behind the scenes about how the court works. So we asked you what you really wanted to know and then got answers from NPR's Supreme Court reporter extraordinaire, Nina Totenberg.

How does the Supreme Court determine what order and dates to release their decisions? -- Dan Wentzel

As the chief justice says, "We release them when they are ready." In other words, when the justices all agree that the majority opinion is finished, and the dissents and concurring opinions are finished. Assuming the opinion can be printed in time, the opinion is then released on the next day the court is sitting. At this time of year, the court typically adds days to its schedule.

Do the justices get together and discuss cases before each renders an opinion? How do they let each other know what their final opinions are? How is it decided who writes the majority opinion and who, if anyone, writes dissenting opinion(s)? — Wes Brown

After the briefs are filed, and the case is argued, the justices meet that week in conference. Nobody else is there. They discuss each argued case and vote. This is only a tentative vote, and from time to time a justice, or more than one, will change his or her mind. But that is relatively unusual. If the chief justice is in the majority, he assigns the opinion. If he is not, then the senior justice in the majority makes the assignment. So, if you look at the Arizona voting case this week, the chief justice was in the minority; the senior justice would have been Antonin Scalia, and in this case, he assigned the opinion to himself.

The dissenters usually agree among themselves who will write for them.

Once an opinion is assigned, the justice who gets the assignment spends considerable time, usually about four weeks, writing an opinion in chambers. It may go through many drafts there before being circulated to the other justices. And then the fun begins. The work is almost all in writing, with each justice writing to the author what his problems may be with the circulated draft. And each time the author writes a new draft, it is circulated to everyone. Eventually, in most cases anyway, four or more other justices agree to join the circulated draft, adding up to a court majority of five or more.

In the process, there often is quite a battle in the text between the majority author and the dissenters, with each answering each other's arguments.

How much of the writing is done by clerks and how much by the justices themselves? — Andy Gerschutz

It depends. Some of the best writers on the court — for example, Justice Scalia — make no secret of the fact that the first draft in chambers is written by a law clerk, on instructions from the justice as to what the opinion is to say. But the subsequent drafts, rewritten and reworked by the justice, often bear little resemblance to the first draft. Whatever the process in chambers — and it is up to the individual justice how he or she arranges the work of the office — you can be sure that the final product represents the ideas, and usually the writing style, of the justice. There are some justices whose writing is so unique to themselves that I think I could tell the author even if his or her name was not on it. The analogy is to an opera singer. The notes (here, basics) may be the same, but not the way they are sung.

Do the justices hang out together when they are not in session? As in, are they friends? — @JoeWalberg

I think each considers the other members to be friends, of a sort. They don't hang out together much. They live together at work for life, and that is, for the most part, enough. They certainly see each other at social functions and sometimes do things together, but not often.

Technically, they are not required to recuse themselves because the judicial ethics rules do not all apply to the Supreme Court. But, with few exceptions, they treat the ethics rules as if they were in fact binding. There are many different kinds of ethics rules, but, for example, justices who have investments and stocks keep records of them and recuse from any case involving one of their investments. Even one share of stock would mean recusal. Because of this, many justices try to invest in large funds that do not provide direct conflicts.

When a justice recuses from a case, the reason is not announced. Just the recusal is announced.

Just as Congress makes its own rules, so does the Supreme Court. The justices have different explanations for why cameras are excluded, but even some justices who initially favored cameras have come to believe that it would make the court into too much of an infotainment spectacle, with oral argument snippets being taken out of context and misunderstood on everything from a 60-second news report to The Daily Show. Another reason some have cited is security. Justices, for the most part, lead regular lives, shop alone in the supermarket, and drive themselves to work. Given the ivory tower they live in, that probably is a good thing. But if their faces were on TV all the time, they very likely would have to have much more personal security, further isolating them from regular life.

The court, in an effort to be more transparent, does now post the audio of all arguments online, on Friday of the week in which the case is argued. And occasionally, the court, in very big cases, does agree to release same-day audio.

Why can't I publicly demonstrate my views at the Court anymore? — Jenn Phalen

You can demonstrate on the sidewalk adjacent to the plaza but not on the plaza itself. Both are right in front of the court. And that has been the rule for a very long time.