Accessibility links
IRS Chief: No Evidence Of 'Intentional Wrongdoing' So Far : It's All Politics Danny Werfel, the new acting chief of the IRS, said the "be on the lookout" list used to flag Tea Party groups for extra scrutiny wasn't the only list the agency had been using.

IRS Chief: No Evidence Of 'Intentional Wrongdoing' So Far

IRS Chief: No Evidence Of 'Intentional Wrongdoing' So Far 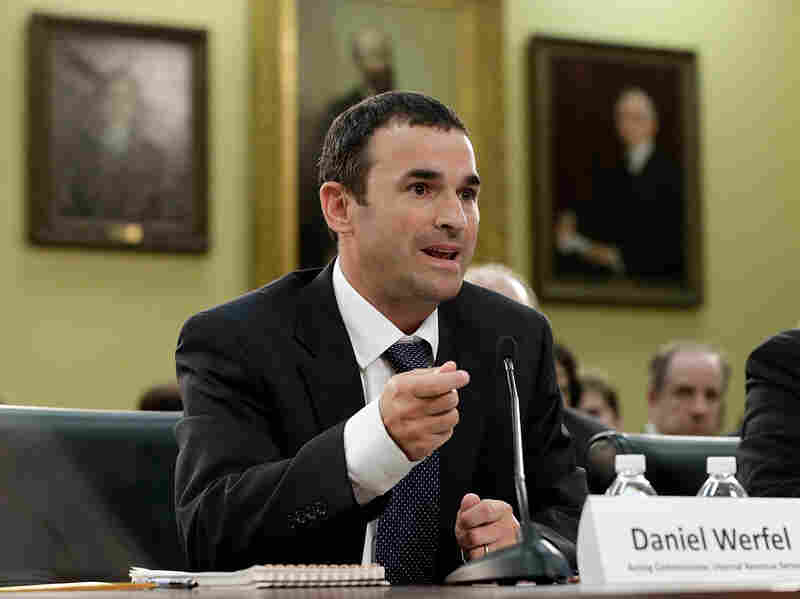 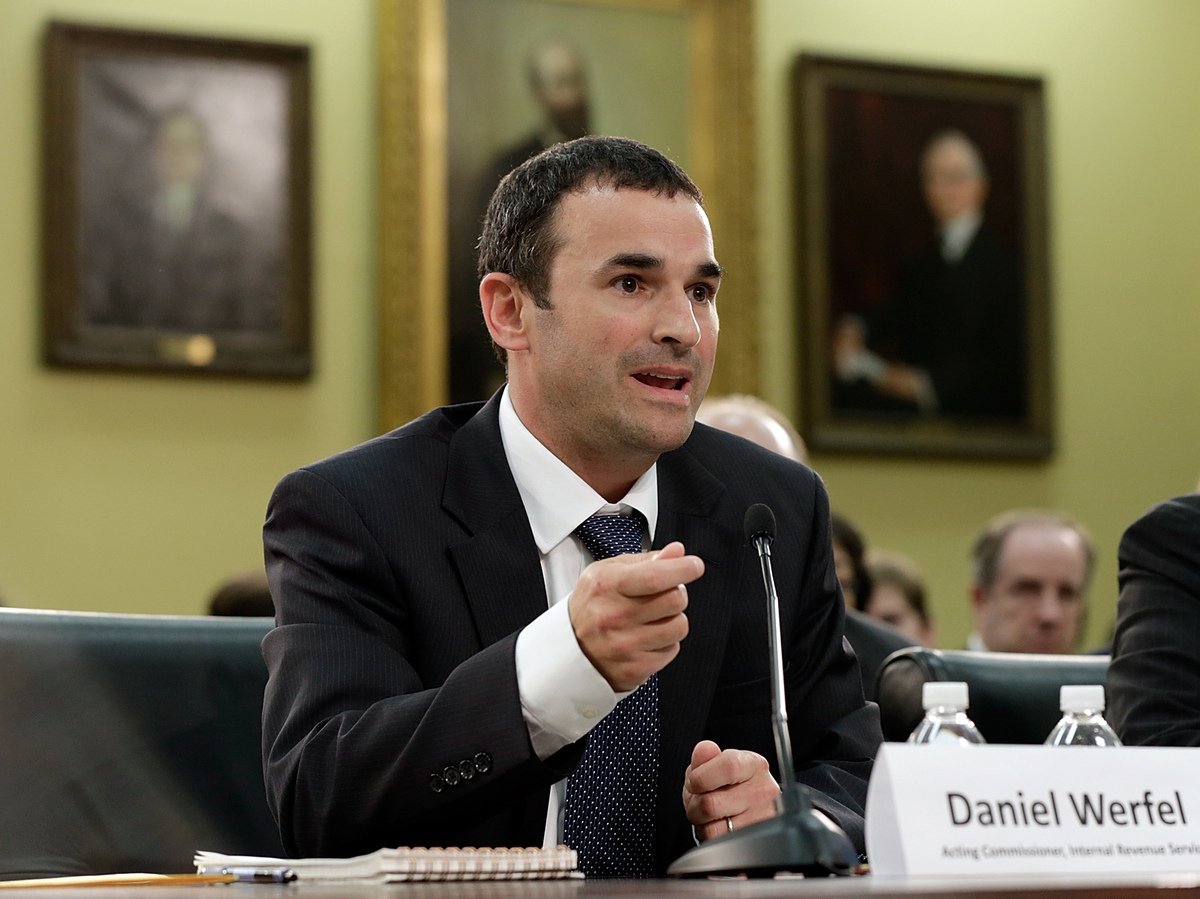 That "be on the lookout list" used to flag Tea Party groups for extra scrutiny of their tax-exemption applications?

It turns out it wasn't the only one the Internal Revenue Service had been using.

There were also other lists, covering a "broad spectrum" of categories and cases, according to a preliminary IRS report released Monday.

"Once we came to that conclusion, we took immediate action to suspend the use of these lists in the Exempt Organizations unit within IRS," said Danny Werfel, the new acting chief of the IRS, in a conference call with reporters.

Werfel said he hopes to be able to release more information about the sorts of other groups that were being flagged in the coming days, but that he could not until the documents were scrubbed of details that could identify groups by name, which privacy laws prohibit.

Werfel also said that his review so far hasn't found any evidence of unintentional wrongdoing by any IRS employee, nor any influence by entities outside the IRS in the actions of the exempt-organizations office in Cincinnati. "I'm not providing a definitive conclusion that no intentional wrongdoing occurred. What I'm suggesting is that based on the ongoing review to date, no evidence has yet surfaced," he said.

Werfel replaced former acting IRS Commissioner Steven Miller last month after revelations that the IRS had pulled aside groups with "Tea Party," "patriot" or "9/12" in their names for extra scrutiny. That, combined with bureaucratic stumbles, forced some groups to wait years to get an answer on their applications. Nonprofits often seek IRS approval to make it easier to solicit donations as well as guarantee those donors that their names will be kept secret from the public.

In Monday's half-hour call, Werfel said the manager at every level in the organizational chart having to do with the exempt organizations had been replaced. "We believe that these individuals should no longer hold a position of public trust within IRS, and therefore we've replaced the leadership in those areas," he said.

For groups still awaiting an answer on their applications as 501(c)(4) "social welfare" organizations, Werfel said the IRS has created a new, fast-track process. This allows those waiting more than 120 days to fill out a form on which they promise not to engage primarily in politics and then start operating as a tax-exempt group.

Groups set up as social welfare organizations have always had that option available, rather than seeking formal approval from the IRS, Werfel pointed out. (Charities seeking 501(c)(3) status, which, unlike social welfare groups, can offer donors a deduction on their federal taxes, are required to seek pre-approval from the IRS.) If a subsequent audit shows too much politics or other legally impermissible activity, the IRS could then revoke that status — just as it can now.

Werfel is the sole witness scheduled to appear before the House Ways and Means Committee hearing on the issue on Thursday. Both the House and the Senate have ongoing inquiries into the matter.

To date, leaked transcripts from House interviews of IRS Cincinnati employees portray an environment of unclear guidelines and uneven management, rather than a concerted, politically motivated effort.

Werfel said that he hopes a planned Treasury Department analysis of how tax-exempt organizations are reviewed will help create standardized guidelines in the future. "Clearly this issue associated with some ambiguity in the regulation that governs this area contributed in part to these problems," he said.

Werfel's assurances Monday, though, did not satisfy the IRS's leading inquisitor in the House, California Republican Darrell Issa, chairman of the House Oversight and Governmental Reform Committee. "As investigations by Congress and the Justice Department are still ongoing, Mr. Werfel's assertion that he has found no evidence that anyone at IRS intentionally did anything wrong can only be called premature," Issa said in a statement Monday. "Only through continued cooperation with ongoing Congressional and Justice Department inquiries can IRS make a meaningful claim that it is trying to regain the trust of the American people."