Accessibility links
Inspector General Changes Tune On IRS Scandal : It's All Politics The IRS inspector general now has a different account of what investigators knew about the ideologies of the groups that underwent extra scrutiny as they sought tax-exempt status. 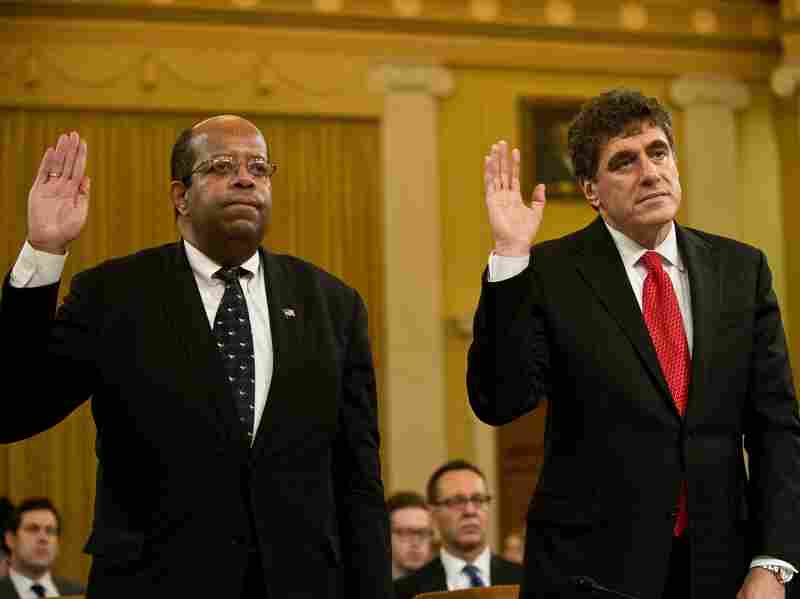 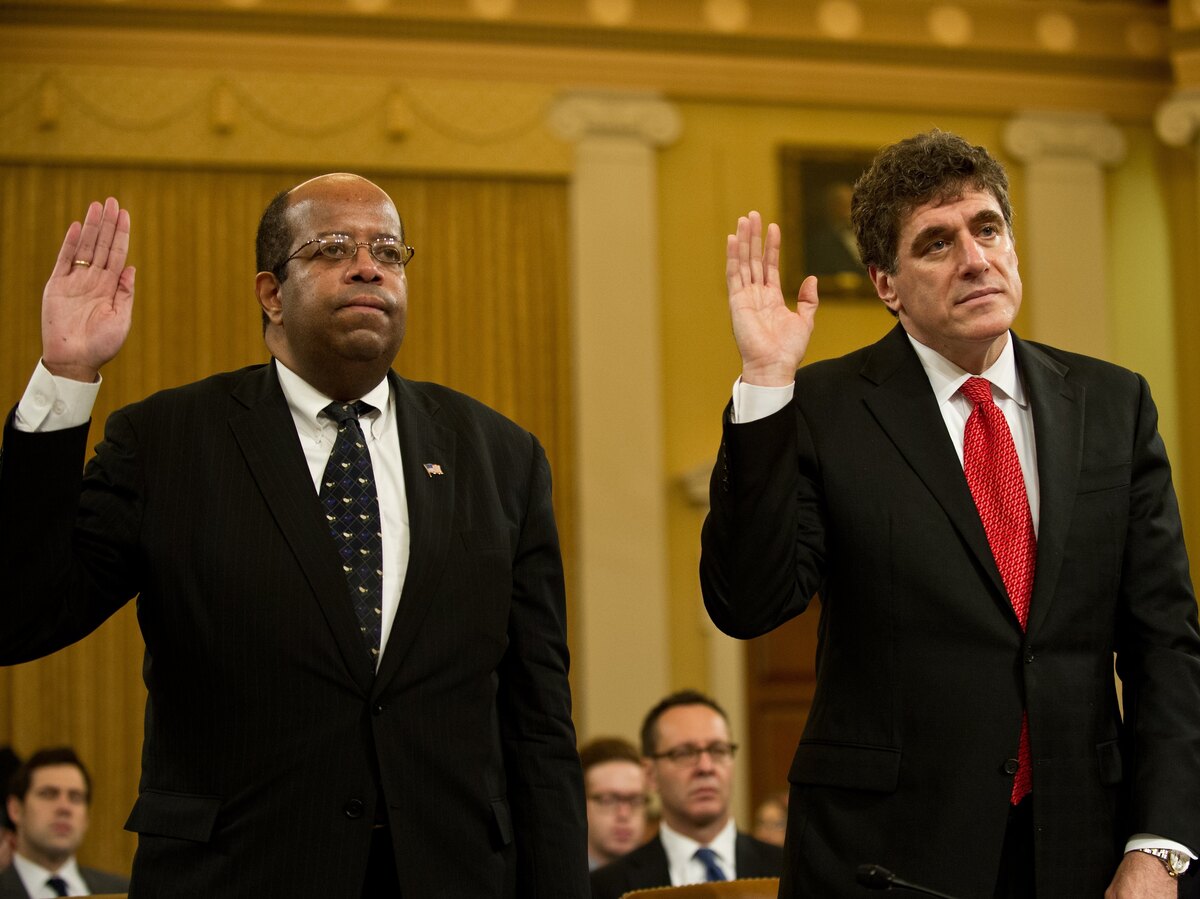 Changing its story. Walking it back. Clarifying.

Whatever you call it, the IRS inspector general now has a different account of what investigators knew about the ideologies of the groups that underwent extra scrutiny as they sought tax-exempt status.

Inspector General J. Russell George explained in a letter released Thursday morning that investigators knew all along "progressives" were listed in documents used by IRS agents to screen applications.

But "we found no indication," he wrote, "that 'Progressives' was a term used to refer cases for scrutiny for political campaign intervention."

The letter, addressed to Rep. Sander Levin, D-Mich., the ranking member on the House Ways and Means Committee, directly contradicts statements made Tuesday to NPR and a number of other media outlets by a spokeswoman for the inspector general.

On Tuesday the spokeswoman said the treatment of progressive groups was outside the scope of the audit requested by House Oversight Committee Chairman Darrell Issa, R-Calif.

What changed? We don't know. The letter ends by saying, "Many of these press reports are not accurate." But notably, agency officials aren't claiming they were misquoted.

The audit, released last month, set off a political firestorm by charging that the IRS systematically targeted Tea Party groups, subjecting them to excessively long wait times and unnecessary questioning about their donors and their beliefs.

The spokeswoman told NPR, which called back to verify the accuracy of the quotes, that the inspector general was only asked to look at the targeting of Tea Party groups. The letter now asserts that the scope was much broader. "We reviewed all cases that the IRS identified as potential political cases and did not limit our audit to allegations related to the Tea Party."

At issue are a series of spreadsheets known at the IRS as "Be On the Lookout" notices, or BOLOs. They were used by IRS agents as a guide as they sorted through thousands of applications for tax-exempt status.

While the inspector general's audit said the BOLOs targeted Tea Party groups for extra scrutiny, it made no mention of progressive groups. On Monday, Levin's office posted 15 redacted BOLOs, and most of them list "Progressives" as well as "Tea Party."

The BOLO entry for "Progressives," in fact, stated explicitly that in the IRS's view, these groups were overtly political: "Common thread is the word 'progressive.' Activities appear to lean toward a new political party. Activities are partisan and appear as anti-Republican. You see references to 'blue' as being 'progressive.' "

When asked why the audit didn't mention the flagging of progressive groups, on Tuesday the spokeswoman said, "[Treasury Inspector General for Tax Administration] was not aware of any BOLOs listing progressive organizations when it conducted its review."

The Thursday letter to Levin says something very different: "The 'Progressives' criteria appeared on a section of the 'Be On The Look Out' (BOLO) spreadsheet labeled 'Historical,' and, unlike the other BOLO entries, did not include instructions on how to refer cases that met the criteria."

Translation: While the Tea Party entry told agents to send all the cases to a specific person who was working those files, the spreadsheet columns where instructions would be listed were blank for the "Progressives" entry.

The letter further muddles what had already become a mess of selective information releases, partisan bomb-throwing and rhetorical hyperbole. But it makes it clear the inspector general believes Tea Party groups did have it worse than progressives. It also makes it clear progressive groups were among those that got added scrutiny as potential political cases.

Partisans on both sides claimed Thursday's letter as vindication. House Republican aides circulated it, saying the letter proves progressives weren't targeted. Meanwhile, Democrats from the House Ways and Means Committee said the omission of progressive groups means the inspector general's audit was fundamentally flawed, and they're asking the committee chairman to call George back to testify.

At a committee hearing this morning, one Democrat pointed out that George was nominated to be inspector general by former President George W. Bush.