Accessibility links
Gov. Rick Perry Will Keep Texas Guessing. Until Monday : It's All Politics Gov. Rick Perry is expected to answer the question of whether he'll run for re-election to a fourth term when he meets with supporters Monday. 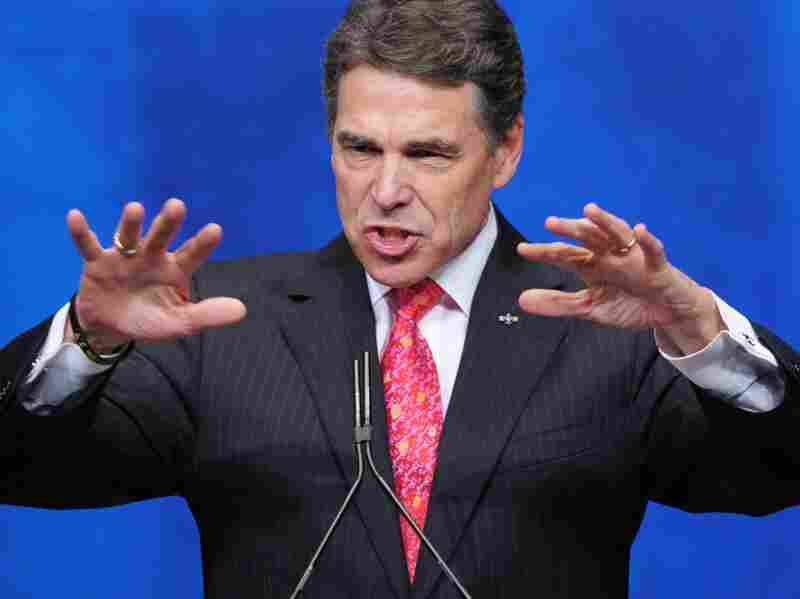 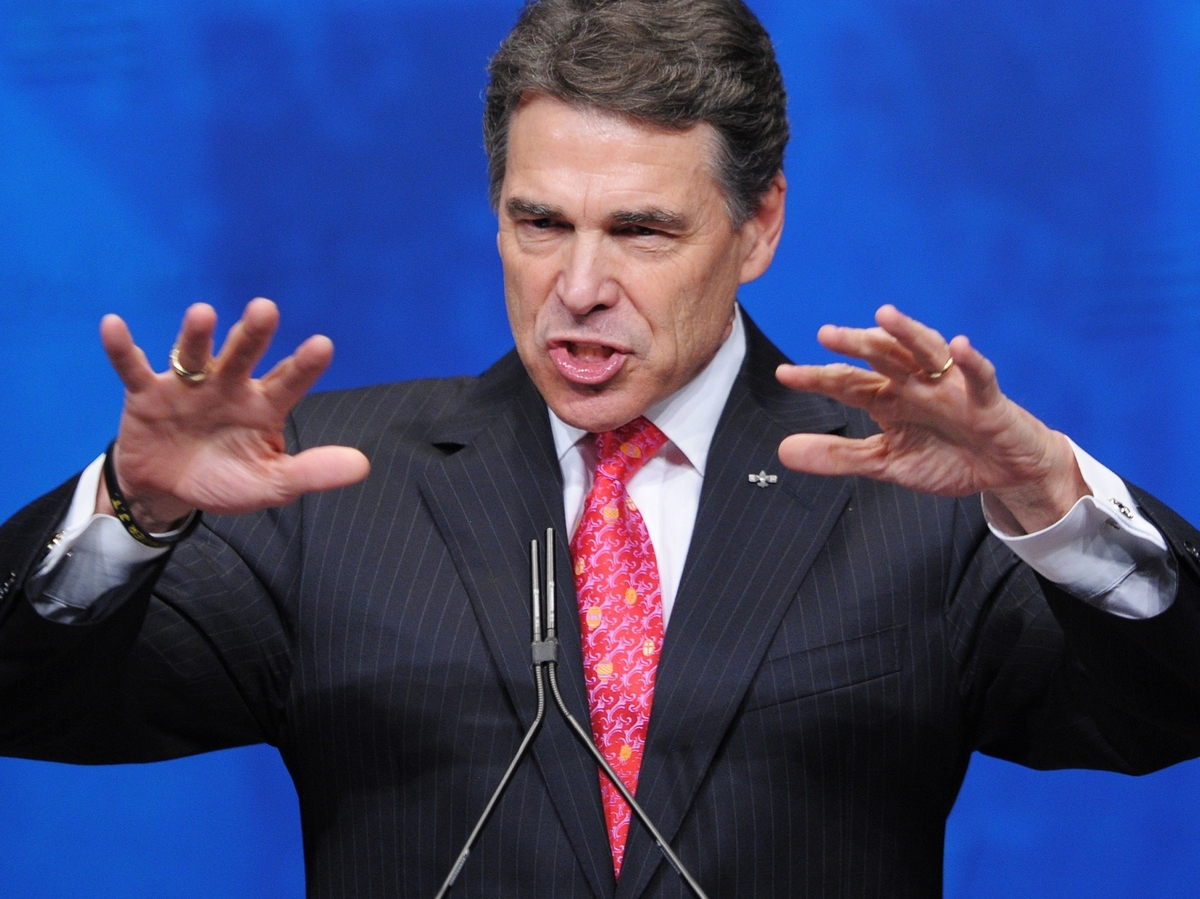 Will he or won't he?

CNN was first to report that Perry, governor since 2000 when George W. Bush resigned to become president, invited via email friends and supporters to San Antonio Monday for the announcement.

The conventional wisdom had been that Perry, who damaged his brand with his highly anticipated but ultimately disastrous foray into presidential politics, would not seek to extend his record as the nation's longest-serving governor.

The ground, however, has shifted for Perry over the past few months. Polls show that his standing among Texas voters — and in particular, the GOP base — has improved. And Davis' successful filibuster of a Perry-supported restrictive abortion bill hasn't just animated Democrats.

"Events of the past week have energized activists in both parties," says Harold Cook, former executive director of the Texas Democratic Party.

But Cook is among Texas politicos who don't think Perry plans another run for governor.

"There are no signs of a big staff-up, no lining up office space, and I don't believe that he has spent the last six months secretly running for governor," Cook says.

That being said, Cook and others note that if Perry gets perturbed about something he has no compunction about changing his mind.

Let's not forget, they say, the 2010 election when then-GOP Sen. Kay Bailey Hutchison seemed a bit too eager to usher Perry out of the governor's office. Perry ended up soundly defeating her in a primary.

"I think the odds of Rick Perry running for re-election are far greater now than they were two weeks ago," says Jason Stanford, a Texas Democratic political consultant. "He would love to have this fight about abortion, and he doesn't want to look like a girl scared him away."

"Not that he's particularly sexist, but he has been in charge for so long, he doesn't want to look like he got shoved off the stage," Stanford says.

"Up until a week ago, I thought he wouldn't run for re-election," Mackowiak said. "Now, it's less predictable."

Perry no doubt is also weighing how he can best position himself for 2016, when most who know and have followed him say he is likely to try again for the GOP presidential nomination.

"Perry wants one more shot, one more title shot," Mackowiak says. "Generally, if you run once, you run again. I think he wants to redeem himself, and redeem how people view the Texas story."

We'll know Monday whether Perry wants to tell that story in 2016 as the longest-serving governor in the nation's biggest red state, or not.