Accessibility links
Despite Youth Support, Democrats Having A Senior Moment : It's All Politics For a party that's running up big margins with younger voters, Democrats are awfully gray at the top.

Despite Youth Support, Democrats Having A Senior Moment

Despite Youth Support, Democrats Having A Senior Moment 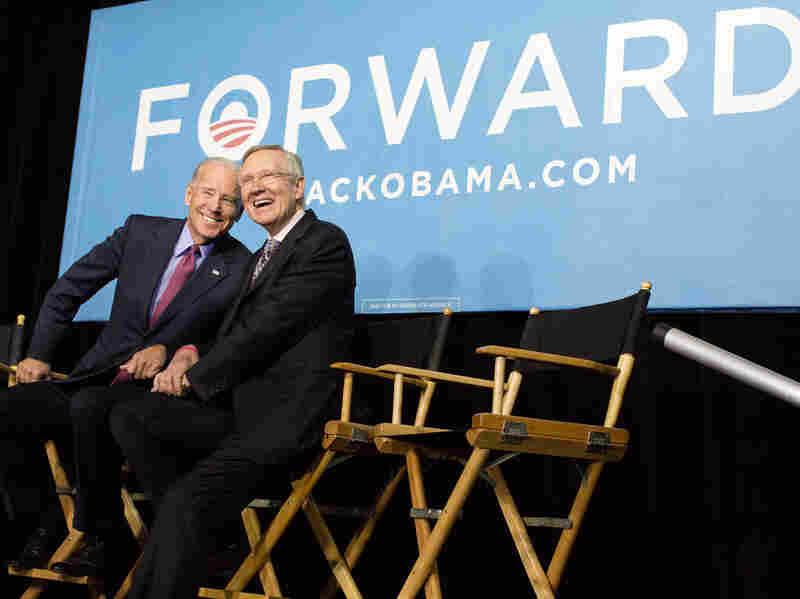 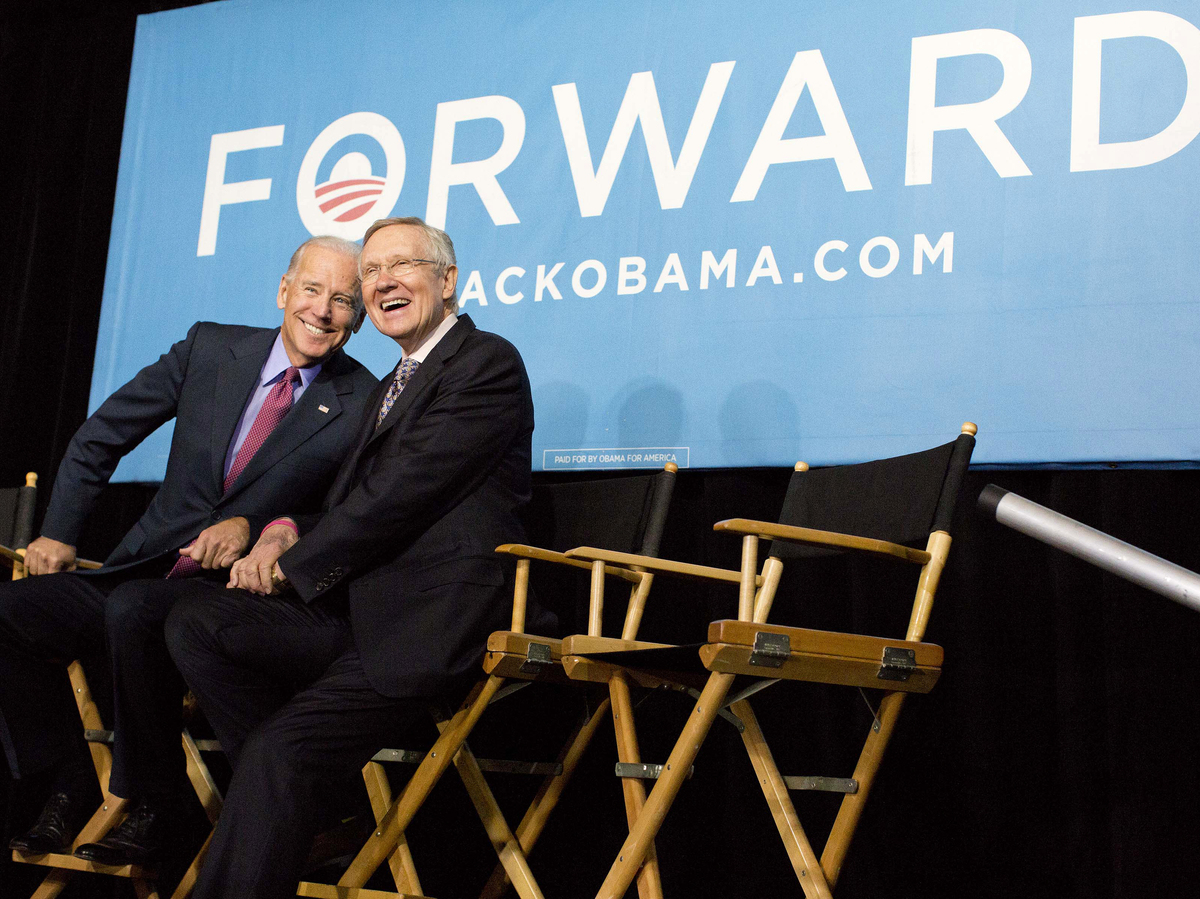 Vice President Biden (left) and Senate Majority Leader Harry Reid of Nevada react to cheers from the crowd at a campaign rally on Oct. 18, 2012, in Las Vegas.

Democrats aren't getting any younger. At least, their top leaders aren't.

Voters under the age of 30 were key to President Obama's electoral success. But Obama's going gray and his most prominent potential successors aren't paragons of youth.

Hillary Clinton, who would be the presumptive Democratic favorite for president the minute she decided to run, will be 69 in 2016. Vice President Biden is already 70.

Overall, the average age of Democrats in Congress tops 60, with the party's caucuses in both the House and Senate skewing older than the Republicans.

"Their leadership is out of step with their base," says GOP consultant David Carney. "It's also very white and main-line religious."

Despite all this, Democrats harbor little doubt that they can continue to run up big margins among young voters.

The party has been an easier fit for a generation that tends to be more liberal than the country as a whole on social issues such as gay marriage and abortion, as well as the role the federal government ought to play in American life.

"What has attracted young people to the Democratic Party has much more to do with ideas and ideology than it does with personalities," says Scott Keeter, a pollster at the Pew Research Center.

Obama, who was 47 when he first took office, depended on the youth vote, particularly in his re-election effort.

His share of the vote of those under 30 actually slid from 66 percent to 60 percent between 2008 and 2012, but young voters made up his margin of difference in essential states such as Florida, Pennsylvania, Ohio and Virginia.

"It didn't hurt that Barack Obama was younger and energetic," Keeter says. "He was able to use not only his personal qualities but his affinity for technology and new ways of organization to his advantage in building a strong base of support among young people."

But, Keeter points out, the Democratic advantage among young people predates Obama's rise. Democrats carried younger voters in both 2004 and 2006.

Younger voters are more likely to be liberal and identify themselves as Democrats than the population as a whole. Nearly two-thirds of those under 30 favor same-sex-marriage rights and keeping abortion legal in most cases, according to exit polling last November — much higher numbers than among those who are older.

"The other side happens to be full of younger faces with old ideas," says Mo Elleithee, a Democratic consultant who worked on Clinton's 2008 campaign.

One big factor playing in the Democrats' favor is the fact that more young people today are made up of racial and ethnic minorities than has been true in the past. Groups such as Hispanics and African-Americans are giving Democrats heavy support.

But Republicans have not yet found the secret sauce that can break their losing streaks with minorities or young voters.

They can boast of more governors and senators who are in their 40s than Democrats (as well as more prominent politicians who belong to minority groups), but that hasn't been enough to woo those under 30.

"Paul Ryan is a young guy" — the Wisconsin representative was 42 when he served as the GOP's vice presidential pick in 2012 — "but he didn't do well with young voters because of his ideas and his vision," Elleithee says.

"I don't think the actual age of the candidate is a big deal for youth," he says.

But voters often do like to support people who look like them. When it comes to younger national prospects, Democrats don't have a deep bench.

Even the party's younger presidential hopefuls — Govs. Andrew Cuomo of New York and Martin O'Malley of Maryland — are in their 50s. Worse, the party was trounced at the state level in 2010, leaving fewer officeholders to be groomed for the future.

Look for the party to showcase Newark Mayor Cory Booker, who is 44, if he wins election to the Senate from New Jersey this fall.

The question going forward, Levine says, is not whether Democrats will field youthful candidates but can they hang on to their "huge advantage" among younger voters.

There may be some erosion, but at this juncture, the evidence suggests Democrats remain in a stronger position than the GOP.

"We can't ever take it for granted," Elleithee says. "Having said that, I would rather be us than the other side when it comes to the discussion with young voters. Their sell is a harder one than ours is."