Accessibility links
How To Make A Congressman Sweat : It's All Politics An ambitious challenger has raised eyebrows with the amount of money he's already raised against California Rep. Mike Honda. The race is a test of generational and stylistic differences within the Democratic Party.

How To Make A Congressman Sweat

How To Make A Congressman Sweat 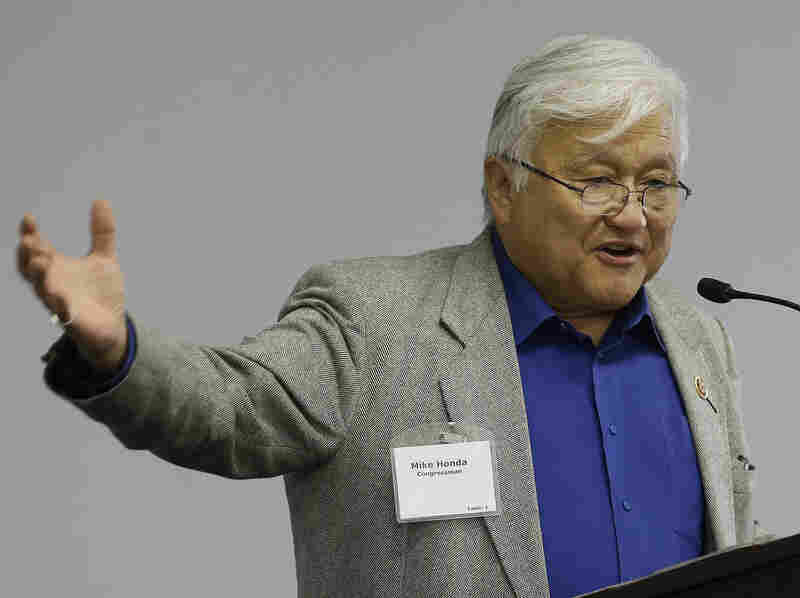 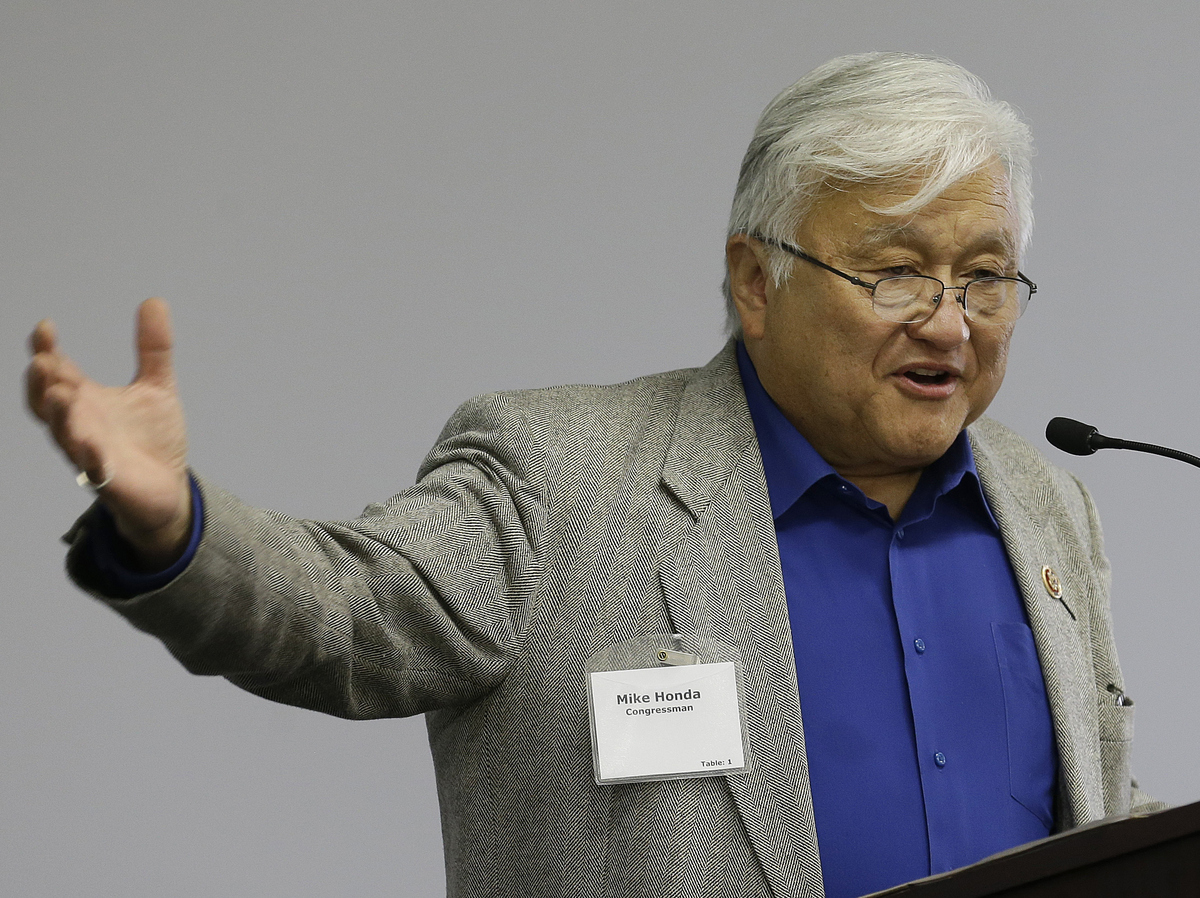 U.S. Rep. Mike Honda speaks during the City of Fremont Legislative Brunch at Tesla Motors in Fremont, Calif., in May.

In January, most members of Congress were catching their breath after a long campaign. Not California Rep. Mike Honda.

Just two months after winning a landslide re-election victory, the veteran Democrat was already busy campaigning for 2014. By the end of February, he had a campaign team in place. And he had lined up endorsements from a list of national Democratic heavyweights, beginning with President Obama.

Last week, Honda's instincts were justified. Khanna proved himself a worthy adversary by doing something extraordinary for a challenger: He reported raising more than $1 million in the most recent quarter.

Since challengers rarely raise more money than incumbents — and almost never by that much — Khanna's achievement caught Washington and California's attention. But that's not the only reason why the race for the Silicon Valley-area seat is shaping up as one of the most fascinating in the nation.

The Honda-Khanna contest is also a test of generational and stylistic differences within the Democratic Party. On the one side, there's the 72-year-old incumbent, a genial, well-regarded, old-school liberal who worked his way up the California political ladder. On the other, there is the upstart, an ambitious 36-year-old intellectual property attorney and former Obama administration appointee who's been gunning for elected office for at least a decade.

What's so threatening about Khanna isn't just how much money he's raised. Rather, it's about who's giving to him.

While Honda calls himself the "congressman of Silicon Valley," Khanna's list of donors includes tech giants like Sheryl Sandberg of Facebook, Marissa Mayer of Yahoo and Sean Parker of Napster and Spotify. In a district that's home to companies like Apple, Facebook, Oracle, Hewlett Packard, Intel and Google, people have noticed.

"[Y]ou can't be the congressman of Silicon Valley and not be able to get the endorsement of major business leaders and major tech and innovation leaders in the district," says Jeremy Bird, the former field director for Obama's 2012 re-election campaign and one of Khanna's consultants. "It's a unique district ... that requires someone that understands manufacturing ... as well as the technology and overall tech sector."

The insinuation, of course, is that the veteran congressman doesn't.

Khanna, who is half Honda's age, is emphasizing what Bird calls "young, fresh ideas" — ideas that are born of California, not D.C., where the congressman has held office since 2001.

But Honda supporters view his experience as an asset, and point to his long record of service in local, state and national office. In an effort to refute the notion that the congressman isn't tech-friendly, his campaign has issued a detailed seven-page report documenting his science and technology accomplishments, playing up his past as a science teacher and leadership in areas like nanotechnology and cybersecurity.

"A lot of the priorities of the tech industry and of our county are not being addressed by Congress in general, but not necessarily because of our congressperson," says David Cohen, a Honda backer who is communications director of the Santa Clara County Democratic Party. "The important issues to the tech community in our area [like immigration reform, fairer taxation and patents] ... are being blocked by the Republican Party right now."

"We released polling early on that showed him with 57 percent of the district supporting him," he says. "The president has said that he's supporting one candidate in this race and that's Congressman Honda, the first candidate that he endorsed in this election cycle."

The president is one of many top Democrats firmly in Honda's camp. He's joined by House Minority Leader Nancy Pelosi, and Mayors Ed Lee of San Francisco and Jean Quan of Oakland, to name just a few.

In any case, it's clear Honda won't be caught sleeping like many veteran politicians facing similar primary election challenges. He's been aggressively raising money himself, traveling to Chicago, New Jersey, New York and Los Angeles in the second quarter alone.

In the congressional district that has the highest number of Asian-Americans in the nation, the Japanese-American Honda is also touting his popularity among "leaders" in the Asian American Pacific Islander community, with endorsements from prominent actors like George Takei and Kal Penn.

But even in the realm of ethnic politics, Khanna, as a first-generation Indian-American, could be competitive as well: California's diverse 17th District is also home to the highest number of Indian-Americans in the nation.