Accessibility links
5 Memorable Nicknames And The Politicians They Stuck To : It's All Politics Virginia gubernatorial candidates Terry "The Macker" McAuliffe and Ken "Cooch" Cuccinelli may not have much in common politically, but they both do have catchy nicknames. As they meet for their first debate on Saturday, here's a look back at a few other notable political sobriquets.

5 Memorable Nicknames And The Politicians They Stuck To

5 Memorable Nicknames And The Politicians They Stuck To

The race for governor in Virginia is attracting national attention for several reasons. It pits a former Democratic National Committee chairman against a conservative attorney general who helped lead the charge against President Obama's health care law. It's also one of the few high-profile statewide races happening this year, which means it will be closely watched for insights into the national mood ahead of the congressional midterm elections of 2014.

And it features two colorful characters who also happen to have catchy nicknames used by friends and opponents alike: Democrat Terry "The Macker" McAuliffe and Republican Ken "Cooch" Cuccinelli.

As the two men meet for their first debate on Saturday in Hot Springs, Va., we decided to take a look back at a few other politicians whose names lent themselves to memorable sobriquets. 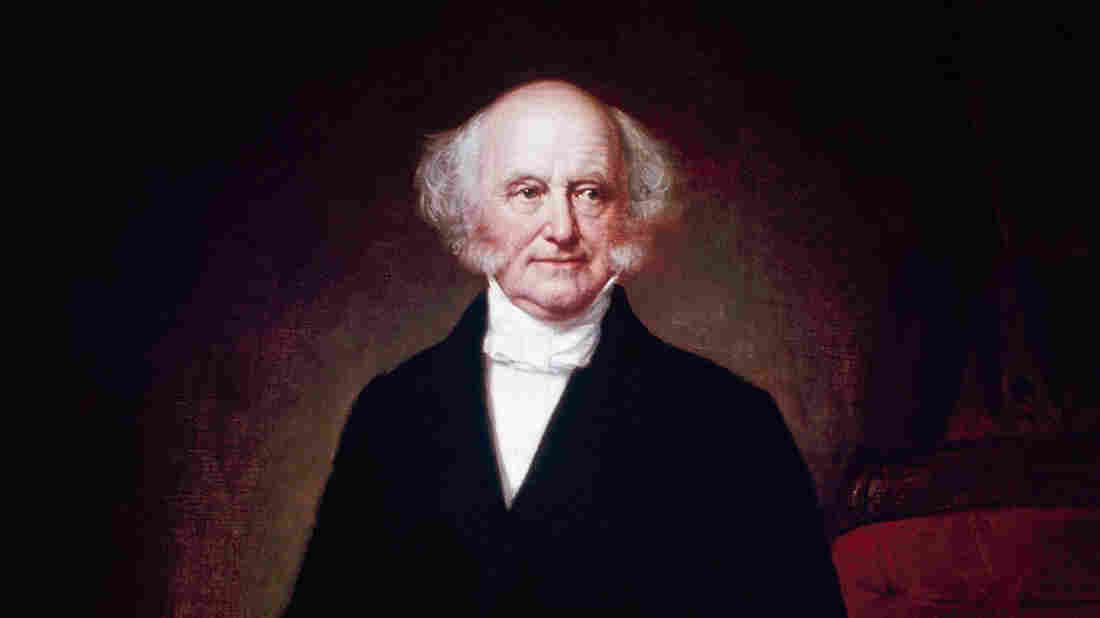 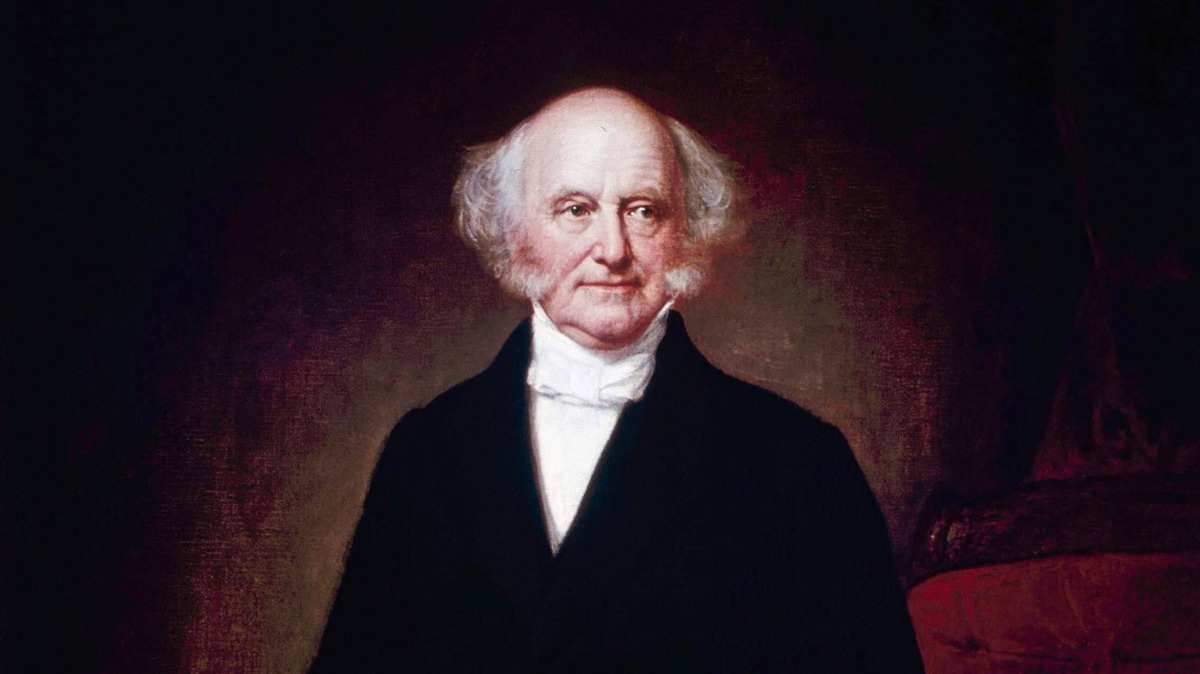 Martin Van Buren, the eighth president of the United States.

Nicknames in politics are nothing new, of course. Take, for example, the nation's eighth president. Not long after he was elected, Martin Van Buren had to deal with a collapsing economy. The Panic of 1837 was followed by "a depression of unprecedented severity," notes the U.S. Senate Historical Office.

The president's critics blamed him for the economic woes — and, to them, he became Martin Van Ruin. 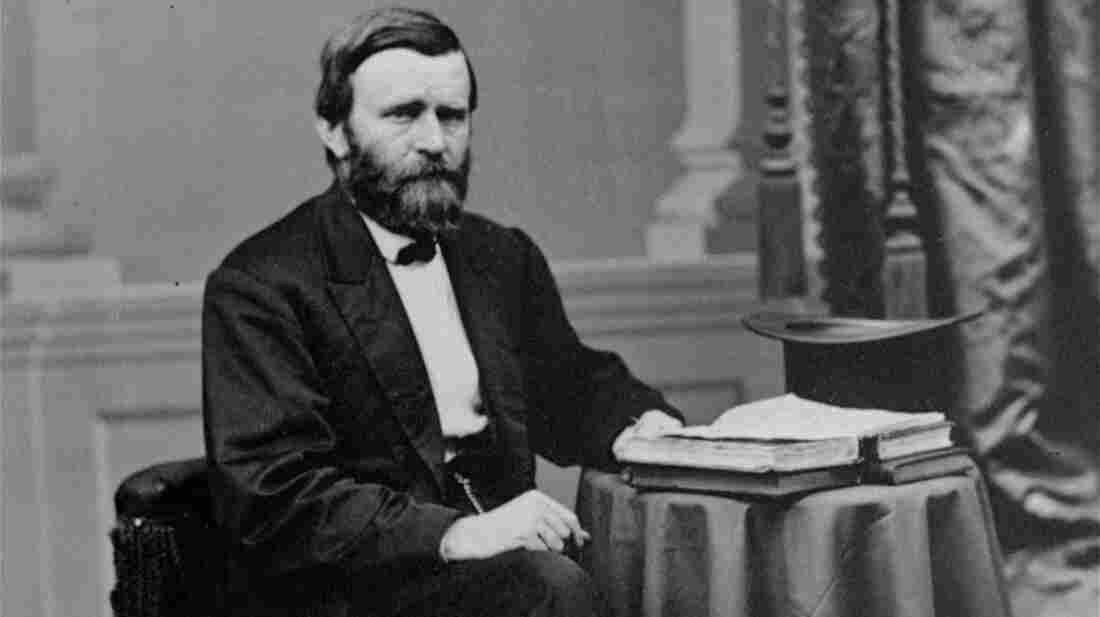 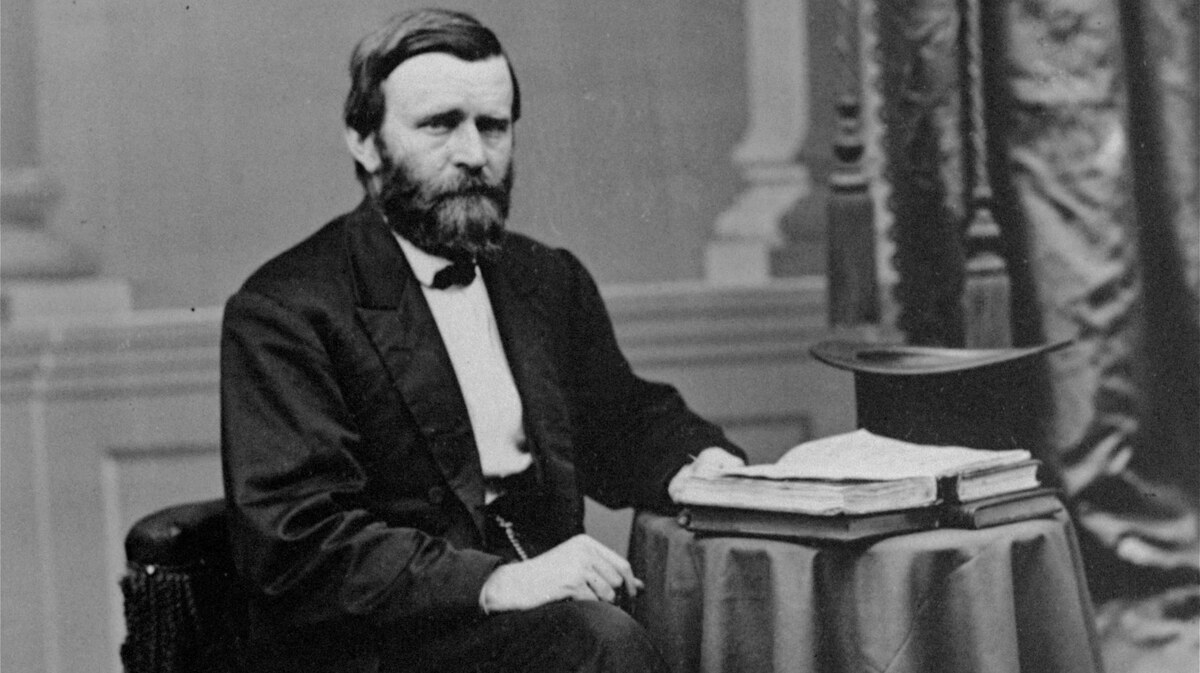 Ulysses S. Grant already had rather patriotic initials — the same as Uncle Sam's, after all — before the Civil War, but those two letters took on a new connotation with his success as a Union general. In 1862, Grant earned fame for his capture of Confederate-controlled Fort Donelson in Tennessee after sending his opposing commander the message: "No terms except an unconditional and immediate surrender can be accepted."

His successful demand earned him a new nickname — and his reputation as a general propelled him to the presidency after the war. 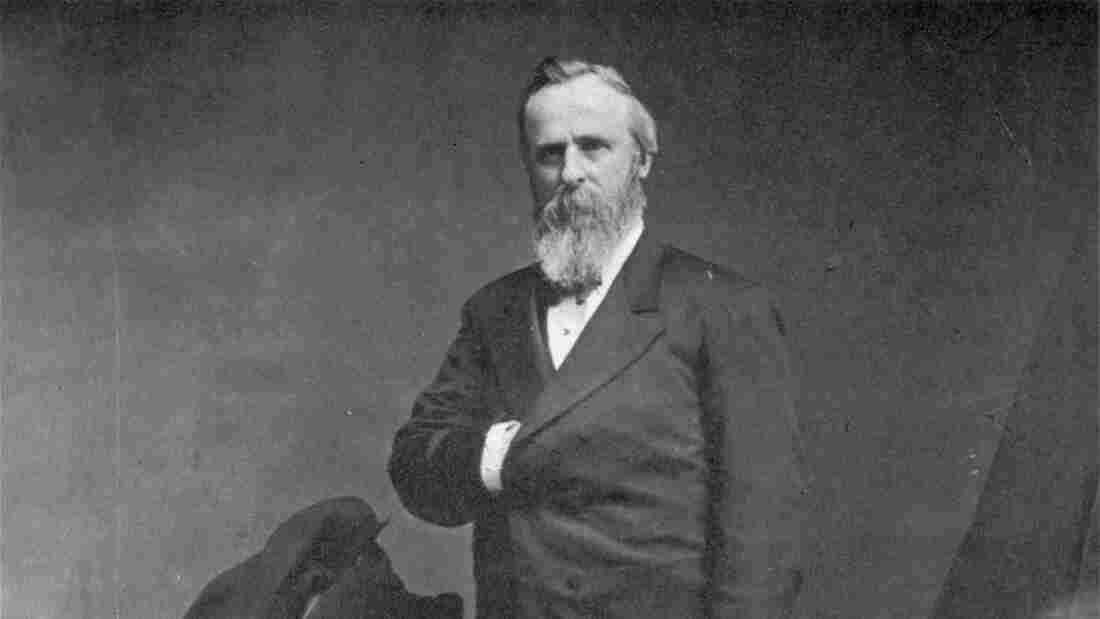 An undated portrait by Mathew Brady of Rutherford B. Hayes, 19th president of the United States. Mathew Brady/AP hide caption 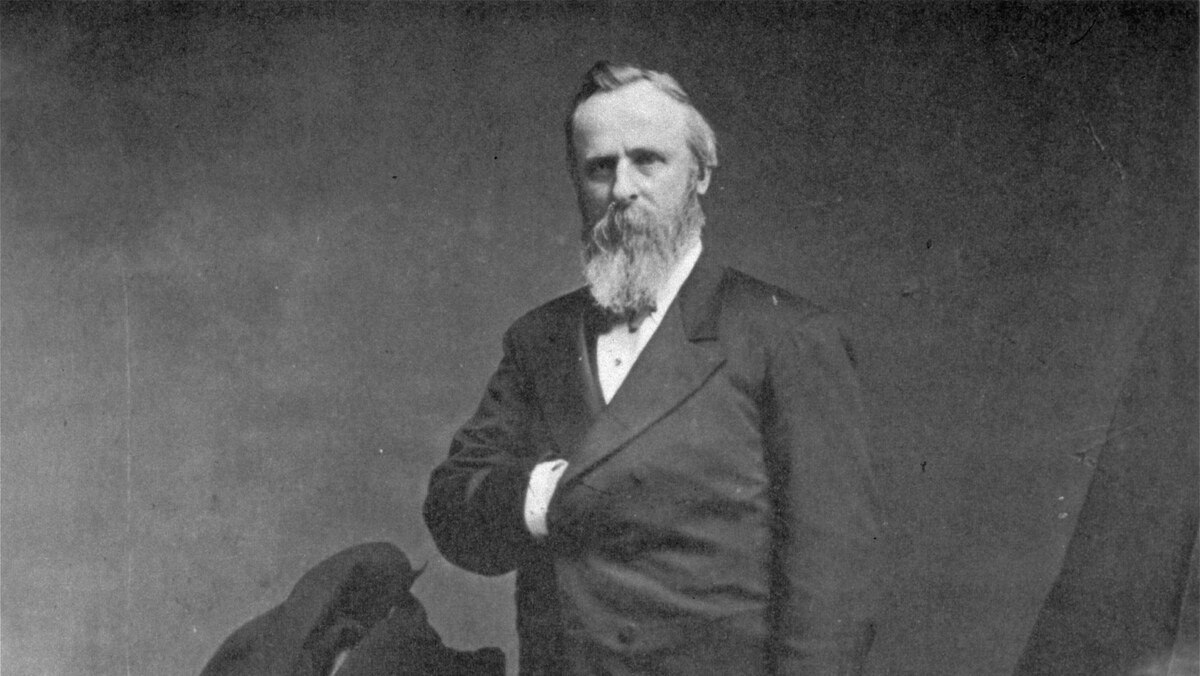 An undated portrait by Mathew Brady of Rutherford B. Hayes, 19th president of the United States.

Grant's successor, Rutherford B. Hayes, made it to the White House in a rather unusual way. As you may recall from history class, although the popular vote had favored Democrat Samuel Tilden over the Republican Hayes, the election of 1876 came down to a few contested electoral votes in a handful of states. After months of squabbling — Bush v. Gore was a speedy resolution in comparison — Congress finally created a commission to settle the dispute in early 1877. That group — eight Republicans and seven Democrats — came down in favor of Hayes (shocking, right?), and Democrats weren't happy.

It all came down to a last-minute deal. As PBS explains:

"The deadlock was broken behind closed doors when Southern Democrats agreed to support Hayes' claim for the Presidency if he would support increased funding for Southern internal improvements and agree to end Reconstruction, thus guaranteeing home rule — meaning white control — in the South."

That didn't stop outraged Democrats from tagging the new president with the catchy new moniker "Rutherfraud" (or, as some preferred, "His Fraudulency.") 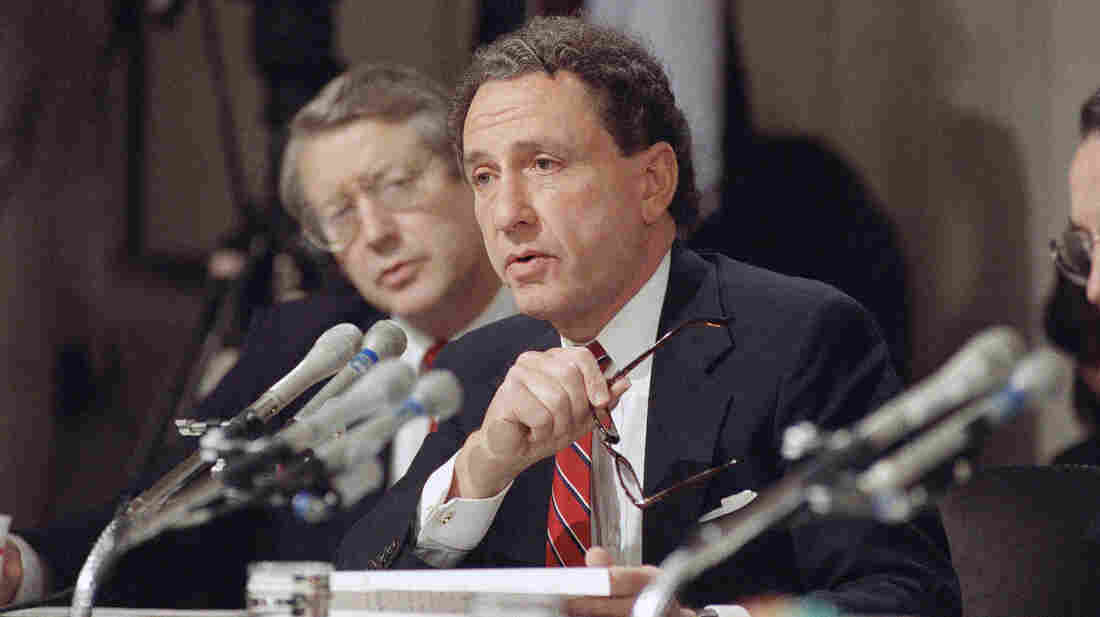 Arlen Specter, then a Republican member of the Senate Judiciary Committee, questions witnesses in a 1991 hearing on Anita Hill's allegations that Clarence Thomas sexually harassed her. Specter's handling of his questioning of Hill outraged many women. John Duricka/AP hide caption 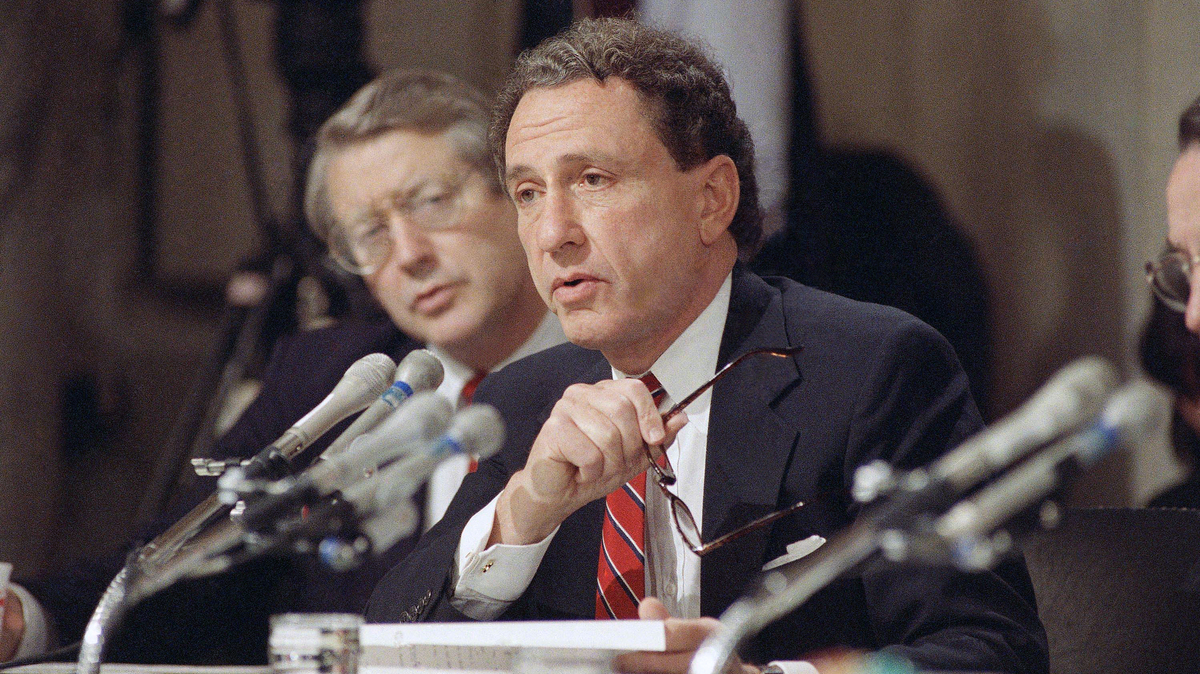 Arlen Specter, then a Republican member of the Senate Judiciary Committee, questions witnesses in a 1991 hearing on Anita Hill's allegations that Clarence Thomas sexually harassed her. Specter's handling of his questioning of Hill outraged many women.

When Arlen Specter died last year, the former Pennsylvania senator's obituaries were full of references to "Snarlin' Arlen." It's no secret how he got the nickname: Capitol Hill staffers voted him one of the meanest senators several times in Washingtonian magazine's surveys.

As NPR's Nina Totenberg reported in her obituary of the Republican turned Democrat:

"Specter was admired for his mastery of public policy matters large and small; respected for his hard work, his intellectual acumen and his sheer doggedness. But he was also notorious for his sharp elbows and porcupine-prickly personality."

When Totenberg asked Specter about the nickname in 2005, he told her: "It's a bad rap." 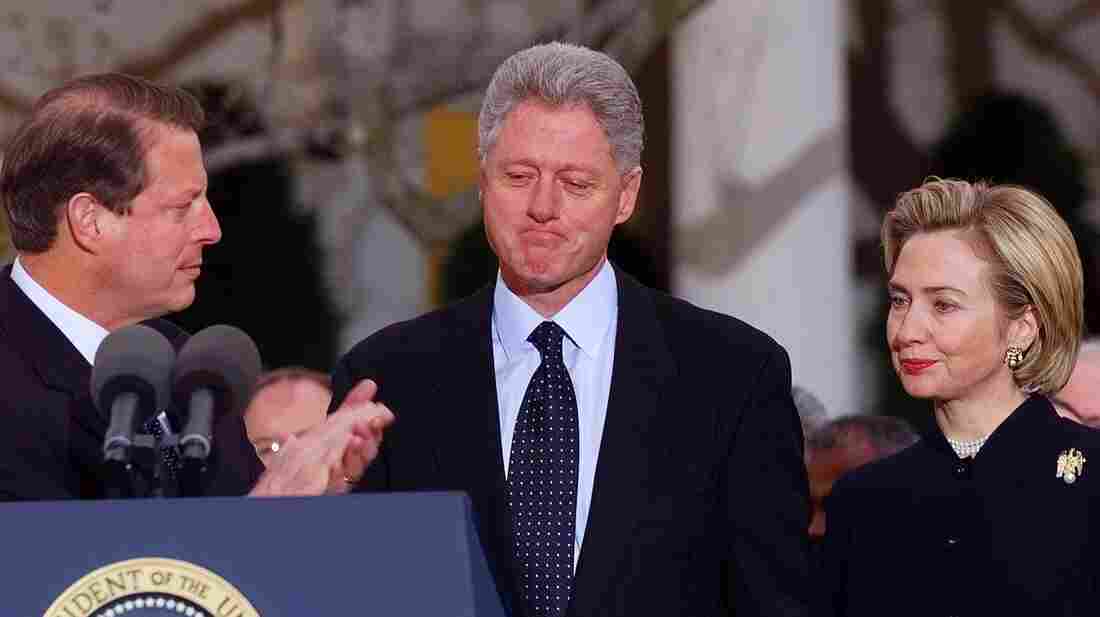 President Bill Clinton, with Vice President Al Gore and Hillary Clinton, is applauded outside the Oval Office after the House of Representatives voted to impeach him, in 1998. Doug Mills/AP hide caption 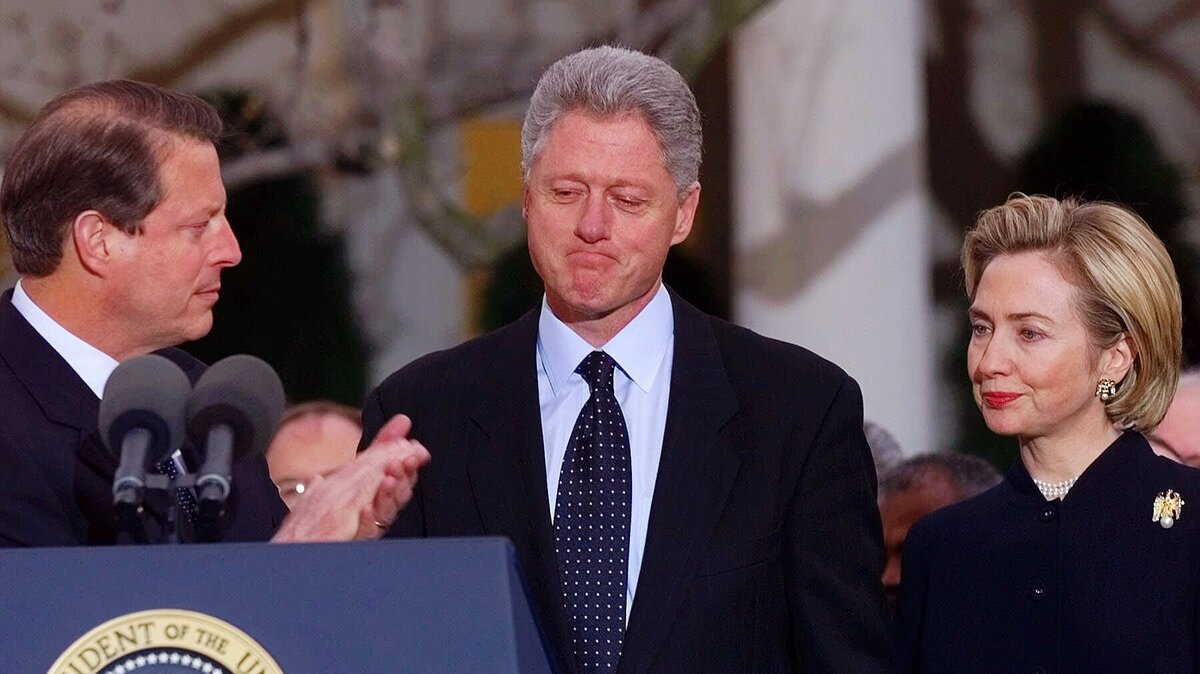 President Bill Clinton, with Vice President Al Gore and Hillary Clinton, is applauded outside the Oval Office after the House of Representatives voted to impeach him, in 1998.

Of all the nicknames President Bill Clinton racked up over his political career, this was the one he liked least.

Why? "For a very good reason," he told 60 Minutes in 2004. "No one could fairly look at my political life and say I didn't believe in anything."

But Paul Greenberg, who applied the nickname to Clinton back in 1980 during his stint as governor of Arkansas, certainly still thought it fit: "Bill Clinton may be confusing the term 'Slick Willie' with 'Empty Suit.' Both might apply in his case, but in addition to equivocation — at which he remains the master — the term 'Slick Willie' implies duplicity. Which is why I used it to describe his political persona."

And it stuck. It followed Clinton from Arkansas to the White House, and it gained particular relevance for his critics when he was accused of lying about his relationship with White House intern Monica Lewinsky.

As The Washington Post wrote the day after Clinton was impeached:

"You don't have to believe in this caricature. You don't have to embrace the talk show wisecracks or chortle as you surf the kazillion Web sites set up to demean William Jefferson Clinton, with their snide Pinocchio-nosed drawings and jokes about his sex life. But to understand how a twice-elected president, handsome and popular and backed by a strong economy, could unravel like kite string, it's helpful to revisit the saga of Slick Willie."

So whether his or any other nicknames are "earned" or not, what's clear is that they're hard to shake (even more than 100 years later).