Accessibility links
King Wing Presents Both A Problem And An Opportunity For GOP : It's All Politics In an odd way, Rep. Steve King could actually wind up helping Republican members of Congress who want to overhaul immigration laws.

King Wing Presents Both A Problem And An Opportunity For GOP

King Wing Presents Both A Problem And An Opportunity For GOP 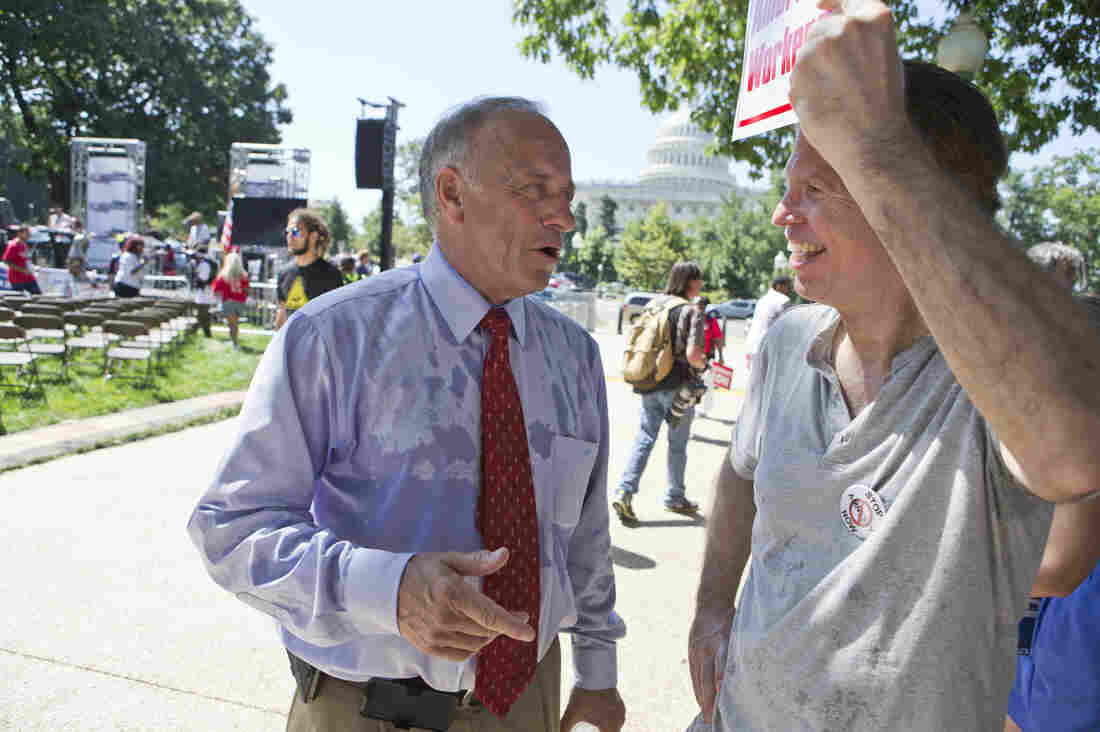 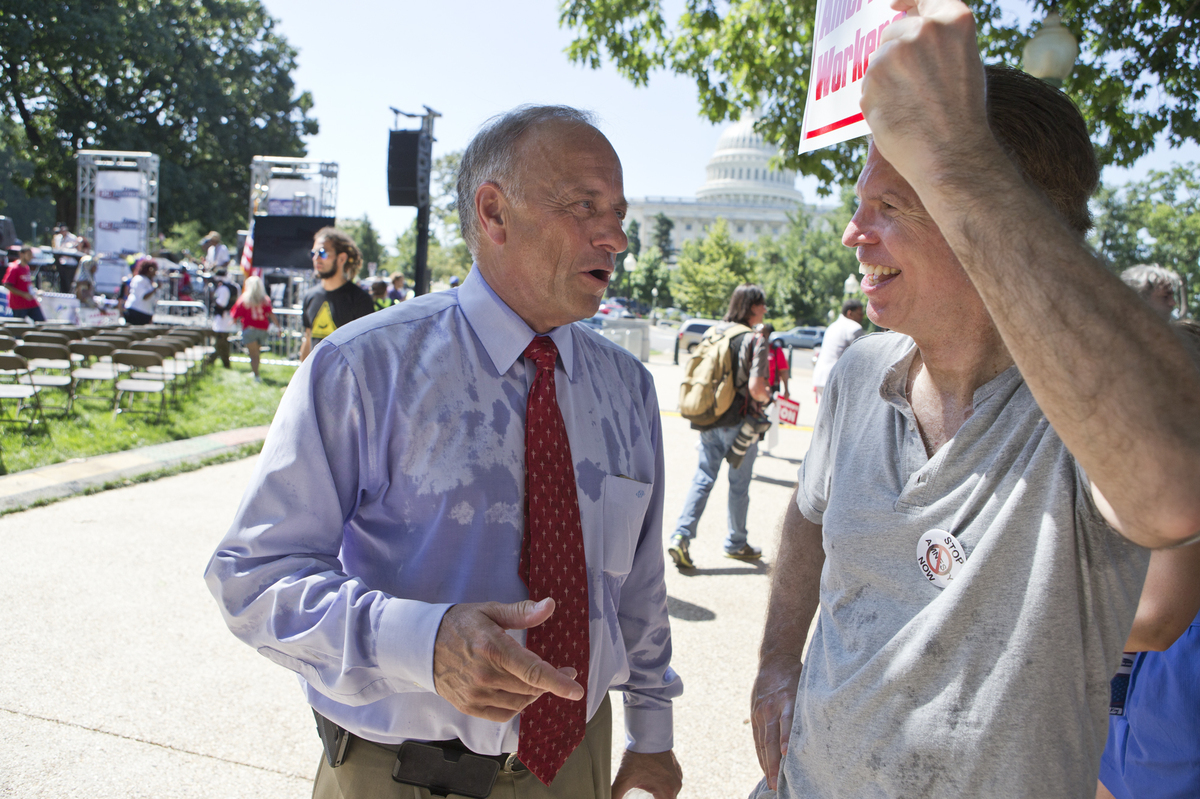 Both for the Republican Party, in general, and the GOP House leadership, in particular, Rep. Steve King's controversial comments about young immigrants who entered the U.S. illegally are a setback, to put it mildly.

King, as anyone knows who hasn't been single-mindedly focused in recent days on the birth of Prince George Alexander, caused a sizable ruckus with comments that are being called "hateful," "inexcusable" and "reprehensible" — even by some of his fellow House Republicans.

In a Newsmax interview last week, the Iowa Republican said of the DREAM Act argument that young people whose parents brought them into the U.S illegally shouldn't be penalized:

They will say to me and others who defend the rule of law, 'We have to do something about the 11 million. Some of them are valedictorians.' Well, my answer to that is ... it's true in some cases, but they weren't all valedictorians, they weren't all brought in by their parents. For everyone who's a valedictorian, there's another hundred out there, they weigh 130 pounds and they've got calves the size of cantaloupes because they're hauling 75 pounds of marijuana across the desert. Those people would be legalized with the same act.

Definitely not helpful to a Republican Party anxious to increase its appeal to Hispanic voters who in 2012 gave President Obama 71 percent of their votes.

While King is a one-man wrecking crew to the bridge Republicans are trying to build to Latinos, in a weird way he could also wind up helping GOP members of Congress who want to do something on immigration.

Like the uncle who utters outrageous things during the holiday dinner, King makes everyone else seem reasonable by contrast.

King gives them the opportunity to show sympathy with Latinos and put space between themselves and the notion they're anti-Hispanic.

True, many Latino voters may remain skeptical. But Boehner and company will still get to reinforce the message that the party isn't a monolith on the immigration issue.

Secondly, King gives Boehner a chance to marginalize those within the House Republican Conference who oppose any changes to immigration laws that would give a path to citizenship to at least some of those now in the U.S. illegally, like the DREAMers.

King gives the speaker the chance to say to his House Republican conference somewhere down the road: "Look, you're either with us or you're with Mr. Cantaloupe Legs over there. We give the party the best chance to win national elections in the future. He doesn't."

Assuming negotiations happen at some point on immigration with the Senate, Democrats and White House, Boehner can point to the Steve Kings in his conference and say: "We want to do something on this immigration legislation but you see the kind of attitudes some of our people have. So I can't go as far as you'd like, but I'm going a whole lot further than some of my people would like."

So while King presents Republicans with a clear problem, he could also, in a perverse way, provide them with some opportunities.

Meanwhile, King is certainly the gift that keeps giving, to the news media at least. A sampler of his edgier quotes:

We could also electrify this wire with the kind of current that would not kill somebody, but it would simply be a discouragement for them to be fooling around with it. We do that with livestock all the time.

-- On the House floor in 2006, in opposition to President George W. Bush's immigration reform effort

Unicorns, leprechauns, gay marriages in Iowa — these are all things you will never find because they don't exist.

It turns out to be the best vote that I cast, was my 'no' vote to the $51.5 billion to Hurricane Katrina. That probably was my best vote.