Accessibility links
Cory Booker: Supermayor Or Self-Promoter? : It's All Politics Voters in New Jersey go to the polls next week in a special primary election for a U.S. Senate seat. No one on the ballot has more name recognition than the Newark mayor, considered a Democratic rising star. But Booker's critics say he's been more focused on his ambitions than on governing. 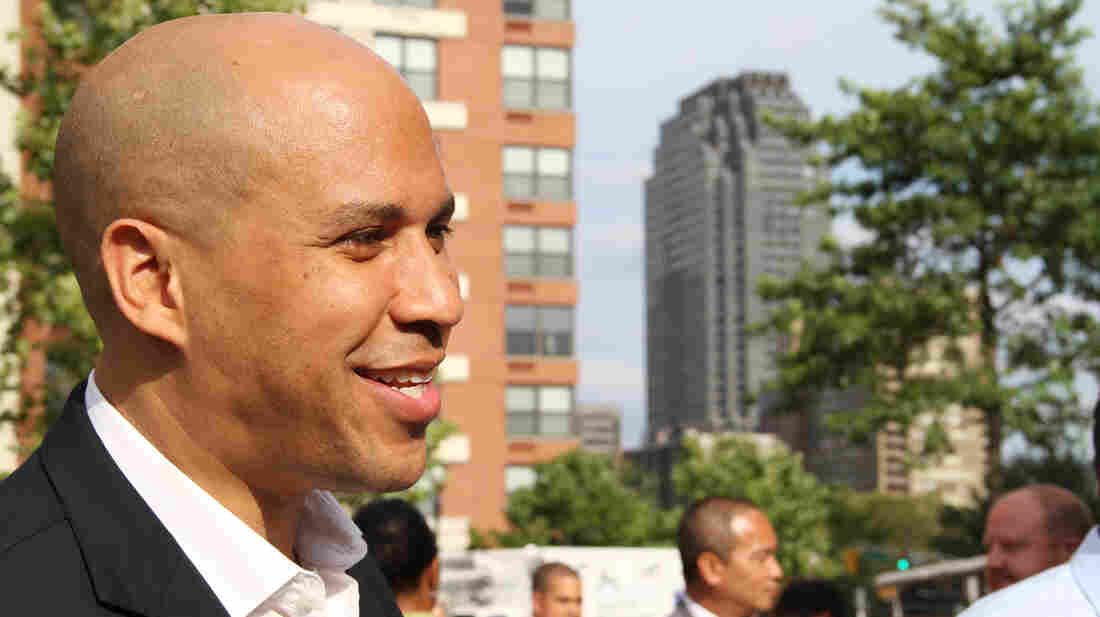 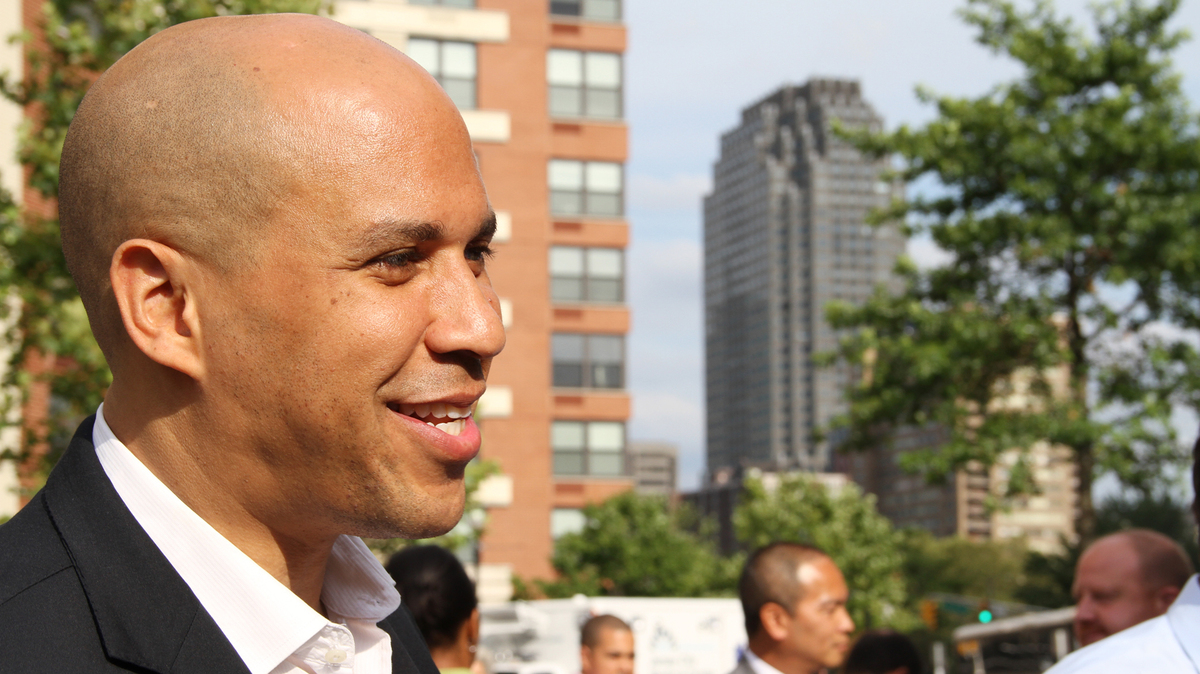 In one week, voters in New Jersey go to the polls in a special primary election for a U.S. Senate seat.

No one on the ballot has more name recognition than Cory Booker, the 44-year-old mayor of Newark, who is considered a rising star in the Democratic Party. But Booker's critics say he's been more focused on his own ambitions than on governing New Jersey's largest city.

In the seven years since Booker was elected mayor, he has been ubiquitous on Twitter and on TV. The telegenic African-American mayor has gotten lots of breathless coverage — for rushing into a burning building to rescue a neighbor, for shoveling sidewalks, even for helping a dog that was locked out of the house on a bitterly cold night.

Booker is a relentless advocate for a city that had become synonymous with urban decay. When he took office, Newark's population was falling and the crime rate was high. The city's previous mayor went to prison for corruption. Now, Booker says, Newark is a model for other cities.

"The development of our city dramatically has turned around," he says, "to the point where we're becoming again what Newark used to be: an engine for economic growth for our entire state."

Booker points to the construction of new office towers, hotels and grocery stores. The city's population is growing again, too, for the first time in decades.

'He Didn't Even Look Our Way'

But if you walk just a few blocks away from the shiny new construction in downtown Newark, you get a very different impression of the city and its mayor.

Terry Peterson, who lives in a neighborhood on the west side of Newark, says he hasn't seen any change. "You know, you still got crimes, drug-dealing," he says.

Jerry Brown says Booker hasn't done anything — except "getting his pockets fat."

Like Peterson and Brown, others across the city say their neighborhoods have not improved under Booker.

"Everyone thought it was going to be different because we stood up for him," says Cecilia Brailsford, who lives in the Ironbound neighborhood. "And when he got in, he didn't even look our way."

Booker's critics contend that he's more concerned with his own career ambitions than he is with the mundane details of running the city.

"Whenever there's a real issue in the city that needs to be resolved, the mayor is nowhere to be found," City Councilman Ras Baraka said in November. "The only way you can see the mayor is if you turn on Meet the Press."

'I Don't Question His Sincerity'

Booker grew up 25 miles north of Newark, in a leafy New Jersey suburb. The charge that he is using the city as a steppingstone to bigger things has come up before. But it hasn't stuck. According to one poll, 70 percent of Newark voters have a favorable opinion of Booker.

"I think he's definitely ambitious," says Andra Gillespie, who teaches political science at Emory University. "But I think he does want to do good. And so I don't question his sincerity in wanting to help the city of Newark."

Gillespie, the author of The New Black Politician: Cory Booker, Newark, and Post-Racial America, says Booker has been good for Newark and vice versa.

"Booker's been incredibly media-savvy and has been able to use that to his advantage," she says. "It's how he helps raise money for himself and for candidates that he supports. And it's helped him to be the player that he is today."

Last week, in Morristown, N.J., nearly 100 Booker supporters showed up to go for an evening run with the candidate. The big turnout reflects Booker's popularity. Recent polls show him leading his closest challenger in the Democratic primary, U.S. Rep. Frank Pallone, by more than 30 points.

Booker makes no apologies for his celebrity status. He says it has helped Newark attract development and big philanthropic contributions, like a $100 million gift to the city's schools from Mark Zuckerberg, the founder of Facebook.

"One of the things we need to start doing is bringing the national spotlight onto cities, changing the conversation about American cities," Booker says. "So having a voice that's out there challenging this, bringing more attention and light back to our communities, has a good effect."

The question is how much light will continue to shine on Newark when Booker is gone.